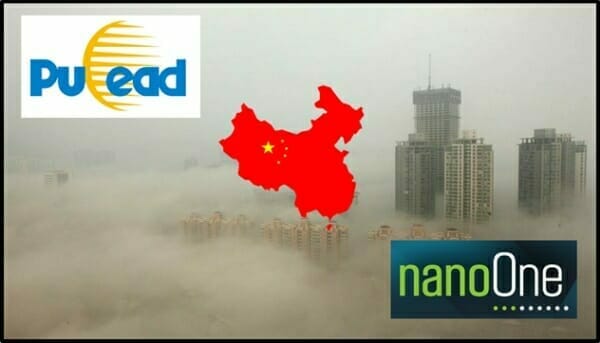 Pulead is one of China’s leading Li-ion battery cathode producers, with JVs in cathodes, separators, upstream lithium resources and large format battery packs.  An English version of the Chinese Pulead website can be found here.

On January 21, 2019, NNO announced that it has entered into a Joint Development Agreement with Pulead. 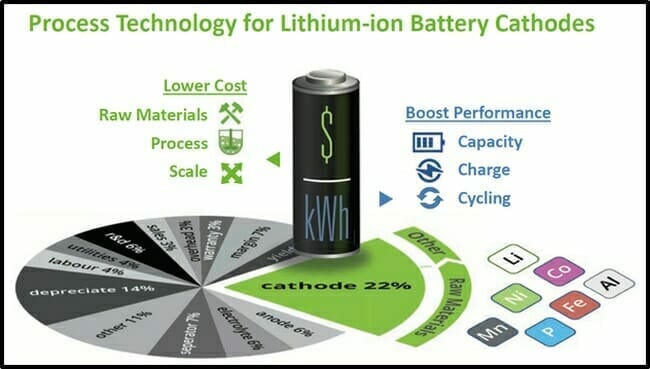 “We have identified viable raw materials, are refining our processes, and are evaluating resulting materials against target specifications,” stated Blondal, “Performance targets and economic modeling remain on track as we optimize Nano One’s innovative process for the commercial production of LFP.”

Blondal and his team believe that LFP will also play an important role in the electrical grid energy storage systems (ESS) market – where cost, safety and longevity drive purchase decisions.

“These are large opportunities,” stated Blondal, “and they address emissions targets head-on.”

The PMI 2.5 index measures the really harmful pollutants – the ones that get down into the lungs and never leave.

The World Health Organisation says anything above 40 is unhealthy.  Today, April 2, 2019 Beijing’s PMI is 125.  This writer has lived in Beijing when the PMI 2.5 is 800.  In the 2017 photo below, I’m heading to work through the Beijing Hutong wearing the obligatory particle-filtering mask. 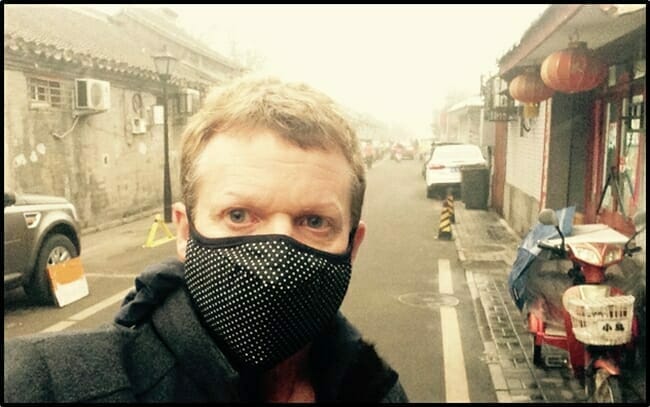 China is in the 6th year of a “war on pollution” aimed at improving air quality after 30 years of hyper-speed economic growth.  The government is taking action to eliminate outdated vehicles, cut industrial emissions and reduce its dependence on coal.

I saw evidence of this last winter, when my Beijing landlady removed a coal heater from the apartment, replacing it with an electric one that turned on at 3 a.m. – when electricity was cheap – and turned off at 9 a.m. – when it became more expensive.

The electric heater was full of ceramic bricks which captured thermal energy at night, and leaked it out slowly during the day while the heater was off.

“Do not ever think about launching environmentally damaging projects for growth, or any attempt to breach the red line of ecological protection, even when we meet some difficulties in economic development,” stated China’s President Xi.

LFP is a perfect technology for modern China because it is low cost, safe and durable, with low environmental impact and security of supply chain that avoids riskier materials such as cobalt.

“Pulead is a significant and respected LFP cathode producer and as their joint development partner, we are excited to be at the forefront of these emerging markets,” stated Blondal.

While LFP is Nano One’s main jam right now, the company continues to develop additives and coatings, in collaboration with various global automotive interests, to improve the longevity and stability of NMC (lithium, nickel, manganese and cobalt) batteries.

You can tour NNO’s Burnaby BC, pilot factory here.