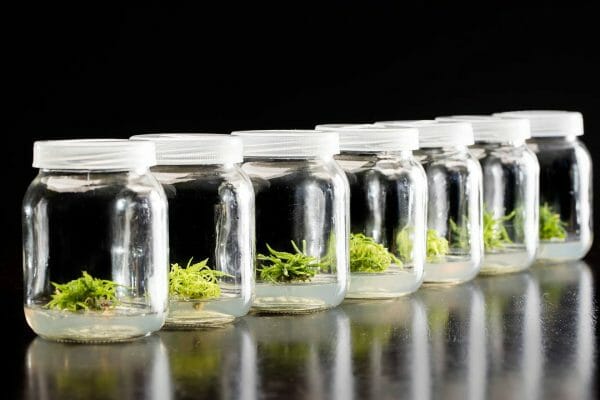 It is well understood by now–academically in some cases, painfully in others–that an LP’s problems do not increase on a linear scale. As a facility doubles its size and personnel, issues surrounding plant health far outpace it.

Newstrike Brands (HIP.V) and its subsidiary, UP Cannabis, recently recalled the seven-gram jars of flower they had sold to the Alberta Lotteries and Gaming Commission. A small recall by a small player.

In October 2018, rumors about crop-loss at Canopy Growth’s (WEED.T) Aldergrove facility in B.C. began to surface. Online spectators alleged impropriety from Canada’s largest LP, each advancing different theories as to the cause of death–all of which the company denied.

Although what killed Canopy’s crops was never independently verified, the controversy revealed the threats facing LPs no longer involved quaint disputes over packaging or patient recruitments but the destruction of assets valued in the millions.

To protect their investments, some Canadian producers have solicited the assistance of plant genome-mapping scientists from companies known as tissue culture (TC) labs. These specialists use cutting-edge techniques to protect their clients’ assets from pathogens, parasites and other biological threats.

Experts warn that as Canada’s cannabis production facilities in grow in size, the possibility of infection–if countermeasures are not adopted–shifts from a theoretical threat to a matter of when.

Biological threats to Canadian growers are just coming into focus, as cultivators bring their large-scale facilities online. But in California, a mature cannabis market despite Federal illegality, these issues have been present for years.

In 2016, California produced 13.5 million kilograms of cannabis. By comparison, Canada’s weed sector is still in its infancy: projections of Canada’s output by 2020 only top three million.

California produces roughly five times more cannabis than all of Canada, so the stakes are higher–and California is investing in these biological safeguards.

Segra International specializes in a form of TC known as micropropagation–a technique some describe as highly-sophisticated cloning–as a means of defense against the systemic crop loss faced by growers increasing the scope of their operations.

Segra’s CMO, Ian Davidson, also has what he describes as a “little consulting company” in California which grew more cannabis in 2018 than the top five Canadian LPs combined.

After scaling up his operations to 50,000 plants a week roughly two years ago, Davidson learned about the necessity of implementing micropropagation techniques the hard way.

“We had about 40,000 clones die in a two-day period from a fungal disease known as phytophthora,” Davidson said. “At that point, we didn’t even know phytophthora could grow on a cannabis plant.”

After hiring a plant biologist to diagnose the infected plants, Davidson began to study TC technology and how it could have saved his plants.

The micropropagation process is this:

Initiation is where an LPs genetics are examined and purged of all contaminants. Then, cells are extracted from the mother plant and grown into plantlets using test tubes. Davidson said this process is constantly repeated and can multiply the existing stock of plantlets by up to a factor of seven every month.

Once grown and rooted, these plantlets have a far greater chance of avoiding contamination than clones derived from traditional stem clippings thanks to the purging process completed at the operation’s outset.

It’s after rooting that companies like Segra will ship the plantlets to the client. Thousands of these plantlets can be stored in a styrofoam container the size of a personal printer.

Besides maintaining plant health, batches of clones born out of micropropagation also contain “uniform secondary metabolite production.” Ergo: every plantlet sourced from a single mother plant will grow to contain the same amount of cannabinoids such as CBD.

The use genetic modification–another branch of TC–has ancillary benefits. TC limits the amount of pesticides necessary to maintain plant health, according to Davidson.

Plants made with TC techniques are disease-free, meaning, they require as little as one-quarter of the pesticides a non-TC plant may require.

“You wouldn’t have an organic strawberry industry without TC,” stated Davidson, “it’s been critical to keeping strawberries disease-free.”

John Fowler, CEO of Supreme Cannabis (FIRE.V), is a convert to the benefits of TC.

“Sega’s technology wasn’t just a science project that looks good in the lab,” Fowler said. “They actually had ideas of how they could improve the business model.”

Fowler said TC labs will become critical as the cannabis industry moves from what he calls a “farmer’s market model” to a packaged goods model.

“Without tissue culture, if you want to keep a genetic alive, you have to keep an actual plant alive and you keep cloning her and remaking her, but an infrastructure problem or mildew problem can wipe those genetics out,” Fowler said.

With TC labs, the destruction of a mother plant, formerly a disastrous outcome for an LP, can be easily rectified: samples taken from the mother plant can simply be regrown into an exact copy.

Though age-old, the Canadian cannabis sector has only recently begun the adoption of TC. Industry insiders say the majority of cannabis available through government stores is still grown from a mother plant without the use of TC.

The danger of having a mother plant on the shop room floor is that it is constantly faced with contamination. One unsecured beard net could be the cause of a costly outbreak of disease which can halt production outright.

As a safeguard against this scenario, Segra also offers to house mother plants offsite in a secure facility to be handled only by trained experts.

Instead of an LP maintaining a room full of expensive mother plants within their facility, the ‘cloned’ plantlets which could be used instead are easily replaceable. If there is an outbreak, more can simply be sourced from the untainted mother stock.

This option allows producers to convert the section of their facility, formerly dedicated to their mother plants, back to production. According to Segra, the revenue gained from the additional production space covers the cost of their services.

Another concern for an LP is the issues surrounding imported genetics, according to Fowler. Canadian LPs don’t have the access to the same number of strains as the illicit market and Supreme’s CEO said there is palpable excitement within the industry to bring new genetics in from overseas, though this comes with its own dangers.

“Accepting clones into your grow facility, is the cannabis equivalent of unprotected sex,” stated Fowler. “You gotta really know your vendor on the other side. Tissue culturing is your condom in that it keeps you safe.”

“Tissue culture is in every other agriculture sector,” Malik said. “For whatever reason, people in Canada are slow to embrace new technology.”

Biome’s CEO cites the continued use of HPS lights by Canadian LPs – an obsolete technology given the advent of LEDs.

Although some LPs do their TC work in-house, Malik said he understands the importance of companies like Segra to the cannabis sphere.

I’d say the top 10 [LPs] are doing it in house. Nobody else has the wherewithal to. Outside of the top 10, I’d say only 20 percent are wanting to do it in-house so it’s a pretty big market out there,” Malik said.

Having seen the benefits of TC within cannabis cultivation first hand, Davidson pitches Segra’s services to LPs as a fellow grower who understands the industry’s challenges.

“I’ve been particularly effective with Segra,” stated Davidson, “because I can say ‘look, I’ve already had these problems. Let me save you as you’re scaling up.”