This Aphria (APHA.T) story just keeps getting richer, and the unbelievable lack of respect this company is giving the market and regulators is a sight to behold.

So now we’re into the dead days of the 2018 market, just after Christmas and right before New Year, when few are looking.

Personally, I made my guys keep working this week because I suspected someone would dump some serious bullshit into the market, much like how Organigram (OGI.V), back in the day, waited until five minutes before the close of trading on December 31 a few years back to announce they’d have to recall product.

So what new indignity has been spilled upon shareholders and those looking for comfort in a well regulated public market now?

Why, an ‘unfriendly’ takeover attempt of Aphria! Shocker!

Xanthic Biopharma Inc., doing business as Green Growth Brands Ltd., currently intends to make an offer to purchase all of the issued and outstanding common shares of Aphria Inc., which it does not already own.

The Offer will provide Aphria shareholders with 1.5714 common shares of Green Growth (the “Green Growth Shares”) for each Aphria Share and represents premiums of 45.5% over Aphria’s closing price on the Toronto Stock Exchange (the “TSX”) on December 24, 2018 and 46.0% over Aphria’s volume weighted average price on the TSX for the last 10 trading days ended December 24, 2018. The Offer values Aphria at approximately C$2.8 billion (US$2.1 billion) based on a valuation of C$7.00 per share for Green Growth Shares.

Apparently they’ll be raising $300m to help finance the deal, at a time when the weed market is being crushed, to buy a company that is being super-crushed, sued, and that may not be able to keep its CEO employed much longer. The remaining $2.5 billion needed to complete the deal would require the dispersal of 3x more Green Growth shares than are currently outstanding.

But before we start high-fiving Aphria CEO Vic Neufeld for escaping his death spiral, let’s ask some questions, just to play devil’s advocate.

That last one, she’s a beauty, isn’t she? Follow along. This is from Green Acre Capital’s ‘about us’ page. They run GA Opportunities, which financed Green Growth earlier. 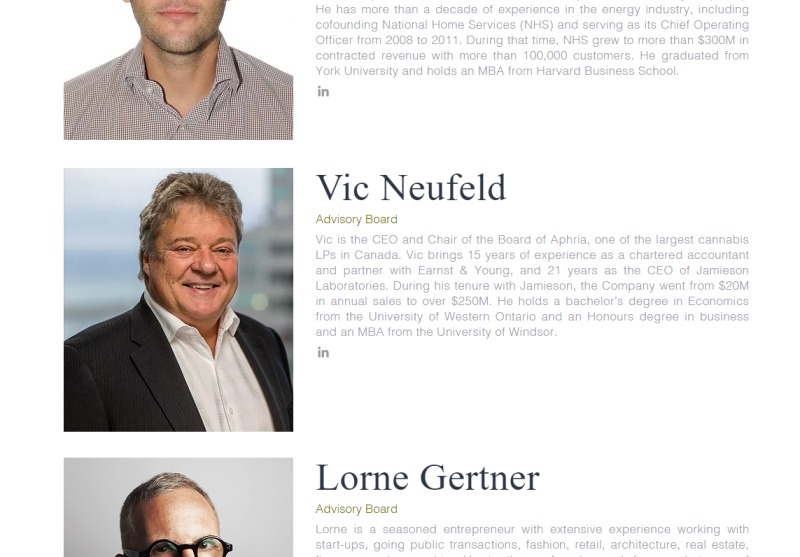 He’s fucking doing it again, right under your noses.

any happenstance that the CEO of $APHA, Victor Neufeld is on the advisory board of Green Acre Capital (owner of $GGB)? This is yet another shell pump and dumps to cover the fraudulent transactions $APHA has been involved in. Cant make this up. @HindenburgRes pic.twitter.com/wtiDFF4VGC

This deal is about as ‘unfriendly’ as Trump and Putin taking morning tea in the honeymoon suite. If there isn’t a reacharound going down behind the scenes, someone’s missing an opportunity.

How do we know this deal isn’t ‘unfriendly’?

Prior to announcing its intention to take the offer directly to shareholders, Green Growth engaged Aphria’s board to attempt to negotiate a friendly business combination that included, among other things, a very short exclusivity period to allow both parties to seriously consider the combination; a full go-shop provision in favour of Aphria; and the preservation of Aphria’s management and commitment to board representation at the combined company.

First, investors who are underwater having bought at $20 aren’t taking $11 in Green Growth stock as a salve for their losses.

Second, Green Growth doesn’t have the coin, and if it does somehow find it, and get investor agreement, it’s only moving the class action lawsuit and bullshit asset purchases to another ticker.

Third, THIS IS NOT ABOUT A TAKEOVER.

Neufeld has been promising his line by line rebuttal for weeks now, most recently suggesting they were saving it for their quarterly finance results on the 11th of January. Well, they certainly can’t get into that now, assuming a ‘quiet period’ while they entertain their unfriendly offer.

And they certainly won’t be firing Neufeld, right in the middle of such a big deal – that he’s on the other side of.

How stupid do these guys think you all are?

As for Green Growth Brands, this outfit is basically Choom (CHOO.V) with a higher market cap. They have what appears to be two dispensaries, a couple of nobody weed brands, and Xanthic as assets. They’ve never had more than $80m in cash and recently had a big upward stock run that went entirely contrary to market tides, without any timely news to propel it. 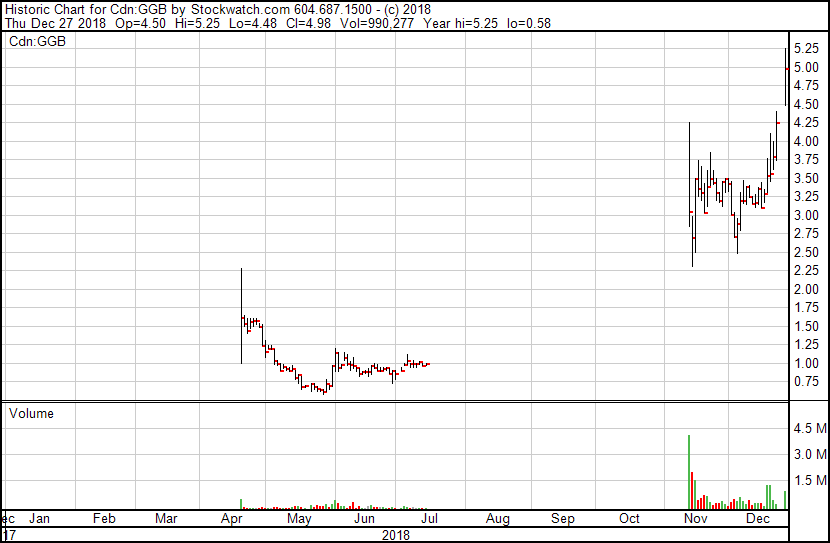 You know, like you might expect if you had inside people trading on information that wasn’t public yet, I dunno.

And before any of y’all try to suggest the Neufeld connection is coincidental, here’s this, from Aphria’s last quarterly statement (numbers in 1000’s):

Green Acre Capital
The Company committed $2,000 to Green Acre Capital Fund I and, as of the balance sheet date, has funded the full $2,000. During the period, the Company committed to a $15,000 investment in Green Acre Capital Fund II to be launched before December 2018. The Company determined that the fair value of its investments, based on its proportionate share of net assets, was $3,763 as at August 31, 2018. Subsequent to quarter-end, the Company received a dividend of $700 from its investment. Subsequent to quarter-end, the Company transferred assets with a fair value of $30,542 to GA Opportunities Corp. in exchange for a promissory note, bearing interest at 12% per annum due in 5 years. Simultaneously with this transfer, the Company entered into an option agreement to repurchase the assets acquired by GA Opportunities Corp. for the value of the promissory note. The Company will pay an annual fee equal to 12.3% of the face value of the promissory note to maintain this option. In the event that the assets acquired by GA Opportunities Corp. qualify as US cannabis assets, the option to repurchase the shares is subject to the same Conditions described in note 13

There’s more, like the assets Aphria has purchased that are specifically held by Green Acre, such as Green Tank Holdings, which presumably holds Green Tank Technologies stock for them so they don’t fall afoul of rules preventing publicly listed LPs owning US assets.

And speaking of those rules, how exactly could this company actually combine and stay on the Canadian exchanges? Aphria has had to divest and arms length its US holdings to date to skirt around the rules, but Green Growth appears to think those rules don’t apply if this goes through:

Combining Aphria with Green Growth is the fastest way to create significant value for shareholders of both companies. The combined entity … Creates an unparalleled North American player with Canadian and U.S. operations. Aphria has a large footprint in Canada and supply agreements with all provinces and the Yukon territory and strong strategic partnerships establishing wholesale supply agreements Green Growth operates vertically integrated cannabis operations, including cultivation, manufacturing and retail assets in Nevada, including recently being awarded seven retail cannabis dispensary licences. Together, the pro forma company will have a strong foundation, extensive retail relationships and infrastructure to capture significant future growth as international markets evolve.

We’ve called it right all the way along so far. The short sellers were right. The class action suits will win. Vic Neufeld will be cast overboard – and that’s already real close to happening, since he just lost his chairmanship as I was writing this.

APHRIA APPOINTS IRWIN D. SIMON AS INDEPENDENT CHAIR OF BOARD OF DIRECTORS

Aphria Inc. has appointed Irwin D. Simon as independent chair of Aphria’s board of directors, effective immediately. Vic Neufeld, the current chair, will remain Aphria’s chief executive officer and a director on Aphria’s board. The appointment of an independent chair advances the company’s governance best practices, with the board now comprising 10 directors with a majority, or six directors, who are independent. Aphria remains committed to strong corporate governance and promoting a culture of integrity and ethical behaviour throughout the organization.

Aphria is done. No takeover will happen and if you buy based on expectation of one, you’re in for a rough ride. All told, an utter fucking shambles.

Investors shouldn’t just reject this fake deal, they should also demand a new board.

ADDENDUM: Short shop Hindenburg Research has more, though also a clear bias that should be considered.