Why I made my first crypto trade this week

Good trading ideas naturally bubble to the surface if you spend enough time watching the markets.

So it was last Sunday when I felt the urge to buy some crypto for the first time.

The way I see it, crypto is now at the same level Las Vegas real estate was back in 2009 after the GFC. 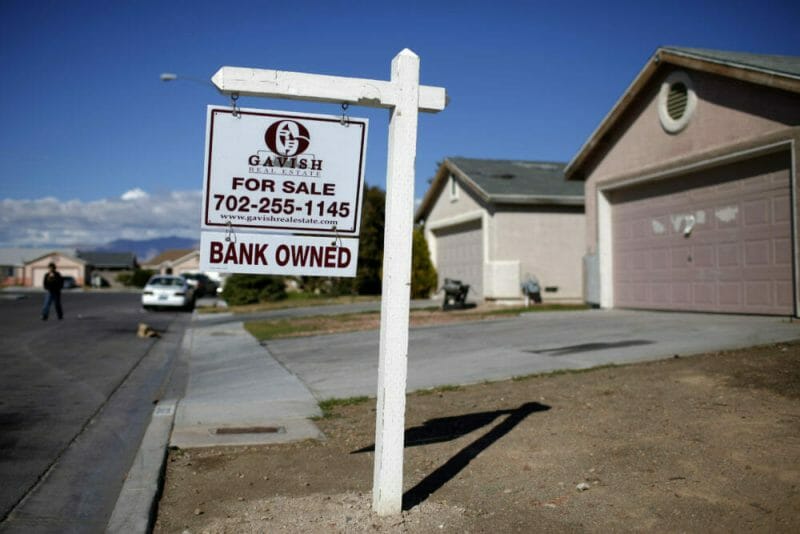 FILE – In this file photo taken Feb. 18, 2009, a for sale sign stands outside a bank-owned home in North Las Vegas. A record 12 percent of homeowners with a mortgage are behind on their payments or in foreclosure as the housing crisis spreads to borrowers with good credit. And the wave of foreclosures isn’t expected to crest until the end of next year, the Mortgage Bankers Association said Thursday, May 28, 2009. (AP Photo/Jae C. Hong, File)

My poison of choice – XRP, also known as Ripple. I backed up the truck and loaded the filthy lucre for USD 0.29 each. I’m intending to add to the position in coming weeks, so if the trade goes against me in the short-term I’m more than OK with that.

I won’t lie – the price was a large factor.

It’s now trading at less than ⅒th of its peak price, having topped out at USD $3.40 at the height of the Bitcoin frenzy 11 months ago. 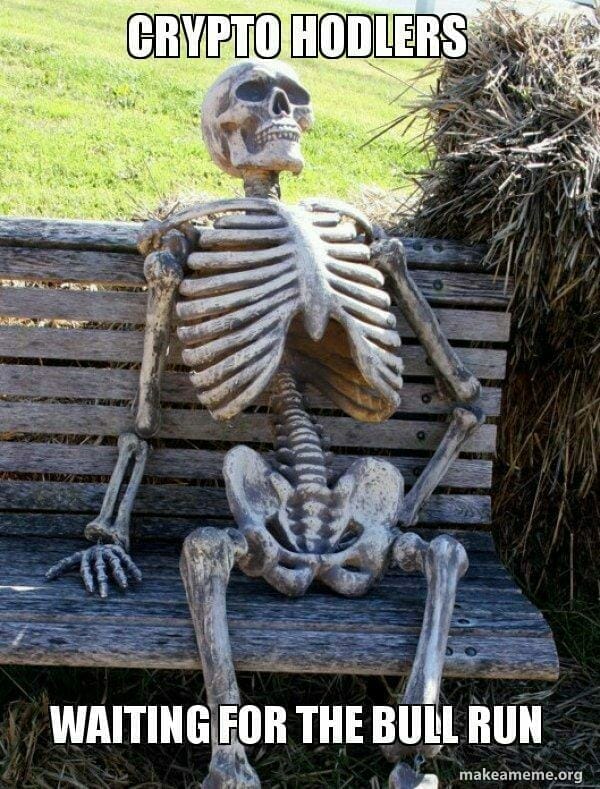 If crypto catches a new wave, it’s not hard to see XRP doubling from here – can’t say the same thing about Bitcoin.

Additionally, these factors played a part in my decision making process:

The number of partners Ripple (XRP) has signed has grown tremendously over the past few months. Even during the bear market, Ripple (XRP) has been signing partners left and right and their presence is felt across the financial landscape today. Major financial institutions like the Bank of America, Santander and now GMT have all joined hands with Ripple (XRP). Source: cryptodaily.co.uk

When the cops raid the brothel, everyone is arrested, including the piano player

The crypto bear market which has played out over the past 11 months has been brutal. I’ll hand you over to veteran trader Peter Brandt who shares his thoughts on where we are now in the crypto carnage cycle.

Won’t be watching the price every day. Ping me when it clears $0.60 and I’ll be a happy camper.

How much did I invest?

The amount’s not important – enough to feel I have skin in the game and hurt just a little if all goes pear-shaped but not so much that I’d have to hock the wife’s gold if that scenario plays out.

Trading, above all, is largely about position size.

Crypto looks way oversold and in the parlance of our times “This aggression will not stand, man!”

Anyone who missed out on making life-changing dollars the first time around now gets a 2nd bite at the apple.

FULL DISCLOSURE: The author is long XRP, and likely a Hodler should things go pear-shaped 😆

Thanks for stopping by! Thanks – Yeah, it’s running away a little too much though – want to add to the position but won’t have any more cash until the new year. Traders are never happy – you always have too little on when it goes your way and too much when it goes against you 🙂

Hi Craig, what trading platform are you using to trade crypto?

I’m based in Thailand – I used bx.in.th (Thai Bitcoin Ltd). As far as I could ascertain they appear legit. Good customer service. So far so good (let’s hope it stays that way!)