My older sister once complained that our Mom favored me because, “Every time she looks at you, she feels grateful that you are not in prison.”

And so it is with Lifestyle Delivery Systems (LDS.C) – a vertically integrated weed company with an isogenic pollination nursery and state-of-the-art production facility in California, producing oils and cannabis-infused strips (similar to breath strips).

LDS is older than most of the weed companies around. 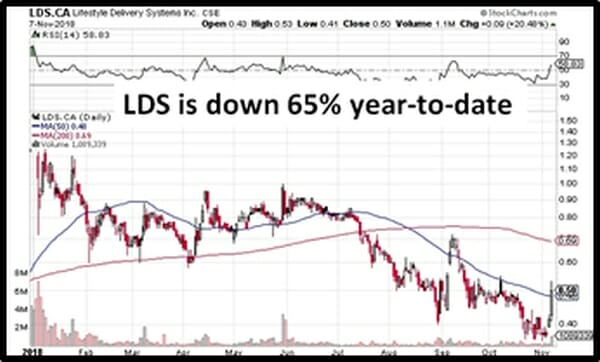 It’s not enough for LDS to stay out of prison.

Rêveur Corporation continues to increase its revenue month-over-month, and the Company expects this trend to continue for the month of November 2018.

“Congrats to longs today,” wrote one relieved investor on the bull-boards, “They did over 1 million in revenue selling white label oils. Reveur was only on sale in one dispensary. We should expect to see Reveur for sale in more locations this month – which could help grow revenue further.”

“The revenue was associated with sales of extracted distillate, marking the beginning of white label distillate production,” stated the press release, “The Company has redesigned all of its packaging for Rêveur and CannaStrips to meet the latest California regulations which went into effect on July 1, 2018.”

As one analyst sagely pointed out, “This proves the machines are working”. 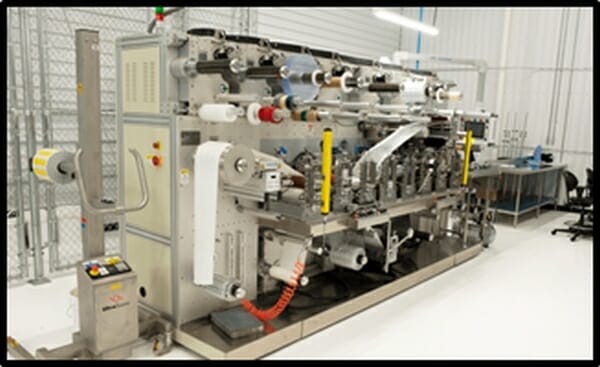 “These latest revenue numbers are very encouraging and are possibly the best representation of the future outlook for the Adelanto facility,” stated LDS’ CEO, Brad Eckenweiler.

A year ago, we drove two hours east of Los Angles to Adelanto, CA – famous for having three prisons inside its city limits – two of them owned by the $2.6 billion Geo Group (GEO.NYSE).

You can follow our camera through the LDS Adelanto facility.

“The ability for our shareholders to directly connect Rêveur Corporation revenue to LDS is beneficial for the Company and its shareholders,” stated Eckenweiler, “We are looking forward to Q4, 2018 revenue results.

Rêveur has generated over two million dollars in revenue to date.

LDS has also scheduled clinical trials to define the bio-availability benefits of the CannaStrip technology.

These clinical trials are expected to quantify the enhanced delivery method of CannaStrips compared to other forms of delivery.

It is possible that LDS – with its scientific DNA – is sitting in the cat bird seat.

On Wednesday, Nov 6, 2018 U.S. voters in three states voted to legalize weed, while the resignation of U.S. Attorney General Jeff Sessions, “one of the most virulently anti-cannabis politicians in the country” – was viewed as a positive for marijuana investors in the U.S. space.

Ballot initiatives to legalize recreational marijuana in Michigan and North Dakota succeeded, while allowing the drug for medical use in Utah and Missouri.

33 U.S. states plus the District of Columbia currently allow for legal marijuana use either medically or recreationally. 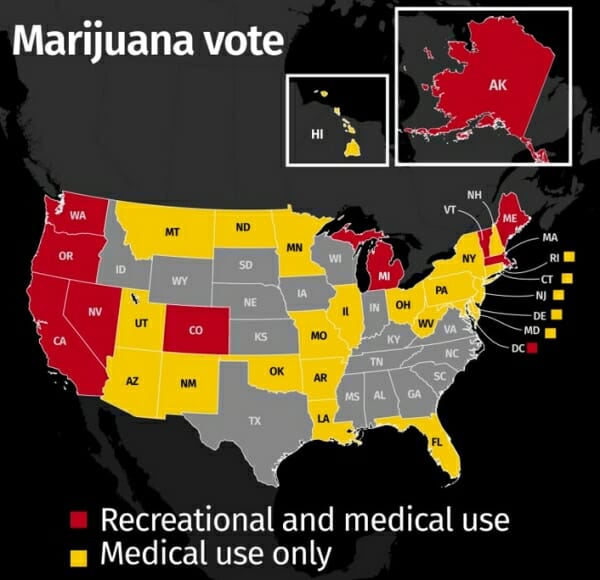 The CannaStrips allow for the inclusion of a wide spectrum of ingredients from over the counter medications to homeopathic, nutraceutical, vitamins and supplements.

The proprietary tech provides a novel way to accurately meter the dosage and assure the purity of the selected product.

This year, LDS’s progress has been eclipsed by the accomplishments of its younger siblings.

If the growth trend continues, 2019 could be LDS’s comeback year.

Full Disclosure: LDS is an Equity Guru marketing client, and we own stock.