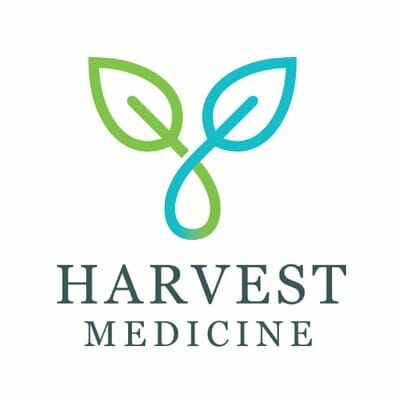 Harvest Medicine, a subsidiary of VIVO Cannabis (VIVO.V), has just released a new telemedicine app which could help bridge the long-troublesome gap between cannabis companies and insurance providers.

Through its HMED Connect app, Harvest Medicine aims to change that.

“I can’t disclose to you who we’ve talked to. What I can tell you is that most of the big insurance companies in Canada are looking at what to do with cannabis,” Shekhar Parmar, CEO of Harvest Medicine, said.

Parmar said he believes what Canada’s insurance companies–and pharmacy chains–want is for medical cannabis to have the same veneer of respectability as any other form of established treatment.

“Obviously we want coverage. The nature of some of these discussions has been: ‘because we trust your approach we would cover your patients but not everybody’s.’ That’s the hook for us,” Parmar said.

Because of the black and gray markets’ longtime proximity to cannabis, Parmar said insurance providers have been hesitant to involve themselves in the industry.

This is where HMED Connect comes into play. Beyond simply connecting patients to doctors which can prescribe them cannabis electronically, the app contains educational videos to inform users about the multitude of cannabis-related treatments.

Sharon Shore, senior manager of communications and media relations with Doctors of BC, said her organization surveyed physicians on their level of professional comfortability with prescribing cannabis.

Based on that survey, about one-third of respondents said they didn’t feel confident in answering patient questions about medical cannabis simply because there is insufficient evidence around it’s use for medical purposes, proper dosage, or potential health impacts.

For those in need of medical cannabis, not having a doctor who is willing to prescribe cannabis is a huge roadblock. HMED Connect can set up online consultations anywhere, circumventing this issue.

The app provides users with a number of features to educate themselves about medical cannabis. These include company-specific dosage charts and support mechanisms which assist less tech-savvy patients with completing the registration process.

For example, Parmar said generic advice about dosage can be confusing to first-time patients because each LP offers concentrated cannabis oil at varying strengths. If one is 15 mg/ml and another is 30 mg/ml, being told to take 0.3 ml twice a day will have wildly varying effects based on which company a patient has purchased their product from.

“That can be very confusing for patients. So what we did was create an LP specific titration table that has a photograph of the actual implement that gets sent to you. That way, patients are really familiar with what they’re doing and that the titration table is built based on that company’s specific strengths and formulations, not a generic guide,” Parmar said.

That is the difference between a company like Harvest Medicine and one like Namaste (N.V) which released their own telemedicine app earlier this year. The reviews are in and, well, you can see for yourself.

Parmar said Harvest Medicine’s app doesn’t collect data for marketing purposes or to route sales to its parent company, VIVO Cannabis. He said the app directs users to the best deals they can get, regardless of who’s offering them.

By taking a clinical and patient-focused approach to cannabis, Harvest Medicine believes they can coax insurance providers into getting involved with the cannabis industry at a much larger scale than they currently are.

“I think when we showcase our genuine medical approach and we showcase what a great, well run organization the medical cannabis field looks like, then they say ‘yes, these are the guys who are doing it right because they are doing all these other things that genuinely support the patient.’”

How data is shaping medical cannabis

HMED Connect assesses, tacks and educates users throughout the entirety of their treatment by collecting their data. This data gives Harvest Medicine the information they need to understand how patients as a whole are reacting to treatments and highlights which products are the most effective.

“This HMED Connect app was built on the over 45,000 patient visits that we’ve conducted over the last year and a half at our Calgary clinic location,” Parmar said.

“These are not individually identifying data points, but it gives us that data which says ‘hey, x number of patients who started using cannabis for sleep are noting that they have now come off these medications and are rating their sleep better.’”

Treating mental health is just as important to Harvest Medicine’s as physical ailments. in 2015, the World Health Organization estimated over 300 million people worldwide are affected by depression alone, roughly 4.5 percent of the entire population.

To combat this, Harvest Medicine routinely tests patients suffering from mental illnesses like anxiety and depression every three months, a non-mandated policy which was developed in-house to better serve patients.

The GAD-7 and the PHQ-9 are tools used to measure the levels of someone’s anxiety and depression. The data gathered from tests like these track the effectiveness of cannabis as a way to combat mental illness, something Parmar believes is the key to getting insurance companies onboard.

“Armed with that kind of data, which the platform helps us gather also more so, we can go to insurance companies, we can go to provincial healthcare coverage companies and say, ‘look, here’s real data that showcases the efficacy of this treatment and you should be covering this.'”

While useful to informing discussions about cannabis’ efficacy as a treatment, the vulnerability of this data being transmitted electronically is undeniable.

The Office of the National Coordinator for Health Information Technology found that laptops, network servers, computers and personal devices “made up 51 percent of data sources of all healthcare data breaches that affected more than 500 individuals” in the US between 2010 to 2015.

To safeguard this sensitive information, Parmar said HMED Connect uses the same encryption software as online banking programs and a number of other features to keep this data secure.

“From our architecture and design straight up, there is absolutely zero private information stored on your local device. If you lose your phone and somebody gets access, they’re not getting access to your personal information,” he said.

Safe, user-friendly and already turning heads in the insurance world. We think this app is going to change the game. Period.