Isodiol (ISOL.C) is selling hemp like it’s going out of style 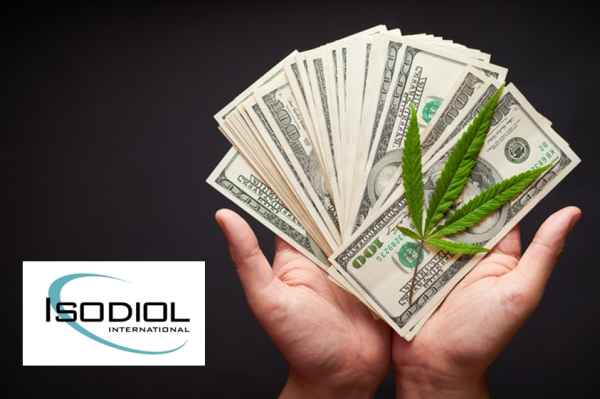 Publishing a cannabis article on October 23, 2018 is like talking about the humidity in Florida City, the day after category-4 Hurricane Michael tore it a new one.

Yes, there is an elephant in the room.

Over all, The Canadian Marijuana Index was down 11% on the day.

Yesterday, a number of readers asked us for predictions about the length and depth of the correction – whether to sell, hold or buy weed stocks.

We’ll leave that call for the boss, Chris Parry, who has the vision and the balls for this type of macro prognostication.

What we can tell you is that every cannabis company writhing around in a blood-like substance – is not wounded, not sick, and is not going to die.

Case in point: Isodiol (ISOL.C) is a money-making company “focused on the nutritional health benefits derived from hemp.”

Its business model is “product development, sales, marketing and distribution of hemp-based products.”

Before we get into hemp – let’s look at ISOL’s numbers.

“This is a significant increase in its revenues,” stated CEO of Isodiol, Marcos Agramont.

With regulation in the U.S. “trending towards a favourable position,” Agramont and his team are focused on building out Nutraceutical, Pharmaceutical, and Clinical Supply of CBD Ingredients.

Isodiol has developed a 99%+ pure, naturally isolated CBD for quality consumable and topical skin care products. ISOL’s CBD is designated as an Active Pharmaceutical Ingredient for use in Finished Pharmaceutical Products.

You can view the expansive product line here. 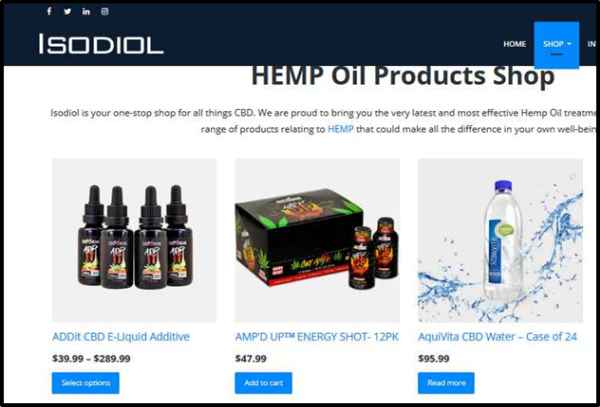 On October 22, ISOL provided an update on its recently acquired bottler, Azure, located in Leesburg, Florida.  ISOL’s beverage division is called IsoBev and it is focused on building a beverage brand portfolio and output deals for the beverage industry.

The announced expansion of the Leesburg warehouse will provide Azure more space to increase production for customers including Sysco, McArthur Dairy and Dean Foods.

There is a question mark hovering over ISOL’s expansion plans:  The 2018 Farm Bill.

Background:  The 2014 Farm Bill expired three weeks ago. Until the U.S. Congress passes new legislation, industrial hemp is illegal at the federal level.

The Agricultural Improvement Act of 2018 (often called the 2018 Farm Bill) would fully, federally legalize hemp as an agricultural crop.

States and Native Indian tribes would be required to submit a plan for monitoring and regulating hemp production to the U.S. Department of Agriculture.

According to an August 1, 2018 Forbes article, “Basketball’s BIG3 [a 3-on-3 hoops league] has become the first professional sports league in the U.S to allow its athletes to use cannabidiol (CBD), the non-psychoactive ingredient in cannabis that many people use to manage pain and inflammation.”

The NCAA is also softening its stance on cannabis use.

“CBD is a desperately needed natural way for athletes to recover from minor and major injuries without long-term effects or addictions,” stated the Forbes article.

There is a growing global awareness of the health benefits of CBD, and it’s spilling over into pro sports.

“We believe that the U.S. 2018 Farm Bill is bound to pass,” stated Agramont, “The expansion of our Florida bottling facility will increase our bottling capabilities and expand our product offerings to our sales channel partners.”

With figures like these paired with expert analysis, the prevailing thought is that the up-and-coming hemp and CBD industry will add jobs and stimulate economic growth, eventually providing opportunities to people across the globe.

ISOL’s growth strategy includes the development of over-the-counter and pharmaceutical drugs and continued expansion into Latin America, Asia, and Europe.

The most common use of these products is for pain. The hemp plant has also helped people combat inflammation itself, which typically results in chronic discomfort.

Yesterday, October 22, 2018, stock market bull-boards – never known for congenitally – erupted in a shitstorm of vitriol: “Selling feels just like sex…got to pull out or else you’re making a baby!!!  I’m not catching feelings… Just getting $$ – Namaste still sucks by the way!”

For Cannabis investors, it was ugly.

There are many real cannabis companies with good baseline numbers, just entering a massive growth cycle.

Isodiol is one of these companies.

Full Disclosure:  Isodiol is an Equity Guru marketing client, and we own stock.