Every now and then, a technology comes along that has the power for both incredible good, and incredible evil. The nuclear bomb. Asbestos. Hydrofluorocarbons. Leaded gasoline. The KFC Double Down sandwich.

SmartShare Solutions (private, going public soon) falls neatly into this category, because it has the power to make wonderful positive change for people parking cars, but also has the power to make parking enforcement far more clinical, effective, and streamlined, which will of course mean the end of civilization as we know it.

Ultimately, however, when you look a little way down the road, you’re going to realize that this company may just be sitting on some ridiculously important tech that will make our lives way easier.

You’re driving downtown, looking for a parking spot, which in Vancouver can be about the most aggravating thing you’ll ever do. Every spot has a meter to deal with and a parking sign to check, and sometimes the two don’t agree. More often than not, they’ll also have a litany of temporary restrictions posted somewhere nearby so a burly guy in a neon vest can park a film truck in your spot later that day because, lord knows, what would the world do without another commercial for off-brand ramen noodles?

As a driver in a city run by a Mayor who actively seeks to make traffic worse as opposed to better, and reduce the number of parking spaces available rather than open more, and try to shunt people like me toward bikes whether bikes work for people like me or not, parking is a daily, expensive drag. It’s also horribly inefficient and technologically backward.

I use parking apps currently – actually I use multiple parking apps – mostly to pay for the spaces I do find. But those apps are all one-way in nature, meaning we provide the input and it does nothing but accept that input.

This lack of back and forth data sharing causes real inefficiencies for everyone in the parking universe, both in enforcement and in use.

HOW BAD IS IT OUT THERE?

If you’re a data guy, you can keep your eyes open and soon figure out the parking inspector patterns, to your financial advantage. Indeed, when I was a journalist at the Vancouver Sun, my colleague Chad Skelton sent in a Freedom Of Information request for all parking ticket information in the city, and the resulting data was incredible. He found some places where the meters are checked every two hours, and others where maybe they’re visited once a day, if that.

There were other oddities:

Fully a third of all no-stopping tickets issued in the entire city are written in the half hour between 3:05 and 3:35 p.m. The upside for illegal parkers is that the focus on rush routes means enforcement of other offences, such as expired meters, dips between 3 and 4 p.m.

While that’s great news for guys like me, it’s a big blind spot for the city. It prevents them properly enforcing parking restrictions, so they continue to raise meter fees to cover the cost of a wandering legion of parking narcs, which negatively impacts all drivers, legal and otherwise.

The tech failures also impact honest drivers who are trying to do the right thing:

[Parking inspector] Goldie estimates about three-quarters of the vehicles towed during afternoon rush still have time left on their meters, presumably paid for by people who didn’t realize they were in a rush-hour zone. Sometimes, Goldie said, cars will even pull into a rush-hour spot as tow trucks are taking other vehicles away.

If you use the city’s pay-by-phone system, it won’t accept payment for a rush-hour meter after 3 p.m. However, there is no similar feature on the meters themselves: You could plug a fistful of change into a rush-hour meter at 2:59 p.m. and it would appear you had all the time in the world to park there.

Parking enforcement says it doesn’t know of any way to program the meters to behave differently at rush hour.

WHAT IF THERE WAS A BETTER WAY?

This local company has developed a parking sensor that can monitor the spot in question, connect with an app that helps parking users find empty spots, and can communicate back to the city to give real time data on usage, availability, and even provide for more flexible pricing.

For the people overseeing parking:

Openspot provides one of the world’s most advanced parking management hardware and software solution that constantly tracks the real-time status of parking spots while providing automated and detailed historical analytics around parking efficiency, compliance monitoring, and dynamic pricing. 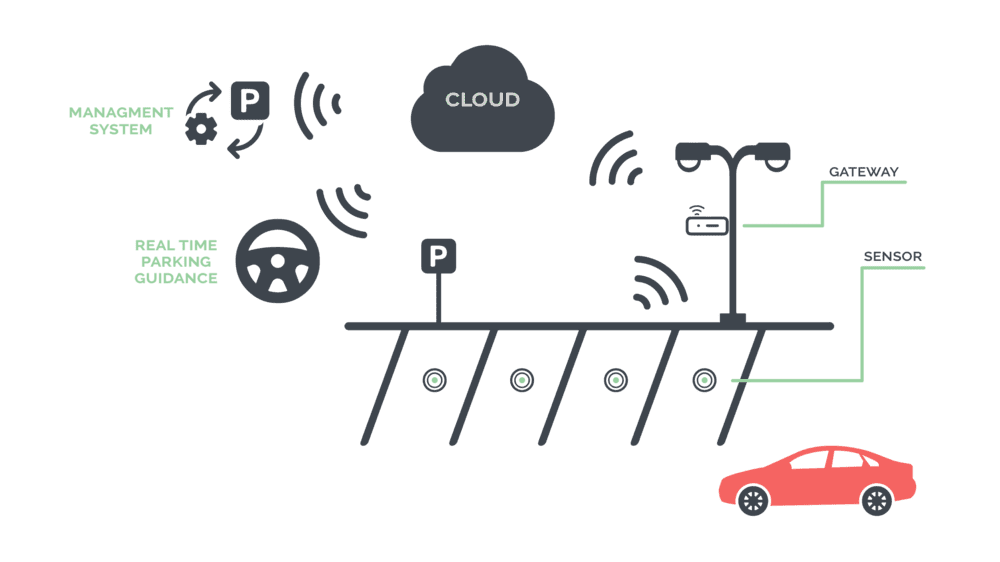 For the people looking for a spot:

Our data infrastructure is ready for the future, whether that be autonomous vehicles looking for data on available parking spots, or a self-driving car looking to transfer cryptocurrency to a parking spot to pay for parking.. 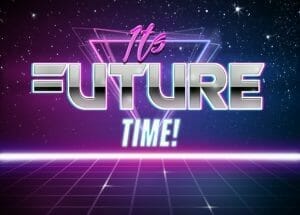 The current weird state of ‘parking tech’ aside, there’s a big shift coming in our future transport landscape that NEED SMARTSHARE TECH NOW.

No, we’re not talking hoverboards or jetpacks or a Tesla that can make it over the county line without catching on fire.

Our kids may drive cars. Their kids won’t. Driving will be considered something old people used to do, like driving stick, or buying a map at a gas station, or finding someone with fake ID to buy the Rockerberry Cooler.

Autonomous vehicles are coming fast, and while this will be a great thing, how those vehicles find an empty parking space is a big blind spot for developers.

If you’re going to rely on a Google Drive Sport SL™ (not a real thing but it should be) to identify an empty spot visually, that may work. But will that vehicle be able to notice the spot is a ‘no stopping’ spot after 3pm? Will it see a little temporary sign hung on the back of the meter that warns of new hours? Will it be able to figure out what’s a metered space and what’s a free space?

With Smartshare tech, the answer to all of the above is yes.

Homie, EVERY CITY IN THE WORLD is going to need to spend money to make parking spaces autonomous friendly. And SmartShare is right there, with the ability to not just find an open spot, and not just talk to the city and tell them that spot is open, but to TALK TO YOUR CAR DIRECTLY.

When your autonomous car drops you where you’re going, it won’t need to park a short walk away. Hell, you could tell it to go park in a free spot eight blocks away, rather than in a metered spot close to the restaurant you’re hitting.

This tech will not only save you money, and time, and the gas involved in circling the block endlessly looking for spots that aren’t there, but it will allow the city’s most prized spots to be open more often because you won’t need your car to be close to you.

This is big. Hell, we could be looking at a whole new industry forming in the realm of ‘off-city autonomous parking stations’, where legions of self-driving vehicles are stacked and sheltered and protected from thieves out by the airport.

This is why the cities of Surrey and Vancouver are actively looking at Smartshare tech. It’s not just a thing that would be nice to have, it will also save a ton of money, time, man hours, wasted trips, real estate, it will take cars out of the city rather than leaving them there all day, it’ll allow your Apple Charger XL™ (not a real thing but how good am I at naming self-driving cars?) to take the shortest possible trip, and we’ll actually spend LESS on parking rather than more.

THE FUTURE IS NOW:

Smartshare is currently working with the cities of Surrey and Vancouver to run pilot programs proving out their tech.

SURREY — Garbage bins alert crews when they are full, traffic lights stay green longer when there is congestion and drivers cruise into parking lots knowing which spots are unoccupied as Surrey aggressively pursues a smart-city strategy.

The city, one of the fastest growing in Canada, has optimized everything from crosswalk signals to waste management by leveraging technology and data collection. It’s a natural fit for a municipality that can nearly fit the combined territories of Vancouver, Burnaby and Richmond within its borders and where a third of the population is under 20 years old, said Sean Simpson, IT director at the City of Surrey.

Straight up, Surrey is exactly the right place to test this tech.

Drivers spend an average of 20 minutes finding a parking spot in an urban area, according to an IBM survey conducted in 20 cities worldwide. One local startup is piloting 15 “smart parking” spots in Surrey to solve that problem.

SmartShare Solutions developed a sensor, about the size of a fist, that sits in the middle of a parking spot and tracks when the spot is free or occupied. The company sends that data to the City of Surrey, which relays that information to residents through the MySurrey app.

Drivers have been piloting the program, with 15 spots on 94A Ave, in front of Surrey Memorial Hospital, since fall 2017.

SmartShare Solutions is currently negotiating a price tag on the data it shares with the city, said [the company]. The city has already agreed to expand the program from 15 spots to 85 spots citywide before the end of 2018.

The sensors are wifi enabled, solar and battery operated, and are flush mounted with the road. A pole mounted gateway sends the data back to base, where they provide live and historical data to the city.

Pricewise, the object is that whatever is spent on installing them and operating their monthly maintenance fees will be recovered in greater parking revenues and violation charges, as well as streamlined collections/ticketing operations.

We can all huddle in the corner later and cry that our cities will find us breaking the rules more often, or we can be part of that solution and profit every time a city makes that decision.

It’s coming, one way or another. May as well be part of it.

If you wanna be a part of it, here’s the thing: You can be. Sceptre Ventures, which SmartShare is rolling into, is doing a pre-listing $0.10 private placement raise, so if you’re an accredited investor (basically you make more than $200k a year or have $1m plus in liquid assets) and want to get in, the details are in the sub docs linked below.

We don’t make anything out of telling you that the raise exists, and we never tell anyone to buy or sell. Do your due diligence.