Here’s What Happened May 18th 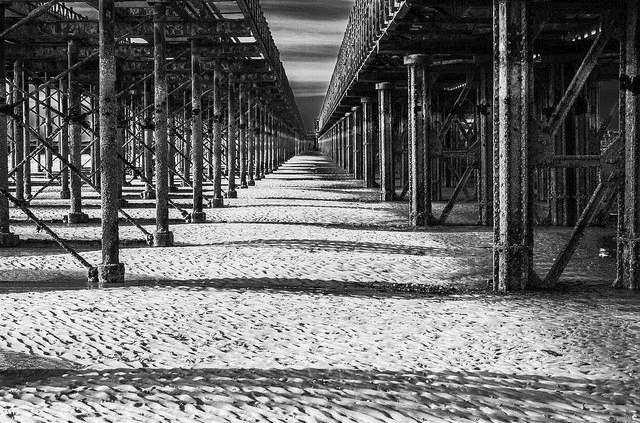 We were confused this morning by more news of the Canadian federal government’s pledge to back losses that Kinder Morgan may incur if they decide to continue twinning their pipeline from Alberta to the BC Cost over the objections of the BC provincial government.

Finance Minister Bill Morneau (namesake of HR-focused consulting firm Morneau Shepell (MSI.T)), explained to The Globe and Mail that their guarantee against Kinder Morgan’s losses won’t put taxpayers on the hook because, get this, “plenty of investors would be interested” in the project.

The Globe went and asked the Canadian Pension Plan Investment Board if that was the case:

“If it’s an opportunity that has decent returns, then we’ll look at it,” CPPIB CEO Mark Machin said later to the news agency, adding that the federal government’s indemnity pledge against political risk was helpful. (emphasis added)

So, you see, the federal government is putting taxpayer money up to guarantee losses, but it won’t ever come to that… because there is tremendous investors interest in guaranteed projects.

Everyone saying that our Minister of Finance is a simpleton who has confused himself with circular reasoning is dead wrong. This Bay Street operator who selflessly went into public service has clearly invented alchemy.

The Push is On In the Pot World

It was all Marijuana stocks today as the brand names led the Venture. The first 7 spots on the TSX.V in terms of dollar-weighted volume were all pot focused. Hydropothecary (THCX.V), Cronos (CRON.V), Organigram (OGI.V), Emerald Health Thereputics (EMH.V) and Invictus MD Strategies (GENE.V) were all in the green, while Cannabis Wheaton (CBW.V) and accessory seller Namaste Technologies (N.V) were the only ones to lose ground as investors continued to churn this pot market trying to figure out which way it’s going to break.

Other than CBW, each one of these companies presented yesterday at the Canaccord Genuity Cannabis conference in New York, and appear to have made an impression.

Chris beat us to the punch on Namaste promising to throw a party for shareholders who hold strong, so here are the other stories we found relevant.

Invictus Strategies MD (GENE.V), timed their presentation to coincide with news of Health Canada approving a sales license for their Acreage Farms subsidiary in Edson Alberta. GENE did 900k shares on the news, closing up $0.06 (3.31%) at $1.87 on the day. After a quote from president Dan Kriznic about how pleased the company is that their active facility has received the green light to sell product, the release goes on for a while about GENE’s plans to vertically integrate. The company says it has plans to own dispensaries all over BC and the prairies, complete with “open floor plans, tasteful lighting, and iPad-wielding sales associates deeply trained in cannabis,” to help slang the dope. No word on the budget for that network of stores. Invictus had $26 million in cash at the end of October, 2017.

Invictus will no doubt be glad to be able to start reporting sales, and give the market an idea of the throughput of the Acreage facility. Their October quarterlies reported 80,000 grams in the Acreage vault ready for sale. While the dispensaries are being wired up with tasteful lighting and the staff are getting deep training on their iPads, Invictus may attempt to consign those 80,000 grams to Canopy Growth’s (WEED.T) Craft Grow line, that re-sells other LP’s product as a small-batch product. Invictus’ 50% owned AB Labs facility in Hamilton transferred 172,000 grams to Craft Grow a week ago.

Cronos Group (CRON.V), also a Canaccord Cannabis Conference presenter today, did 1.4 million shares to gain $0.44 and close at $8.01 (+5.8%). Cronos is working its way back after being beat down for the week following a hyped earnings release that disappointed. We wrote in May 15th’s HWH that the CRON omitted from the release what we thought was the best part of their quarterly disclosures: 500 keys worth of unit sales produced from 40,000 square feet of active space. Invictus reports 40,000 active feet at Acreage. $1.4 billion market cap Cronos announced today that they would be de-listing from the Venture May 23rd, and taking up residence on the TSX big boards.

The Hydropothecary Corporation (THCX.V), frequently among the volume traders on the Venture, was also a conference presenter. Poth’s most recent news of significance was back in April, when they signed a supply agreement with the Quebec government. The agreement has Hydropothecary supplying the Société des alcools du Québec an aggregate total of 200,000 kilos over 5 years, but let’s not get carried away here.

They have it tiered like a mining option, where Hydropothecary is responsible for supplying 20,000 kilos in the first year, 35,000 kilos in the second year and 45,000 kilos in the third year, and years 4 and 5 are supposed to be figured out depending on demand. Those units are kilograms of dried marijuana equivalent. By our count, Hydropothecary sold 485 kilograms of dried bud equivalents in the 12 months ending December 2017. It is unclear how many much of it was grown at their 50,000 square foot facility, because the Company did not reply to calls and emails asking if any of their sales were actually re-sales. Health Canada totals have all LPs producing around 35,000 kilograms in that period.

We don’t know what to make of this contract or Hydropothecary’s chances at fulfilling it, or what happens to them if they don’t, or the price it’s supposed to be fulfilled at or what happens if the agreed upon price is below the company’s cost. The market appears to believe in Poth for now, having sent it up 21% since the April 12th announcement. THCX did 2.3 million shares in volume today to close up $0.04 (+7.8%) at 5.09, right up near its 52 week high.

Health Canada reports that there were a total of 37,943 kilograms were sold to the Canadian public in 2017.