Here’s What Happened May 15th 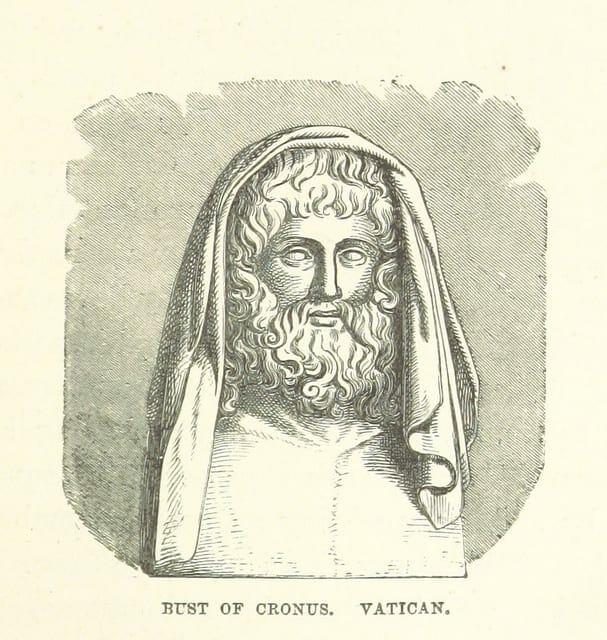 Cronos Earnings Time, plus: The other Aurora Acquisition

Claudia Cattaneo Hangs Up Her Typewriter

Lots Of Chatter Around Namaste, Not Much Else

Here’s What Happened May 15th

The much-hyped Cronos Group (CRON.V)’s Q1 2018 earnings release showed up this morning. The $1.4 billion market cap licensed producer kicked it all off with top line revenue of $2.9 million, then went on for a while about news highlights from the quarter. They’ve got a JV with US branding co Med Men, subsidiary Peace Naturals just finished a new greenhouse, got an extract license, re-branded. They closed it out with a very on-brand reminder about how much money they had raised before the quarter ended ($46 million), and how much they raised after the quarter ended ($100 million). CRON.V closed down $0.42 (-4.99%) at $8 even on 830M shares.

Stockwatch.com, the only financial press outfit snarkier than EG, re-titled Cronos’ earnings release to point out that the company had omitted their P&L statement from the release. While today’s action makes it look like the omission may have surprised US markets, it doesn’t bother us. We quit expecting top line revenue and bottom line margin from pot companies right around the time that… come to think of it we never expected those things in the first place.

Cronos’ value has everything to do with them having a coveted license and the capital to make it count. What they make and lose in these early quarters isn’t likely to make a lick of difference (CRON.V showed an operating loss of $2.1 million, and a comprehensive loss of $1.08 million in case anyone cares).

Of more interest to us was the fact that Cronos reported unit production for the first time this quarter. Cronos reports having sold 501 kilograms of product to consumers and to other LPs in the quarter. They also tipped their Q1 2017 numbers for a like-period comparison (65 kg at that early stage).

The production number wasn’t even in the release, and it would have made a better lead than $2.9M in revenue, in our opinion. For those of us concerned with outcomes, the operational measure of a dope growing company is ultimately how much dope they grow.

Cronos reports 42,500 active square feet. Their disclosure mentions selling to other producers, and does not mention buying from outside sources, so we’re going to treat CRON like a producer that grows every gram that they sell. 501k grams out of 42k square feet isn’t bad at all. Hydropothecary (THCX.V) is also growing out of 42k square feet, and produced 131 kg last quarter, 120 kg the quarter before. Cronos is a former shareholder of THCX. These last financials show that they’ve flattened their positions in both Poth and Canopy Growth Corp (WEED.T).

Aurora Buys a Half Lid of Shwag

Burnaby, BC based natural foods product company Hempco Fiber and Food Inc. (HEMP.V) was up $0.22 to close at $1.60 (+15.94%) on 2.1 million shares of volume after Aurora exercised their option to increase their 35% stake in the Hemp producer to a 52% controlling interest. Aurora (ACB.T) appears to have some plan to use hemp extracts to make products. Hemp is high in CBD oils, and those are all the rage amongst the “cannabis-is-a-miracle-drug” crowd.

Aurora’s support couldn’t come at a better time for Hempco. A venture to supply the Korean market with hempseed didn’t quite work out when they got pushed out by cheaper product that they say was of lower quality. The Aurora deal put $5 m in the bank, and the company is using it to develop new products, and push sales channels into the UK. Presumably, UK hempseed consumers have higher standards.

There is a big hole to fill in the Financial Post’s business pages, and we aren’t talking about their fact checking practices or pronounced lack of insight or originality. Longtime oil sector columnist Claudia Cattaneo is turning in her lanyard and retiring. She filed a farewell column today that billed her sunsetting as “collateral damage in the conflict between fossil fuels and green energy.”

We aren’t aware that such a conflict exists. Wind, hydro, solar, and power transmission projects are often owned by various types of O&G companies without hostility. It turns out that what Ms. Cattaneo means is that she is ill-equipped for the rat infested shit-swamps of public discourse. Certainly no condition for someone who makes their living as a reporter.

Oil and gas reporting has changed a lot, reflecting both the disruption in mainstream media and the war between fossil fuels and green energy.

It now takes real courage to do it.

Reporters have become collateral damage in the conflict between the two camps. Their reputations are constantly under attack and dismissed as “oil shills” on social media by activists who’d rather see fair industry coverage suppressed.

In reality, the oil and gas industry has responded by becoming less accessible, which is not helpful to anyone. Company leaders and analysts stick to scripts and keep media out of events, tours of operations are now rare, most of the communications staff has been fired, and credible sources are hard to find. Information has splintered over many social media platforms, some credible, some not. Meanwhile, media budgets have shrunk and editorial staff cut.

Emphasis added so that we could point out that this ‘graph follows a good 600 words about the “incredible journey” that was her career, full of site visits and access to petroleum executives who were so very excited to chat her ear off so that she could go and write about what they were up to in the newspaper. Cattaneo is genuine in her short memoir. She talks about some hard travel, being protected by armed guards, her love of reporting, and “getting the truth by seeing things first hand.” This author doesn’t doubt her sincerity.

Nothing in her sendoff says anything about any investigative or data-based work, and Cattaneo doesn’t have a reputation for either. Her thin skin appears to have developed suddenly at the beginning of an era where her readers could tell her publicly what they think of her work. Cattaneo hasn’t tweeted since 2016. There are indeed camps warring online about climate change and the energy industry, but any reporter who could become “collateral damage,” by having their feelings hurt was ill-suited to their position in the first place.

The brand of journalism that Cattaneo practised didn’t take courage because it wasn’t journalism at all. It’s clear from her own description that she was more of a stenographer. Cattaneo never gets around to exactly how activists are capable of suppressing “fair industry coverage,” but she’s clearly not used to the competition that came with the advent of digital publishing. Between that and no longer being fed her stories on a silver platter, it was clearly time to hang ’em up.

We wish Cattaneo luck in whatever she decides to do with her post-work life, and hope for the sake of the trade that she stays out of newsrooms.

E-retailer and vape maker Namaste Technologies (N.V) has undoubtedly heard the old maxim that venture issuers who want to trade volume had better stay on the news wire. Yesterday’s bulletin from N was about their (beta) “patient acquisition portal” NamasteMD. The portal is an iOS app and website that invites users to give up a great deal of personal and health information. We gather that this process eventually culminates in the patient being treated by a nurse practitioner in Ontatrio who eventually writes a prescription for cannabis that can presently be acquired very easily from any number of dispensaries and, post legalization, will also be widely available from any number of outlets.

Nonetheless, N is proud of its app. They claim that it has signed up 2,000 patients, but doesn’t say for what, and we weren’t willing to go deep enough into the signup process to figure that part out. Namaste is not licensed producer themselves, but have partnerships with licensed producers that would, in-theory and eventually, allow them to sell weed on their behalf. There was a time when LPs made an issue of how many patients they have, but that appears to have stopped. Most LPs don’t even report their qualified patient totals anymore, so we can’t say if the 2,000 that N claims is a lot or a little (sounds like a little).

In any event, we have trouble believing that 2,000 people went through an extended on-boarding process that including their vitals, photo, a photo of government ID, and a full medical history just to see an Ontario nurse practitioner who might want to write them a prescription for dope. We quit trying to fill it out once it asked for our government ID and a photo, and went immediately to the privacy policy, which is actually titled “Patient Agreement,” and reads like the sort of thing they make people sign before being taken to jail.

The only language in this Orwellian screed about what they’re going to do with the health information being collected says that the information is confidential, and is immediately followed up with the fact that they have to turn it over to anyone who subpoenas it, or to the authorities at their discretion.

We don’t give Namaste enough credit to come out on top in the data re-sale business, but that’s a bit beside the point. Anyone who goes through this patient application process in this environment is absolutely a bot.

The other Namaste news is that they got a new logo!

The logo is supposed to “symbolize Namaste’s evolution.”

Anyone want to see their old logo?

The Cambridge House Show is on again tomorrow at the Vancouver Trade and Convention Centre’s West Building (the one with the sails for a roof, not the one with the grass roof). Chris Parry is doing a talk at one pm and it’s always great to meet readers.

Claudia: if you’re looking to get out of your rocking chair, come visit us at booth 73.