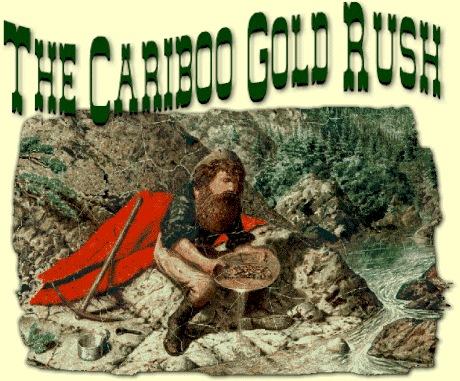 Big day in the ‘Peg! Manitoba announced it’s four retail licensees for retail sales of cannabis. The winners are a mixed bunch, including a longtime client of ours, HIKU (HIKU.C) (nee DOJA). If you been listening to us we’ve said many times HIKU was a good train to hop on, and if you agreed, today’s news was likely music to your ears.

The overall situation is very interesting. Manitoba’s approach seems to be the most ‘free-market’ so far in Canada. Although the government is still limiting the game to four players, they won’t have to buy from government wholesalers, but can use that crazy ‘supply and demand’ to find the best deals and provide to consumers.

We’ve covered Canopy’s moves for some time in the weed market. Truth be told, we haven’t always been kind. When a large stake was purchased by Constellation Brands (STZ.B:NYSE) back in October, we had to admit we may have underestimated Canopy. At the time, our Fearless Leader Chris Parry had this to say about the importance of the deal.

The first notable thing I heard from a big markets guy when crapped out mining companies started turning into what was then crapped out weed companies back in 2014 was, “What happens now means nothing. It’s what happens when the booze and pharma companies start looking for acquisition targets that matters. Until then, we’re just trying to create the juiciest target.”

Well, Constellation’s faith is rewarded with this license and they will be able to provide the marketing muscle and retail know-how to give Canopy’s retail presence a leg-up on the competition. The Manitoba model also means they won’t have to shut down their medical supply side.

CEO John Arbuthnot has this to say:

“It is hard to overstate how important this award is for our company, our shareholders and for the future of the legal cannabis industry in Manitoba. As the only Manitoba producer licensed to sell cannabis, and partnered with the world’s largest cannabis company, we feel we are uniquely situated to serve the Manitoba market with both quantity and quality of product.”

As with Hydropothecary in Quebec, never underestimate the power of hooking into the local good-ol-boys network.

Here’s Canopy’s Stock as of 10 AM PST on Friday morning. (news broke at 7 AM) 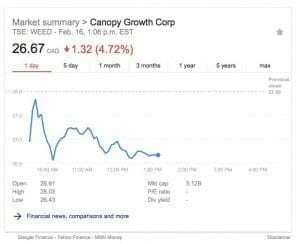 Wait, wha-?!  Oh yeah, folks who had a hunch bought a ton of cheap stock in the run up to the announcement and sold when the trigger was pulled. On top of that, they still have a $5.1b market cap. So on news this happened, a lot of people rushed in, and the smart money holding reams and reams of this stock dumped it and walked away whistling.

Hopefully for shareholders, this retail opportunity will generate some actual profits, because I can’t see how this pattern won’t just repeat again every time they get good news.

That’s a reference that pre-dates my time, but is still true. HIKU’s wholly owned subsidiary, Tokyo Smoke is the second Manitoba Retail winner. This is really good news for them, as they have gone all in on rebranding and merging with Tokyo Smoke.

HIKU is a client,  and we cover them extensively. They have remained a client because we like what they do from a strategy and management perspective. I certainly won’t be so crass to say something like, ‘I told you so’ – but I will be passive-agressive enough to tell you I won’t say it.

HIKU has the connections and experience to grow like gangbusters in the retail sector. They may not have a big multinational behind them like Canopy does, but Tokyo Smoke’s no slouch and they aren’t staggering around under a crazy market cap, so they can be more agile.

“We are honoured to be selected as one of four companies to operate retail cannabis stores in Manitoba”, said Alan Gertner, CEO of Hiku. “This achievement is a validation of our business model and vision of creating an unsurpassed retail experience for cannabis consumers.”

He’s not wrong. They have good integration, and have proven they have the will to execute their vision. Now it’s gonna be a real-estate and marketing war

How’s their stock doing this morning? 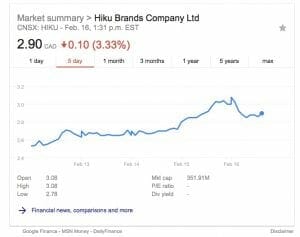 Looks like the smart (or lucky) figured this one too. Big runup and a sell off this morning. Unlike Canopy, I think this quick play was a good profit opportunity and has left the stock undervalued. Again, unlike canopy, with a $351M valuation, there’s room for investors to see serious growth.

I see these guys as I drive around lovely Victoria B.C. – Their buildings are wood, with a well designed friendly logo. They feel like a wellness centre crossed with a dentists office. It’s a perfect non-threatening look. Kudos to their brand / architecture / marketing teams.

These folks have the longest experience in the current retail grey market. Operating a chain of dispensaries gives them the biggest head-start in terms of human resources, operations, logistics etc. They will have already made and learned from the mistakes you only run into when you have ‘boots on the ground’ so to speak.

Their license is tied to a partnership with five Manitoban First Nations, and until I get a sense of the terms, I can’t speculate on what impact that will have on their business or operations. I suspect it will be minimal, as National was likely selected because it can get things up and running very fast.

Now to their numbers this morning… 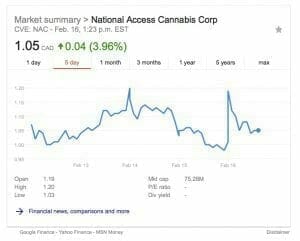 Deja vu. It’s almost as if the news got out early…. Same math here as with HIKU, small cap – lots of room to grow. This one I want to watch their supply chain, and the partnership. It feels like they are great at running stores, I want to know if they can handle the competition in a legal space with the other gorillas in the room.

A ruthless terrorist organization dedicated to ruling the world. Oh, no – wait, that’s Cobra.  This is an entirely different unnamed consortium made up of Avana Canada, Fisher River Cree Nation, Chippewas of the Thames of Ontario, MediPharm Labs, and U.S.-based Native Roots Dispensary.

This one came out of nowhere for me, but on first blush, it makes sense a group of First Nations companies and organizations coming together. It’s a great angle, and makes a lot of political sense.

Avana, and the First Nations aren’t publicly traded, Medifarm is an AUS stock, but I can’t find a listing. Nor can I find one for Native Roots. Looks like this one will be a non-public project, so I will watch to see what impact they have on the overall market.

Now you know who’s playing in the Manitoba Retail Cannabis Sweepstakes. If you are interested in this market (and I think you should be) Here’s what I think you need to watch for next.

First, barring a major internal cluster&#$(@ at one of these companies, all four are likely to be some sort of success. Semi-monopolies work that way. The question for investors is who is going to have the biggest slice of the pie?

I’d watch the real estate and marketing war about to kick off in this space. As with bars, restos and any other consumer retail idea, it’s about location. The company who announces they have prime locations locked down first, is the one to watch.

Once the early real-estate rush is settled, time to watch the marketing teams. My gut says the winner will have to walk a very fine line between attracting customers, and not riling up the prodnoses and pearl-clutchers.

It’s ultimately about the Customers

The real-estate and marketing ‘war’ will establish the starting positions for these players, before the gun fires on July 1. Once the race starts, it’ll be about the usual factors in retail, customer service, logistics and HR – but getting into ‘Pole Position’ gives the lead company more runway to work out the kinks.

Edited @ 2:30 to fix a duplicate stock chart – replaced with correct one.

FULL DISCLOSURE: HIKU is a client, and some of us own stock. (I do not)

You reference to WEED is somewhat confusing. It was a partnership between Delta 9 (NINE) and Canopy (WEED) that won the license (not Canopy alone). You implicitly make reference to this by commenting on Delta 9 being a local Manitoba player and by using the Delta 9 CEO quote but for some strange reason you omit to name them. It is unlikely that WEED could have won this license without NINE.