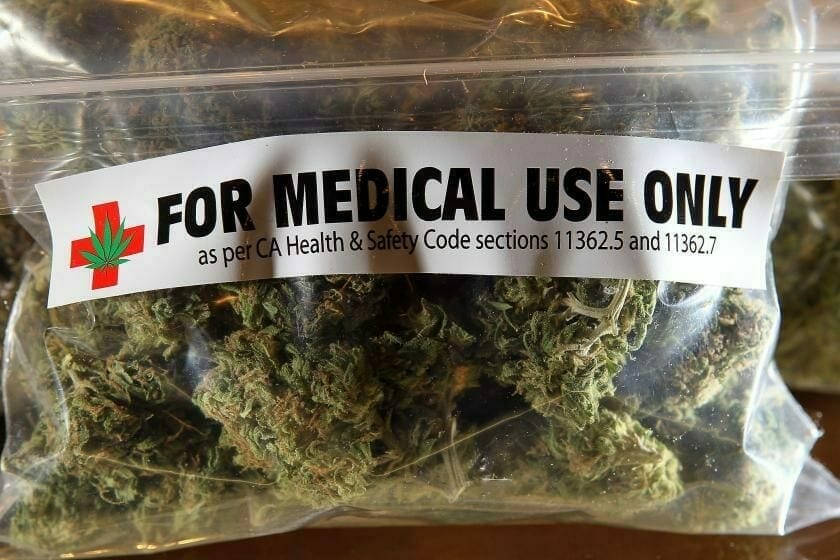 Twenty-five years ago, a drug overdose victim was typically from an inner city neighbourhood.  No longer. Like a cloud of mustard gas, drug addiction has swept across the manicured lawns of suburbia into bucolic rural towns.  New victims are farmers, construction workers, traffic cops, lawyers, housewives.

West Virginia has the highest opioid overdose rate in the US.  Over a period of five years, drug distribution companies shipped 780 million doses of opioids to West Virginia, resulting in about 2,000 deaths. 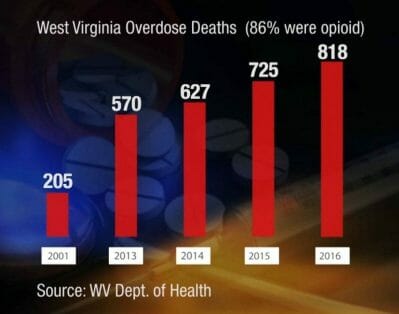 According to the Centers for Disease Control and Prevention, the U.S death toll from opioids has increased 300% in the last 10 years.  In 2016, national drug overdose deaths rose to a new high of 52,404.  A higher body count than homicides or car crashes.

As everyone knows, addicts are intrinsically self-destructive and nothing can be done to save them.

Canabo Medical (CMM.V) recently completed an internal study which concluded that 40% of patients being treated for pain and anxiety eliminated their use of benzodiazepines (Valium, Xanax, Halcion…) after 90 days of cannabis treatment. 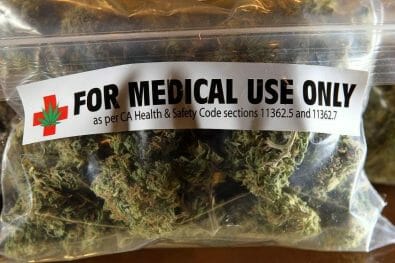 It’s like someone introducing a new seatbelt that stops passengers going through windshields.

Canabo operates 15 cannabinoid clinics across Canada under the brand CMClinics.  The company partnered with medical research experts to analyze data from more than 1,500 patients to better understand how cannabis treatments interact with pharmaceutical treatments.

In Canada, an astonishing 10 % of the general population use benzodiazepines.  Side-effects include dizziness, headaches and memory impairment. Long-term benzodiazepine use creates deadly chemical dependence.

“When conducting this type of research, experts are typically encouraged by an efficacy rate in the neighbourhood of 10%,” stated Dr. Neil Smith Canabo Executive Chairman, “To see 45% effectiveness demonstrates that the medical cannabis industry is at a real watershed moment.”

Canabo Medical owns and operates 16 clinics across Canada with over 40 doctors treating 10,000 patients since inception. As a referral-only clinic, patient costs are covered by Provincial Health Departments and the cannabis is tax deductible. 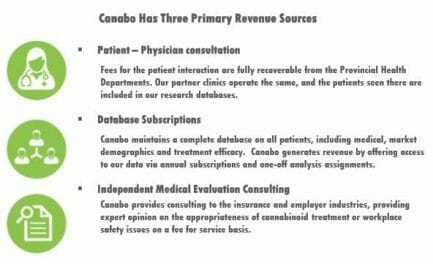 On May 4, 2017 CMM announced a new proposed deal with clinic operator, Aviva Medical.  Aviva’s going to run a few of CMM’s clinics and open more, giving Canabo access to a further 15,000 patients.”

Watch live video from EquityDotGuru on www.twitch.tvCanabo execs talked to our Equity.Guru livestream today: Have a listen, and apologies for the low volume on our end.

Canabo reported revenue of $1.5 million and gross profit of $834,000 during its fiscal year ending on October 31, 2016.  With about $9 million in cash CMM can execute an aggressive growth strategy with limited dilution for existing shareholders. 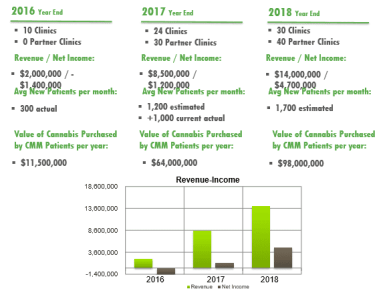 And when I say “aggressive” – think tiger.

Recently, an army of auxiliary businesses has stormed into the cannabis space. An institution called THC University offers “Budtender Training” which includes an academic course entitled “A Short History of Hash”.

Yes, “Ganjaprenuer” is a real thing.  Google it.

Canabo is making money while side-stepping the noisiness of the recreational cannabis market.  Executive Chairman Dr. Neil Smith – an eminent Head and Neck Surgeon – is razor focused on commercial opportunities arising from the growing acceptance of Cannabis as a legitimate medical treatment.

There are now dozens of lawsuits pending against various players along the opioid pipeline, creating a financial incentive for the medical professions to investigate alternative treatments for pain and anxiety.

Sometimes you want to stand next to a homely person to make yourself appear more attractive.

The deadly opioid crisis ravaging North America is making medical marijuana look like the winner of a beauty pageant.

Canabo is currently trading at .46 with a market cap of $17.5 million.