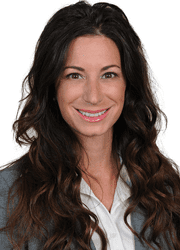 I call her the Energizer Lawyer, because she truly never stops moving. Advisory committee here, government presentation there, consulting with late stage applicants, gathering the forces of good to help move marijuana deregulation forward… she’s a go-to for getting questions answered, she’s a constant at any event where people in power may be meeting people who want changes to the rules. She co-founded the Cannabis Trade Alliance of Canada. She’s an advisory board member of the Canadian Association of Medical Dispensaries. She’s who Jodie Emery would be if Jodie Emery was A) not relentlessly self-obsessed, B) not married to a jackass, and C) doing everything right for the industry at large, instead of herself.

Basically she’s the antithesis of Emery.

Sure, Emery gets the headlines, but Mondin gets the pullquotes. And the meeting with the Minister. And the callbacks. And the open door.

Mondin has been one of the people behind the scenes at Quadron Cannatech (QCC.V) for some time now, which is reason enough to take the company seriously, especially now that she’s President and CEO. In fact, it was the reason I invested in the company back when it was private. I signed the cheque and never questioned the decision, even though it’s taken some time for the company to list, because everything she’s said she would do, she’s done.

And that’s important, because the companies that will really propel the weed business forward aren’t the ones that throw money at every problem or buy everything that’s for sale or move into million-square-foot capacities. They’ll be the companies that work behind the scenes, the pick and shovel deals, that can do business anywhere because they don’t have a giant ganja leaf on their shirt fronts, and who will return actual profits immediately.

Quadron is not easy to describe in a dozen words or less, but it comes down to the space between the scientists and the growers. They provide equipment for extractions, they formulate products for dealing with weed odors, they’re developing extraction techniques and products, they’re developing vape devices, but mostly they find pointy-headed experts with ideas, put those ideas into reality, and then find end users who want – nay – need those ideas to materialize at their facility. 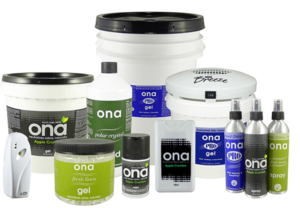 Case in point, Odorchem Manufacturing. Here’s a product that is doing great business in the dispensary world, providing the Ona brand of odor control formulations.

Your kid smoked a bowl in the basement and now the couch smells like Tommy Chong? Ona is your go-to. Got a head shop that the spa next door is concerned smells a bit too heady and not enough shoppy? Ona has bulk products to help.

It makes money. Good money. Been around since 1995.

So Quadron, through its Soma Labs subsidiary, says to Ona, “Hey, let us make that stuff for you in large quantities. We’ll do it better.” Ona says, “Are you set up to do that?”

So Quadron gives the ‘hold up’ finger…

..Then they built a full lab with the express purpose of fulfilling Ona’s needs, and said “Yup, we can do that.” Then they signed a 3-year $1.5 million R&D deal with the company, putting them into instant profit.

Mondin is well hooked into academic circles, and based the company early out of offices at one of BC’s premier universities. Hence, whenever a question was posed about some sort of necessary tech in the grow space, Mondin’s first response would be, “Give me a minute,” then she’d go talk to the relevant parties, bring them together, make it work, and sign a deal.

Case in point; the company is doing a test run on some extraction equipment they’re putting together. Industry standard practice is to test on spinach. Mondin figured, hops share 95+% of the same characteristics as weed, so why don’t we test on that?

So Mondin makes some calls and, lo and behold, hops producers are interested in CO2 extraction of their product for artisinal beer development. Next thing you know, there’s a truck of free hops dumped at Quadron’s door, and a potential list of new clients for their tech.

That’s what I invested in when I invested in Quadron. I like that, “You’ve got a problem? Yo, I’ll solve it,” attitude, because I believe it will always see this company at the crest of new waves we haven’t identified yet. They’re prepared to fix problems others haven’t identified are problems, and in ways that don’t require tens of millions in R&D and years in dev time.

Right now, the market is liking what they’re throwing out there. The stock jumped 58% on day one, and looking at the level II info, it appears there’s only there’s only 140k shares of trading away from it moving to a dollar. Any sort of nice shove in the AM will see it run. 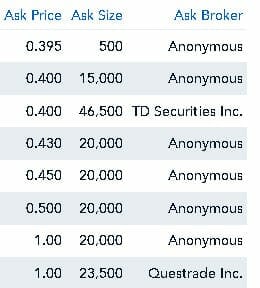 Frankly, I think this outfit is a dead set takeover target, if not for the tech, then for the people. And you’ll never go broke banking on good people.

FULL DISCLOSURE: Quadron is not an Equity.Guru marketing client, but may be at some stage going forward. The author owns stock in the company. And no, I won’t give you Rosy’s number. Perv.

NB: Quadron Capital changed its name to Quadron Cannatech effective as of May 10, 2017. Post edited.