Yesterday Canopy (CGC.N) announced Constellation Brands is acquiring 104.5 million of its shares at C$48.60 CAD, a 37.9% premium. Constellation will also receive additional warrants of Canopy that, if exercised, would provide for at least an additional $4.5 billion CAD to Canopy, boosting Constellation’s stake in Canopy to 38%. Canopy jumped $10.05 CAD (+31%) on 26.8 million shares traded.

This is an unprecedented amount of cash for the cannabis sector. On BNN today Canopy’s CEO Bruce Linton accidentally said million instead of billion.

The market reacted in a sector wide buying spree. 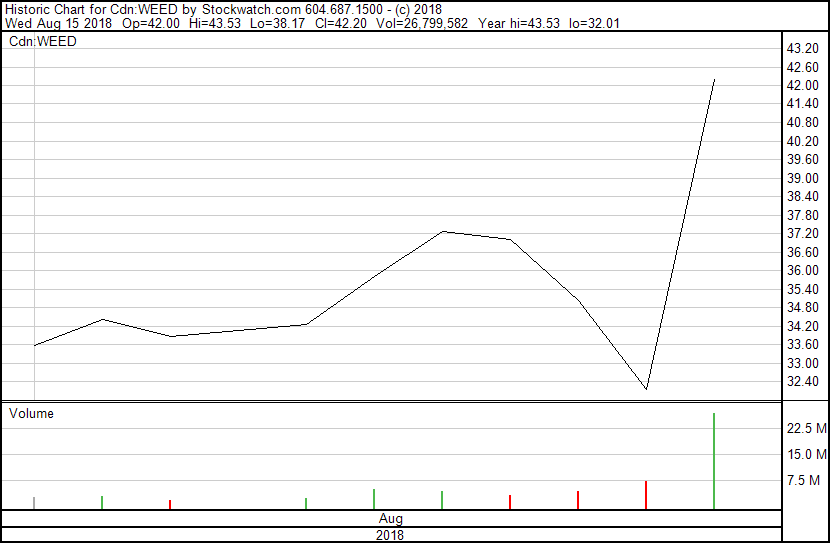 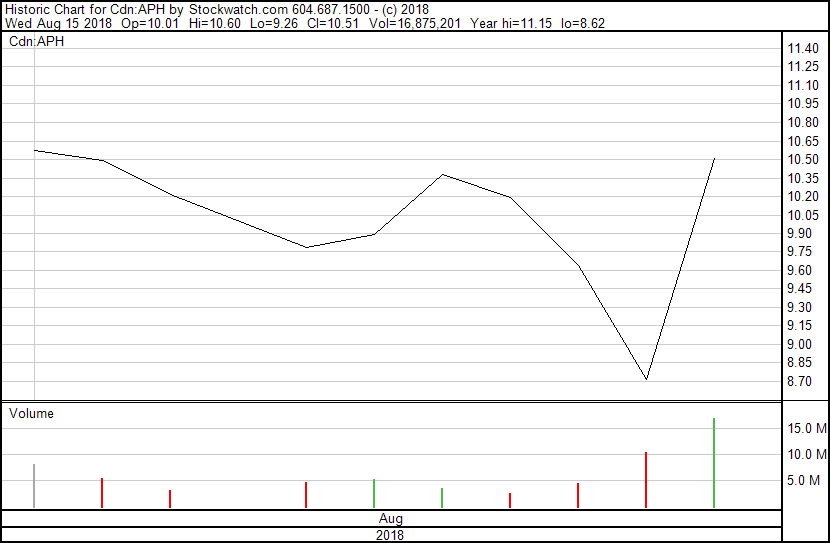 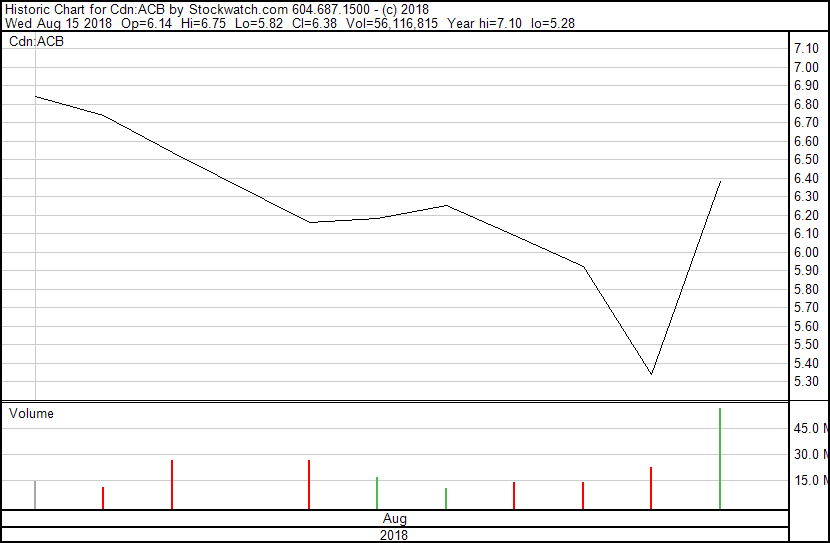 This investment is obviously great news for Canopy, but there could be selloff down the road as investors seek new opportunities that could line up with Canopy’s future acquisitions. Today Linton gave BNN his perspective on this potential outcome: ‘if your viewers are thinking: well I should sell Canopy and buy a few of these other companies ’cause they’re going buy them, that might not work out.”

“This investment, the largest to date in the cannabis space, will provide funds which Canopy Growth will deploy to strategically build and/or acquire key assets needed to establish global scale in the nearly 30 countries pursuing a federally permissible medical cannabis program, while also rapidly laying the global foundation needed for new recreational cannabis markets.”

Taking profits and hunting for the next acquisition could be an attractive strategy for swing traders.  As news of Aurora’s (ACB) hostile takeover of Cannimed (CMED.T) broke in late 2017, Cannimed jumped 76.25%. In July Canopy announced it was acquiring Hiku (HIKU.T), that day Hiku’s stock shot up 19.8%. Hiku was also up 30.4% today on the Canopy news.

Trying to predict which companies Canopy may select is nearly impossible. Hiku does leave the largest hint so far: brands.

It’s been reported that in Oregon the price of marijuana has dropped 40% in recent years because of oversupply. If a similar scenario happens in Canada, the winners will be brands who have healthy margins, innovative products and an audience, rather than the fully funded stadium sized greenhouses that had investors salivating in the past. 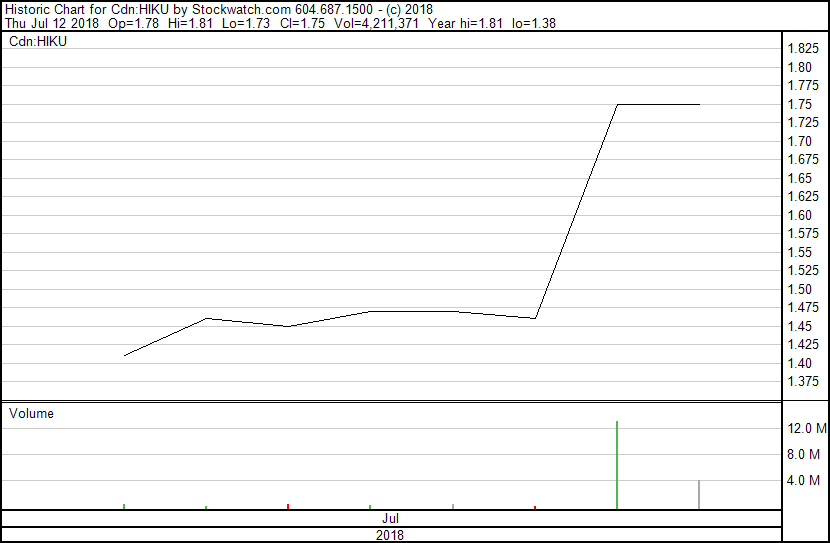 With 5 billion dollars Canopy has more than enough capital to buy up a significant portion of the industry if they wish to do so. In terms of size, this should cement Canopy as the leader of this industry for the foreseeable future.

The cannabis sector has been sliding since mid February and most companies are trading far below their all time high.

Companies who weren’t prepared to lose upwards of 75% of their market-cap in a few months could become more and more desperate to sell the longer this drought continues to drag on. With Canopy’s reputation as the leader in the sector, shares in Canopy or a royalty deal would be an attractive proposition to a struggling startup.

As of today there have been no specific plans as to Constellation and Canopy creating non-alcoholic cannabis beverages together. Alcohol sales have been dropping in every state where cannabis has become legal, Constellation was the first big alcohol company to dip into the expanding space, this could be seen as a hedge against the drop in sales from alcohol. Constellation Brands’ famous Corona beer is the third best selling beer in California, where cannabis was legalized for use by adults in January.

We wrote a story last week about non-alcoholic cannabis beverages which goes into more detail about that part of the industry.