Last week we reported that Hamilton’s City Council rejected a zoning amendment proposal backed by The Green Organic Dutchman’s (TGOD.T), which would have allowed for the construction of up to 968,000 sq/ft of greenhouse space for growing cannabis. Hamilton’s current zoning bylaw states that cannabis companies are allowed to have up to 24,000 sq/ft of greenhouse grow space.

We spoke with TGOD last week after the decision had been made. They informed us that they were disappointed with the result of the vote as they had worked with the city to craft the proposal, and followed every detail by the book, even down to knowing exactly which trees they could or could not cut down.

As of last week TGOD was planning an appeal of the decision to Hamilton’s Local Planning Appeal Tribunal, and, if that was unsuccessful, move the projected space to their Quebec facility. TGOD expressed confidence in their coming appeal, having done everything to code.

Today, The Hamilton Spectator is reporting that The City of Hamilton issued a stop work order at the TGOD site, stopping ongoing work that had apparently continued despite the counsel decision.

The Spec’s Matthew Van Dongen has the story:

“Staff will be monitoring the site to ensure that construction activity does not occur beyond what is permitted,” he said, noting the company does have permission to build a smaller, 24,000-square-foot building on the Jerseyville Road site.

The company was searching for someone to comment on the situation Wednesday afternoon.

What will this mean for the other players?

The company also has a deal to acquire 33% of AB Ventures, whose under-construction facility is also within the Hamilton city limits. Invictus’s June 6th news release states that AB Ventures plans to expand from 0 to 101,000 sq/ft by 2019, and that construction on the project was to begin in “the next 60 days.” In preparation for the build-out. Invictus put a $3 million down payment on their 33% stake in AB Ventures, and will seal the deal with another $2.5 million payment.

Auxly’s (XLY.V) streaming partner Beleave (BE.C) has announced that it is adding 66,000 sq/ft to its current 14,000 sq/ft Hamilton facility. The announcement has some discussion of expanding the footprint at Beleave’s Hamilton site in parcels of 20,000 square feet as is necessary to supply an expanding market.

In their June 18th story about the counsel meeting, The Spec reports that Beleave has applied for permits to build a total of 107,000 sq/ft of production space.

Beleave’s current facility was built on an old salvage yard and, unlike TGOD’s Hamilton property, is not zoned as farm land. This distinction seemed to go a long way at city counsel. Much of the discussion between counsellors and during public comment period had to do with whether or not marijuana production was a good use of farm land. There was also concerns raised about runoff. Beleave’s location which drains into the city’s sewer system, was singled out by counsel as a reasonable situation. Hamilton City Councillor Lloyd Ferguson is quoted in the spectator as saying: “I don’t want food production land taken out of production.”

Video of the city counsel meeting is available here.

Special thanks to The Hamilton Spectator, and a reminder to support your local paper, because they’re the only ones keeping City Hall honest. 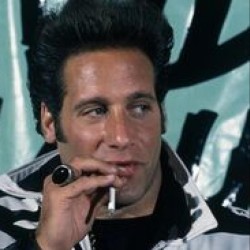 And ABCN..what a total turd