No surprise as here at Equity Guru we have quite the track record at nailing market calls.

As 2017 was racing to a close we followed the money trail within the ASX weed sector, gazed longingly into our crystal ball and asked ourselves “Who’s next?”

Medlab Clinical (MDC.ASX) and BOD Australia (BDA.ASX) floated to the top as our best bets.

On MDC we said:

Surely they would be quite happy NOT to have to endure the ennui which accompanies a CR, yet with only 1.2 million in the bank (as per last quarterly 4C) it’s hard to see how the company won’t have to ask the faithful for more funding.

A few days back, Medlab halted their stock and, in the blink of an eye, raised a bunch of cash.

And by bunch, we mean a lot – 24 million smackeroos!

With lead manager Bell Potter Securities by their side, Medlab Clinical finalised the completion of an AUD 24 million capital raising in an over-subscribed share placement to SIs.

Medlab CEO, Sean Hall said “the support shown for the Placement has been extremely pleasing and appreciated. These funds help put the Company in a strong financial position and allows Medlab to accelerate the commercialisation by some 12 to 18 months ahead of schedule of NanaBis™ (Medlab’s cannabis-based medicine) under the Government’s Special Access Scheme.

As well as currently running a clinical trial at the Oncology Department of the Royal North Shore Hospital (RNHS), Sydney, Australia (understood to be the first of its kind in the world), the company is busy readying its cannabis formulation for market by February 2018.

Why the clinical trial?

Australian Medical Association (AMA) president Dr Michael Gannon was quoted in March 2017 as saying “Show us the scientific evidence and doctors will perscribe it (cannabis)”.

Medlab have heeded the AMA’s call and are undertaking the clinical trial in an attempt to do just that.

Pain management is an ongoing serious concern for cancer patients as Medlab says, “Recent statistics regarding cancer pain indicate that it is prevalent in 64 percent of patients with metastatic or advanced stage disease and that for one in two patients with cancer, pain is undertreated.” – Business News Australia 9/11/16

Here’s what usually happens when a stock resumes trading after a capital raise. It sinks. Quickly

Why? Arbitrage, pure and simple. Remember new shares are offered below current market prices to entice the well-heeled to part with their pesos. If peeps think they can sell high and buy low(er) they’ll give it a red hot go. Most of the time it works and they are able to buy back in at or near the CR price, pocketing the difference.

Not this time. The stock jumped 10% 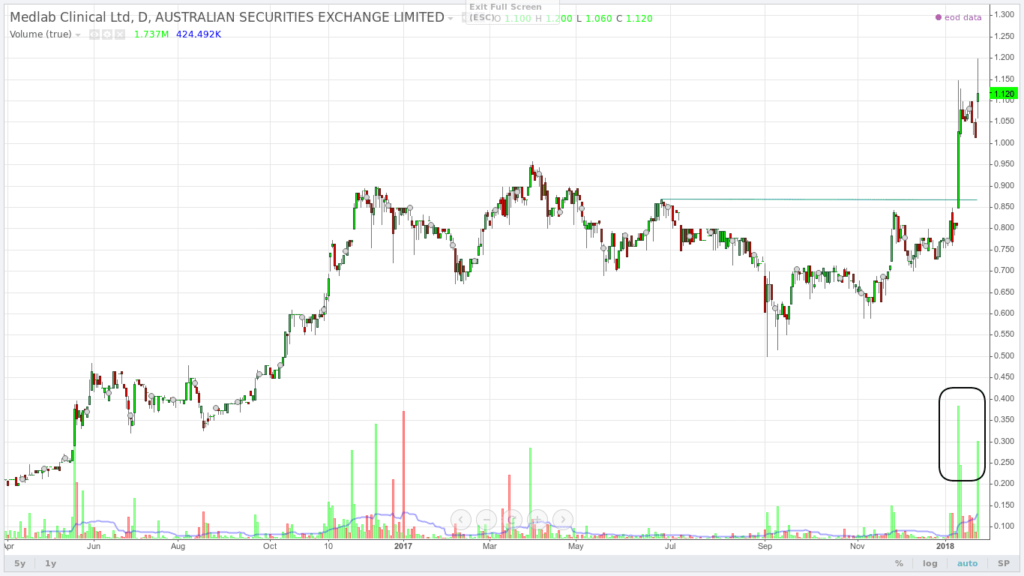 We’re not sure why. Does it matter?

Maybe the brokers had their minds on the Australia Day long weekend1 and left the janitor in charge of the algos?

Or maybe (more likely) many realised this stock had been unloved for far too long and was simply undervalued.

Following an initial dip after the opening pop, MDC shares punched further into blue sky Thursday, with the stock closing at another all-time high. A great sign for those who have hitched their wagon to MDC, and just reward for the pain and suffering of last year’s sideways action.

Let’s face it – MDC was a screaming buy when it broke out around the $0.80 mark last year. Some trades just jump off the charts like this one did. The key is to recognize them and act promptly. 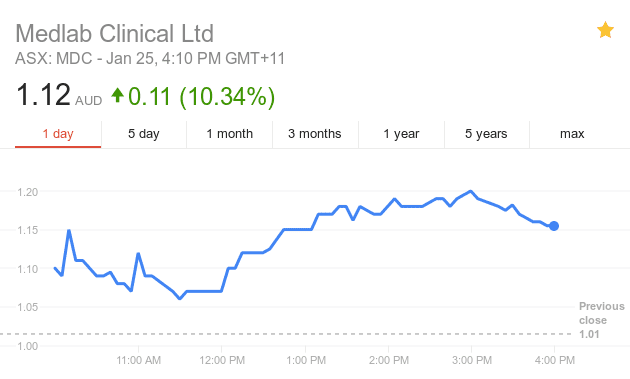 While Share Purchase Plans (SPP) have their place, sometimes it’s easier to shut the little guys out, raise the cash and get on with the job.

For one thing, it removes the administrative overhead which is inherent in dealing with a number of small investors who had plenty of chances to get onboard at lower prices had they done their analysis.

Furthermore, SPPs only kick in a minor amount compared to the ease with which money can be raised from those with deep pockets.

In this instance, it looks like a smart play to sidestep the additional funds which may have been garnered by undertaking an SPP in conjunction with the placement.

The market seems to think so, in any case.

Those who wisely scooped up the placement are now up nearly 25%.

Everyone’s a winner – With the stock carving out new territory above old highs, everyone’s in the green – in more ways than one.

MDC looking stronger by the day

It’s worth keeping an eye on a stock’s performance within its own sector – this can often reveal hidden information. Let’s compare CPH and MDC, both in the nutraceutical industry, whose share prices fared very differently during 2017.

Speaking of revenues, keep an eye on the upcoming reports from both companies, due out shortly.

Dr Sean Hall, CEO and MD of Medlab Clinical brings significant experience with him to Medlab, having built the company since 2012 when he sold his previous venture, FIT – BioCeuticals LTD to Blackmores (BLK.ASX) at a premium price.

Take a peek at the vid below where Hall talks to Sky Business News Australia, outlining the plans for the company this year.

At one stage (not long ago) Creso were trading at twice the value of Medlab, however the market has a way of ironing things out when valuations get too far out of whack.

Medlab shares have broken out and are trading at all-time highs whereas Creso Pharma is still languishing below the buck ten paid by instos and SI’s, whose money has been unprofitably parked for two months now.

MDC is rightly trading at a slight premium to CPH. They are looking to be a better investment in the sector in our opinion, largely due to existing revenues which can be used to underpin the business moving forward. 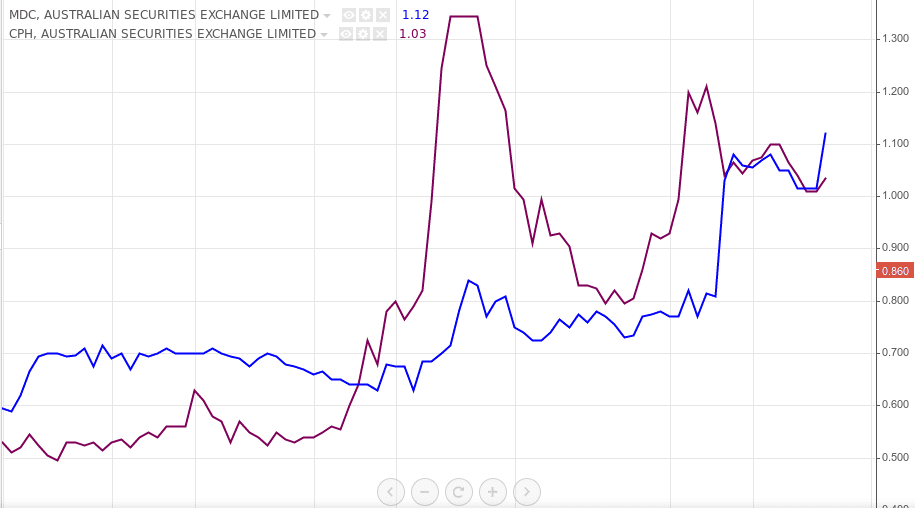 Is it too late to jump onboard? We don’t think so.

2018 is the year to be exposed to the medical cannabis sector in the ASX, but the constituents of your portfolio will need to be carefully screened. You won’t need a lot of stocks to do well – but you will need the right ones, and MDC is really shaping up as a front runner.

Wonder if Bells are thinking of running any cap raising workshops in the near future?

If they are, Halperin, Blumenthal & co would do well to find time in their busy schedules to attend. 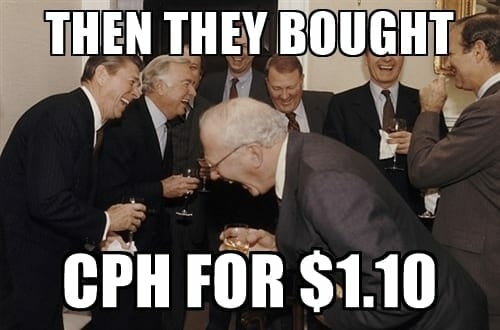 FULL DISCLOSURE: None of the companies mentioned in this article are Equity Guru marketing clients, nor does the author hold stock in any of them.