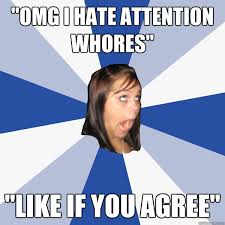 It’s been a bumpy ride for Facebook (FB.NASDAQ) stock since its IPO back in 2012. Remeber that debacle?

The shares didn’t start trading when they should have (orders couldn’t be matched) and NASDAQ had to issue a mea culpa and claim a technical glitch (isn’t it always!) 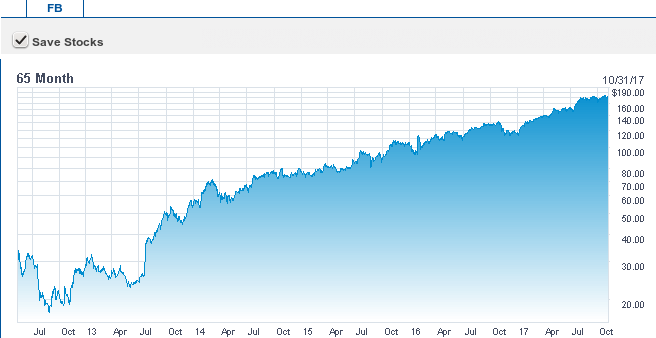 We’ve just noticed that the shares are now changing hands for close to USD 180 a piece, which marks a ten-bagger off the lows. OK, so it has taken a while, but still!

Investors in the IPO, priced at USD 38, would have watched in horror as their holdings halved in value over the coming months. It didn’t help that, according to Forbes, Morgan Stanley and other analysts cut earnings estimates and advised certain clients, but not all investors.

In the scheme of things, it turned out to be a minor blip in what has turned into a runaway trend.

A few months back we noted the FANG stocks were having a bad hair day, and signalled out FB in particular:

Will it be another 2000 tech bubble or will a correction take place without cratering the market?

There is a definite disconnect between valuation and performance with tech right now as illustrated by Facebook whose SP had popped 33% for the year, but its estimated 2017 non-GAP earnings show an increase of 15.8%.

With FB trading at 180 and Amazon (AMZN:NASDAQ) above $1,000 you start to wonder just how long the good times will last.

Because they never do.

On a personal note, it’s now been a few months since I deleted (yes deleted) my FB account. I had threatened to leave before but inevitably we would reunite after a few days and excessive amounts of alcohol and chocolate. It had somehow become a toxic relationship.

Finally, I bit the bullet, clicked the nuke button and waited 2 weeks for it all to disappear.

No regrets at all, I have more time in my day to do, well, whatever the hell I like! I don’t have to care about the burrito you’re eating, your adorable kid or like your holiday snaps from Bora Bora.

When I catch up with friends, instead of knowing everything they’ve done over the past weeks I learn something new. No more issuing a heartfelt “oh yeah I saw that on FB” in passing.

As a result, life has become a little more spontaneous and interesting.

The only downside was my birthday, which of course no-one remembered (except wife 2.0 – love ya babe!)

Surely I’m not the only one who thinks like this? I’m usually a late adopter, but in this case, I just might be ahead of the crowd and they’ll eventually come around to my way of thinking.

If and when they do, FB shares will take a hit.

Then there are the privacy issues. Identity thieves everywhere will thank you for making your DOB publicly available and providing the names of your pets and kids (common passwords; security questions).

Have you learned nothing from Kevin Mitnick re the power of social engineering?

I feel people are missing the obvious – we have all been conned into working for free.

Take the article written by Douglas Rushkoff, which succinctly articulates my thoughts on the matter.

Facebook has never been merely a social platform. Rather, it exploits our social interactions the way a Tupperware party does. Facebook does not exist to help us make friends, but to turn our network of connections, brand preferences, and activities over time — our “social graphs” — into a commodity for others to exploit. We Facebook users have been building a treasure lode of big data that government and corporate researchers have been mining to predict and influence what we buy and whom we vote for

When will the masses realize they are providing unpaid labour to a corporate behemoth and simply cease this stupidity? 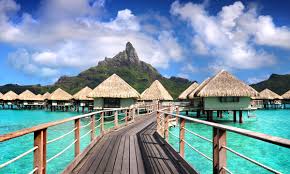 In case you’re struggling to find one, here are some gems from 66 people reveal why they deleted their facebook acount, with my comments attached.

I realized that Facebook is just a black hole where your time goes.

An hour and a half a day = 22 days a year, which you could be spending in Bora Bora.

It made me compare my life to everyone else’s, and that can only lead to sadness.

The other 0.01% is fantastic, however

Going to my ex’s profile all the time.

Found it to be a heaving pit of narcissistic wannabes.

Except me, of course. I’m different!

It’s like a propaganda newspaper that your racist friends and family made.

I remember the old man telling me he wasn’t racist – he hated everyone equally!

I realized that I was spending all my time my with my face in my phone.

And that was just when I was behind the wheel.

I didn’t like the idea that I was putting my life on display for the entire world.

Every time I drank when I was single, I’d go on it and be really stupid.

Only married people should do this!

What do you think? Are you still a like and share junkie who can’t put the phone down? We’d love to hear your thoughts.

FULL DISCLOSURE: The author holds no position in Facebook, but feels an interesting short could be in the wind in the not too distant future. The charts however, scream otherwise.