On July 1, 2018, the Government of Canada will allow recreational cannabis to be sold legally for the first time. The base retail market is expected to be between $5 and $9 billion.

When a commercial door like this swings open, it attracts truck-loads of venture capital.

There are now dozens of publicly traded weed companies.  Many Equity Guru followers are active cannabis investors.  For this reason, we are approached – almost daily – by weed companies wanting us to talk about them.

When we do say “yes” it’s because the company has a differentiatior –  a unique product, a unique technological advantage – or a unique skill set.

We are talking about men’s underwear.

This is not small potatoes.

The underwear market is worth a couple of billion dollars.

Cracking the underwear market is like trying to put a new soft-drink on the supermarket shelves. Basically impossible.  But Kitsch did it.  And here’s how.

In 2006, Kitsch went on a fishing expedition to Alaska, where his balls got stuck to his thighs.  He wondered, “Why isn’t men’s underwear more comfortable?”

We think it will be easier to sell marijuana into a frontier market – than underwear into a market dominated by multi-million-dollar marketing campaigns.

You want an example of DOJA’s approach to selling marijuana? 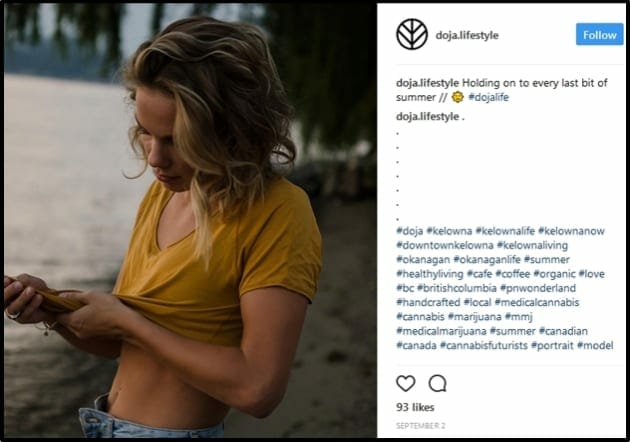 Like all good branding – the image defies intellectual examination.

Apparently, the fit young woman is “Holding on to every last bit of summer”.

At the same time, she is wringing out her shirt – although it doesn’t seem to be wet.

There is also the matter of her jeans.

One of three things appears to be happening:  1. She’s just put her jeans on, 2.  She’s about to take them off, 3.  The top button is defective.

Attempting to market – anything – to the Equity Guru brain trust is like trying to sell dog meat to a pet owner.  We are hard-wired to resist the pitch.

DOJA owns a licensed production facility in the Okanagan Valley.  In 2016 DOJA purchased the land for a 7,100-square foot commercial building.   The company then began a Phase 1 build-out of the production facility capable of producing 660 kilograms ($7.9 million in sales) annually. 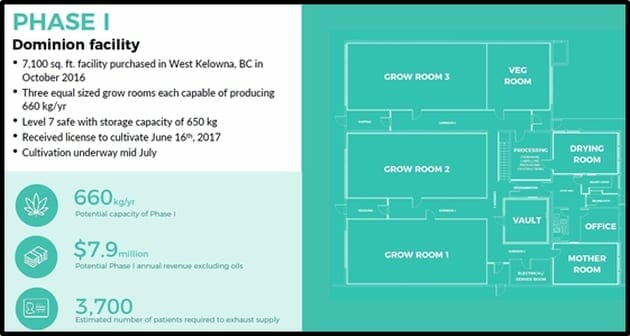 There are currently only 25 companies in Canada that collectively hold the 33 cannabis Sales Licenses issued by Health Canada.

“Our plants are looking extremely vibrant, healthy and are maturing on schedule,” stated Kitsch, “We plan on harvesting our first batches of premium cannabis in the third week of October and anticipate being able to request our Pre-Sales License inspection with Health Canada in November, well in advance of the federal government’s targeted adult recreational cannabis use legalization date of July 1, 2018.” 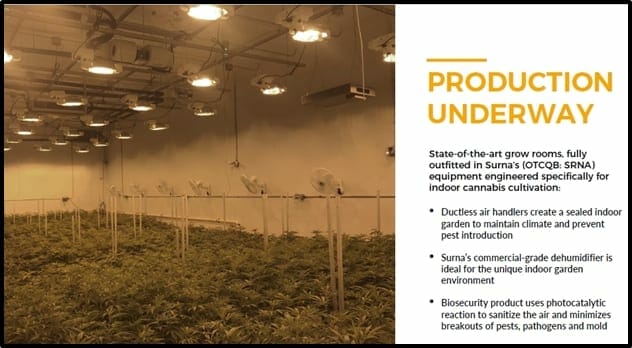 When you have two companies both with warehouses of high-quality pot vying for the same customers – the ability to brand is non-trivial.

DOJA is currently trading at .60 with a market cap of $35 million.

Full Disclosure:  DOJA is an Equity Guru marketing client.  We are also investors in the company.