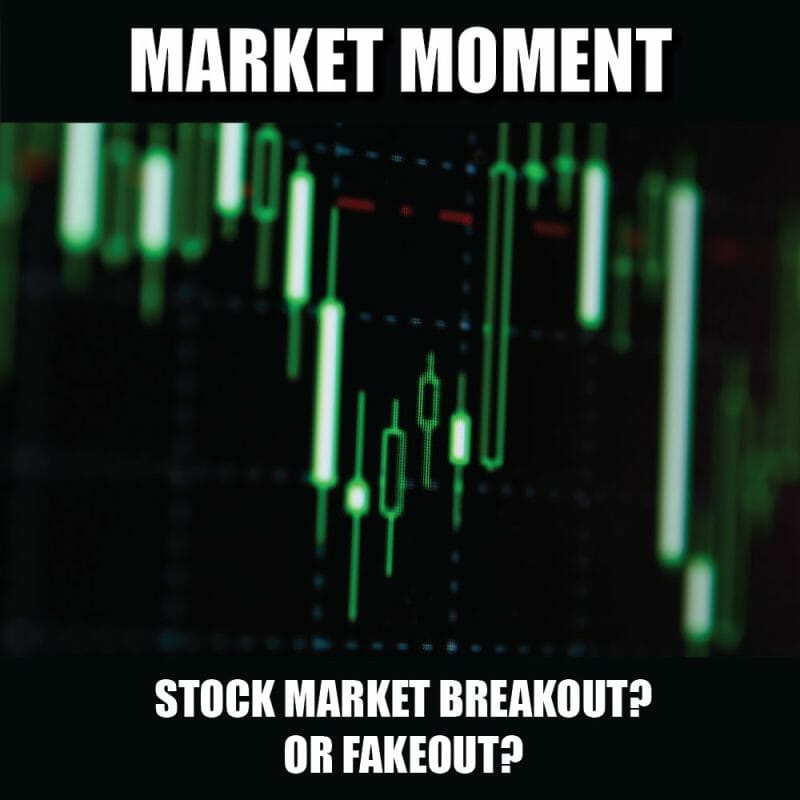 Stock markets have kicked the year off strong and many are now calling the bottom. The reason? Interest rates are near their terminal rate and the Federal Reserve will pivot… meaning rates will head up in smaller 25 basis points until we get to the terminal rate. And some are even saying the Fed will be forced to lower interest rates this year as a US recession is coming. Judging by all the recent tech layoffs, it is hard to disagree with this.

Now I don’t want this article to be too macro. You can read my previous work for that. There is a small thing about the Fed pivoting too early which would mean inflation gets entrenched. It would be a huge mistake the Fed wants to avoid. Some big macro analysts have said that the Fed will not lower rates and will keep them high, even in an economic slowdown, to tame inflation.

Some Fed officials like Lael Brainard are saying the same thing. That the Fed will stay the course to tame inflation and rates will stay higher for longer. This sets up an interesting dilemma between what markets are thinking the Fed will do versus what the Fed will actually do. Who is wrong? The Fed or the markets? 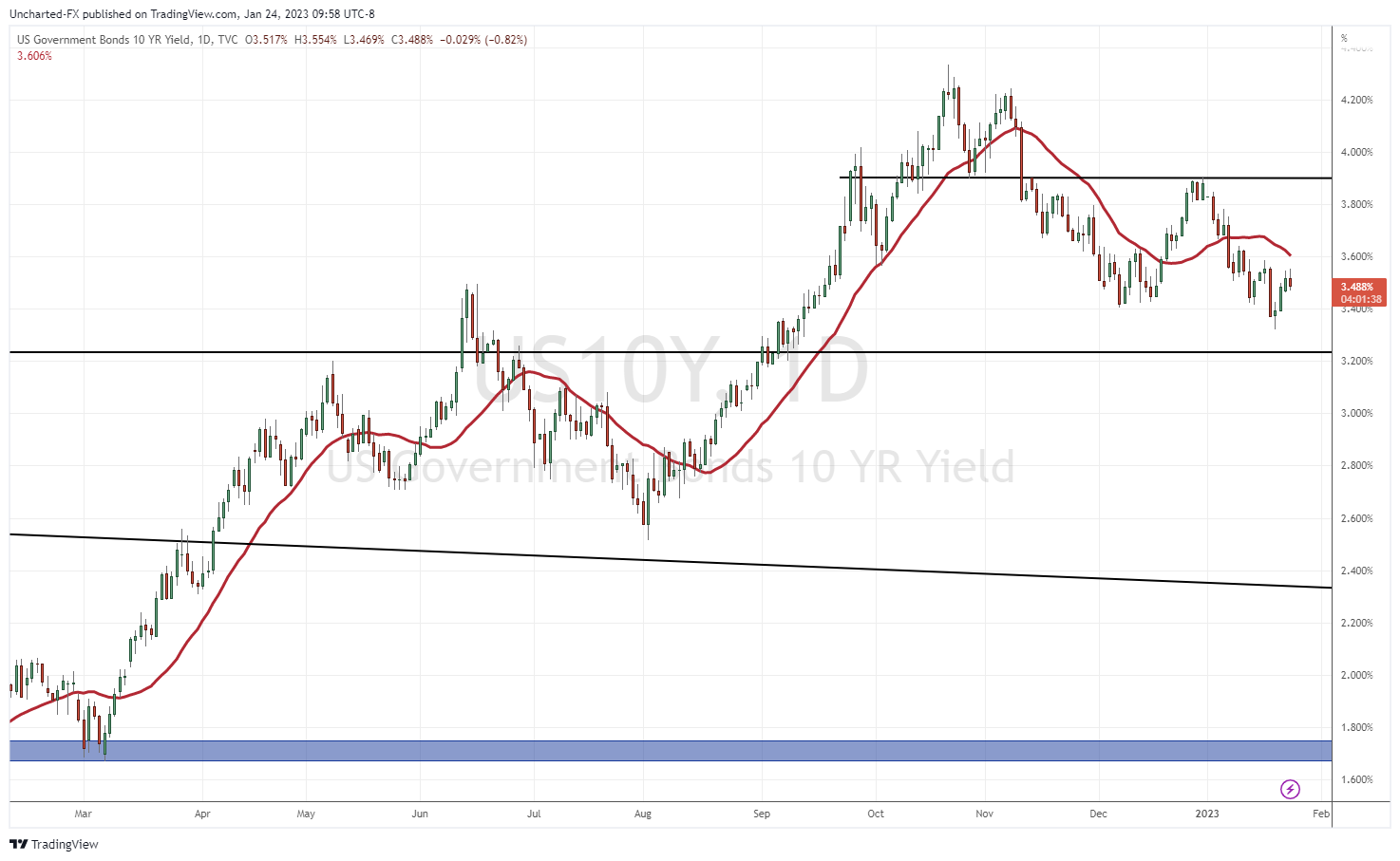 Yields on both the 10 year and the 2 year are declining, although the 2 year is still battling at a major inflection point. With yields dropping, it is a sign that markets are betting on a Fed pivot or that they are near the terminal rate.

Dropping yields have been positive for stock markets.

The big question is whether the Fed will listen to the markets, or ‘stay the course’. Central banks don’t like to upset markets and create volatility. But if the Fed was to stay the course, it would be opposite of what markets are pricing. We would then see a pretty volatile market drop. A lot of eyes will be on next week’s Fed rate decision.

Putting the Fed aside, there are other things moving markets. Earnings is one and we have seen tech stocks buoyed by Netflix.

The one thing I think the markets are discounting is the geopolitical side of things. With Germany and Poland potentially supplying Leopard 2 tanks to Ukraine, and even talks of F-16 fighter jets heading to Ukraine, the war is escalating and could be taking a surprising turn.

China has also been making moves. Xi Jinping was in Saudi Arabia, and when he left, the Saudi’s said they would be open to accepting other currencies for their oil. Huge, as the Saudi’s are key to the US dollar petrodollar dominance. Things are shifting and the US will need to respond.

Just things to think about. 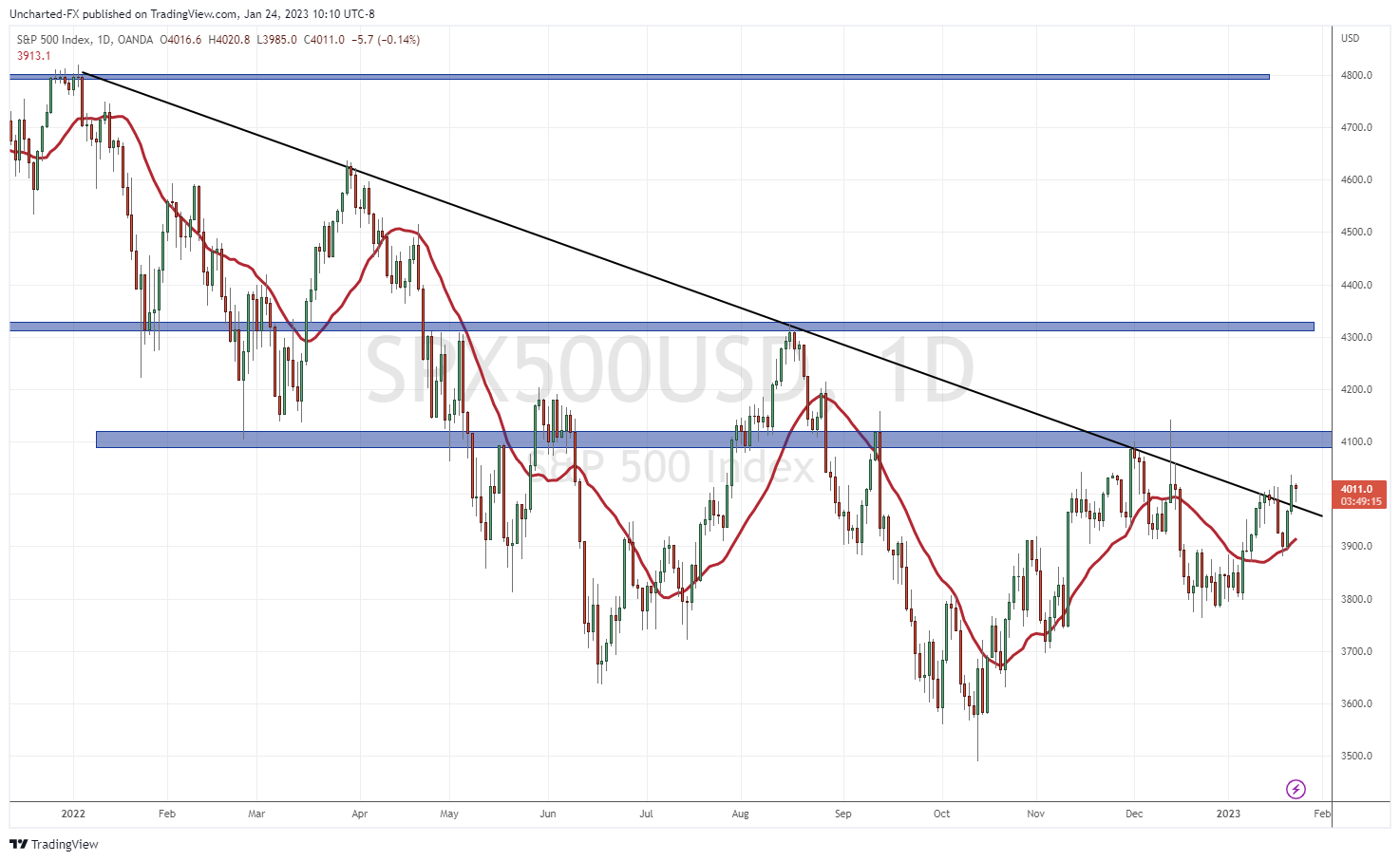 When it comes to the US stock markets, the S&P 500 is definitely the bullish one given the major trendline break which was confirmed yesterday. This should see some momentum up to the 4100 resistance zone. If prices were to close back below the broken trendline, it would be very bearish. 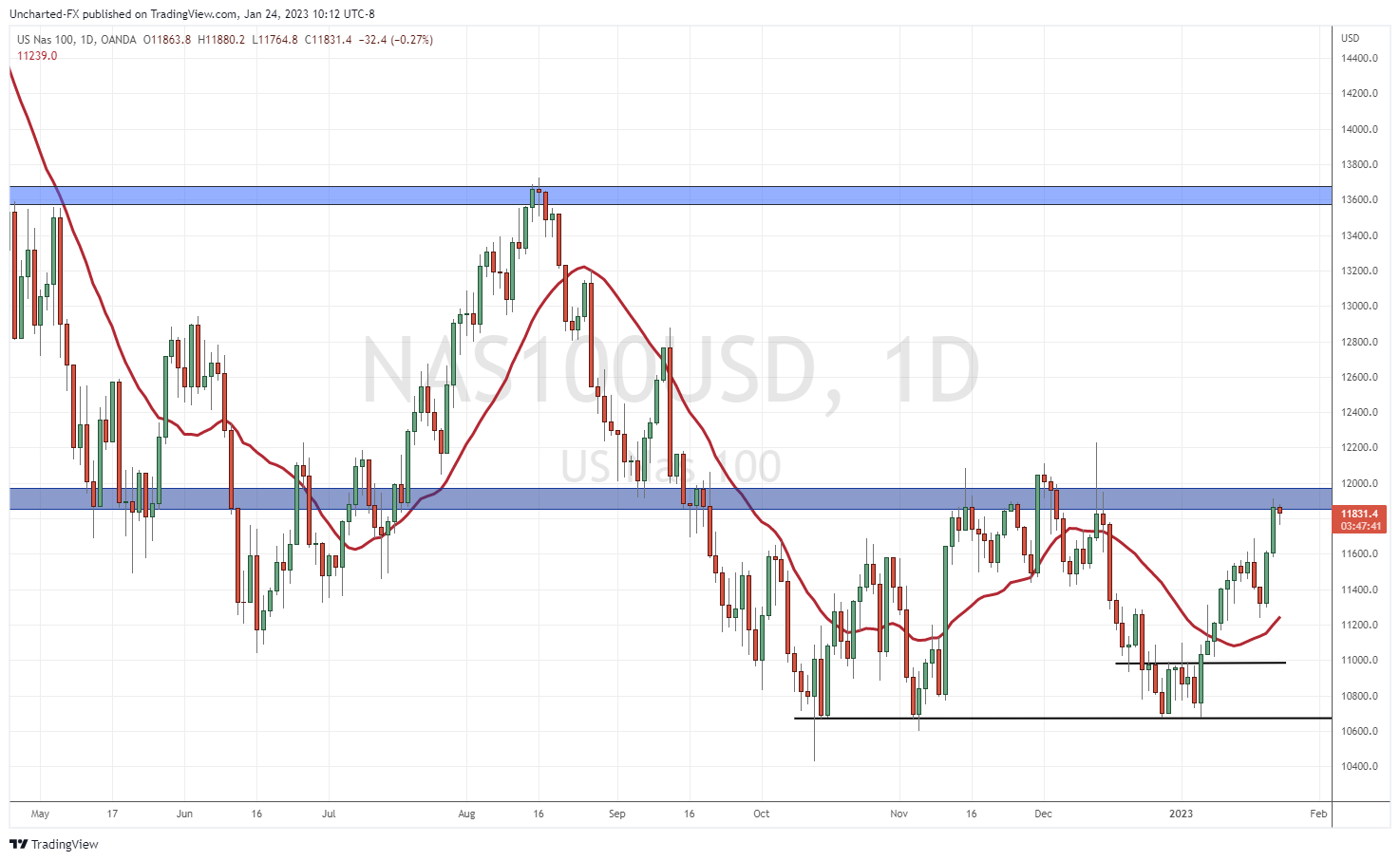 When it comes to the Nasdaq and the Dow Jones… things are different. We are technically still within a range on the Nasdaq. A breakout is possible on the LARGER TIMEFRAME if we can close above the 12,000 zone. It seems traders and financial media are focused on intraday moves and breakouts. However, the Nasdaq has just been in a range since October 2022. If we can get a strong close above 12,000 that would be a different story. A bullish different story. But for now, the range could remain intact which means the Nasdaq rejects this zone and heads lower. 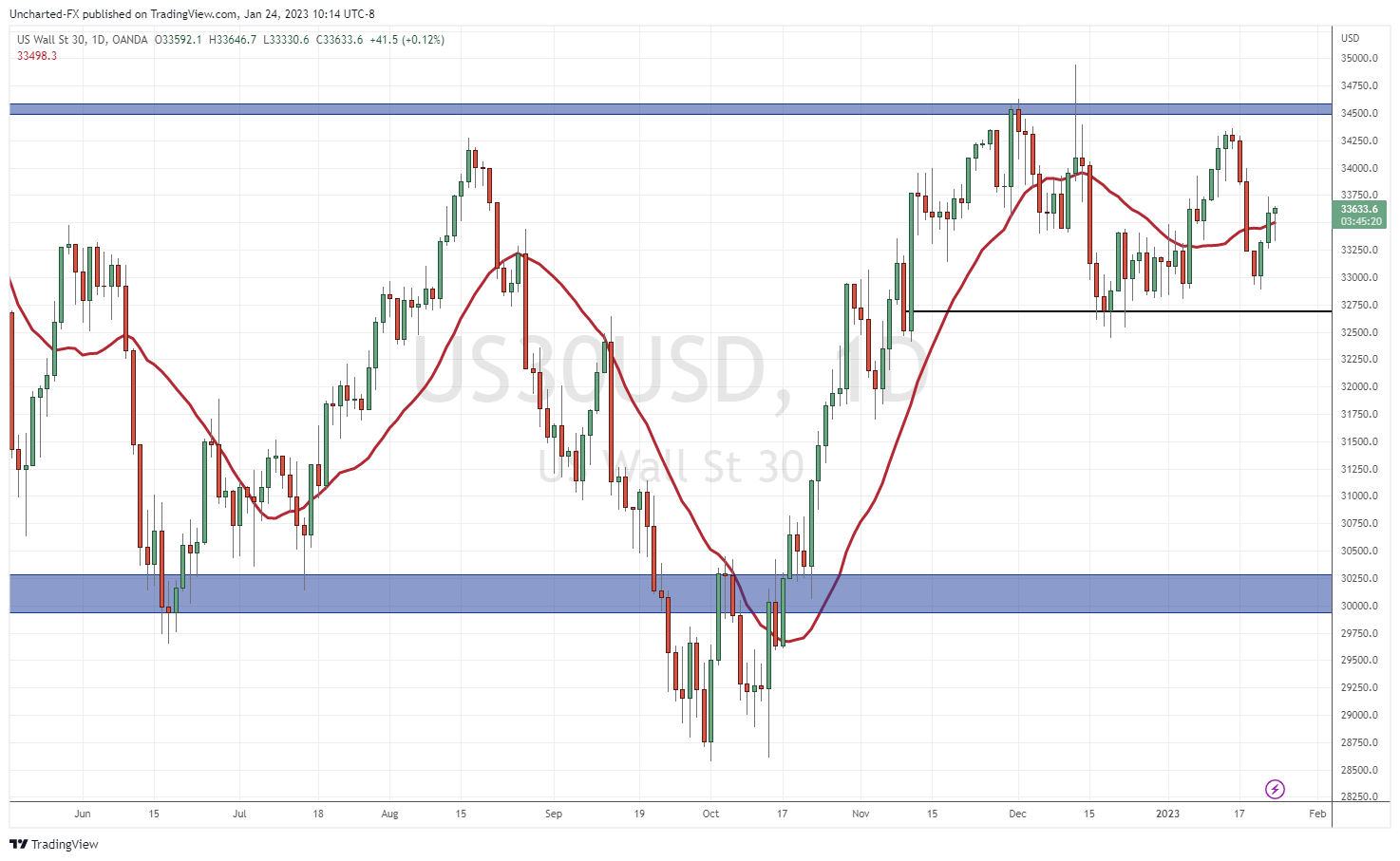 No major breakout on the Dow Jones. This market was the strongest starting in October when foreign flows began coming in. That foreign money ran into the dividend paying large cap US stocks which make up the Dow Jones.

If you take a look at the recent price action on the Dow Jones you can see that we are still within a range. A range which has held since November 2022. No breakout just yet. We need a close above 34,500 to trigger this.

For now, no range breakout just yet.