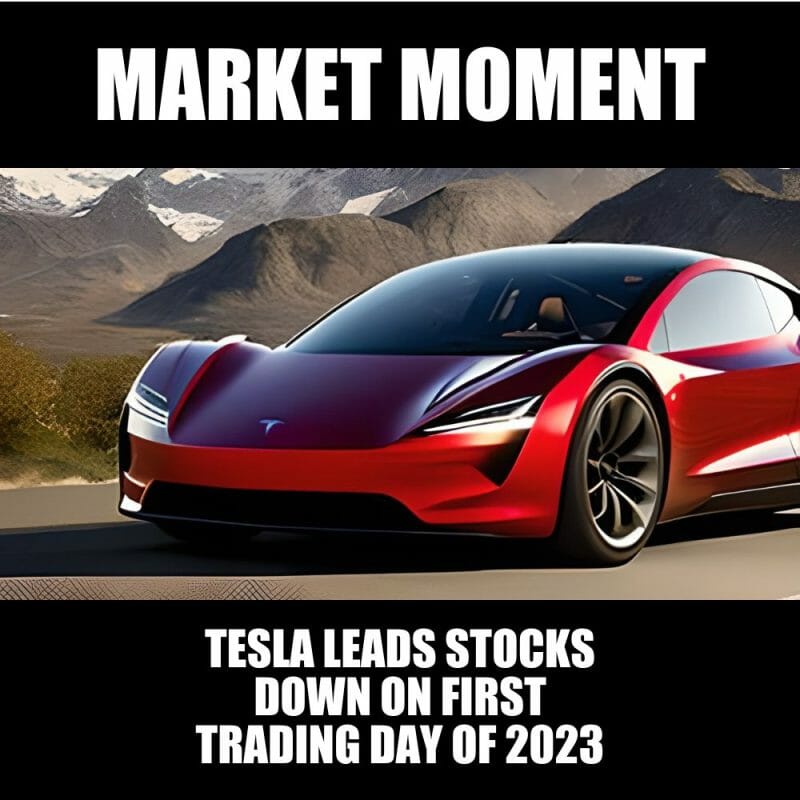 Tesla leads stocks down on first trading day of 2023

The first trading day of 2023 appears as if it will close red after a major sell off from a tech/EV giant. Last week, I warned readers of the precarious position Apple (APPL) stock was in when it came to the technicals. That stock makes up a big chunk of the S&P 500 along with Microsoft, Alphabet and Amazon. Well, the technicals that I have talked about have actually triggered to the downside. Meaning Apple stock could apply more pressure on the markets heading forward.

But let’s stick with Tesla and Elon Musk.

Tesla is the biggest loser on the S&P 500, down more than -11% at time of writing, due to Q4 vehicle production and delivery numbers for 2022.

Here are the key numbers:

These numbers actually represented a record for Tesla with a growth of 40% in deliveries year over year. However, the markets didn’t like it because it fell shy of analyst expectations.

Wall Street was expecting Tesla to report around 427,000 deliveries for the final quarter of the year. Estimates updated in December, and included in the FactSet consensus, ranged from 409,000 to 433,000.

Is this trouble for the automaker? Or just a buying opportunity?

Baird analyst Ben Kallo, who named Tesla as his top stock pick for 2023 and remains a buyer, said:

“Q4 deliveries missed consensus but beat our estimates,” he said in a Tuesday note. “Importantly, production increased ~20% q/q which we expect to continue into 2023 as gigafactories in Berlin and Austin continue to ramp.”

Analysts at Goldman Sachs consider the delivery report negative, but believe Tesla is “well-positioned for long-term growth”. Morgan Stanley also believes the drop in shares is a “window of opportunity to buy”. 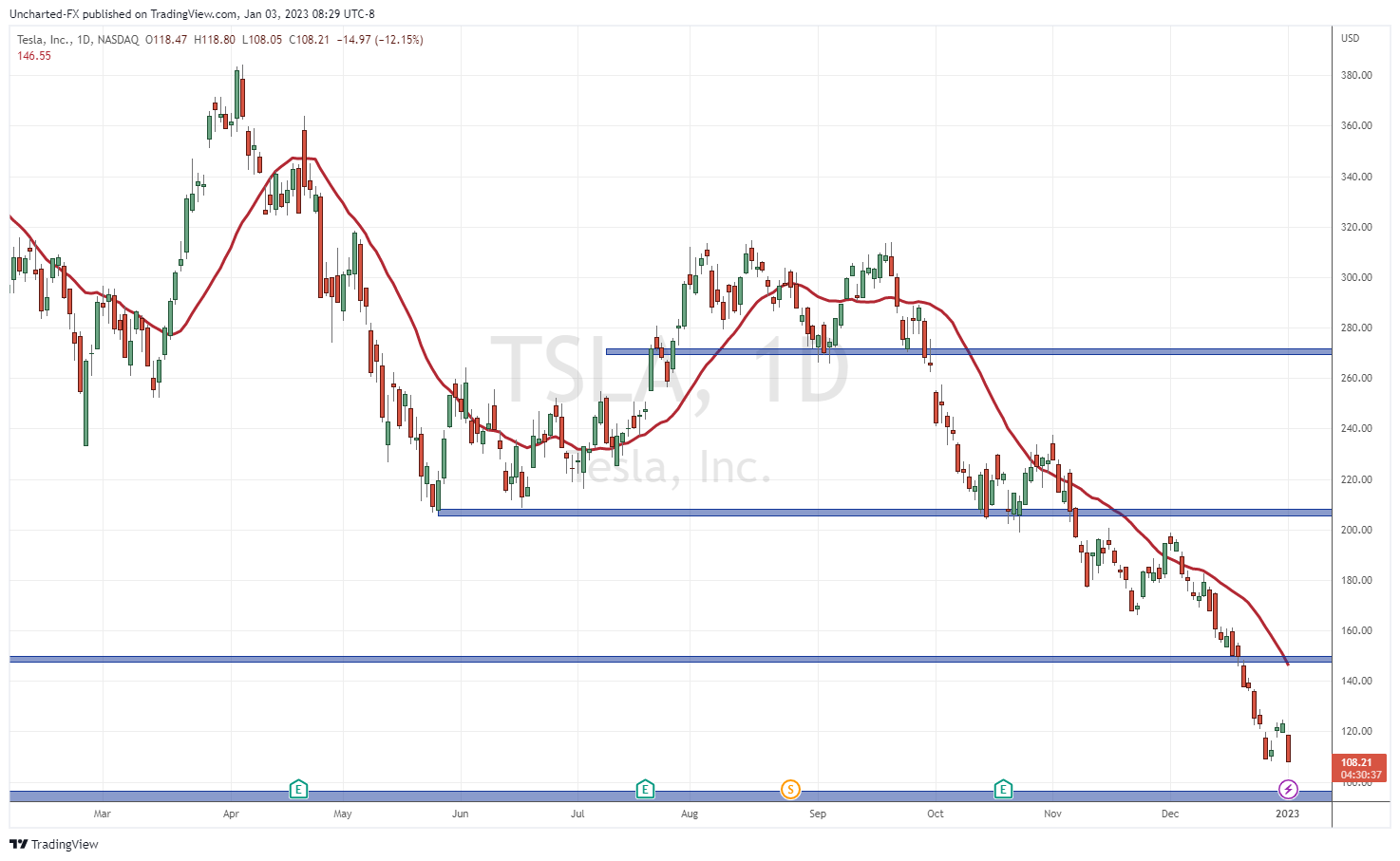 Tesla stock suffered from a year long sell off, with some bounces in March 2022 and July 2022. The downtrend continues as we kick off 2023.

Recently, CEO Elon Musk has told employees not to be “too bothered by stock market craziness.” The controversial ( and some might say, divisive) CEO has blamed the Fed and rising interest rates for declining share prices. Yes, tech stocks do tend to take a harder hit when interest rates are rising due to them having more debt. Take a look at the Nasdaq and you will see this is the case. However, critics are saying Tesla shares are falling due to Musk’s Twitter take over.

It should be noted that with a recession seemingly on the way, we are likely to see disappointing numbers from top US corporations. And likely even pessimistic forward guidance. Upcoming earnings season will be key, and personally, I am waiting for December retail sales data to get a better clue of what’s coming. If Christmas spending was weak, then it would be a strong indicator of the strength of the US consumer and increase the probability of recession.

Tesla stock itself continues to fall and is approaching the key $100 psychological support level. This is where one would expect the stock to bottom and see buyers jump in. I would personally wait for a bottoming pattern like a range to develop at $100. A long range would indicate the exhaustion of selling pressure and the potential beginnings of a new uptrend. 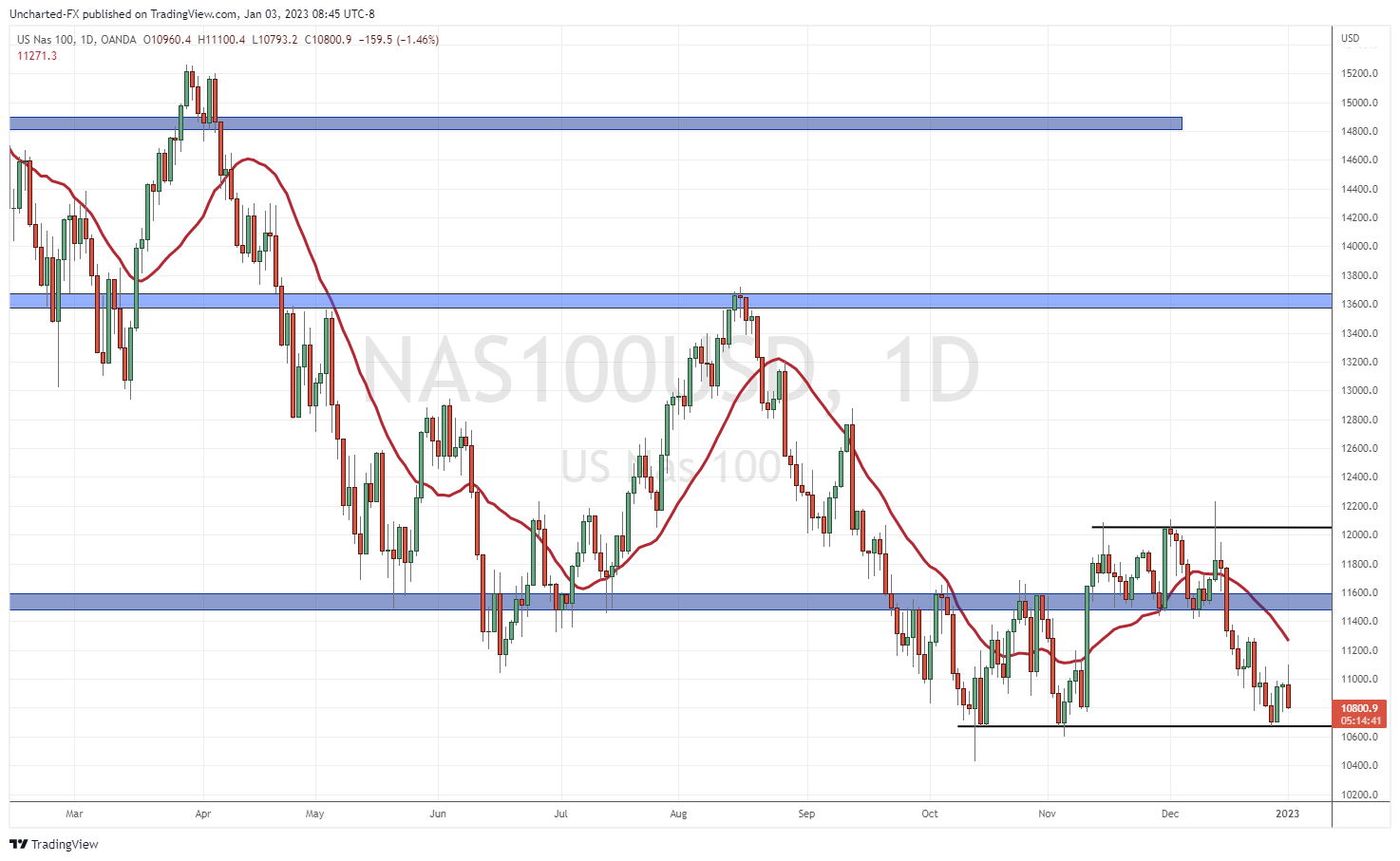 It should finally be noted that we still remain bears from a technical perspective on all US markets. The charts from recent Market Moment articles still apply and major resistance areas need to be taken out before we can confirm a stock market reversal.

The Nasdaq is actually very close to a major support zone just as Tesla. A Nasdaq breakdown would be super bearish for Tesla. A range or bounce here would be positive for Tesla. 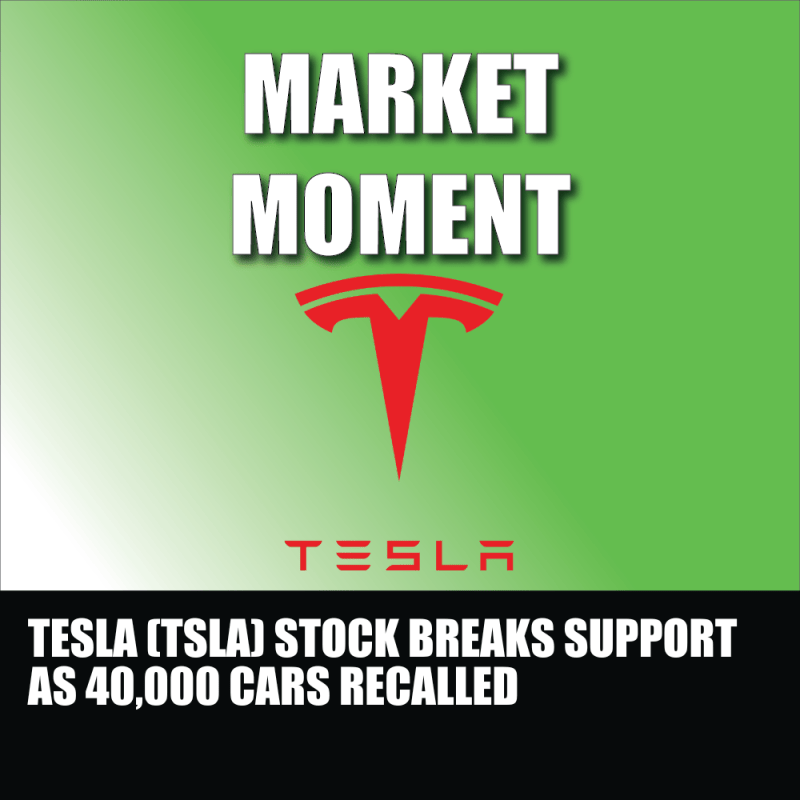 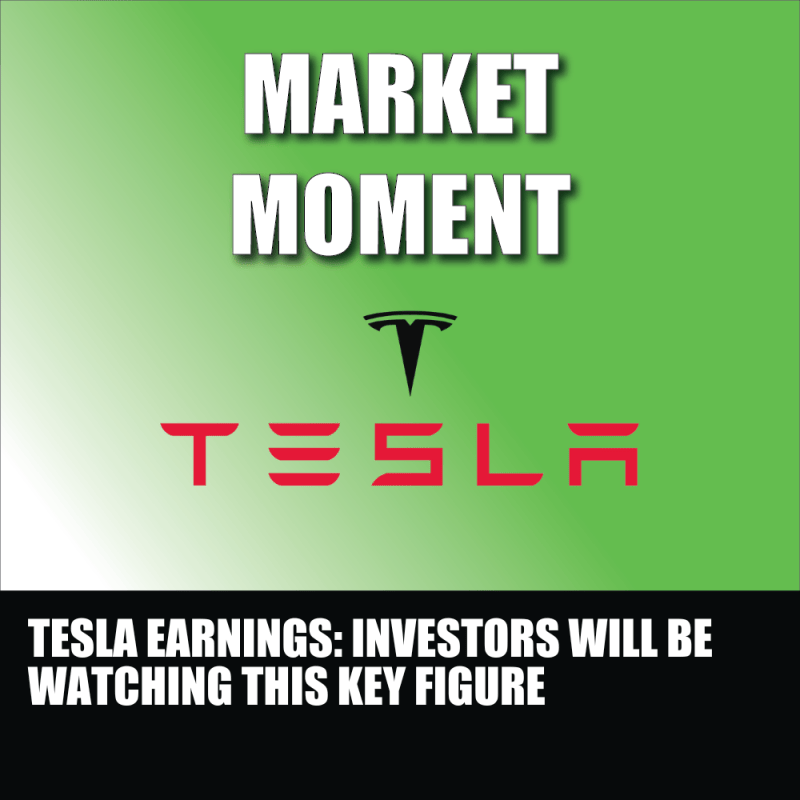 Tesla earnings: it is all about this one thing 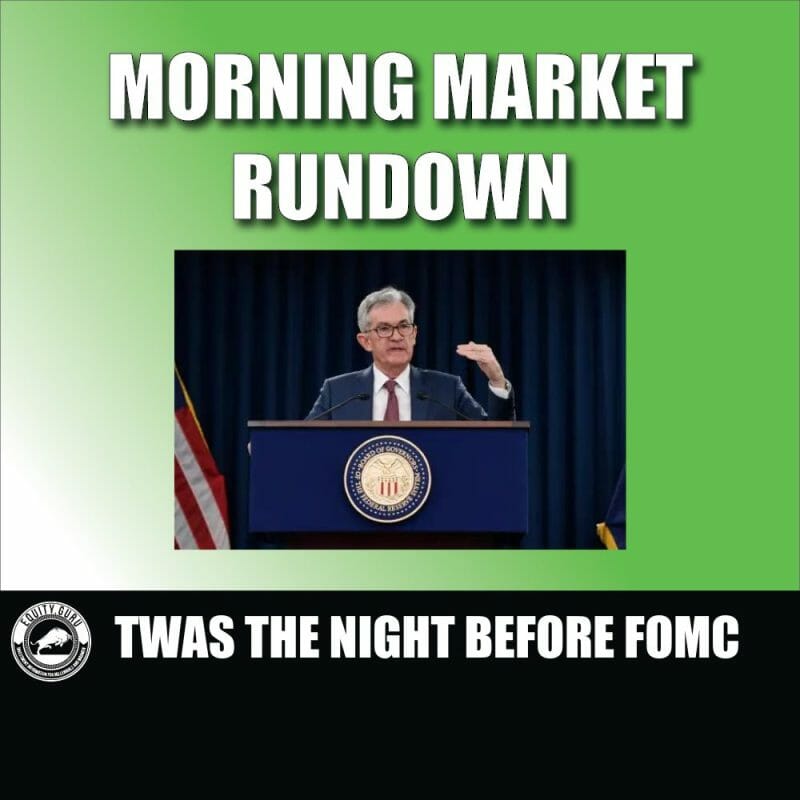 Twas the night before the Fed 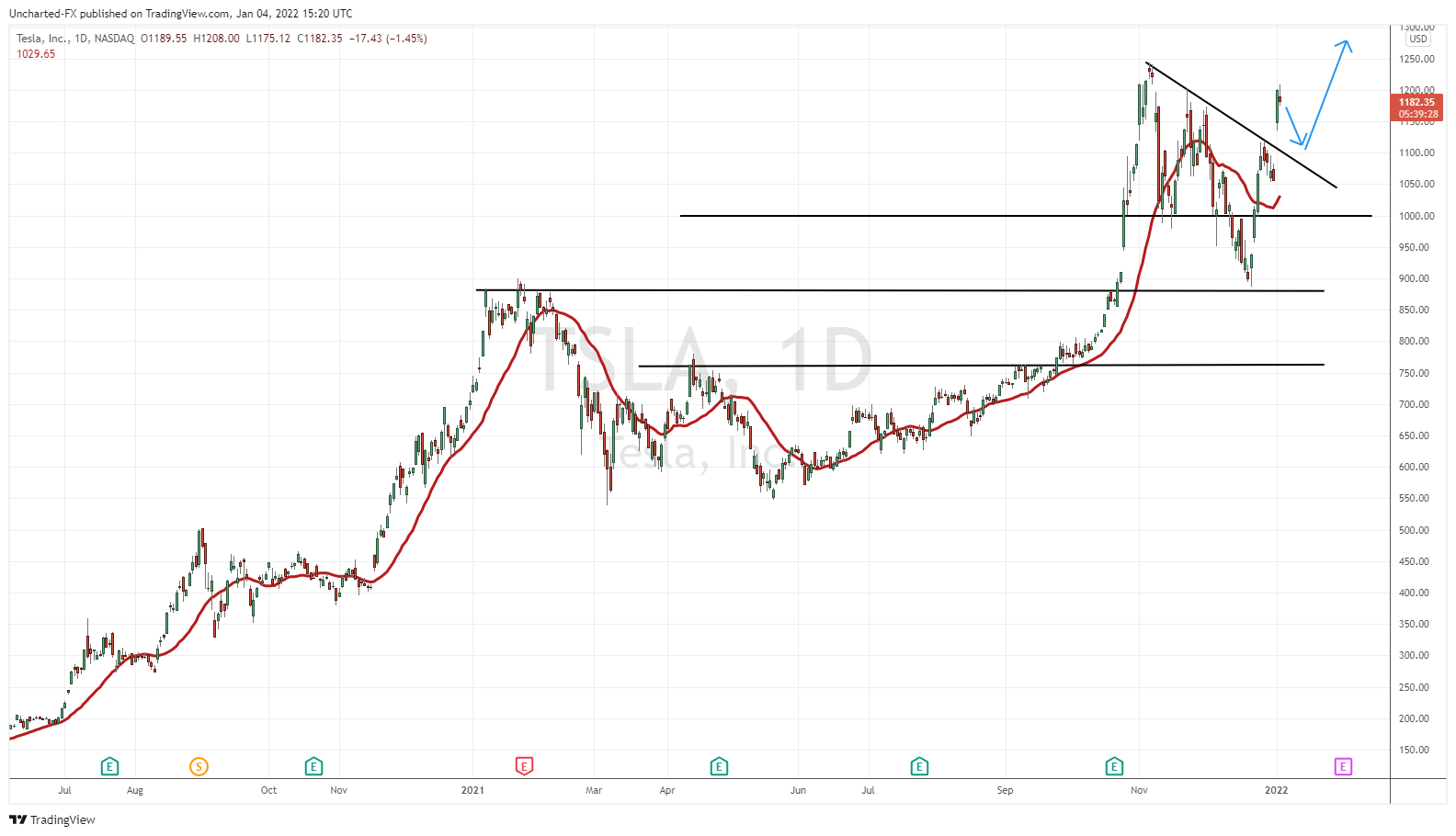 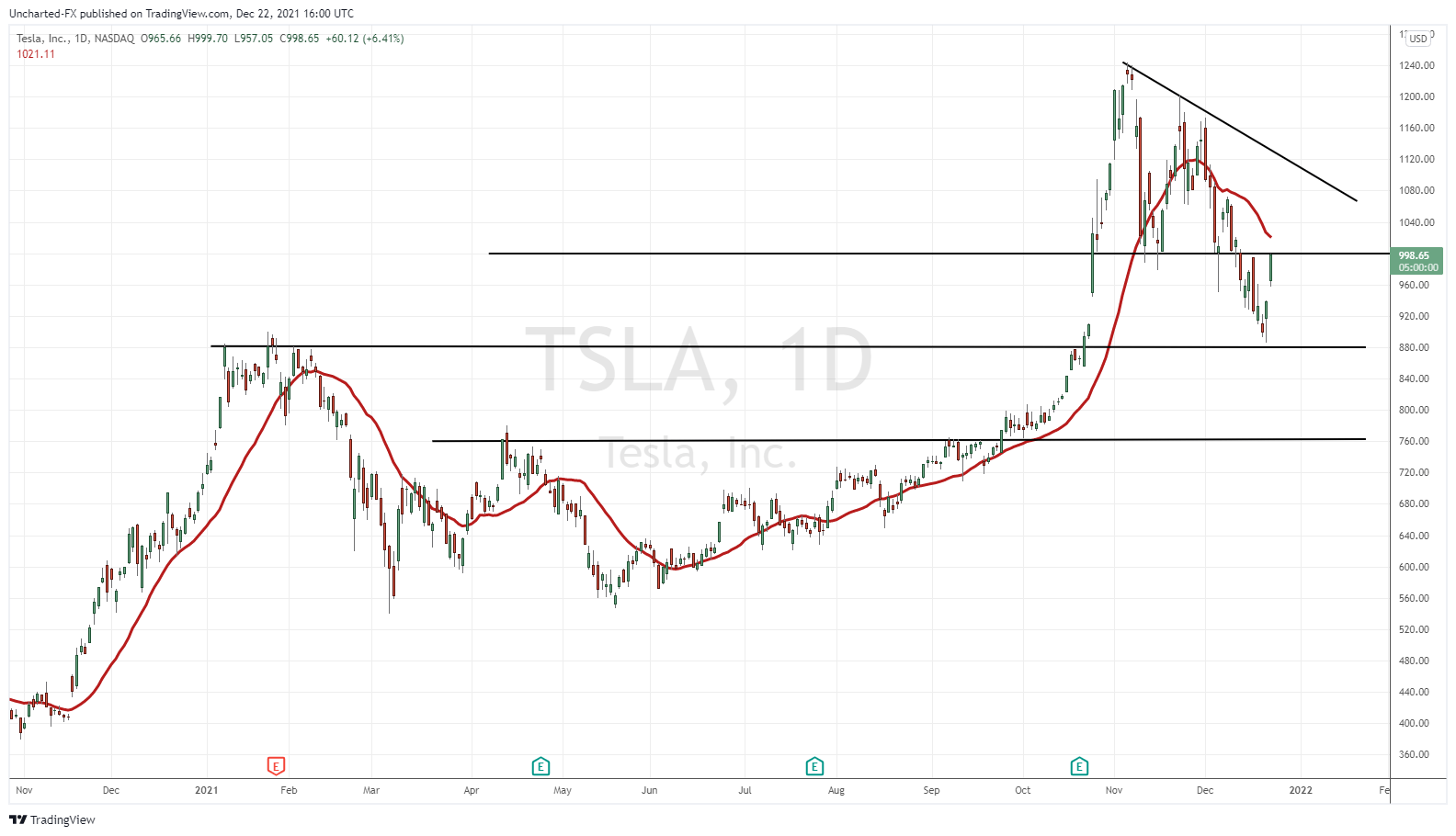 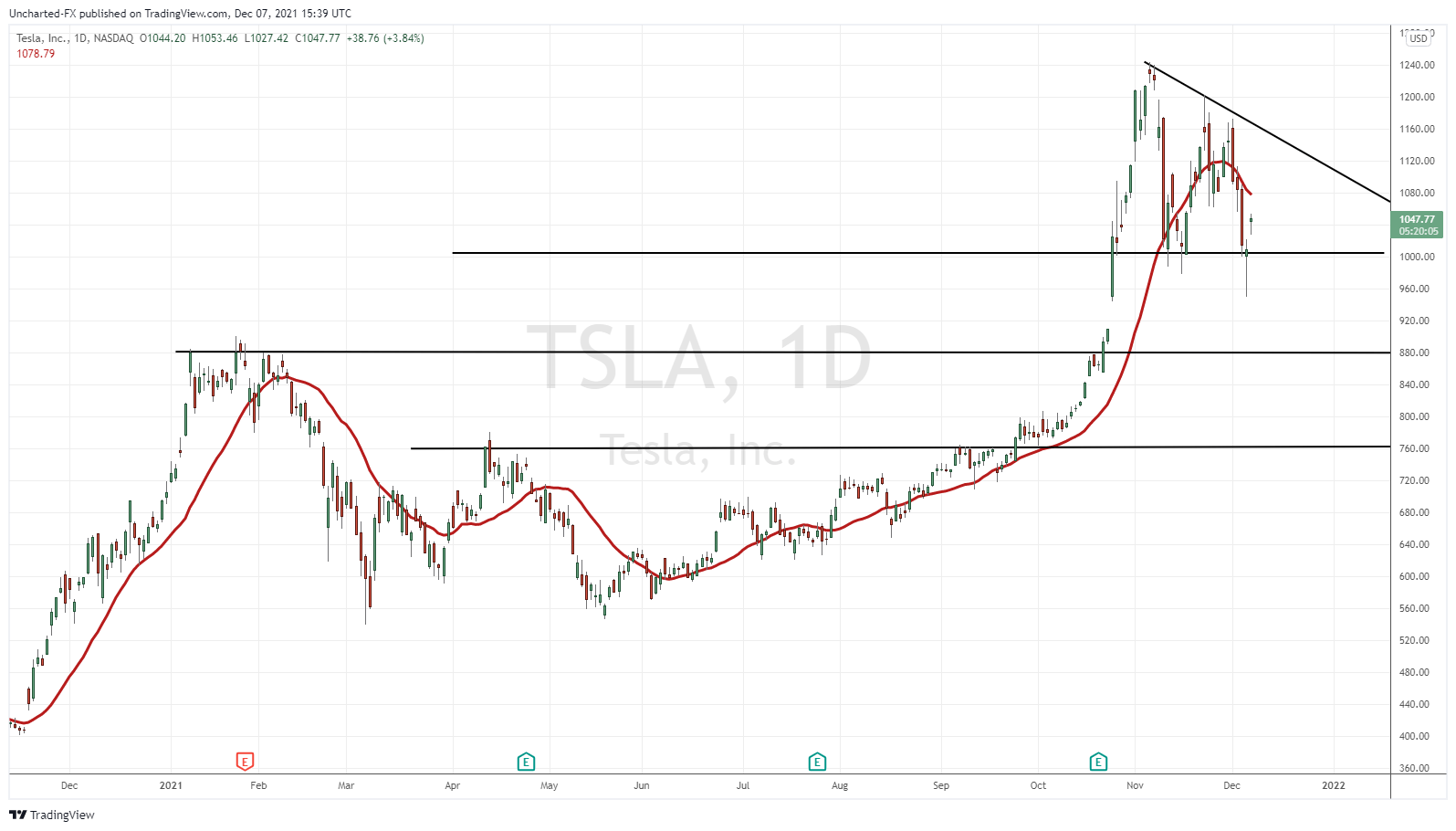 Tesla earnings: it is all about this one thing

Twas the night before the Fed