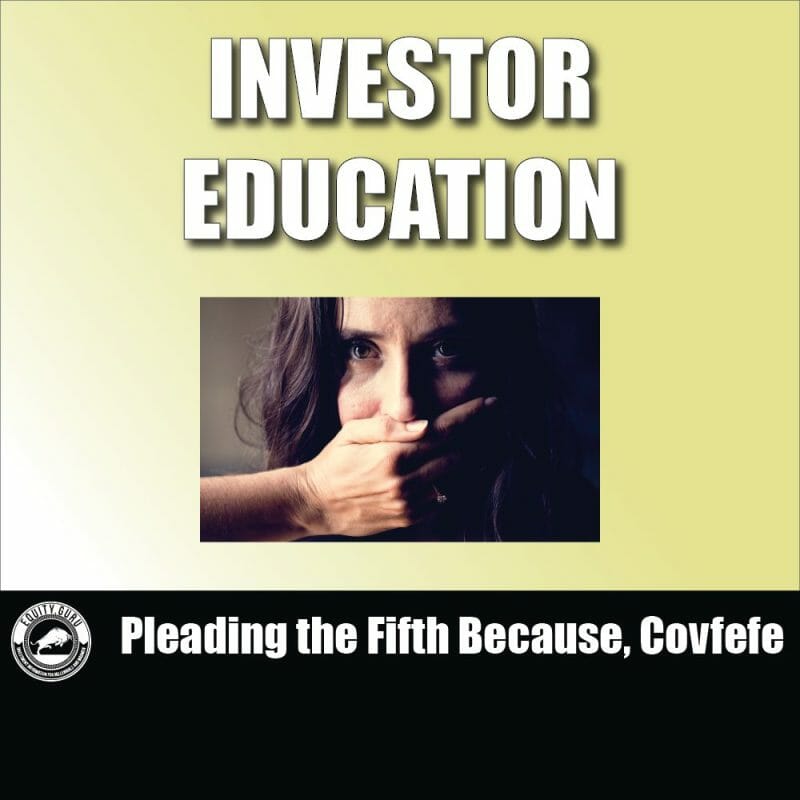 Pleading the Fifth Because, Covfefe

There is a particularly awful public figure that I promised myself I would stop talking about. When you say a name, even in vain, it endows a sort of power. All publicity is good publicity and nonsense like that.

A few weeks back I wrote that we, as a general public, have total dominion over who gets to be a famous person or not. (Which is why I’m biting my domestic, only-good-for-cooking-and-cleaning tongue, and not abusing this platform to rant about Andrew Tate. But seriously, ew.)

Unfortunately, our collective power to nullify the famous does not seem to extend to today’s topic. I had 11 cool girls slide into my email last week (the elite version of sliding into a DM), asking for a cute US of A political update. The standout message read:

I’m going to my boyfriend’s family dinner next week and they always get into these uncomfortable political arguments and I don’t know what Mara Lago is much less why it was raided? Also, I hate his parents.

As someone who talks shit professionally on the internet, I am always honored when I get emails sharing little bits of teafrom your lives. It makes me feel like Gossip Girl or, at the very least, as if I am writing about something far more trendy than financial literacy.

But finance and politics are like a Republican and the NRA – in a bed so deeply intertwined one cannot exist without the other. So, I figure, this will be my argument when my boss comes knocking at my door asking why I think that I am suddenly Politico. (I’m sure a colleague far more versed in the world of finance than I can draw an intelligent link between the recent raid of Mar-a-Lago and its potential effect on the stock market – Vishal I’m looking at you).

But for now, I’m going to try to minorly alleviate the pain of a cringey family dinner.

You all know who I have been talking about. None other than the puckered sack of spray-tanned skin Donald J Trump has been flooding headlines with news of the January 6th insurrection hearings, pleading the fifth, and the FBI’s recent raid on his Mar-a-Lago residence.

“The Mob Takes The Fifth”

Before we get to the high-intensity drama that is the residence raid, it is perhaps worth contemplating that the former president pleaded the Fifth Amendment on Wednesday. More than 440 times.

This occurred during a deposition with New York Attorney General Tish James, who is leading the 3-year-long investigation into whether the Trump Organization had misstated the value of assets on financial documents.

(To my dinner party girly: This deposition is not to be confused with the FBI raid of his home; a ramped up Fulton County grand jury probe of his election interference; a federal appeals court ruling that he has to turn over his tax returns to Congress; and the ongoing federal probe that continues to target his henchmen and confederates.)

The Daily Beast aptly described the convergence of all these events as Trump’s “Hell Week”. And even just typing that sentence made me feel like Julie Andrews spinning about on that hill in The Sound of Music before it gets all dark and Nazi-infested.

Trump answered just one question — his name — and then cited the Fifth on every other question he was asked during the deposition, his lawyer Ronald Fischetti told NBC News.

Pleading the fifth, of course, is any American citizen’s prerogative. Trump is free to invoke the fifth in any civil or criminal proceedings because he can’t be compelled to answer questions that might be incriminating. And the rest of us are free to draw the appropriate inferences from said pleading.

Donald J Trump is refusing to answer questions because his answers might incriminate him because… he has committed crimes? Just a theory.

And speaking of theories:

“Like you see on the mob right? You see the mob takes the Fifth. If you’re innocent, why are you taking the Fifth Amendment?”

As for the raid at Mar-a-Lago, some of the “cool kids” at the media lunch table are suggesting that the whole thing may be overblown because it’s just about “some papers”. Others worry that the raid suggests Merrick Garland and his team are “politically autistic”.

Reports suggest that the feds had an informant on the inside, who tipped them off that Team Trump was lying about the government records. This is not ground-breaking or shocking in any way shape or form, but if proven, it is legally a big f*cking deal.

The danger to Trump personally is severe. Violating the Presidential Records Act, a little-known and seldom cited law, comes with the implausible risk of prison time but the very real threat of barring him from ever being elected again.

Anyone who willfully conceals, removes, or destroys any presidential records—or even attempts to do so—is “disqualified from holding any office under the United States.”

John W. Carlin, who led the National Archives for a decade during the Clinton and Bush II administrations, said the Justice Department was right to become “much more aggressive.”

“I would be shocked if they were nonconsequential classified records. There’s a reason why those boxes were taken,” he said of the raid at Mar-a-Lago.

No matter how hard my little heart tried, I cannot find out exactly what this raid means (because former presidents haven’t been raided by the FBI, there’s no precedent here). I cannot say what they were looking for (aside from the clearly inconsequential classified documents relating to nuclear weapons), what they found, or, ultimately, if any of this will make a difference.

That’s all the politic I have in me for one day. I hope you have gotten insight into some of the hot, criminal, Americana topics of the week. And as for the family dinner, if you don’t know what to say or how to say it, you can always plead the fifth. Or better yet: