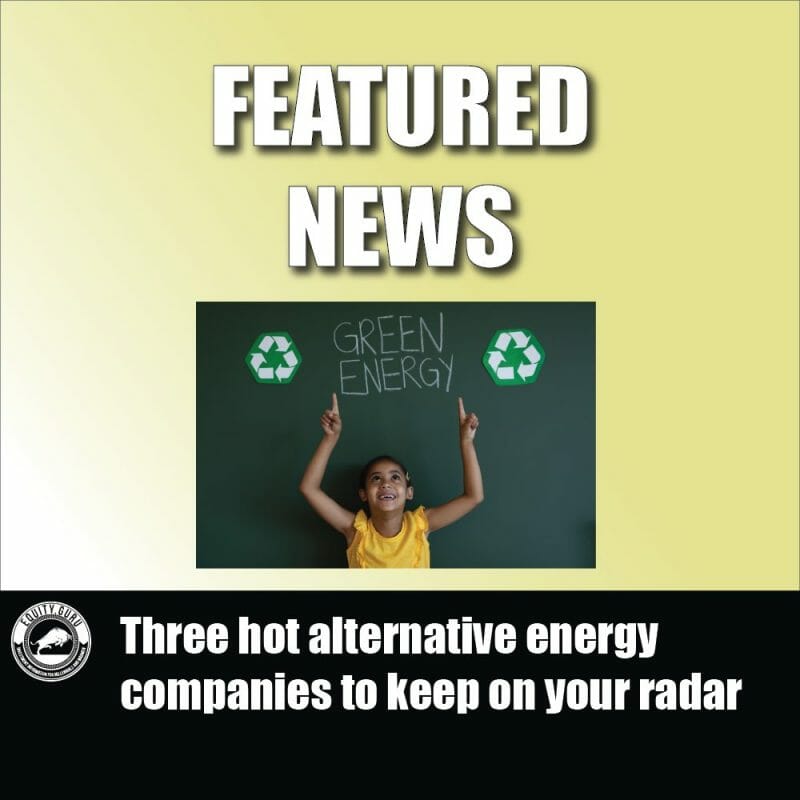 If you’re still into crypto it’s become a familiar refrain: another day and another dollar lost. The prices are down and consumer confidence is toast. Even some long term dyed-in-the-wool hodlers are wondering if maybe the dire prognostications about the death of crypto may come true. They won’t to be sure, but if the continual lines of red eating up your investment have got you down, there are other alternatives. Have you considered alternative energy?

Heavy prospects. Good on the conscience. If you’re the type of investor who needs to be able to sleep at night, you can’t go wrong with any of the three companies soon to be on offer. They’re all small cap with big upside and trajectories that show promise.

Let’s get started, shall we?

RE Royalties has a unique story. They’re a six year old that takes the royalties model normally attached to the mining and resource sector and uses it for renewable and sustainable energy industry, and followed that same path in building a company. They’re not the size that they can draw in the big guns yet, but they’re working on it. What it is is a very successful model, and the company owns over 100 royalties over multiple technologies, including battery storage, solar, and natural gas to name a few.

Their focus on whether or not the investment is capable of paying the cash yield, and they ask themselves if they can make a positive impact on the environment.

“Part of our mandate is to help our clients. Most of whom are in the greentech space. For us we are agnostic to technologies. We have invested in wind, solar, hydro, energy storage (batteries) energy efficiency, renewable natural gas,” said Bernard Tan, CEO of RE Royalties.

Royalty financing is a type of alternative finance where the lender offers a one-off fixed cash amount to a company, which then pays off a percentage of its future revenues or profits to the royalty holder.

The company mitigates their risk exposure in two ways.

“When we look at any transaction, there needs to be collateral from 2.5 to 3x the value of what we invest and it can come in certain forms,” said Tan. An example of one of these forms is in actual batteries they can move and sell in case the company can’t meet their obligations.

The second way is by doing their due diligence on the company. Most of the assets they lend to have cashflows. The counterparties they get paid from are groups like Hydro One, BC Hydro, Nova Scotia Power, or other strong government entities with good credit.

RE Royalties offers these usually in terms of green bonds.

“Green bonds are fixed income vehicles. We have a group of investors that bought the green bonds for the interest. It’s a five year bond. What’s different is that with a green bond, they’re entirely used for clean impact use of proceeds. We took those proceeds and invested them into a battery storage company, a renewable natural gas development. Anything that’s a specific use of proceeds,” said Tan.

Tan foresees a strong future for his company, given the trajectory and inertia they have already enjoyed over the past two years. Within the next two years they aim to be close to $100 million in investments. In five years, they’re aiming for $500 billion.

“That builds our lofty goals but given our track record, we’ve made 26 million dollars in the past seven months, so it’s something achievable. Our revenues are on a runway basis, trending around 4.5 million a year, so we’ll be looking to improve that with further investments,” said Tan.

Did you know there’s an island of waste plastic floating off the coast of California? They call it the Great Pacific Garbage Patch or the Pacific trash vortex. It spans waters from the west coast of North America all the way to Japan. It’s actually composed of two separate patches—the western patch is near Japan, and the eastern patch is between Hawaii and California.

The estimate in 2020 was that the garbage patch itself was 1.6 million square kilometres, which is roughly three times the size of France, or twice the size of Texas. Seriously, it’s a problem.

We need to figure out something to do with our plastics rather than just throwing them away.

Aduro Clean Technologies (ACT.C) may just have the answer.

The value proposition here is in the technology. They provide an alternative to landfills.

The company has discovered a novel method of breaking down complex molecules like those found in plastics. Instead of destroying the molecules and rebuilding them, which is the traditional way of recycling plastics, they break plastics down at the molecular level and recycle them at that level.

The company has dubbed their process hydrochemolytic. If you break that down we can see hydro means water, and chemo in this case means chemolysis.

Chemolysis is the decomposition of organic substances into more simple bodies, by the use of chemical agents alone. It breaks down plastic molecules as well as those of crude (oil). It allows for deconstruction of plastics at a molecular level, after which they can redistribute the core product where it’s needed.

This isn’t quite the same thing as grinding polyethylene terephthalate (PET) from blister packs and soft drink bottles into pellets to be reformed into a hoodie because it happens at a level that’s even smaller than that. The best outcome for this type of product is fuels.

The original research was done on bitumen, and they blended it down with light bitumen to make market ready products.

Abe Dyck, the VP of strategy and business development for Aduro, expects a strong upward trajectory in the next few years owing to their planned expansion.

By next year, they want at least one pilot plant operational. Within two, they want more.

“We have a list of thirteen companies that want to engage with us in some way or another. We’ve developed a client trial program. Some of those companies will pay us to run trials on their materials. Increase these trials by two years,” said Abe Dyck, vice president of strategy and business development.

Within five years, they’re talking about licensing engagements. One of the company’s business models is to license the technology out, so they won’t have to build, own, and operate every site. So far they have twelve licensed engagements and one facility.

Presently with a market cap of $28.6 million, this company is undervalued based on their capacity and trajectory. They’re at the stage where they’ve moved completely out of the laboratory and they’re getting to work on building a pilot plant. This is the right time to get into a company with a truly environmentally friendly product at a time in their life cycle when there’s nothing but upside.

Stephane Dallaire, the CFO of Charbone Hydrogen (CH.V), wants you to know that hydrogen is not only safe, but it’s the only way forward.

“Hydrogen is the future. There is no ifs or buts, it’s the future. It’s the most abundant element on the planet. Lithium is a limited resource. You can’t use electricity in everything. Cars and buses, but no planes, boats, or trucks. Anything else has to go to hydrogen.”

Charbone is a Canadian green hydrogen group. Their strategy involves developing hydrogen facilities, and they’ve been acquiring hydro power plants in the United States and Canada to accomplish this. They intend to produce green dihydrogen molecules using reliable and sustainable energy to help them stand out as a provider of an environmentally friendly solution for both industry and commercial enterprises.

“Hydrogen isn’t nearly as dangerous as gasoline. It’s a very light gas. As soon as something happens with hydrogen, it shoots straight up in the air,” Dallaire said.

The market for hydrogen is $200 billion. He mentions that ammonia and propane is made from hydrogen, and we use a lot of hydrogen. There are lots of industrial applications.

It’s a perfectly renewable natural resource that’s also has the benefit of being energy efficient. A new generation of investor prefer green energy and green initiatives over profits, and there’s a sense of urgency to take care of our planet. Even if we do meet the target of reducing climate change, we can’t do it without being green.

Companies are responding to this demand.

“When you talk to companies, they want the green brand on their logo,” Dallaire says.

Charbone’s next move is going to be out west and across America. The company has been busy acquiring existing hydro-electric plants ranging from 0.25MW to 25MW in markets where there’s a strong demand for renewables, and they recognize they’re going to need to build more plants to be close to customers, because transporting hydrogen is costly. That might be its only negative point.  You can’t distribute it easily.

Dallaire offers the example of selling to California from their plant in Quebec.  It’s not economically feasible because the most you can get on a truck uncompressed is 250 kilos. Cost of transport becomes uneconomical at that point. If you liquefy it it’s different, but you lose some every day hydrogen spends on a truck, you lose some and within ten days, you’re down 20-30% of your hydrogen. That makes distribution an issue and that’s why they’re expanding.

A few bumps aren’t going to stop the future, though.