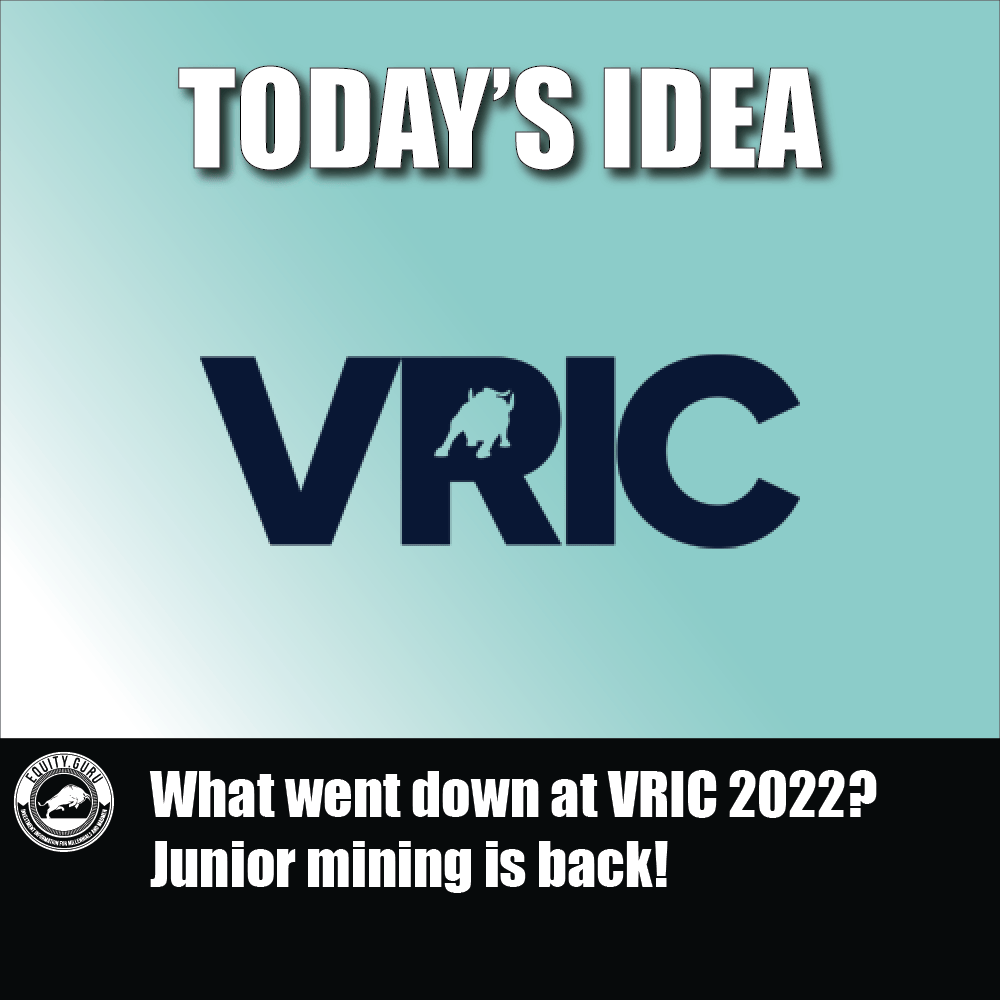 The Vancouver Resource Investment Conference has come and gone. Amazing two days. There were some big names there such as the 22nd Prime Minister of Canada Stephen Harper, the former President of Mexico Felipe Calderon, Nomi Prins, Robert Kiyosaki, Danielle DiMartino Booth, Harry Dent, David Rosenberg and many more. I did not attend these talks, but I could hear some of them over the speaker from the main stage. A lot of interesting geopolitical points brought up by Mr. Harper and Mr. Calderon.

The videos for all these main talks will come out on Youtube on the Cambridge House Youtube channel in upcoming weeks. My conference experience was all about talking with CEO’s and geologist’s of mining companies and getting a sense of the overall sentiment. My personal highlight was getting Harry Dent to sign my 1 million Venezuelan Bolivares bill!

There will be a series of VRIC articles coming out in the next few days where I focus on companies that caught my attention. If you are a fan of gold, silver, copper, uranium, platinum and palladium, I have some solid companies for you to put on your watchlist.

Let’s start with the sentiment. I did notice that there seemed to be less people attending than previous shows. But I think this comes down to two things:

Let’s not forget that this has been happening in the markets: 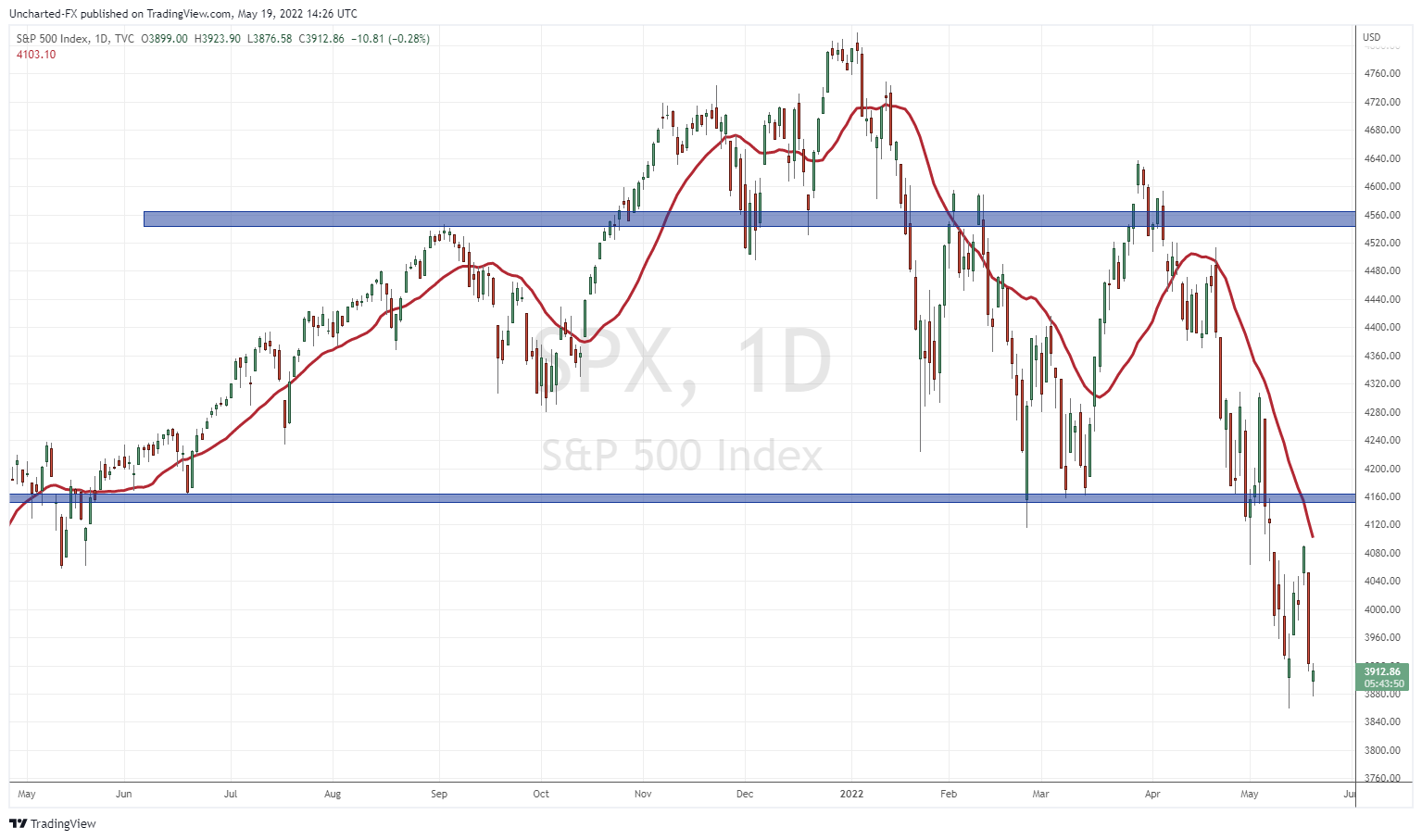 On Wednesday, a lot of people were talking about the epic drop in markets. A lot of junior mining stocks are also hurting. Many conversations I had went like, “our stock price was over $1.00 a few months ago and now we are under $0.75”. However, the majority of the management I spoke to were still positive on their company because they have solid press releases and more importantly, sitting on big cash positions all geared up for drilling this year. Some of them were shocked that their stocks fell this much when the company and assets are healthy, but this is what happens in an overall stock market drop. 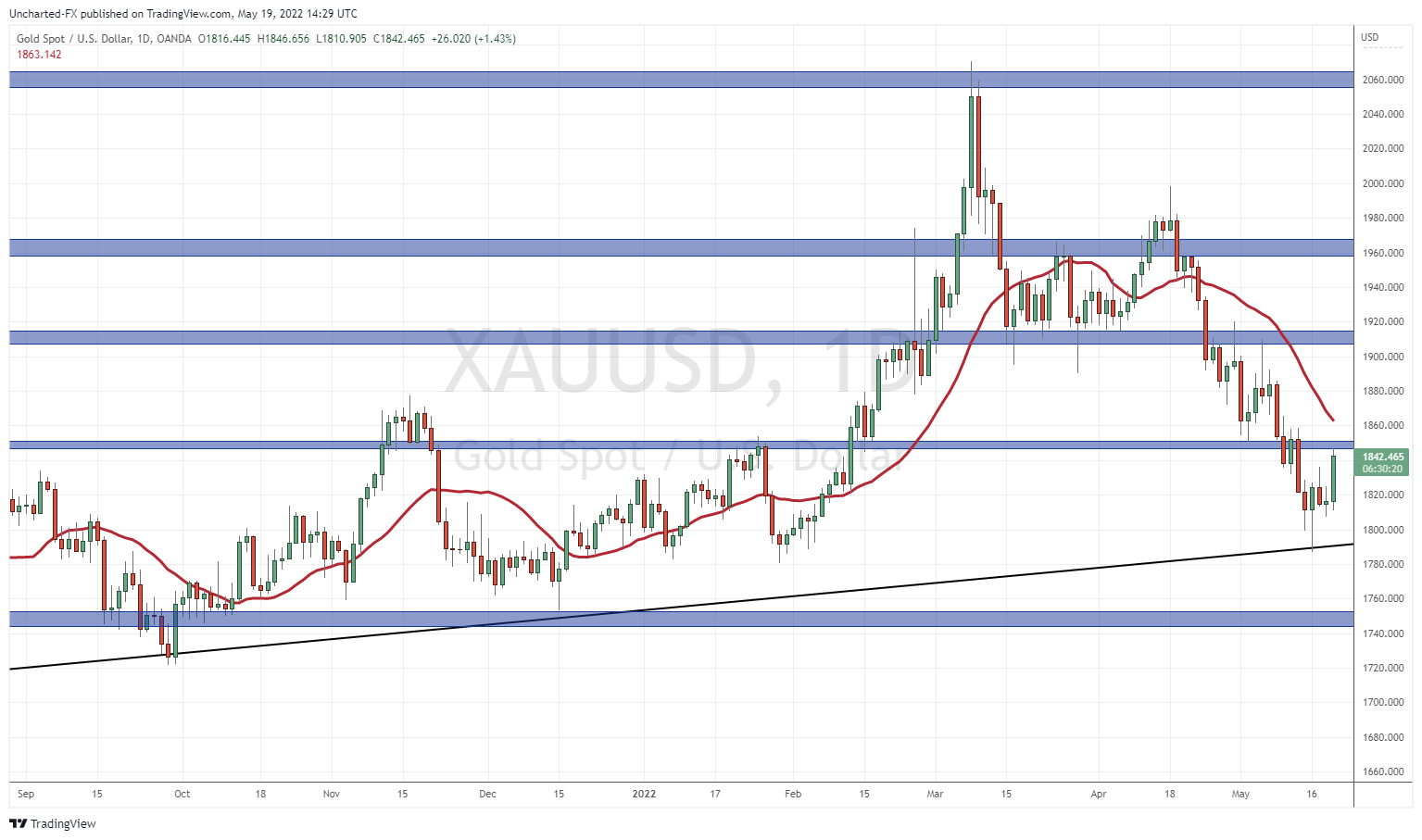 The price of gold did not do much during Tuesday and Wednesday. Many of the CEO’s thought that the fall in gold is actually a sign of how strong it is. Many times in the past, gold would have dumped much harder. We are still holding above $1800 for now. Quite the epic pop today on May 19th 2022, but we do need to climb above $1850 to erase any thought of more lower highs and lower lows. 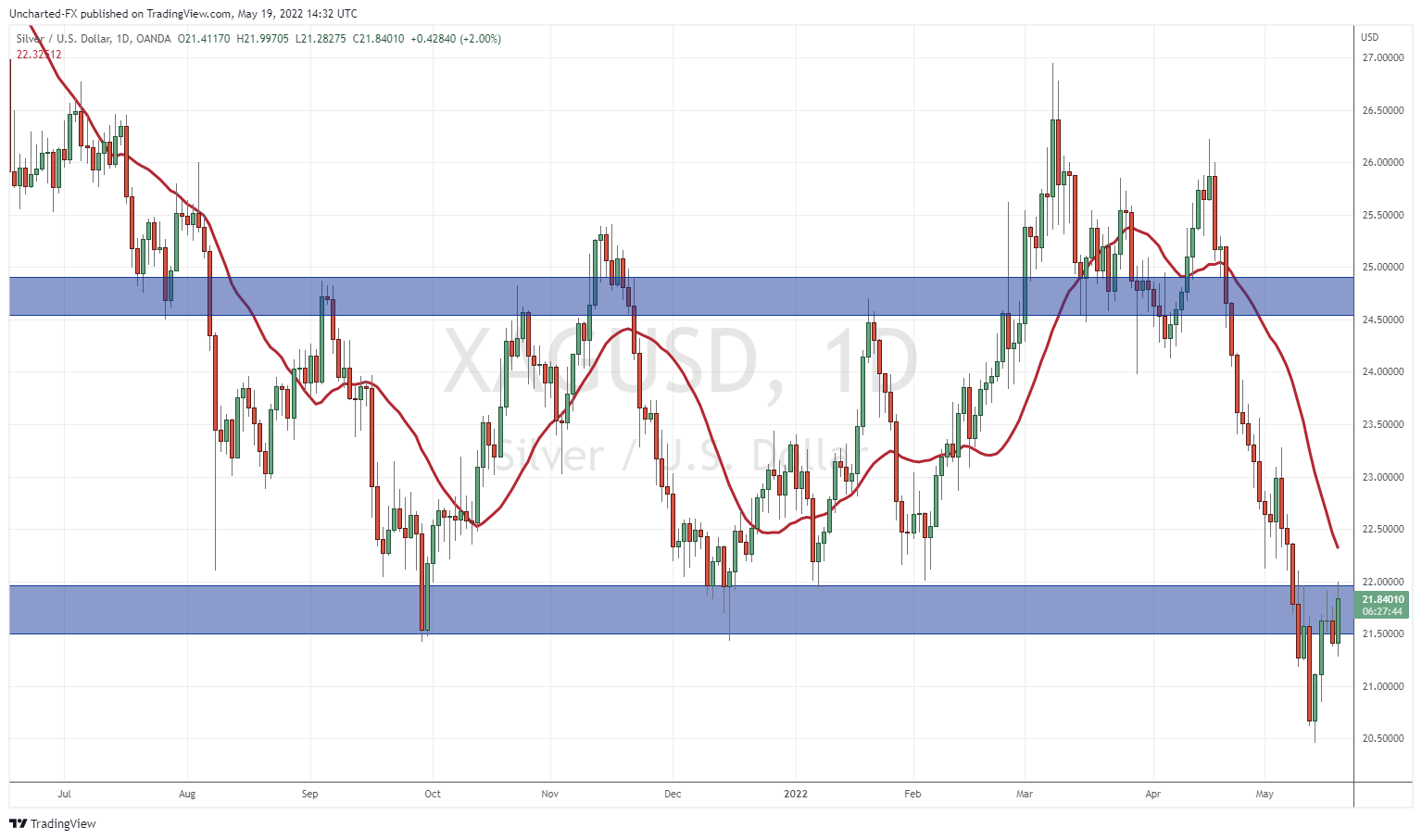 Silver was the metal I talked about the most at VRIC. I told management of silver companies that we were actually testing a crucial resistance zone at $22, and how we needed to close above it in order to prevent a drop lower to $18. I was itching to pull out my phone to check what silver was doing. Every morning before I left for VRIC, I saw silver was testing the resistance. Fortunately there was no major drop. At time of writing, we are making a nice push towards $22. Can we close above? We shall see. If so, rejoice silver bulls!

I did impress some silver company management teams by showing off my global silver bullion collection. You know, just in case they couldn’t tell by the excitement and passion in my voice that I am a big silver bull. Plenty of silver companies caught my attention and I am very excited to share what I found with you all in the upcoming days.

In terms of sentiment, I have to say this was the best sentiment I have ever seen since I have been attending VRIC since 2016. Something felt different. The energy was very positive. Even though markets were tanking and so were the junior mining stocks, people were still very positive about gold, silver and the commodity space. A lot of the people I spoke to actually said that Bitcoin crashing is very positive for gold. That many of the crypto traders will come over to gold and silver. I personally think it has to do with younger people now being more interested in financial markets and researching inflation. Gold and silver is not about making wealth but protecting your purchasing power.

Readers know I have been saying this is the space you want to be in for the inflation trade. I even said that the run into the dollar will cause a brief dip buy opportunity. The rising dollar will actually put more pressure on the world as per the Dollar Milkshake theory.

So in summary if you are a fan of precious metals, be prepared for a positive 2022. The sentiment is great. I am even getting phone calls from my friends who are into investing now asking me about gold and silver. Things I told them years ago but they didn’t care about precious metals. Now they are. It is always difficult getting the younger money into mining, but supply chain disruptions, commodity price spikes, and inflation are getting my generation and younger to finally consider commodities.

Be prepared for some amazing stories and companies in the next few days. Some things I will be talking about are: