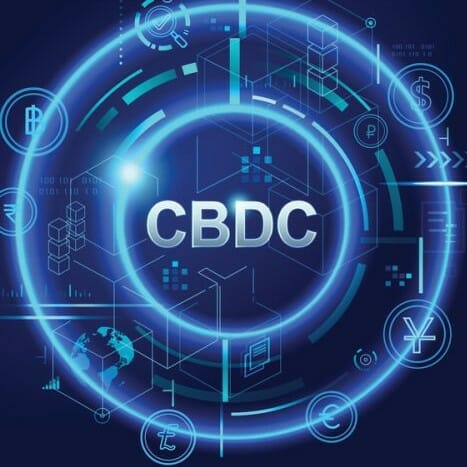 The Cryptocurrency Guide for the Perplexed: Central Bank Digital Currency and the death of privacy

President Joe Biden sent out an executive order to his people to learn all they could about crypto and determine if it was a threat to national security, and the news flew under the radar when they finally came back. It wasn’t anything anyone in the crypto space wasn’t expecting already—regulations required at all levels for protection of consumers, financial institutions, systemic risk mitigation for US interests, and find a way to mitigate the law enforcement risk posed by crypto, and then this little gem about central bank digital currency.

“Explore a U.S. Central Bank Digital Currency (CBDC) by placing urgency on research and development of a potential United States CBDC, should issuance be deemed in the national interest. The Order directs the U.S. Government to assess the technological infrastructure and capacity needs for a potential U.S. CBDC in a manner that protects Americans’ interests. The Order also encourages the Federal Reserve to continue its research, development, and assessment efforts for a U.S. CBDC, including development of a plan for broader U.S. Government action in support of their work. This effort prioritizes U.S. participation in multi-country experimentation, and ensures U.S. leadership internationally to promote CBDC development that is consistent with U.S. priorities and democratic values.”

A central bank digital currency would use all the same technology employed by bitcoin and ethereum, but likely be a hybrid blockchain, which includes a blend of private and public features. It would be perfectly transparent to the government and include visibility for the user to see their own entries onto the blockchain, but likely include certain features common to private or permissioned blockchains to keep anyone else out.

Naturally, that means the user will only have permissioned access to some areas of the blockchain—likely pertaining to his or her own activities. The government will be able to see everything and if trends involving government and corporate surveillance from the past few years continue, they will be able to see more of the individual citizen’s private financial life than the citizen.

It would have pros and cons attached as you might expect.

There would be two main tracks: wholesale and retail. The retail projects would be issued through the central bank for the general public. A CBDC-based system would carry no credit risk. Funds would not be on the balance sheet of an intermediary, and transactions would be settled directly and instantly on the central bank’s balance sheet. You’d be expected to open an account directly with the Federal Reserve, or whatever the central bank is for your country.

It wouldn’t do much for solving the problem of the world’s un-banked population. Instead, it would probably add another technologically aided barrier to involvement.

Where else is this being done?

The United States isn’t alone in this. Actually, they’re quite late to the party.

According to the international monetary fund (IMF), there are 100 countries looking into CBDCs. India, for example, is going to launch a digital rupee in the coming year. China rolled out its Digital Yuan in time for the 2022 Beijing Winter Olympics. Some nations in the eastern Caribbean have already launched their own digital currency called Dcash.

Beyond them, the United Kingdom is seriously mulling it over and there have been some hushed mumbles coming out of Ottawa.

The question we should be asking ourselves, though, is whether or not this is a positive step ahead for Canada.

My answer is no.

Governments like to tell their people what to do. They say it’s in our best interests and maybe they can rationalize it for their own ends, but mostly that’s questionable.

For example, we have the imperial attitude in Canada. It’s a psychological and cultural artifact from our time as a colony of Great Britain and it hinges on the notion of noblesse oblige, which basically gives those in power free reign to do whatever they want as long they can justify that it’s in our best interest. It’s been used to do some good things: like seatbelts and drunk driving laws. But it’s also been used to push through some fairly ridiculous things, like over-regulation of cannabis and tobacco industries; most of the COVID-19 mandates; impending cryptocurrency regulation and limitations on who can own stock and why.

The sentiment behind the idea is that the average person is too ill-equipped to make rational decisions on their own, so the government, like any good steward, will take those decisions out of your hands. In truth, that’s most commonwealth countries. The United States engages in this behaviour with a benign paternal authoritarianism while other countries aren’t quite so sanguine about masking their control—for example, in China, the government will shuffle you off to a re-education camp if they catch you doing something they deem antisocial. The common denominator here is social control.

Different reasons but the same result.

Privacy coins provide a hedge against nosy governments, be they benevolent or malevolent, peering into your business and having opinion about the way you live your life, and taking control of your financial choices out of your hands. They provide the same anonymity as cash, if not the same stability.  And there’s at least one private stablecoin that I know of, which could be a big deal in the future.

Beyond that, though, let’s take the example of the nosy neighbour, who peers into the blockchain (and potentially the Digital Loony) barring the government forgets to make it a hybrid blockchain and instead leaves it open and permissionless, and watches the asset flow in and out of a wallet associated with a political party he opposes. Or perhaps something even more egregious—an individual or organization who observes monetary flows, which he then intends to steal via scam or artifice. Can you imagine how much more well-armed an informed scammer could be?  Calling you at dinnertime and using your private financial information gleaned from the blockchain against you to extract money?

Still, there are going to be detractors on both sides.

We’ll have the side that won’t adopt a cryptocurrency-based system no matter who’s sponsoring it, and while normally I’m at odds with these folks, I’m willing to admit that we’re fellow travellers here. Then there are the early adopters and patriots, who live by George W. Bush’s edict muttered as an excuse for the USA PATRIOT act: “If you have done nothing wrong, then you have nothing to hide.”

In an ideal world that would be a mic drop without the need for followup. We don’t live in an idea world.