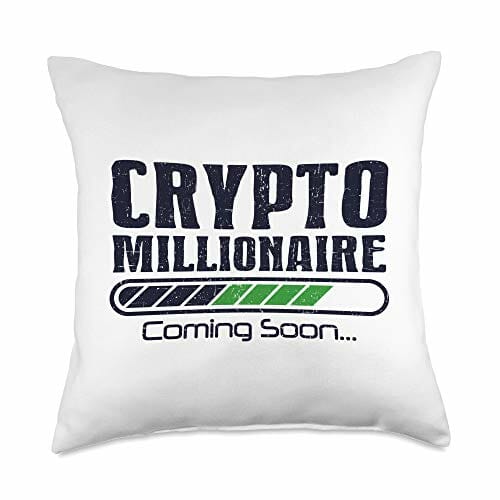 The Cryptocurrency Guide for the Perplexed: The Fringe, The Weird, and the WTF

Normally we cover the top 100 crypto by market cap on Perplexed, but today we’re covering four strange and disparate cryptocurrencies, ranging from the peculiar but theoretically useful Augur to the downright weird Cthulhu Offerings.

Because there’s some weird shit out there and you should probably know about it—especially if you’re going to look around for a new altcoin to toss money into. There’s money to be made in the altcoins during a bull run—just ask anyone who bought SHIB early and cashed out and bought a yacht.

The problem here is that any idiot with enough technical savvy can create his own crypto using either the Ethereum blockchain to create an ERC-20 token, or to copy the Bitcoin blockchain and put out their own.

Sometimes these do well—like SHIB or LTC respectively. Most of the time they don’t. 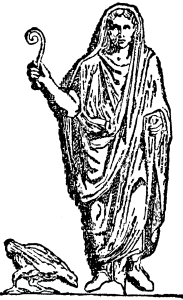 This isn’t a coin you’re going to make a million on. It’s niche, and admittedly a little strange, but it can make for a fun afternoon.

Augur is a decentralized prediction market built on the Ethereum blockchain. It was developed by the Forecast Foundation.

What it does is allow any user to create a prediction market on any topic.

There are two types of markets: Categorical markets and scalar markets.

Categorical markets include up to seven options.

For example—How many points will the Lakers score tonight? Players can either be long or short any value here, meaning the result can be higher or lower than a set value. If a trader longs at a certain value, the more above said value the result is the more money they make, and vice versa for shorts.

Crowdfunding for Augur started in 2015 and the project launched in 2018. Not too long after the platform’s launch, users started creating death pools, or more colloquially known as assassination pools—on famous people. Because people are horrible. It’s also important to note that no-one has been assassinated based on these pools.  Just pointing that out.

Most of the major exchanges carry it. Binance, OKX, CoinTiger, Mandala Exchange, and DigiFinex. 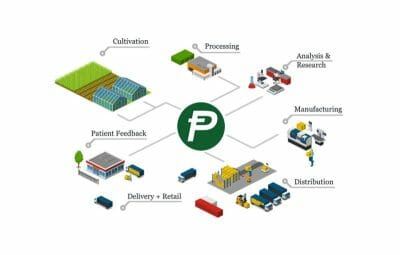 Four years ago a potcoin made sense.

It was created in 2014 as a potential solution to help with the banking issues the legal cannabis industry was dealing with at the time. Namely, Federal drug laws were in place in the United States, and the industry operated on a cash basis. More or less. The core issues surrounding the federal laws and the limitations on the banks is still in effect. So far. The prohibition on cannabis is falling state by state, and soon there won’t be enough left to justify the banking prohibition.

If you’re looking for an alt, make sure that the overall job the coin was built for still has relevance.  This coin unfortunately has a rapidly diminishing future.

In terms of build, Potcoin beras some similarities to Litecoin with the major difference being that PotCoin jettisoned the Proof-of-Work consensus mechanism for a variation on Proof-of-Stake algorithm that takes into account the activity of the cryptocurrency holder when determining if a new block should be closed.

Probably the most noteworthy tidbit of information about PotCoin is that it was partially used to fund Dennis Rodman’s trip to North Korean – United States Summit in Singapore in June 2018. If you’re unfamiliar or maybe not around in the 90’s, Dennis Rodman was a professional basketball player and NBA Hall of Famer from the Michael Jordan era of the game. When he arrived, he donned a Potcoin T-shirt, and it also showed up on his social media account.

Providing funding options for the cannabis industry originally. Nowadays? Something to bring up at parties.

And now for something completely different. 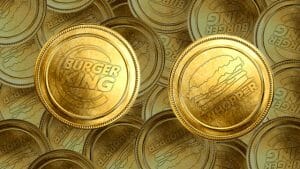 Whoppercoin isn’t so much weird as sad.

WhopperCoin was a cryptocurrency launched as part of a loyalty rewards program by Burger King in Russia. Each purchase of a whopper gets you a WhopperCoin in your digital wallet. As you might suspect, it didn’t exactly take off. WhopperCoins reached USD$0.14 in September 2017, when Bitcoin was dragging all other cryptos to stratospheric heights for the first time, but by January at the start of the crypto-winter, it was worth about two pennies. By September 19, it was basically dead.

Ivan Shestov, the head of external communications for Burger King in Russia called WhopperCoin an investment tool, and is on record as saying that “eating Whoppers now is a strategy for financial prosperity tomorrow.”

Now the only investment dividends you can expect from eating whoppers is a cardiac event.

Where can you buy it? You could theoretically go to Pancakeswap and swap for it, but why would you? 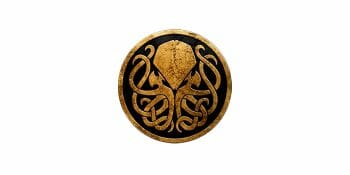 Dogecoin is probably the most famous of all the gag coins, but it’s far from the weirdest. That falls to Cthulhu Offerings—or at least I suspect it’s a gag coin. I mean what else could it be?

If you’re not down with the horror crowd, Cthulhu is a fictional cosmic Godlike entity that acts as the final bigbad or the H.P. Lovecraft Extended Universe (HPLEU). Think Darkseid, except not dumb. His a squid-like elder God like creature who sleeps under the Pacific Ocean waiting to be released by his loyal cultists, and yes, he’s got quite the fanbase. 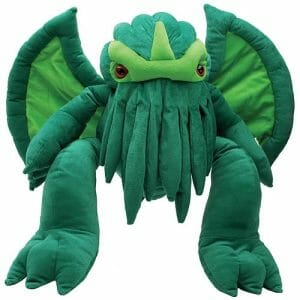 Dread Cthluhu lies dead and dreaming—and is ready for cuddles

Users can run the OFF client to mine more coins. It even has halvings.

The crypto was originally announced in 2013 by a user called Blazr2 on the cryptocurrency forum Bitcointalk. The growth of the coin hasn’t exactly been stratospheric, but some of the culture they’ve come up with is definitely worth a giggle.

The “ritual” refers to the distribution of coins. Coins are called “offerings” or “blessings,” and users are “cultists,” and mining is done through “sacrifices.” Hilarious.

“Offerings was released near the equinox and designed to fit in to the Cthulhu/Illuminati mythos,” according to developer Adam McKinney, or Blazr2. “Its rewards are designed like a ritual and it’s fairly rare as far as alt coins go. It was not released to make money or even to be profitable—it was released because Cthulhu deserves a way for people to waste electricity in his name.”

I honestly couldn’t find anywhere you can buy this.

Presumably funding Cthulhu’s cult and bringing about the end of the world. Or maybe just a gag coin, like Doge, except without Elon Musk backing it.

The reason I’ve included this coin on the list is as an object lesson. It’s funny, but ultimately a weird waste of money, which is where most meme coins are going to end up eventually.