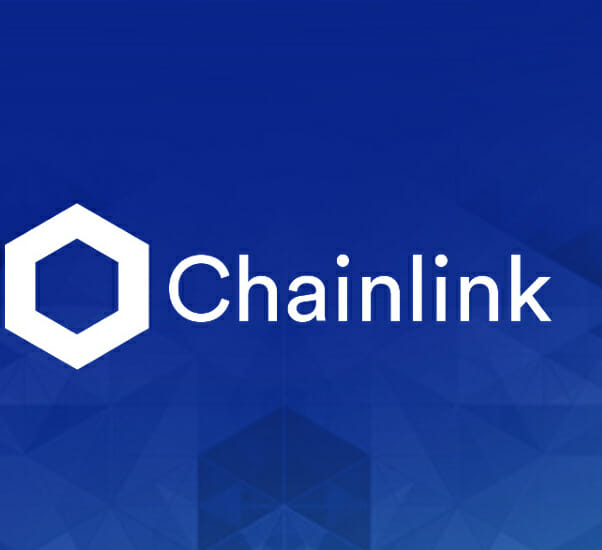 The Cryptocurrency Guide for the Perplexed: Chainlink (LINK)

Settle in, folks, because we’re talking about Chainlink (LINK) today and it’s going to take a lot of unpacking.

First, Chainlink is a decentralized blockchain oracle network built on the Ethereum blockchain. The network is used to transfer data from off-chain sources to on-chain smart contracts, and its creators say it can be used to verify if the parameters of a smart contract are met in a manner independent from any of the contract’s shareholders through its connection to real world data, events, payments and other sources of information.

In layman’s terms, it’s a network that connects real world sources of data to the blockchain, and helps makes smart contracts run. It’s token is called an ERC677 token, which is an extension of the more common ERC20 that makes up a great many of other tradeable tokens. This token acts as a data payload, feeding the data from off-chain sources to the smart contracts, which can then act accordingly. 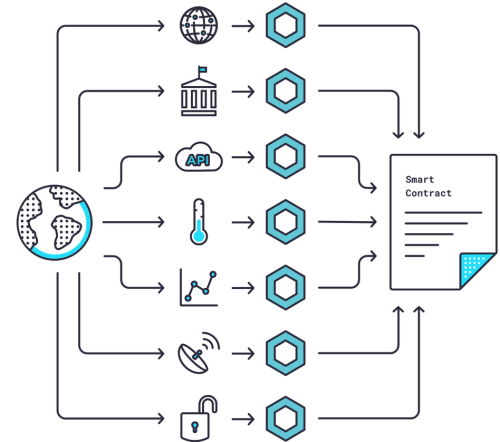 The trade value picked up from these tokens is used to pay node operators for doing the dirty work of picking up the data from smart contracts, and also for deposits placed by node operators. LINK can be stored any wallet that’ll hold ERC20 coins, because functionally it’s not much different.

So let’s put it together:

Smart contracts are immutable and verifiable contracts that automatically execute in an IF/THEN framework when conditions are met. The data producing these conditions before oracles always came from the blockchain because they lacked a bridge to off-chain sources. Oracles have provided that bridge.

The problem is that these centralized oracles could problems for on-blockchain smart contracts because the data they offer may be untrustworthy or faulty.

The Chainlink protocol was created in September 2017 and launched on mainnet by May 2019. The idea behind Chainlink was the resolution of the oracle problem. Blockchains had no way of communicating with off-chain resources, and Chainlink’s developers proposed a decentralized network of oracle node operators as a solution.

The list of changes Chainlink brought to the ecosystem are notable:

Recently, the Chainlink team released their Chainlink 2.0 whitepaper, which details and widens the capabilities and responsibilities of Decentralized Oracle Networks (DONs) and gives a suitable roadmap for the evolution of the protocol to include data delivery that can’t be tampered with, and secure off-chain computation. We’ll return to this a little further down.

Regardless, Chainlink’s networks allow for the creation of highly scalable and privacy-preserving hybrid smart contracts combining both on and off-chain infrastructure.

The core of the developmental plan involves the construction of DONs. A DON is a network maintained by Chainlink nodes that supports any and all functions chosen by the committee. A DON offers interfaces for smart contracts to connect off-chain resources and off-chain computing resources.

Here are seven advances the DON wants to focus on:

While the LINK cryptocurrency technically is an Ethereum-based cryptocurrency, it’s managed to move over to Proof-of-Stake consensus mechanism ahead of Ethereum. The more LINK tokens one node has, the more power it wields in the PoS network.

LINK is a utility token used for various purposes on the network. It provides incentives for data accuracy to keep contracts stable, and rewards nodes for working in validating transactions. LINK’s alternative function is called “transfer and call,” which allows interactions with smart contracts.

You can find LINK on most major exchanges, including Binance, Coinbase, Kraken, Gemini, OKEx, Huobi and more. 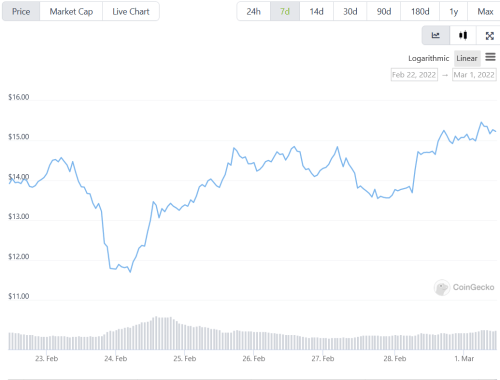 The biggest selling point for Chainlink for me is that as DeFi begins to really take off, there’s going to be a heavy demand for off-chain sources of information, which means Chainlink’s smart contract functionality will be in high demand. Lots of folks using a utility coin means the price goes up, which even if you’re not a developer means you can still glean a suitable, respectable profit from hodling the coin.