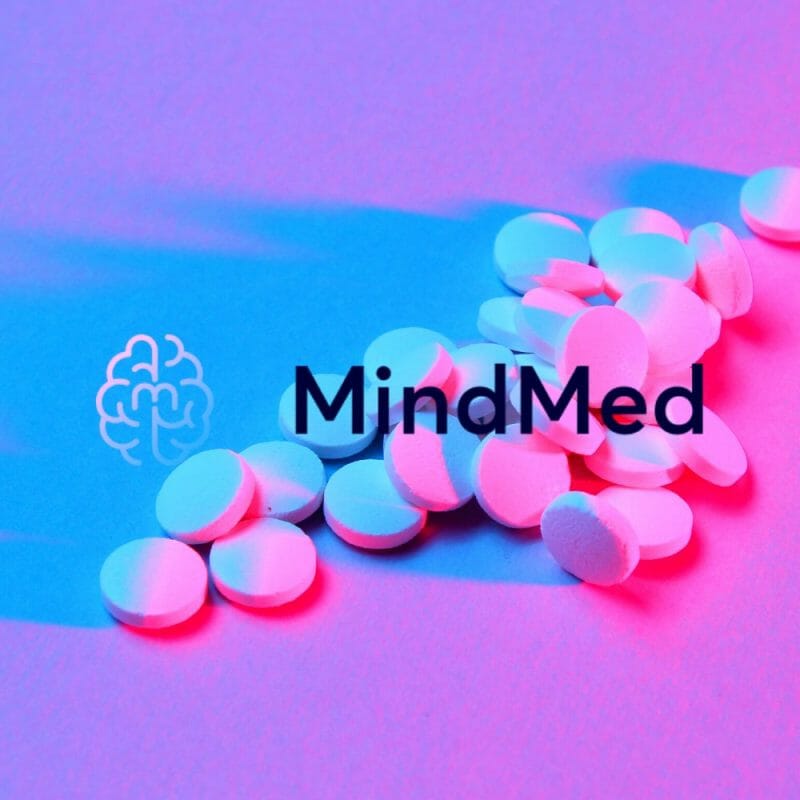 Not So Generalized Disorder 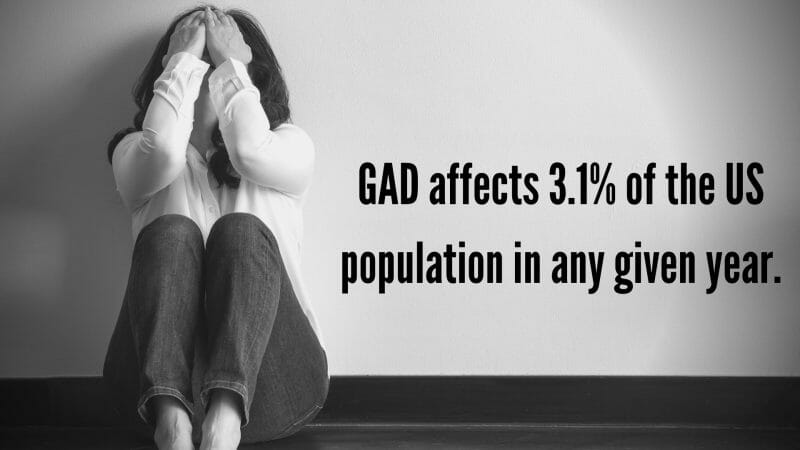 “Anxiety is a part of normal life.” Or so I was told. Whether I was simply leaving my apartment to get food or speaking during class, anxiety poked and prodded at me every single day. It was something I immensely struggled with as a student in university. Yet I was conditioned to believe that my circumstances were not unique; that my experience with anxiety was insignificant. Attempting to confront my anxiety sent me receding further into a deep depression with every failed attempt.

With this in mind, there is substantial diagnostic overlap between Generalized Anxiety Disorder (GAD), Major Depressive Disorder (MDD), and other major mental health disorders. However, there has been very little innovation focused on the treatment of GAD in the past several decades. For context, GAD is a chronic and debilitating mental health disorder affecting roughly 3.1% of the U.S. population in any given year. Despite this, only 36.9% of those suffering from GAD receive treatment. 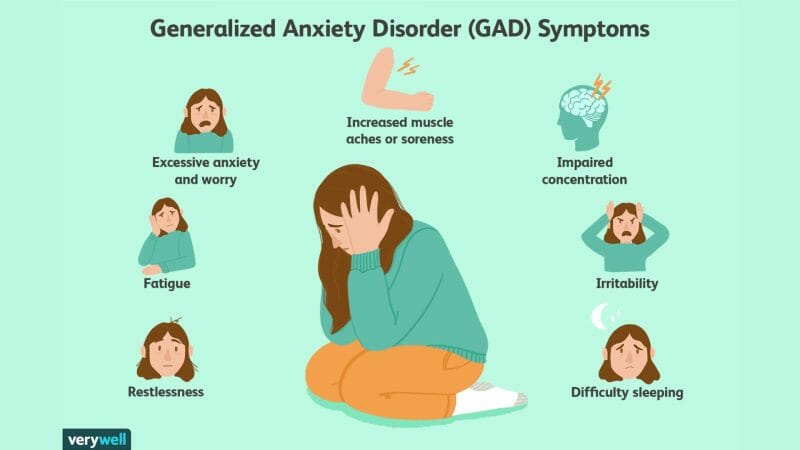 According to the Nation Institute of Mental Health (NIMH), symptoms of GAD include excessive anxiety and worry that persists for over six months. Adults with GAD are often highly nervous about everyday circumstances, including health, finances, and job security, among others. This can lead to significant impairments in social, occupational, and daily functioning. So what causes GAD? Researchers have found that several parts of the brain, as well as biological processes, play a key role in fear and anxiety.

That being said, like many mental health conditions, the cause of GAD likely arises from a complex interaction of biological and environmental factors. Generally, GAD is treated with psychotherapy, medication, or both. With regards to medication, different types of medication can be effective in treating GAD. This includes selective serotonin reuptake inhibitors (SSRI), serotonin-norepinephrine reuptake inhibitors (SNRI), benzodiazepines, and other serotonergic medications.

That’s a lot of serotonin. As previously mentioned there has been very little innovation focused on the treatment of GAD. This is due to a shift in focus from anxiety disorders like GAD towards disorders like MDD, driven by the marketing of serotonin reuptake inhibitors, which started in the 1990s. Speaking from experience, most of these medications suck. I was prescribed venlafaxine, an SNRI used to treat MDD, anxiety, and panic disorders. It worked, but in all the wrong ways. The overwhelming feeling of anxiety I felt was replaced by a numbness that affected all of my emotions, not just my anxiety. 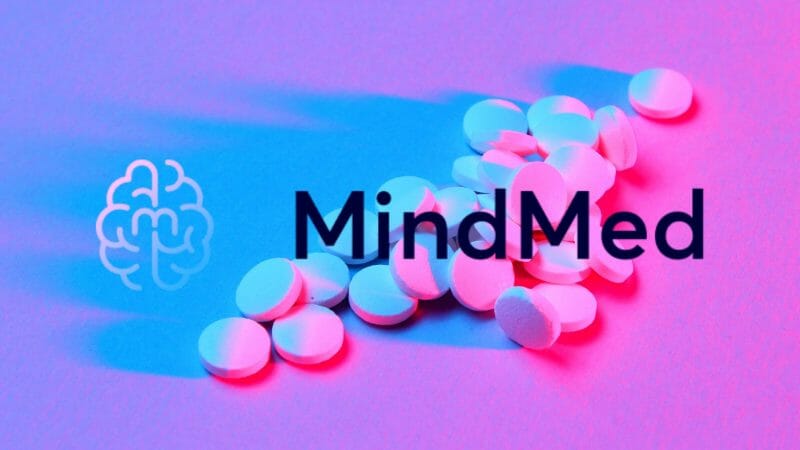 Mind Medicine Inc. (MNMD.Q) is a clinical-stage psychedelic medicine biotech company focused on the discovery, development, and deployment of psychedelic-inspired medicines and therapies for addiction and mental illness. The Company is developing a pipeline of innovative treatments based on psychedelic substances including psilocybin, LSD, MDMA, DMT, and 18-MC, an ibogaine derivative.

In my lifetime, I have only touched the Devil’s Lettuce so I find heavy hitters like LSD, MDMA, and DMT to be rather intimidating. Put them in a controlled environment with professional researchers and you have my attention. MM-120 is Mind Medicine’s proprietary drug candidate, a pharmacologically optimized form of LSD being developed for the treatment of GAD and other brain-based disorders.

With this in mind, Mind Medicine’s Study MMED008 is a multicenter, randomized, double-blind, placebo-controlled, dose-optimization Phase 2b trial in patients with GAD. Put simply, the primary objective of this study is to determine the reduction in anxiety symptoms for up to 12 weeks after a single administration of MM-120, compared across five treatment arms. The trial plans to enroll a total of 200 participants who will receive a single administration of up to 200 µg of MM-120 or a placebo control. 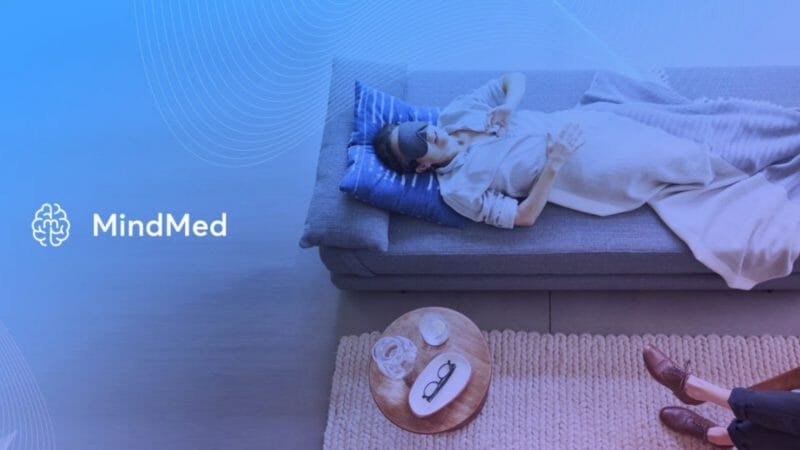 Before we get into Mind Medicine’s latest news, let’s take a trip down memory lane. On December 14, 2020, Mind Medicine announced the successful completion of a pre-IND (Investigational New Drug) meeting with the U.S. Food and Drug Administration (FDA) regarding the development of LSD-assisted therapy for an anxiety disorder. Following the news, Mind Medicine intended to open the IND with the FDA in August 2021, with a Phase 2b clinical trial evaluating experiential doses of LSD for the treatment of an anxiety disorder.

With this in mind, on June 4, 2020, Mind Medicine announced the launch of Project Lucy, a commercial drug development program for the treatment of anxiety disorders. However, it wasn’t until May 17, 2021, when the Company announced the receipt of Type C Meeting Responses from the FDA. This led to the finalization of Mind Medicine’s clinical development approach for Project Lucy by selecting GAD as an initial indication.

At the time, the Company intended to submit an IND for Project Lucy in Q3 2021, with an expected launch of its Phase 2b clinical trial in Q4 2021. However, on December 21, 2021, Mind Medicine announced that the FDA had placed a clinical hold on the Company’s IND submission. Jumping to the present, Mind Medicine announced today (January 25, 2022) that the FDA has cleared the Company’s IND application. As a result, this allows Mind Medicine’s Phase 2b dose-optimization trial of MM-120 for the treatment of GAD to proceed.

“FDA clearance of our Phase 2b clinical trial represents a major milestone for MindMed and for the industry as a whole…This trial, the first commercial study of LSD in more than 40 years, builds on productive discussions with FDA and provides an opportunity to explore improvements in anxiety symptoms following a single administration of MM-120,” said Robert Barrow, Chief Executive Officer and Director of MindMed.

The previously announced clinical hold on Mind Medicine’s IND was lifted following the Company’s rapid responses for additional information related to the participant monitoring protocol in the upcoming study. In other words, the clinical hold was not imposed as a result of any concerns related to Mind Medicine’s MM-120 in particular. Moving forward, the Company is working with study investigators and clinical trial sites to prepare for participant enrollment, which is expected to begin in early 2022.

Mind Medicine has a stock option plan to advance the interest of the Company by providing employees, contractors, and directors of the Company with performance-based incentives, otherwise known as share-based payments. With this in mind, on February 26, 2021, 32,622 options were granted at an exercise price of CAD$0.02 and an expiry date of February 26, 2026. 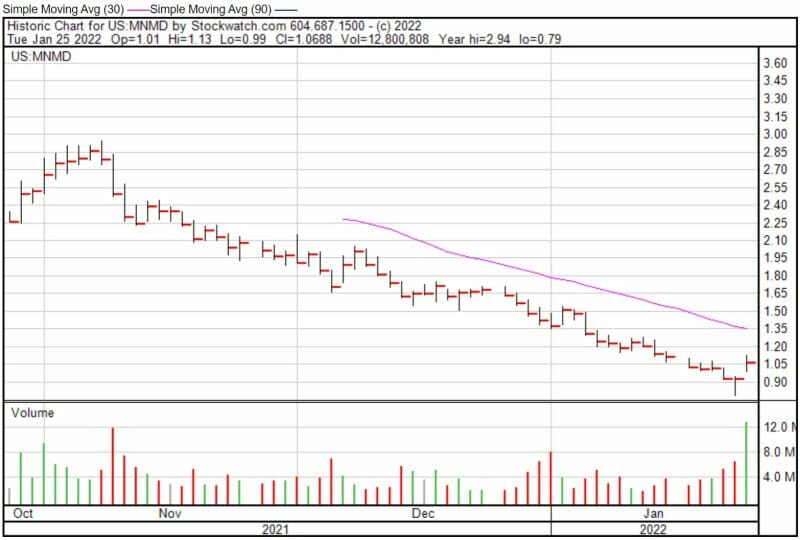