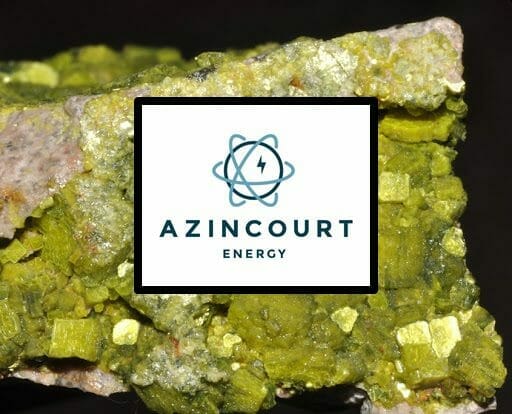 “After years of stagnant prices, a 37% rally in prices for nuclear fuel uranium has helped attract investors back to the sector,” reported the Financial Times six weeks ago, “The price of raw uranium, known as yellowcake, rose to its highest level since 2012.”

Uranium is one of the few commodities that does not trade on an open market. Most deals are done privately.

“There are two uranium prices,” reports City Index, “the spot price, representing how much it would cost to purchase right now, and a long-term price that represents the price paid for delivery over a longer period of time in the future”.

In the United States, nuclear energy provides 20% of the country’s electricity and over 50% of its carbon-free energy.

Azincourt Energy (AAZ.V) is a $36 million company that controls a majority interest (72%) in the 25,000 hectare East Preston project as part of a J.V. agreement with Skyharbour Resources (SYH.V) and Dixie Gold.

Three prospective conductive, low magnetic signature corridors have been discovered on the property, with a total strike length of over 25 kilometers.

“These are not just simple basement conductors,” states AAZ, “They are clearly upgraded/enhanced prospectivity targets because of the structural complexity.” 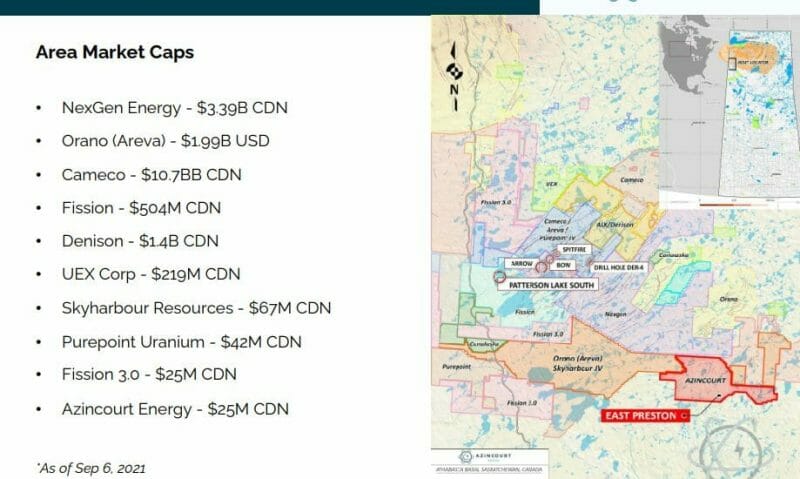 On November 17, 2021 Azincourt provided an update on preparations for the winter 2022 exploration program at the East Preston uranium project.

The selection of these trends is based on a compilation of results from the 2018 through 2020 ground-based EM and gravity surveys, property wide VTEM and magnetic surveys, and the 2019 through 2021 drill programs, the 2020 HLEM survey indicates multiple prospective conductors and structural complexity along these corridors. 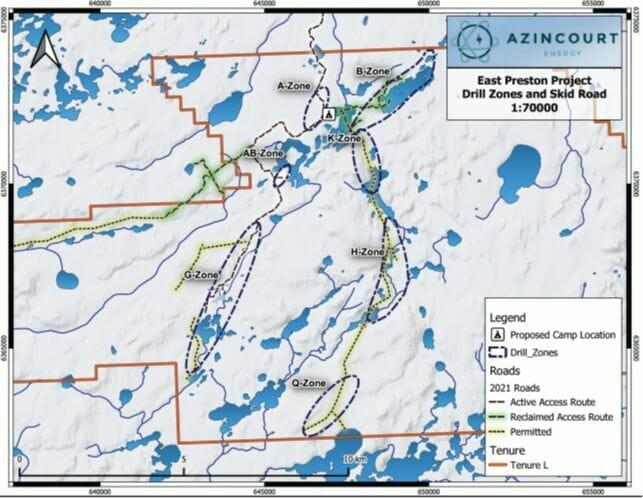 The 2019-2021 drilling programs on the A-G Trend confirmed that geophysical conductors comprise structurally disrupted zones that are host to accumulations of graphite, sulphides and carbonates.

The 2022 drilling program will target similar structurally disrupted zones prioritized on the presence and strength of corresponding electromagnetic, magnetic and gravity geophysical anomalies.

TerraLogic Exploration has been contracted to facilitate and execute a planned diamond drilling program, which will consist of a minimum of 6,000 meters of drilling in 30-35 drill holes.

“This will be the largest program to date on the East Preston project,” stated VP, Exploration, Trevor Perkins, “The A-G and K-Q Trends are at the point now where drilling is the best way to test our ideas, focus in on the most responsive areas, and confirm what these trends have to offer.”

On November 10, 2021 Azincourt announced that it has entered into an option agreement with ValOre Metals to acquire up to a 75% percent interest in the Hatchet Lake Uranium Project, consisting of six mineral claims located in the Province of Saskatchewan.

Hatchet Lake is 13,711-hectare uranium exploration project adjacent to the northeastern margin of the Athabasca Basin.

This highly prospective structural corridor hosts the majority of known high-grade uranium deposits and all of Canada’s operating uranium mines.

“Hatchet Lake increases our exposure in the world’s premier destination for uranium deposition,” said president and CEO, Alex Klenman. “This area in the NE Athabasca Basin is ground zero for uranium deposits and producing mines.” 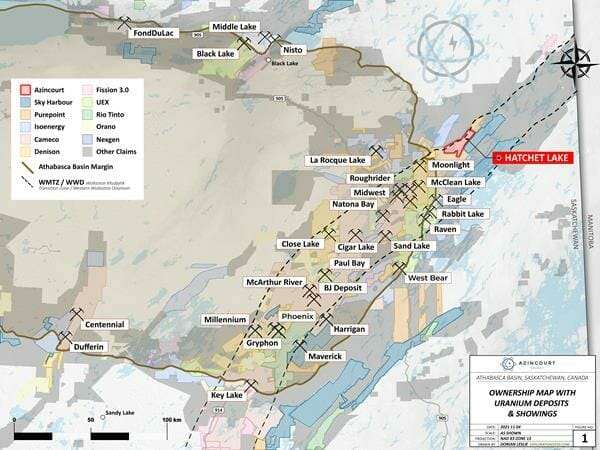 “We announced an $8.1 million financing,” Klenman told INN, “As an exploration company, it’s good for us to have a deep treasury so that we can pursue our initiatives in a healthy and robust way.”

“The ultimate goal here is to utilize technology to allow us to make discoveries quicker, with less impact on the environment. Don’t waste time looking at dead ground – that’s the ultimate goal”.

Klenman acknowledged that uranium prices are on a sustained upswing. 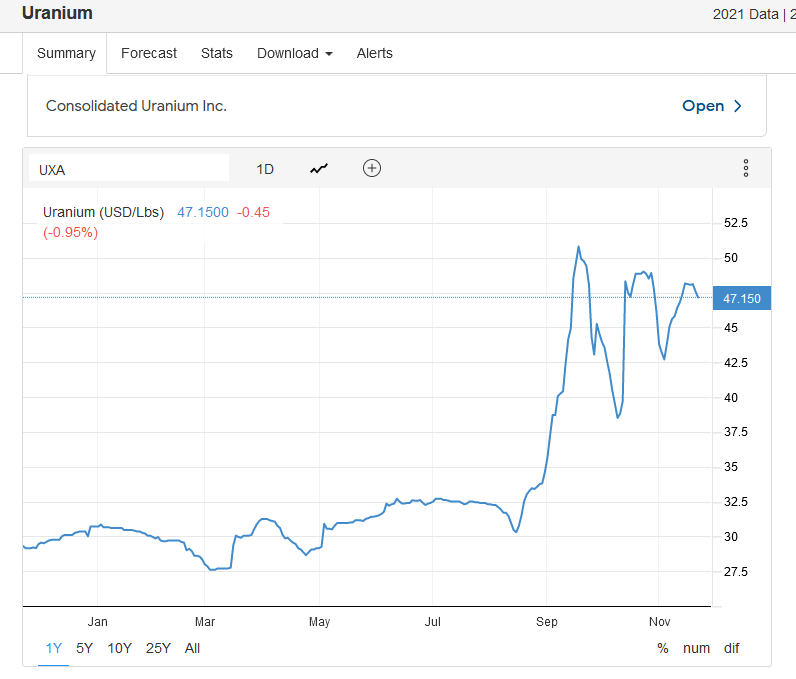 Some investors shun uranium, because they believe nuclear energy poses an environmental hazard.

When something goes wrong – it tends to be dramatic and deadly.  In the air flight industry, that contributes to a situation where about 20 million North Americans suffer from chronic fear of flying.

“China has pledged to increase nuclear power generation to 70 Gigawatts by 2025, from 50GW currently, as part of President Xi Jinping’s plans to move away from coal,” reports the Financial Times.

“At the same time,” added the Times, “President Joe Biden’s U.S. administration has said that nuclear energy will be included in its ‘clean energy standard’ that would mandate utilities to produce power that is carbon-free by 2035.”

Azincourt has been engaged in regular meetings with the Clearwater River Dene Nation and other rights holders to ensure that concerns of the local communities are addressed.

AAZ is a cashed up micro-cap explorer operating in the world’s premier uranium district.