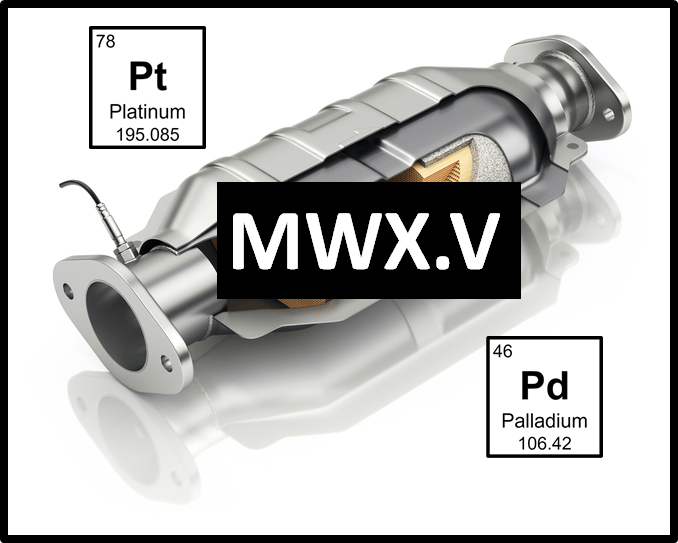 A catalytic converter is an exhaust emission control device that converts toxic gases and pollutants in exhaust gas into less-toxic pollutants.

“Catalytic converter theft, a crime that has been happening for decades, is surging as thieves take advantage of a spike in the prices of rare metals contained within the automotive devices,” reports USA Today.

Mineworx (MWX.V) is a precious metal extraction company focused on the extraction of platinum and palladium from diesel catalytic converters with its partner Davis Recycling.

“Mineworx has the only commercial facility for recovering precious metals from catalytic converter scrap without smelting,” states the Canadian Mining Journal.

About 80% of palladium demand, and 50% platinum demand come from catalytic converters, but currently only 30% of the PGMs are recovered.

“Feed for its plant comes from Davis Recycling in Tennessee, where the core materials are separated from the metal containers and ground into a fine powder,” added The Journal. “Platinum and palladium are extracted from the feed using hydrometallurgical methods. The metals are precipitated out of solution and refined prior to sale”. 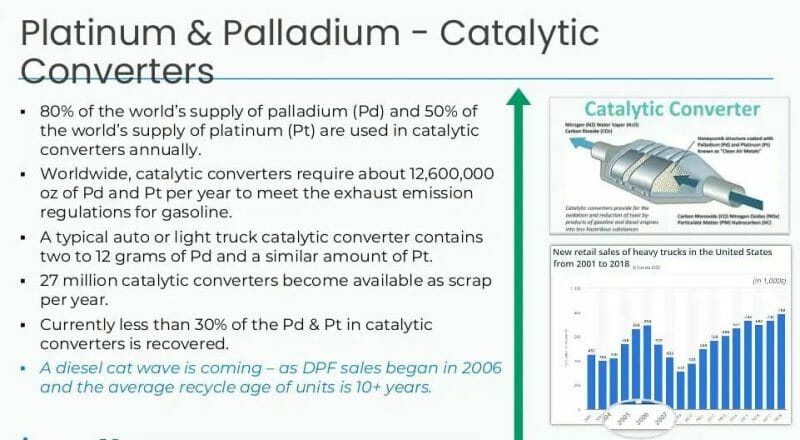 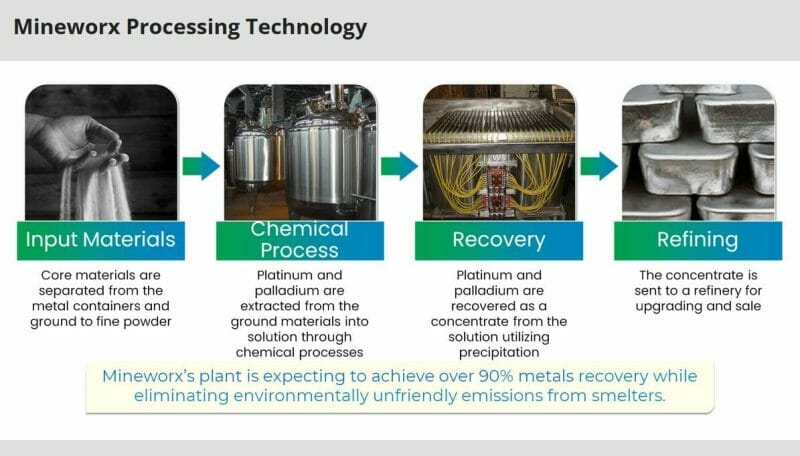 Platinum is currently trading at $1,087 per ounce, while palladium is selling for $2,100 per ounce. 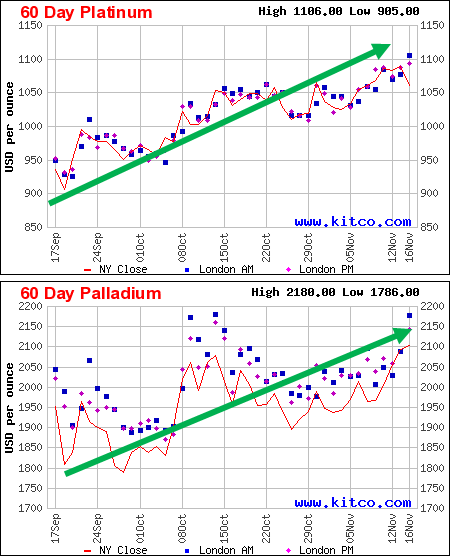 On October 13, 2021 Mineworx announced that its 100L pilot plant has been disassembled, loaded and has been trucked to Tennessee to begin Process Optimization, the next phase of testing protocols.

“The goal of Stage 4 is to review the current design under increasing thru put volumes to identify operational issues and system bottlenecks that could result in inefficiencies in a commercial scale plant,” stated MWX, “This testing will provide information on design modifications that will need to be incorporated into the final design of the commercial scale plant.”

Mineworx believes that the role of a testing platform in the pilot plant will add value even after the commercial plant has been constructed.

After commercialization, the pilot plant will be used to optimize the technology through various chemistries and processes.

“We have successfully achieved this crucial development milestone and look forward to the successful completion of our pre commercial phase of testing protocols in Tennessee,” stated Greg Pendura, Mineworx President and CEO, “The opportunity to become a leader in this industry is an exciting opportunity for our stakeholders.” 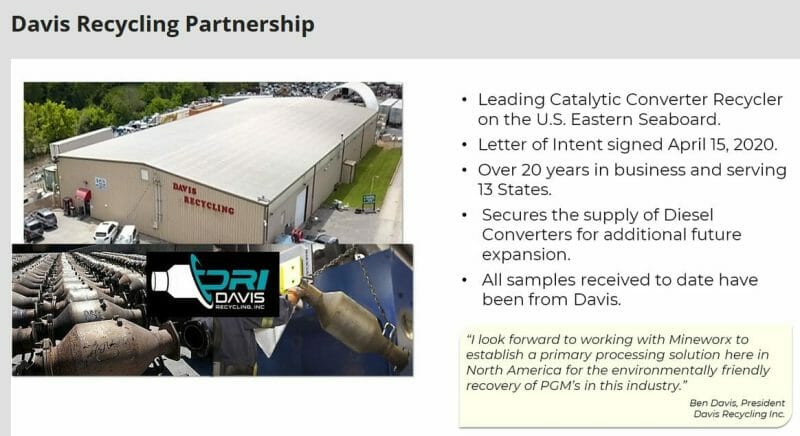 In this November 16, 2021 podcast, Mineworx CEO Greg Pendura spoke to StockBox about the company’s business objectives.

“For us, this is the low hanging fruit,” added Pendura, “There’s an enormous amount of diesel catalytic converters available globally. And there’s really not a home for them. They’re going to be stockpiled, or else they’re going to end up going into landfills.”

“We’re a Canadian company, we have a partner in Tennessee in the United States, that is one of the largest recyclers in the US. They reduce the risk side for us. They have the expertise in the supply management chain.”

“We’ve just completed our pilot plant testing in Vancouver, Canada. The plant has been sent down to Tennessee and we’ve reassembled it there. That that is our final stage of pre-commercialization testing.”

“That will give us the final of the final data for the engineering and design of our commercial plant, which we anticipate will be up and running by Q2, 2022. It’s geared for approximately a 10-tonne per day operation,” concluded Pendura. 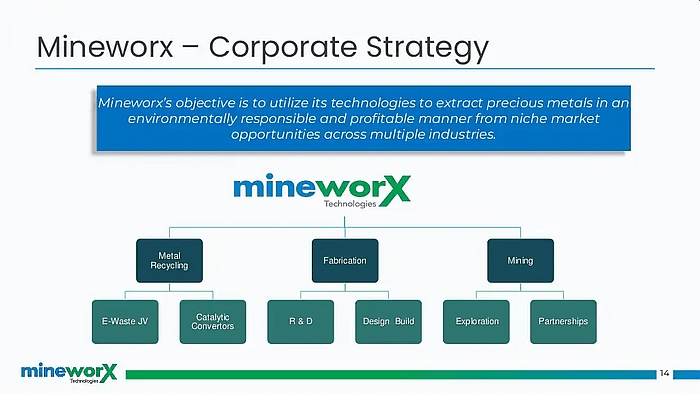 Mineworx is part of The Circular Economy – a model of production and consumption whereby materials that are already in circulation are re-purposed to create new products.

The shift to the Circular Economy is becoming an important investment sector.

“The circular economy provides a tangible framework for reducing our impacts, protecting ecosystems and living within the means of one planet,” states the 2020 Circularity Gap Report.

“We have an opportunity to significantly and positively impact the carbon footprint in the environment, by bringing recycled platinum and palladium back into the marketplace,” confirmed Pendura.

Mineworx is currently trading at .075 with a market cap of $25.7 million. There are 342 million shares fully diluted.