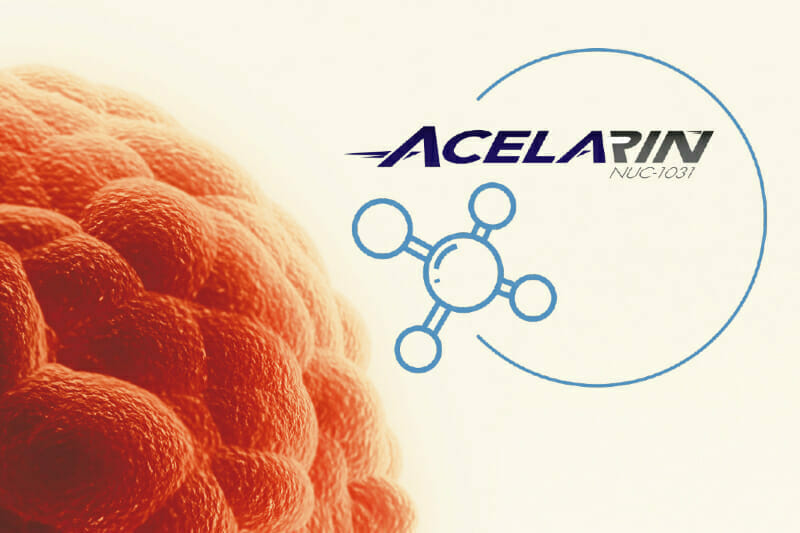 NuCana PLC (NCNA.Q) announced today that the U.S. Food and Drug Administration (FDA) has granted Fast Track Designation to Acerlarin® (NUC-1031), which is currently being evaluated in a Phase III study (NuTide:121) for the first-line treatment of patients with advanced biliary tract cancer.

“We are very pleased that the FDA recognizes the potential of Acelarin to address the significant unmet need of patients with biliary tract cancer,” said Hugh S. Griffith, NuCana’s Founder and Chief Executive Officer.

NuCana is a clinical-stage biopharmaceutical company focused on significantly improving treatment outcomes for patients with cancer. Utilizing its ProTide technology, the Company hopes to transform some of the most widely prescribed chemotherapy agents, nucleoside analogs, into more effective and safer medicines. Unless you’re an oncology pro, you probably don’t know what nucleoside analogs are. Don’t worry, I didn’t either until I started writing this article. Put simply, nucleoside analogs can be used in therapeutics drugs, including a variety of antiviral products used to prevent viral replication in infected cells. By inducing cytotoxicity, or cell death, nucleoside analogs have demonstrated noteworthy activity in a variety of cancers, such as ovarian cancer.

However, while these conventional agents remain part of the current standard of care for the treatment of many solid and hematological tumors, their efficacy is limited by cancer cell resistant mechanisms. In addition to limited efficacy, these conventional agents are often poorly tolerated. With this in mind, NuCana’s proprietary ProTide technology is intended to overcome key cancer resistance mechanisms while generating much higher concentrations of anti-cancer metabolites in cancer cells. For context, anti-cancer metabolites are commonly used in cancer treatment. They are responsible for the disruption of DNA production and therefore, cell division and tumor growth. That being said, Acerlain® is the Company’s most advanced ProTide, currently being evaluated in a global Phase III study for the treatment of patients with advanced biliary tract cancer. 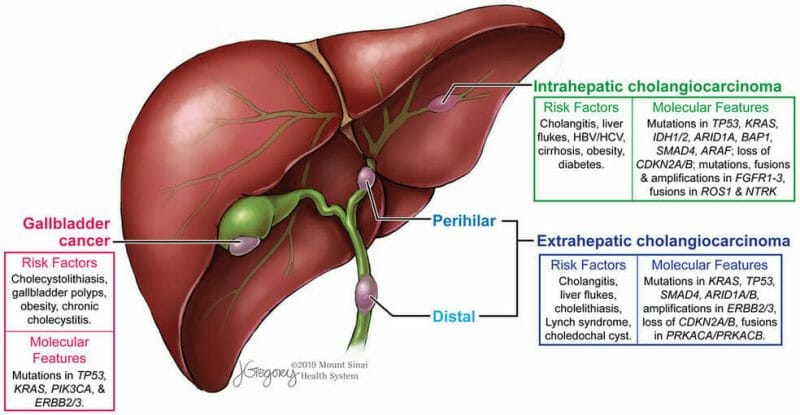 Unfortunately, there are no agents approved for the first-line treatment of patients with advanced biliary tract cancer. Currently, the worldwide standard of care in these patients is the combination of gemcitabine and cisplatin. Patients receiving this regimen have a median overall survival of 11.7 months. Gemcitabine is an anti-cancer chemotherapy drug commonly used to treat a variety of cancers including testicular cancer, breast cancer, ovarian cancer, pancreatic cancer, and bladder cancer, to name just a few. It is worth noting that NuCana’s Acelarin® utilizes gemcitabine, which is responsible for the generation of dFdCTP, which interferes with DNA replication, causing cancer cell death and preventing tumor cell growth.

Horrible pun aside, Fast Track Designation is a process designed to facilitate the development, and expedite the review of drugs to treat serious conditions and fill an unmet medical need. The purpose of Fast Track Designation is to get important new drugs to patients earlier to address a broad range of serious conditions. With that being said, filling an unmet medical need is defined as providing a therapy where none exists or providing a therapy that may be potentially better than available therapy, according to the FDA. Some advantages a fast-track drug must show over available therapy include, showing superior effectiveness, avoiding serious side effects, improving diagnosis, decreasing clinical significant toxicity, and the ability to address emerging or anticipated public health needs.

“We recently announced enrollment of 418 evaluable patients in our Phase III study, which is expected to enable the first interim analysis in the first half of 2022. This has the potential to allow for accelerated approval of a new drug application (NDA) for Acelarin in the United States,” continued Hugh S. Griffith.

Having received Fast Track Designation, NuCana’s Acelarin® has clearly checked all of the FDA’s boxes, which looks promising for the Company’s Phase III NuTide:121 study. With both Fast Track Designation and Orphan Drug designations under its belt, NuCana has taken a major step towards gaining FDA approval for Acelarin® as the first approved front-line treatment option for patients with biliary tract cancer. Now that Acelarin® has received Fast Track Designation, NuCana will be reaping the benefits, including more frequent meetings with the FDA to discuss drug development, written communication from the FDA regarding the design of proposed clinical trials, and eligibility for Accelerated Approval and Priority Review.

Everyone’s favorite part of the article! I have to save the best for last, right? According to NuCana’s Q2 2021 Financial Results, on June 30, 2021, the Company had cash and cash equivalents of £73.4 million compared to £78.6 million on March 31, 2021, and £87.4 million as of December 31, 2020. Similarly, NuCana’s total assets and total liabilities in the same period were reduced to £92,323,000 and £84,191,000, respectively. Furthermore, the Company reported a net loss of £9.1 million on June 30, 2021, compared to a net loss of £6.1 million year-over-year. Keep in mind, biopharmaceutical companies can become highly profitable, assuming their products make it to market. With this in mind, NuCana’s Acelarin® has already received Fast Track and Orphan Drug designations. Moreover, a Phase III study is currently underway to evaluate Acelarin® as a front-line treatment option for patients with biliary tract cancer. If approved, this would make Acerlarin® the first approved front-line treatment for biliary tract cancer, which is a pretty big deal if you ask me. If you’re still not convinced, just take a look at the Company’s stock performance today, where NuCana’s share price climbed +30% at open. 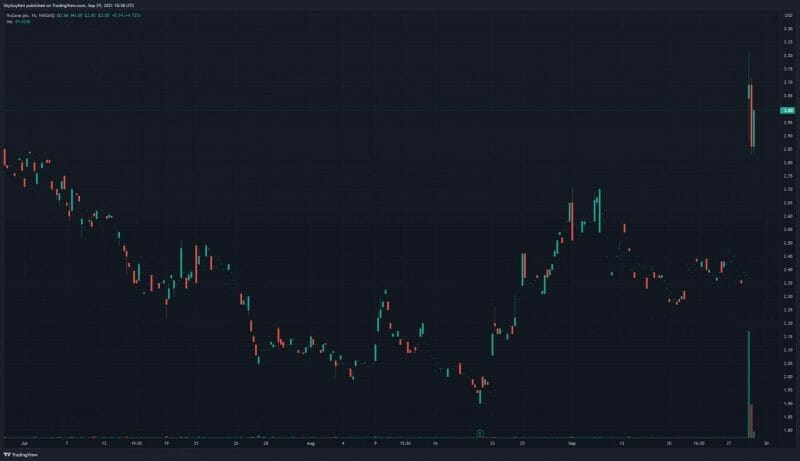 Is the hydrogen fuel cell market running on empty?

This week in tech: there’s always an alternative edition

RiceBran Technologies (RIBT.Q), the hottest stock in agriculture, has a lot of upside room!