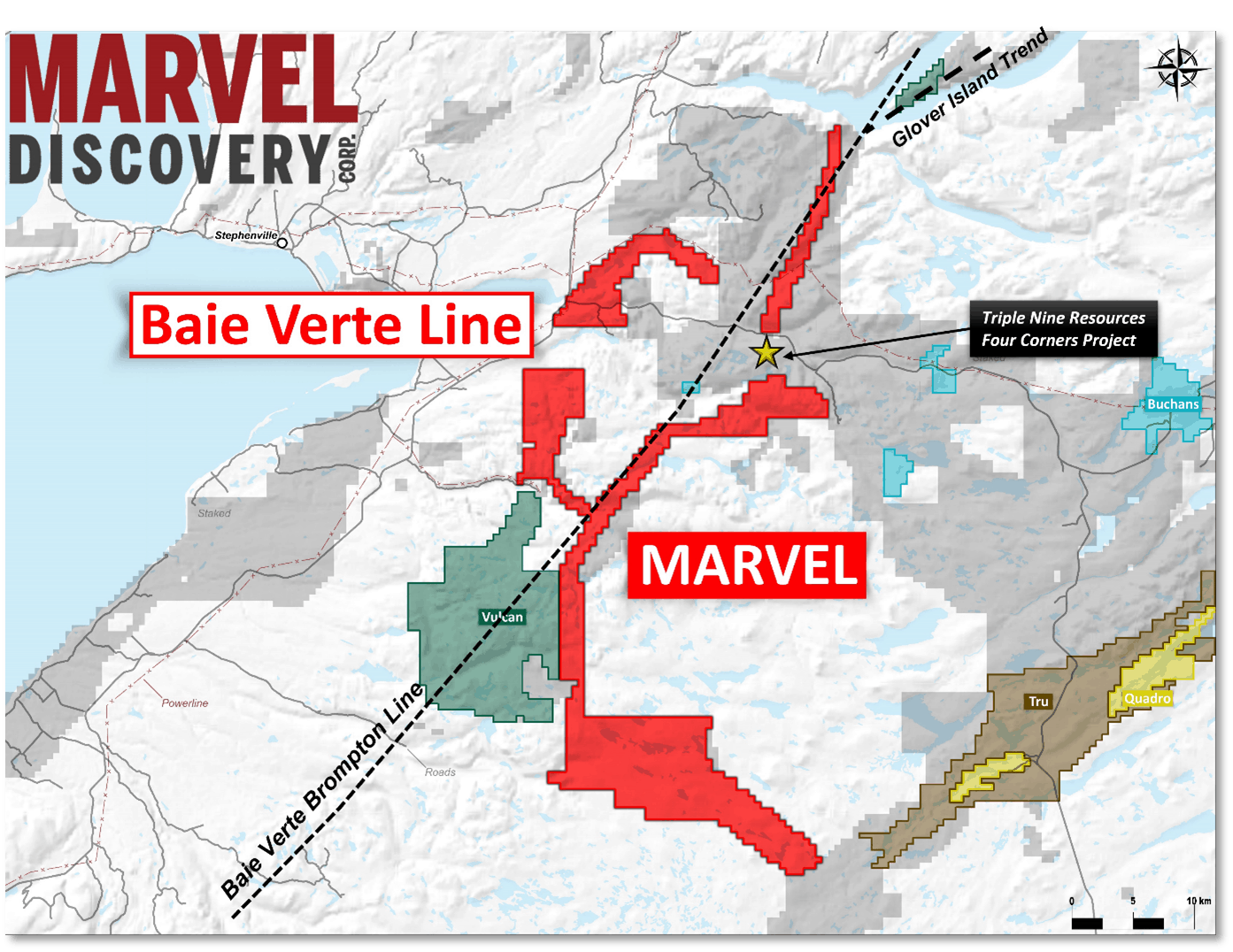 Marvel Discovery (MARV.V) announced that they have acquired 1185 claims through staking and via two separate option agreements. The new claims total 29,525 hectares and are located along the Baie Verte Brompton Line (BVBL), Central Newfoundland Belt.

The new claims’ position along the BVBL is strategically located, as other successful mines in Newfoundland are in close proximity to the BVBL. Anaconda Mining’s Point Rousse project has an inferred 119,570 ounces of gold and 78,090 ounces of gold indicated, and last year produced 18,268 ounces of gold, bringing in $41.5 million for the company. Rambler Metals also has their Ming Mine Project on the Baie Verte Peninsula, which includes the past-producing Nugget Pond, which produced gold between 1997-2000 and now hosts Rambler’s milling facility. 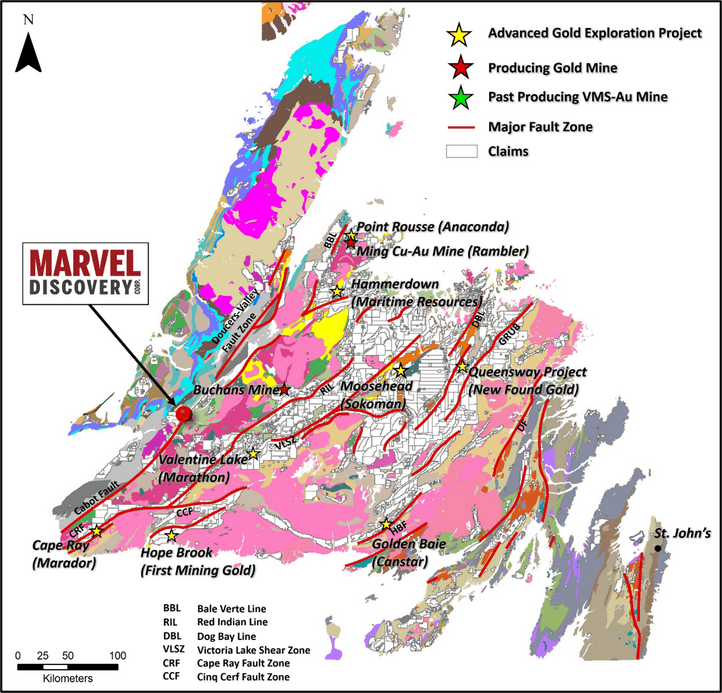 The terms of the second agreement, for the Baie Verte claims, will see Marvel (a) sending the vendor $30,000 and (b) issuing them 200,000 common shares, for a total transaction cost of $66,000. This deal does not include an NSR royalty.

“We are extremely pleased to have acquired such a large land package covering 70kms of strike along a trend of defined deposits. This adds to our impressive portfolio of holdings getting us nearer our objective of making Marvel one of the predominant holders of lands in Newfoundland along major continental-scale structures. We look forward to performing high resolution magnetic surveys over our entire property position and integrating mineralization trends and historical results to vector exploration efforts to those areas of high merit,” commented Karim Rayani CEO of Marvel Discovery.

The new claims are also located close to the Lunch Pond South Extension Deposit (LPSE) on Grover Island owned by Mountain Lake Resources. The LPSE, located 13 km southwest of Marvel new claims, is located on the southwestern portion of an 11km mineralized corridor known as the Glover Island Trend (GI Trend). The GI Trend hosts numerous gold anomalies and the LPSE hosts indicated and inferred resources of 120,000 ounces of gold. 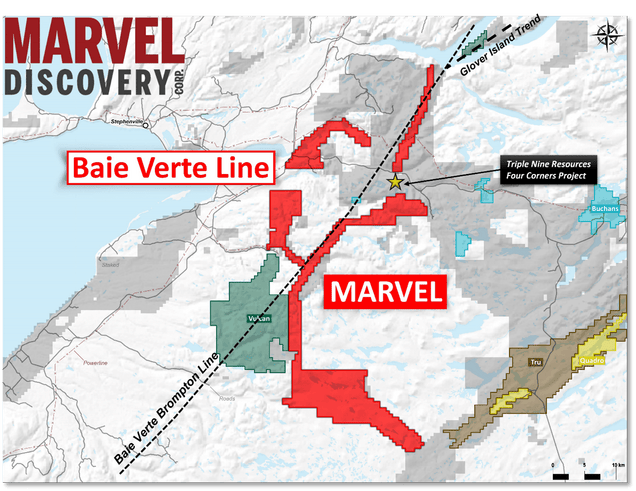 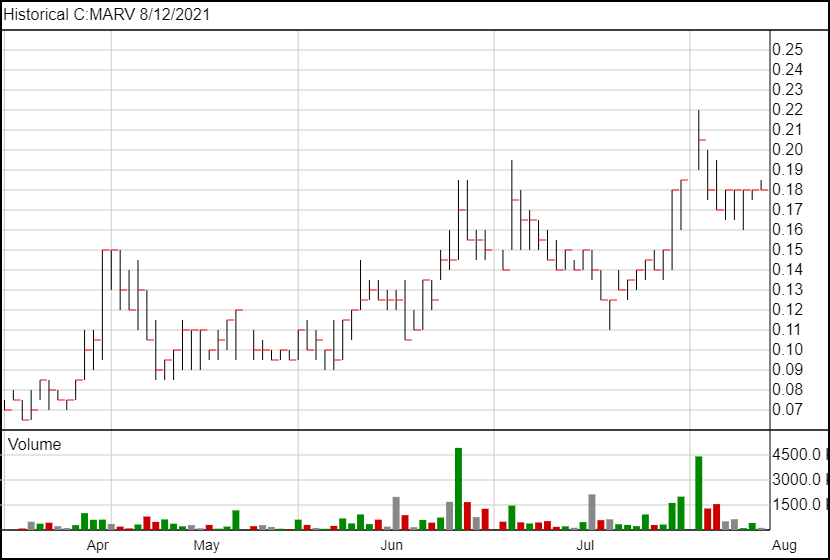 Following the news, Marvel shares are up half a cent and are currently trading at $0.18