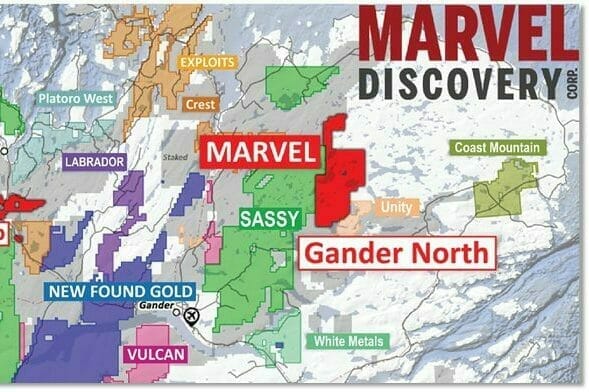 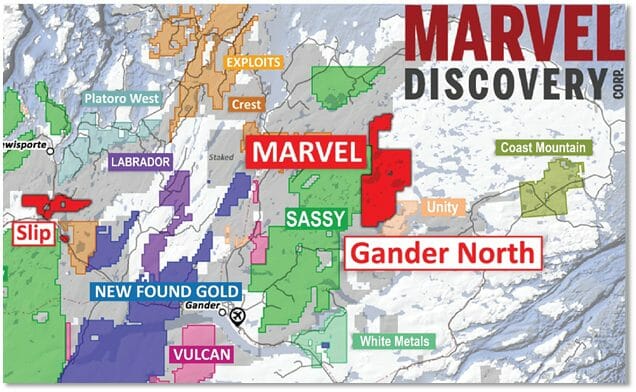 The claims are contiguous to the Sassy Resources Gander North Project. Sassy has drill permits for the western edge of block straddling the GRUB Line and has enlisted prospector Shawn Ryan, who they described as “one of Canada’s most dynamic and well-known prospectors”. 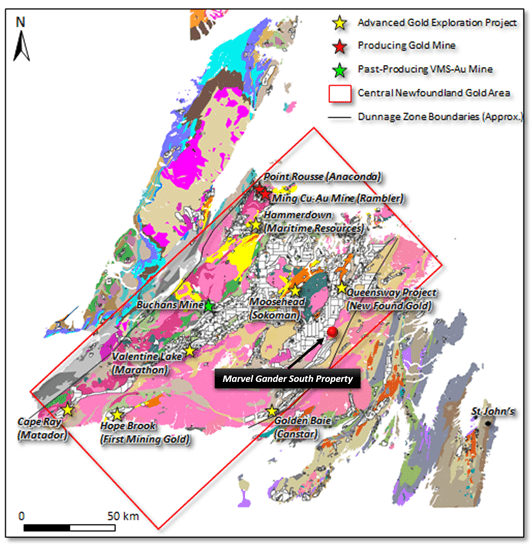 The new claims are nearby to the claims acquired by Marvel last month, bringing their total number of claims near 900, with a total area of over 22,000 hectares. Above is the location of their new claims, below the claims from June. 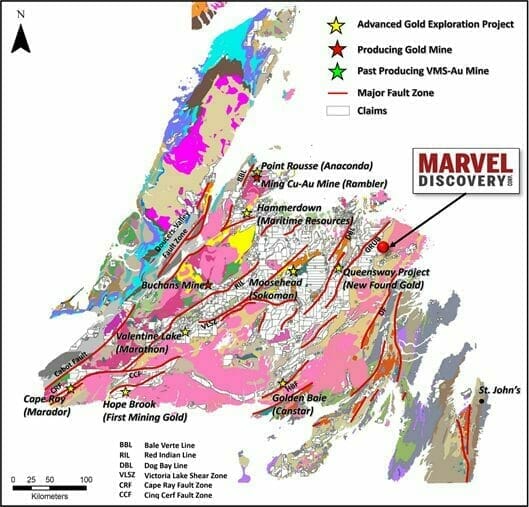 Both claims are near Gander, NL, and are close to the boundary between the Exploits Subzone and the Newfoundland’s Gander Zone, as well as being close to Gander’s infrastructure, such as roads and airports.

“Newfoundland is on the verge of becoming one of the great mining jurisdictions on a global scale, with recent drill intercepts by New Found Gold. The perfect opportunity is here for numerous discoveries. Marvel offers what I feel is one of the best value propositions. Marvel continues its aggressive approach acquiring lands that have been overlooked by larger companies. The Gander North Property marks an exciting addition to our portfolio bringing our total holdings to 29,300 hectares in the Gander District alone, not counting our other land holdings on the Island. This brings our new total to approx. 60,000 hectares. We look forward to performing high resolution magnetic surveys over our entire property and integrating mineralization trends and historical results to vector exploration efforts to those areas of high merit,” commented Karim Rayani CEO of Marvel.

Marvel strategy here is a tried and true one. Step One: acquire stakes of land next to properties either in production or in the middle of exploration. Step Two: wait for them to find gold on their properties. Step Three: profit! 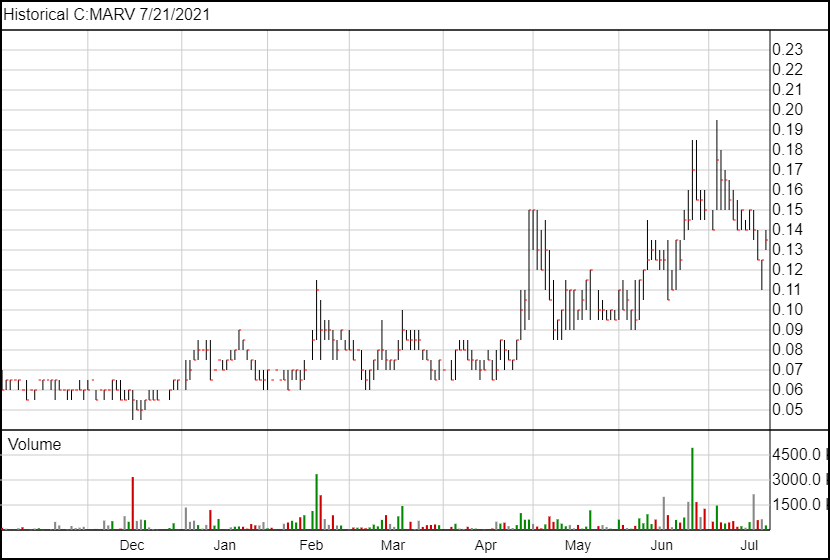 Following the news, MARV shares are up 1 cent and are currently trading at $0.135.