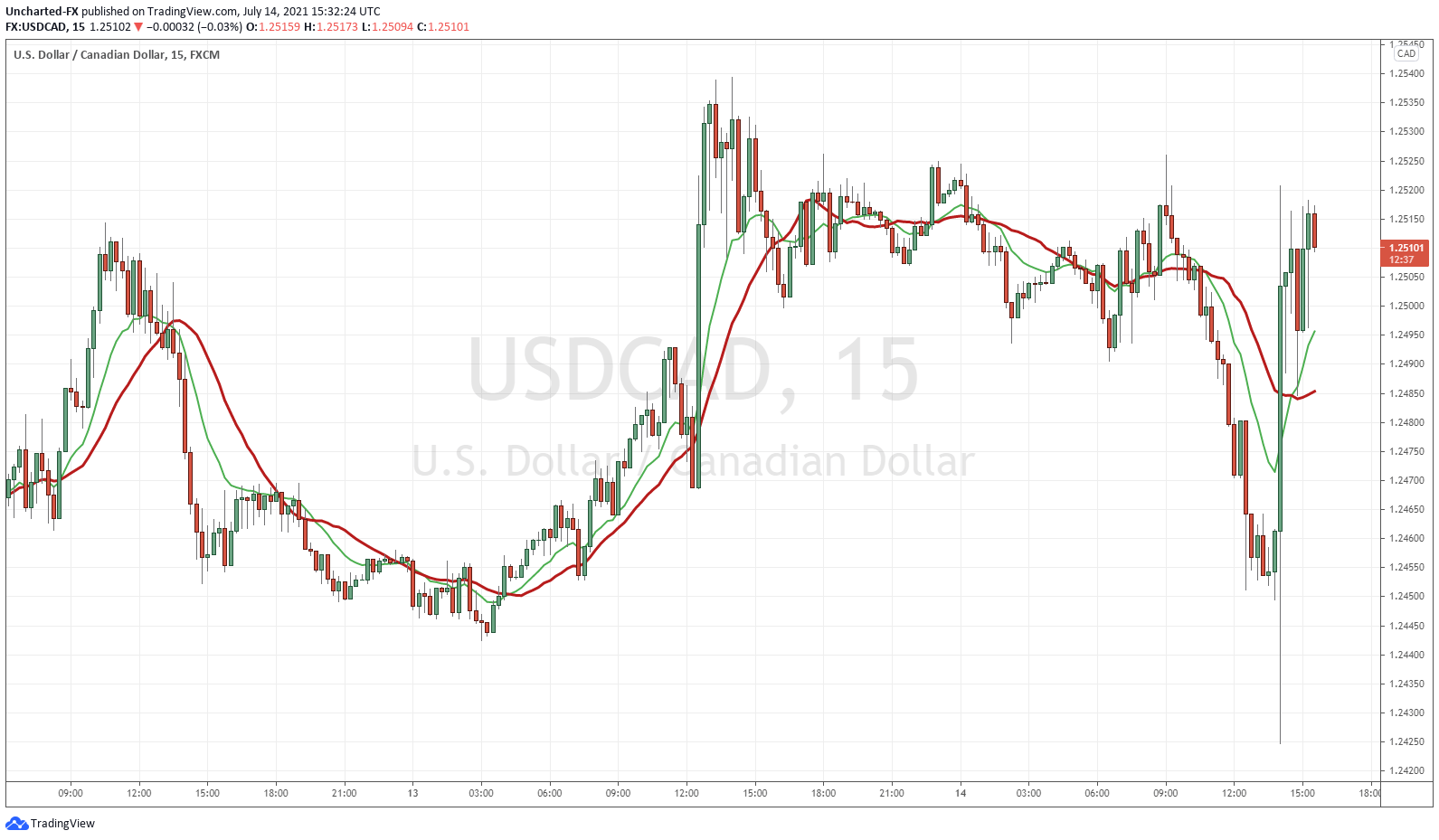 It is a week with a lot of central bank events. Yesterday, we had the Reserve Bank of New Zealand (RBNZ) tilt more hawkish. Markets are now expecting the RBNZ to dial back the easing rhetoric, and expect tightening to come in the months ahead. The key comment from the RBNZ was, ” to halt additional asset purchases under the large scale asset purchase (LSAP) programme by 23 July 2021“. Essentially ending their QE program, and perhaps being a prelude to rate hikes. While other central banks keep buying, New Zealand is scaling back. Definitely a more hawkish statement than expected. 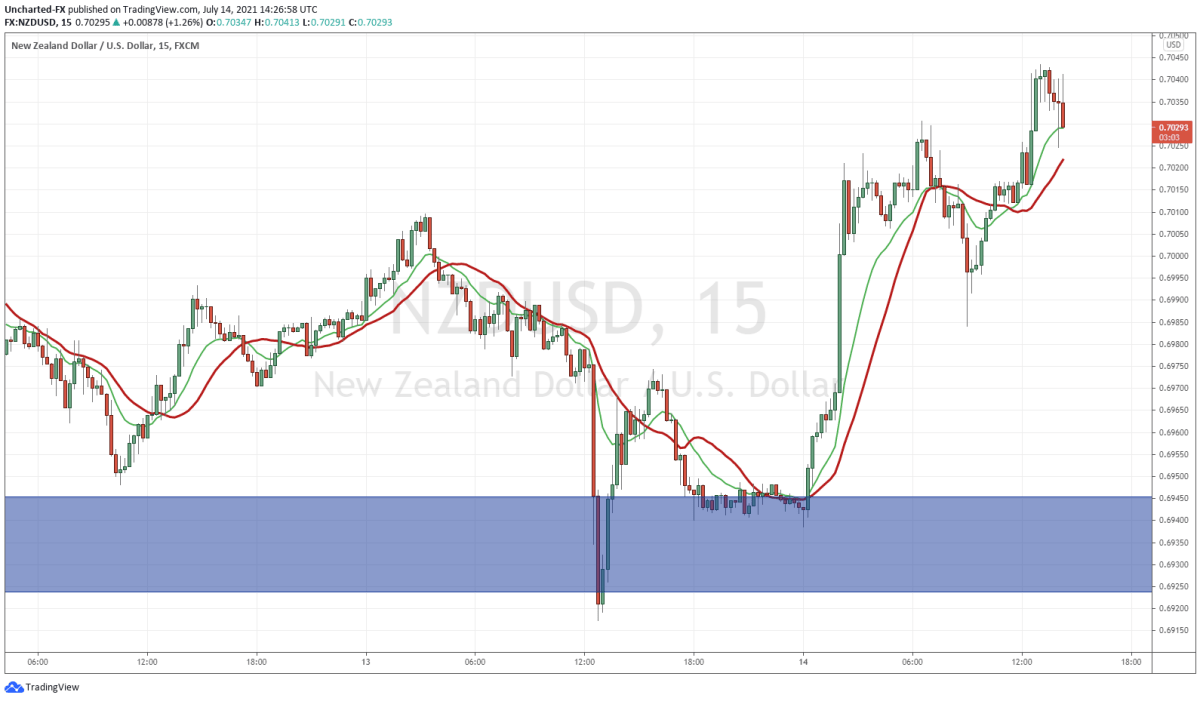 The Kiwi Dollar Shot Higher and is above 0.7000 on a Hawkish RBNZ

Earlier today we had the Bank of Canada. Interest rates remain unchanged as expected, but there are two major changes to point out. Firstly, the Bank of Canada has lowered the growth forecast of 2021 to 6%, a change from April’s statement. 2022 and 2023 growth forecasts have been revised to 4.5%  and 3.25%. The Bank of Canada’s QE program was reduced a few months ago from $4 Billion a week down to $3 Billion, and this has further been reduced now to $2 Billion a week. Quite hawkish, and pointing to a taper and then rate hikes going forward. Hikes are expected sometime in the second half of 2022.

CPI inflation was 3.6 percent in May, boosted by temporary factors that include base-year effects and stronger gasoline prices, as well as pandemic-related bottlenecks as economies re-open. Core measures of inflation have also risen but by less than the CPI. In some high-contact services, demand is rebounding faster than supply, pushing up prices from low levels. Transitory supply constraints in shipping and value chain disruptions for semiconductors are also translating into higher prices for cars and some other goods. With higher gasoline prices and on-going supply bottlenecks, inflation is likely to remain above 3 percent through the second half of this year and ease back toward 2 percent in 2022, as short-run imbalances diminish and the considerable overall slack in the economy pulls inflation lower. The factors pushing up inflation are transitory, but their persistence and magnitude are uncertain and will be monitored closely.

I think that last part is worth highlighting. Inflation is the word of the year for financial markets. There has been a big debate on whether this inflation disappears, like Central Banks claim it will, or if due to excess money printing and no increase in production, inflation will persist longer. Things are not certain going forward. 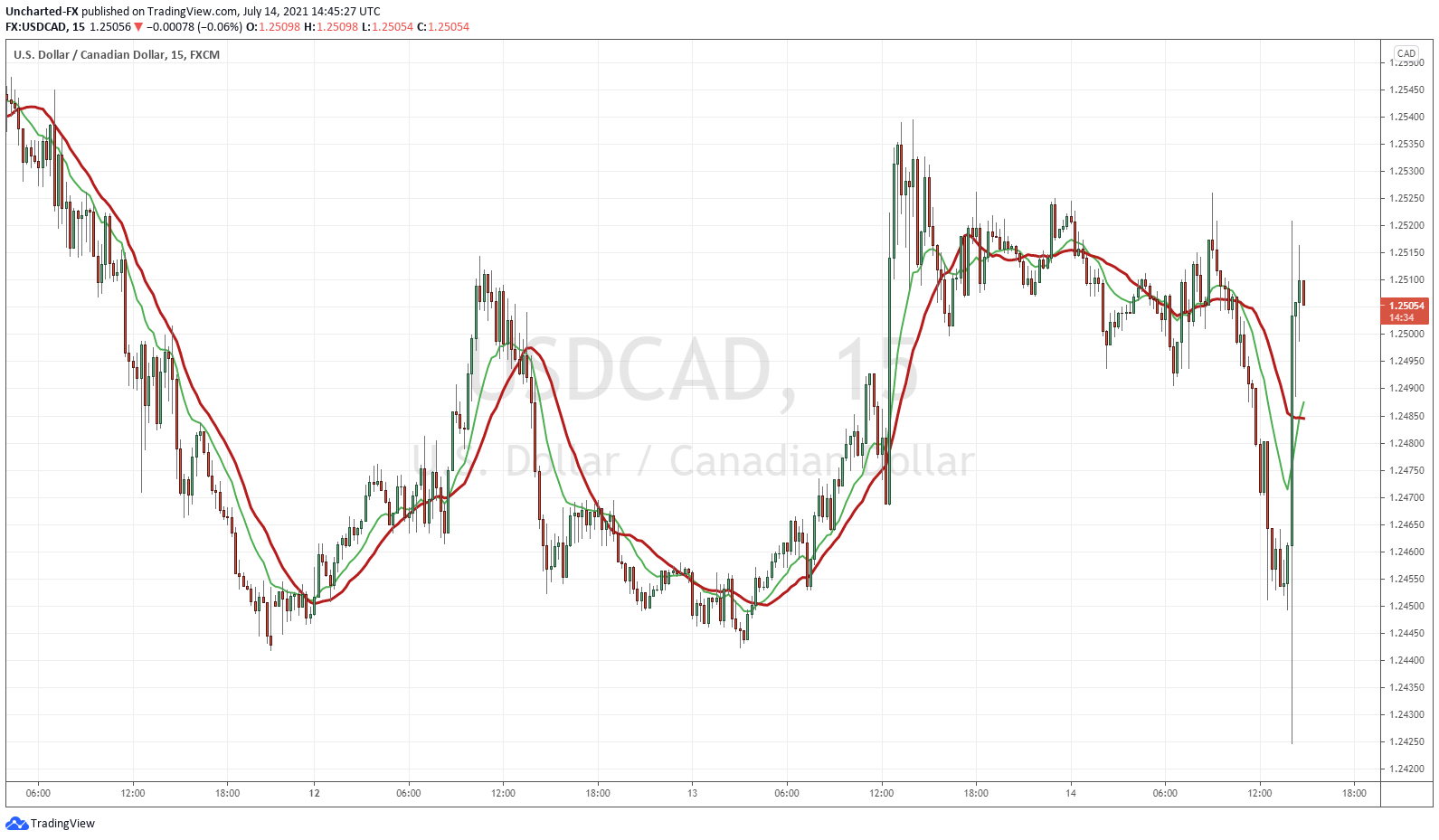 The Loonie actually weakened, with the US Dollar rising after the Bank of Canada rate decision. Either the markets were expecting the BoC to be more hawkish, or they see this as still being dovish. It is likely the former since they did adjust the QE program. 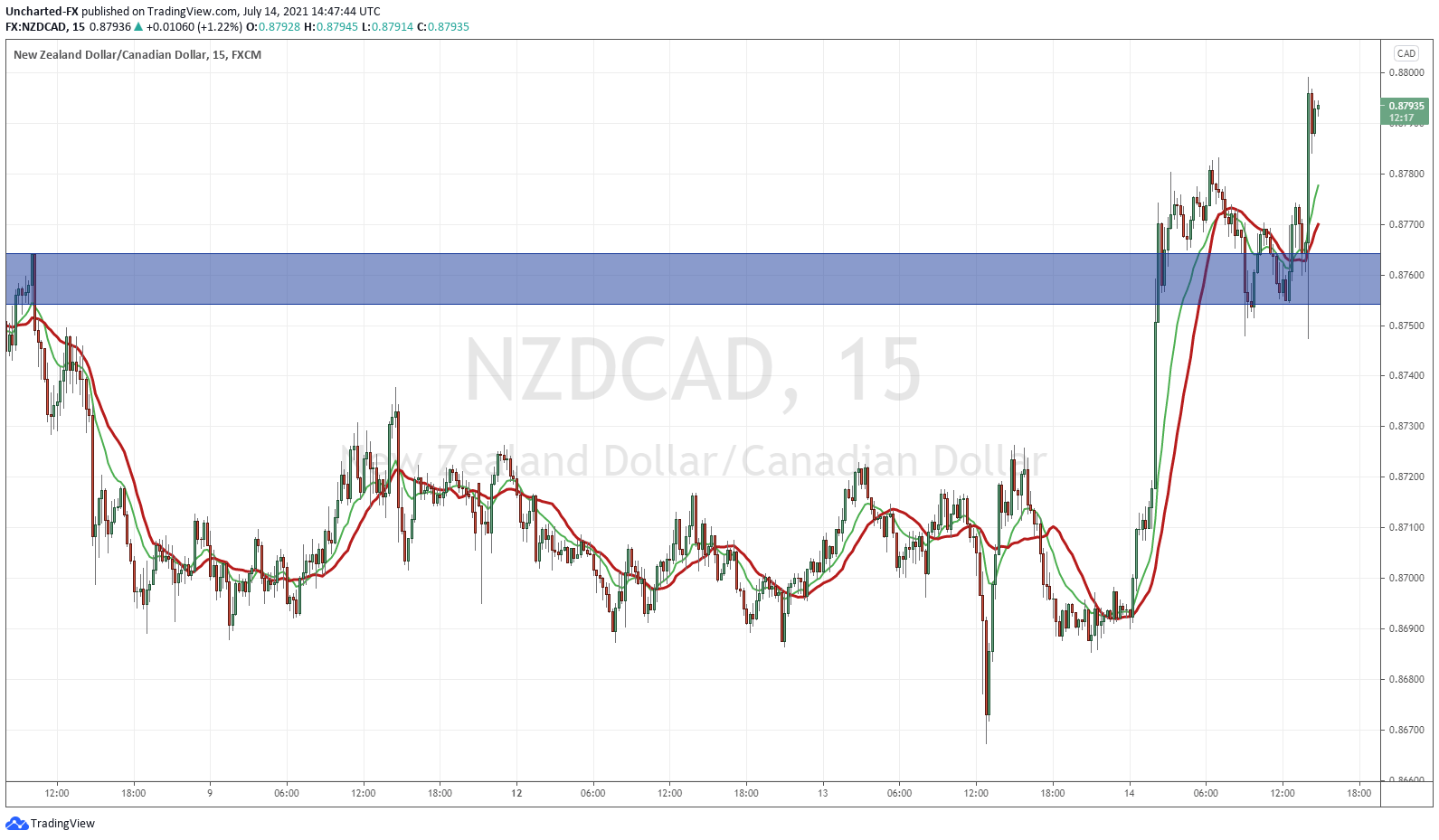 Above is the 15 minute chart of NZDCAD. A great case study since the Central Banks of both countries just had their interest rate decision in the last 24 hours. Clearly the Kiwi is stronger. It even popped higher on the Canadian rate decision. RBNZ is easily the most Hawkish western central banks with the asset purchasing program to end on July 23rd.

When we talk about Central Banks we have to discuss the Federal Reserve. The Fed tapering has been the center of speculation and the core narrative for markets. Just yesterday, I wrote about how CPI keeps inching higher. Well today, Producer Price Index (PPI) also hit record as wholesale prices jumped 7.3%. In yesterday’s Market Moment I also posed the question, are traders beginning to question the transitory inflation narrative? If not yet then when? And when they do, what does it mean for Central Banks? Can they admit they were wrong? Important questions going forward.

Things have cleared up this morning. Fed chair Powell is set to testify before Congress at 9 am PST. Markets are already looking forward due to statements that came out with Powell’s remarks before his testimony. Here is a PDF link for his full remarks. Dovish is the best way to put it. But to most of us, it didn’t come as a surprise.

Market futures were down pre-market, but then shot up when Powell said in those remarks that tapering is ” a ways off” and further economic progress needs to be made. So no tapering anytime soon even though inflation is coming out higher.

In the past, Powell called this inflation ‘transitory’ and that it would normalize once consumers begin spending more or services rather than goods. Economies re-opening is to blame for this transitory inflation. Well guess what folks? His remarks did not mention the “transitory’ word. Instead it read: “inflation will persist for several months and then moderate“.

This is a big difference and traders are itching to hear more about this when he testifies.

Some more details from the speech were summarized by Zerohedge:

It looks like the taper comments from the Fed, or the Fed talking about thinking of tapering, is being kicked down the road. August or early Fall is when I think the markets will want to hear it. Setting up for some sort of taper by the end of the year. 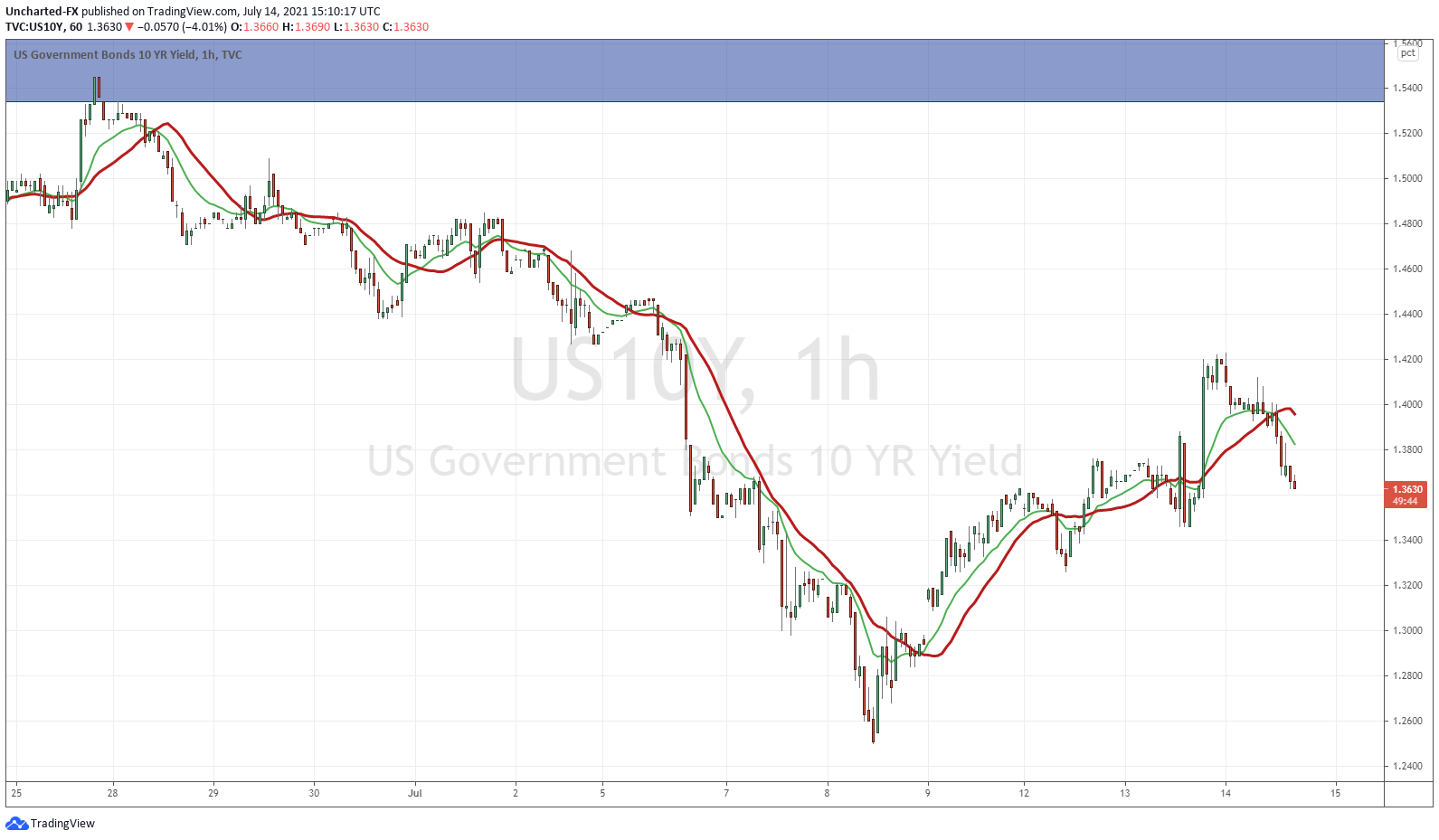 The 10 year yield dropped on the Dovish remarks. Makes sense as money ran into Bonds. Either for safety/risk off, or because the Fed is dovish still, and rates will not move higher anytime soon. Over on our Discord Trading Room, and in recent Market Moment articles, I have mentioned how that TLT chart is important. 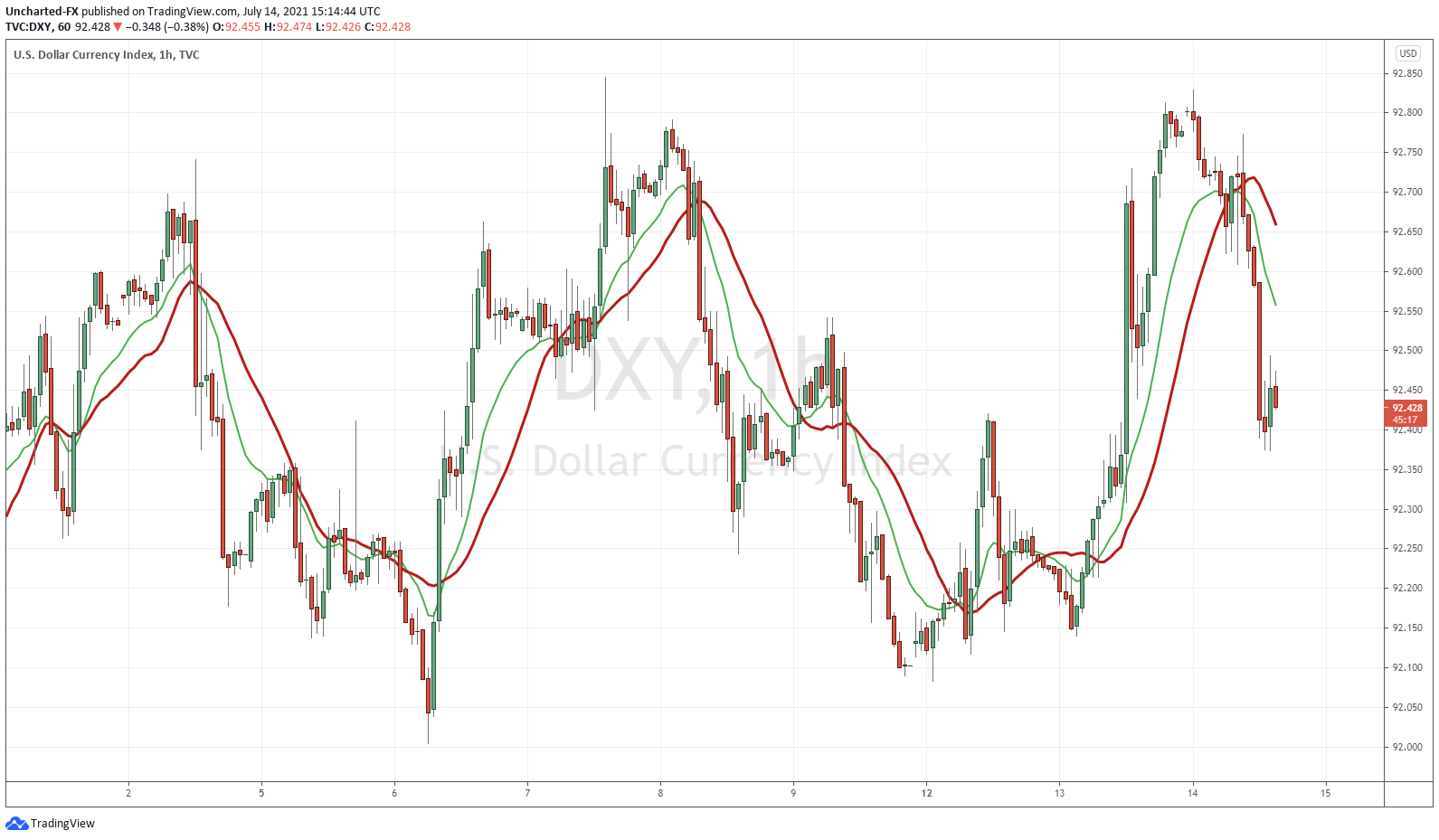 The US Dollar dumped as traders priced in no rate hike or tapering anytime soon. 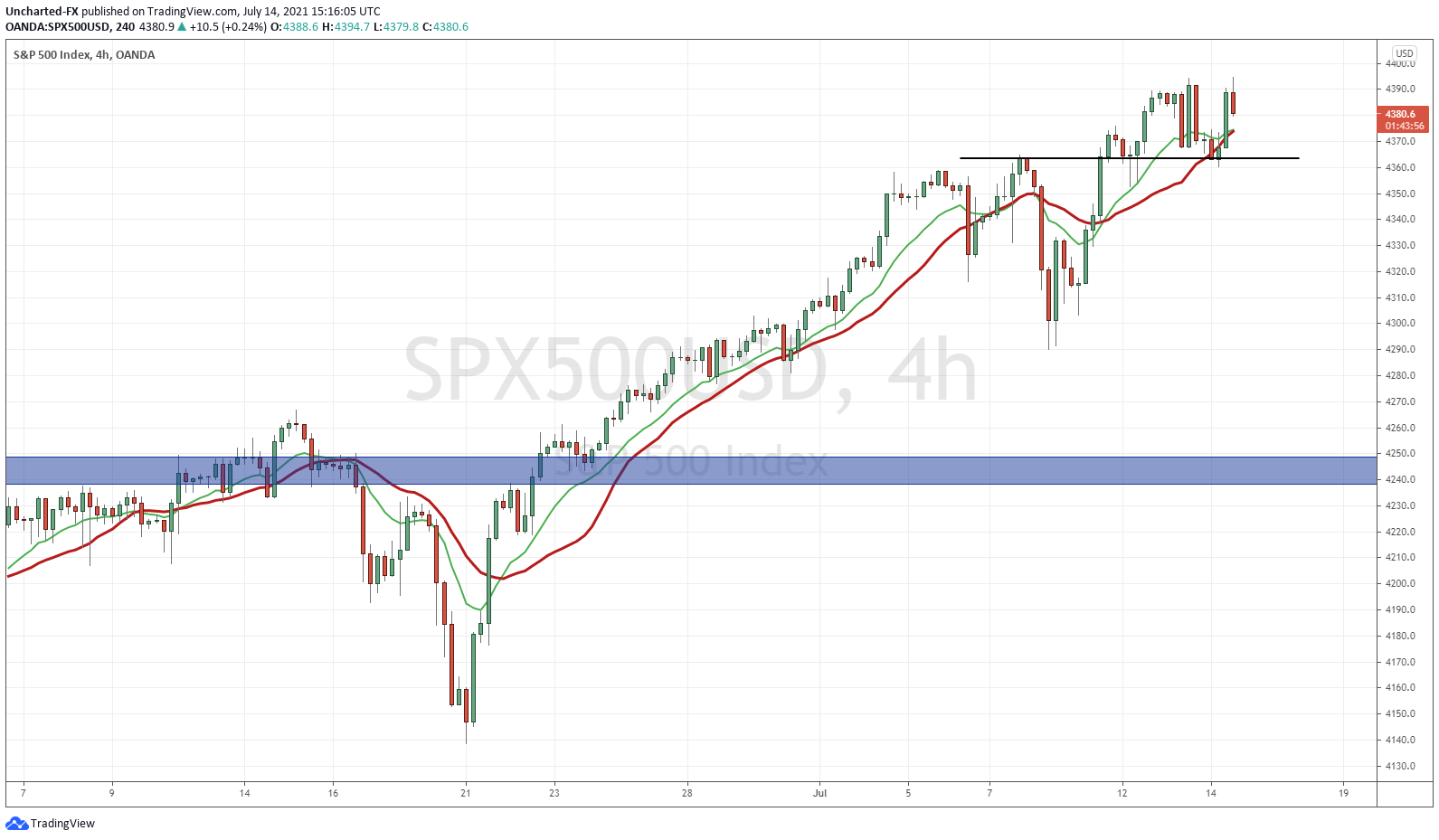 This is where things get interesting. The major US indices: the S&P 500, the Nasdaq and the Dow Jones, all are at the recent highs. Markets did pop earlier this morning, but have now sold off. Still slightly green on the day. With more cheap money, we would expect markets to rally higher. I still think this will be the case. Markets seem to be confused and need time to digest all the data that came out. Perhaps Powell during his testimony gives it a nudge higher. 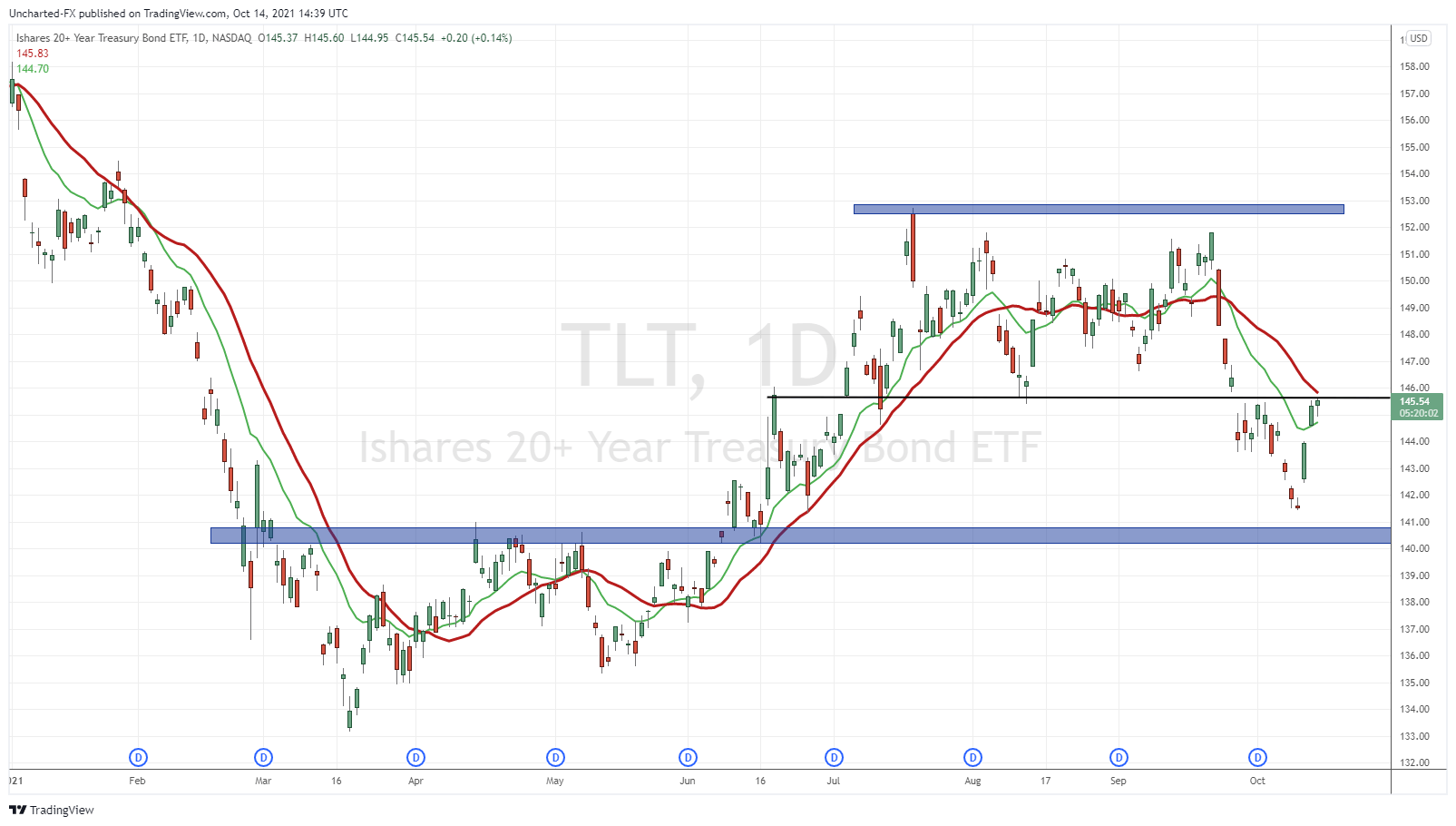 The Fed ‘Could’ Taper Mid-November, But Do The Stock Markets Buy It?

Yesterday saw a pair of stock market moving data dumps. First off, we had the CPI which told us that inflation is still coming in 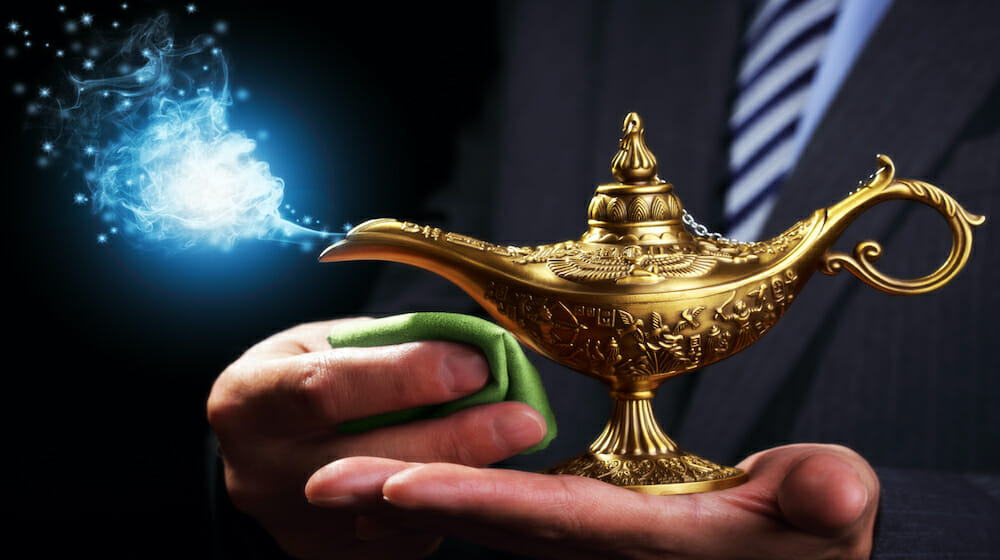 Who Let the Inflation Genie Out of the Bottle? CPI Rises More than Expected on Food and Energy.

Inflation is a hot topic right now. No pun intended. Here at Equity Guru, I have been sounding the alarm bells regarding inflation since the 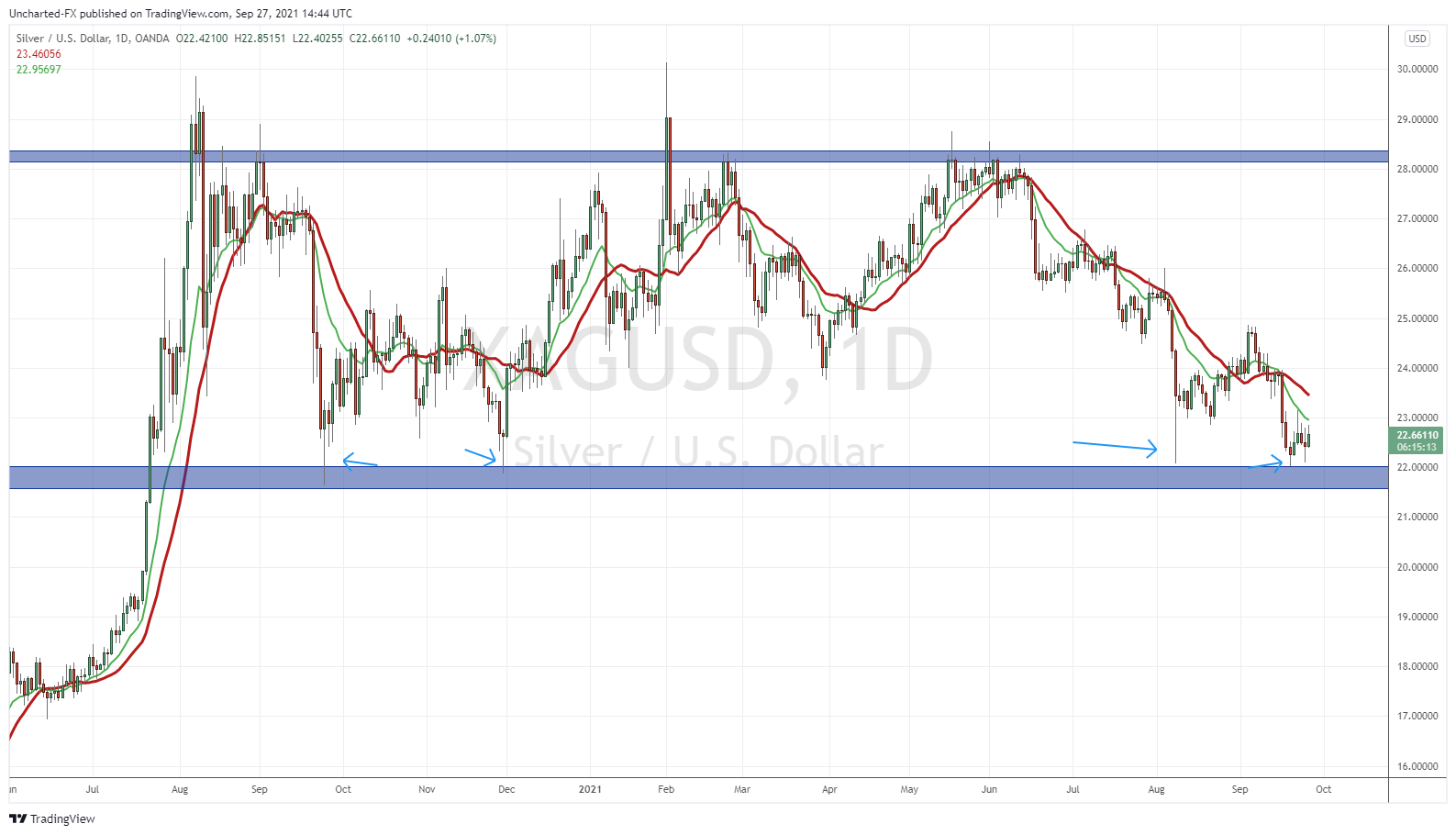 A Big Week For Silver!

This is one of those weeks where us Silver bulls will be quietly mouthing a prayer to the trading Gods. A very big week for 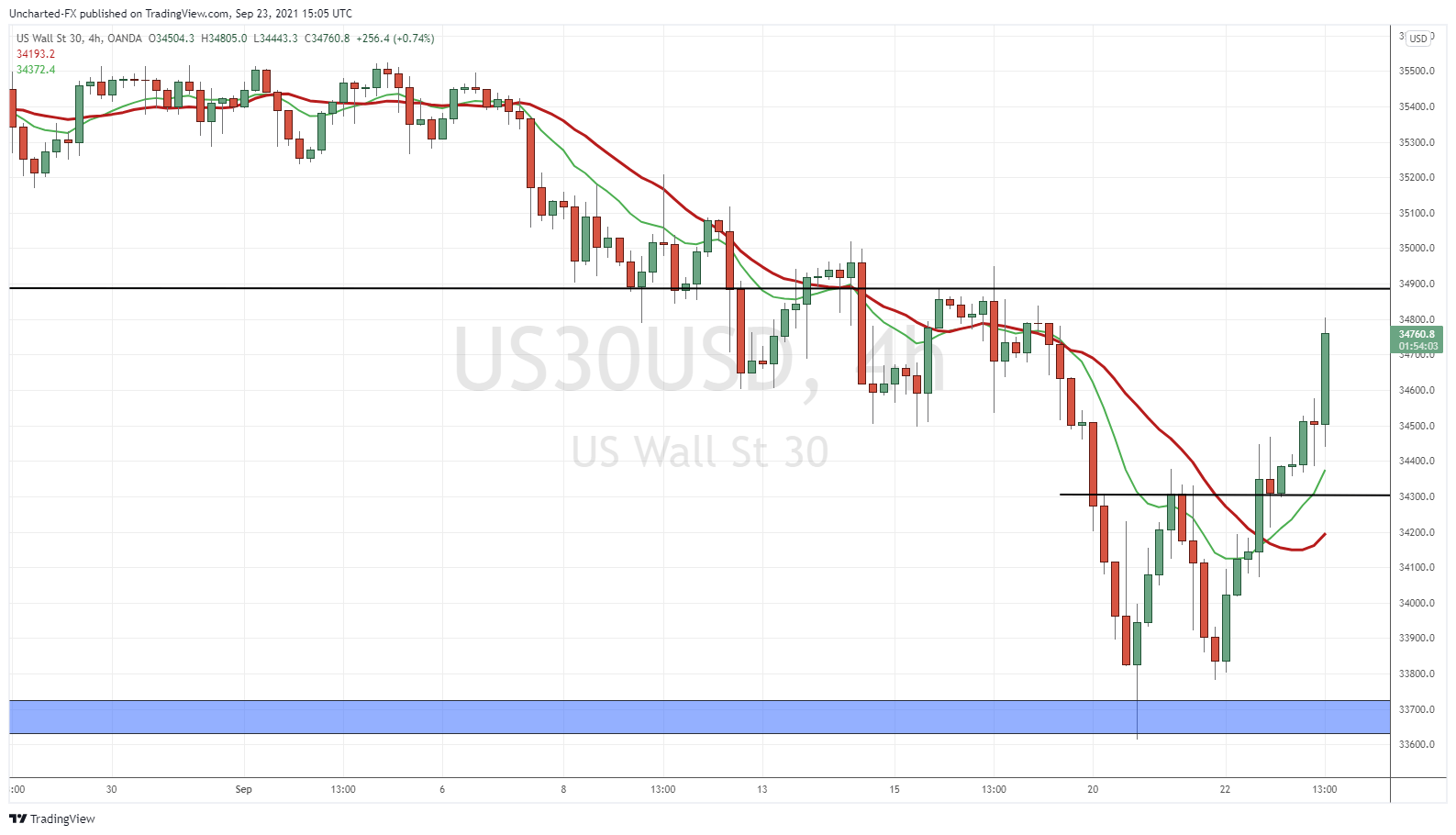 The Federal Reserve Pops Markets, But are Stock Markets out of the Woods?

The highly anticipated Federal Reserve meeting has come and gone. We got an update on tapering… well the Fed told us the taper will come 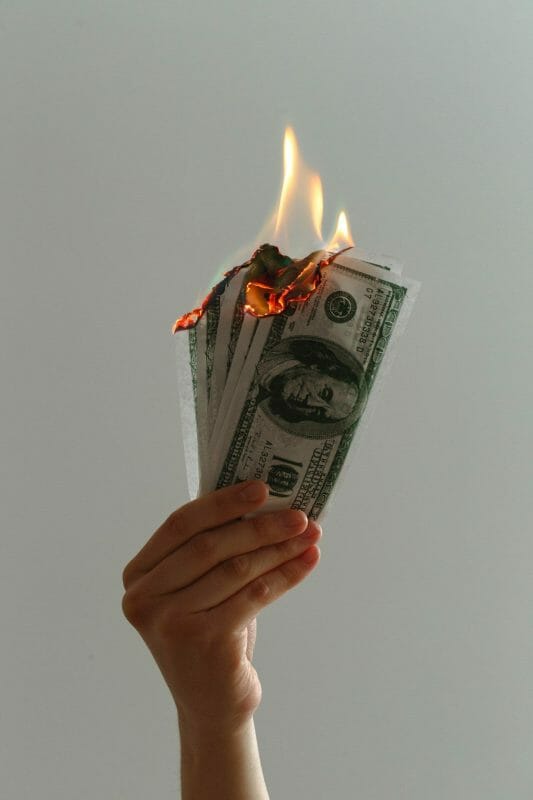 An open letter to my sister on why we can’t “just print more money” (Part I):

Syd, I apologize for outing you in advance, this is for the greater good of everyone.    A few weeks ago, my sister sat on