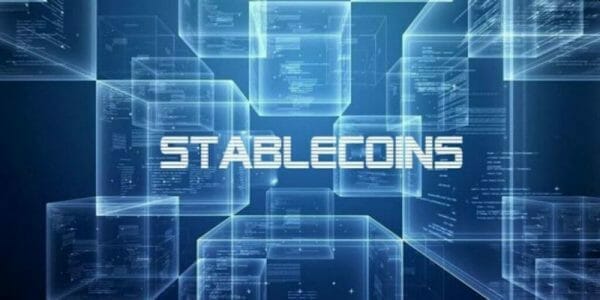 As originally announced in May of 2020, Bigg and Blockchain Intelligence Group (BIG) will launch a combined product offering to create scale, transparency, and security for stablecoins. BitRank Verified and Qlue will be integrated within the Blockchain Foundry’s on-chain compliance solution and wallet-to-wallet transaction monitoring capabilities. The combined capabilities produce real-time risk mitigation and more to entities operating stablecoins. We’ll get into what they are and what they do down below.

“Blockchain Intelligence Group is positioned strongly to support present and future mass adoption of stablecoins and supports transparency. By partnering with Blockchain Foundry, a leader in blockchain-based business solutions, we will offer a comprehensive solution for stablecoins, security tokens, and fractionalized NFTs supported on the Syscoin blockchain ecosystem,” said Lance Morginn, president of BIG.

A former equity guru client, Blockchain Foundry’s technical team are the braintrusts behind Syscoin and the technology using the Syscoin blockchain, and Bigg Digital Assets is working hard on producing tech and software that will clean up the crypto-space through reimagining it as a safe, compliant and regulated environment. They have two operating subsidiaries to achieve this ends—the Netcoins exchange and Blockchain Intelligence Group.

The idea behind the launch is scale, transparency and security for stablecoins. The addition of BitRank Verified and Qlue will give anyone looking to follow the course of their stablecoin along the blockchain will be able to do so by following the series of encrypted addresses it visits, stays and moves away from as transactions happen. And by anyone, we mostly mean law enforcement.

This is the transparency bit that cryptocurrency’s been lacking, especially because of the increased probability and ease by which these coins can be used for nefarious means.

Here’s a quote from the Financial Action Task Force. Admittedly, the task force’s findings are from 2019, but they’re no less relevant today. Perhaps, even more so.

“Emerging assets such as so-called global ‘stablecoins’, and their proposed global networks and platforms, could potentially cause a shift in the virtual asset ecosystem and have implications for the money laundering and terrorist financing risks. There are two concerns: mass-market adoption of virtual assets and person-to-person transfers, without the need for a regulated intermediary. Together these changes could have serious consequences for our ability to detect and prevent money laundering and terrorist financing.”

At present, the governments of the world don’t know what to do about cryptocurrency. India wants to ban it.  China has a love-hate relationship with it—in that they attack it when they want to buy more—and are in the process of rolling out their own. Most countries in South America love it presumably because it offers an alternative to the dollar, and could be a way for them to break their economic reliance on the hegemon (and a way to hide money they may owe to predatory neoliberal institutions like the International Monetary Fund and World Bank). El Salvador just became the first country to officially recognize Bitcoin as legal tender.

North America is tentative but greedy, and if history’s any indication our greed will prevail.

In all likelihood we’re going to see a central bank digital currency (CBDC) in a few years. We’re going to the usual waves of adoption and backlash which come with a new technological rollout of this magnitude. People tend to get especially passionate about any change with such deep potential effects on monetary policy, and maybe that’s not unwarranted.

The truth of the matter is that security tokens require rule sets and a system of checks and balances for broad adoption. As CBDC’s roll out, regulations are going to require regular checks, and a system like the one being proposed by BIG and Blockchain Foundry offers a means to track exchanges on a transactional level.

The closest functional equivalent would be a prolonged game of connect the dots. Each address along any blockchain is represented by a long series of letters and numbers, as is each coin. Now when one string of letters and numbers representing a coin interacts with another string, representing an address, then that signifies that a transaction has been made. Certain types of technology can track these transactions in real-time, and if a third information source provides the origin or owner of said wallet or exchange as being the address, then another piece of the blockchain has been revealed.

Eventually, these open entities up to preauthorization compliance to each transaction as a preventative measure. In the future, a government or other issuing body could theoretically ban certain transactions from happening, which won’t go over well with the libertarian crowd and could cause or exacerbate substantial problems in terms of civil liberties for countries with authoritarian regimes. But you’ll have that.

For countries with good track records and generally good intentions—whoever they may be, certainly not Canada—it won’t be a problem. If anything, that’s a solid mark in favour of never allowing cryptocurrency (at least in its stablecoin version) to take over and become the world’s currency, and as such, forests will have to continue to die to ensure that government’s (and other entities – like Facebook with their Diem stablecoin) don’t get complete control.

Outside of the standard scary dystopian visions where some nefarious government apparatchik controls every aspect of your financial life from the other side of a computer screen, there’s a definitive need for this kind of oversight. Besides, Bigg and Blockchain Foundry are public entities, which means they need to be transparent and include regular audits.

Until then, though, there’s still work to be done.

“We are creating the tools needed for adoption and enablement of stablecoins, commodity-based digital assets and digital security tokens operating on public permissionless settlement ledgers through the oncoming and pending regulatory frameworks. Through the use of Qlue and BitRank offerings we can not only allow for issuers to react to situations requiring regulatory actions but for the first time on a public ledger become preventative to enable compliance in the same ways that traditional financial transfers take place all while the users hold their tokens in their own digital wallets,” said Jag Sidhu, chief technology officer for Blockchain Foundry.

The first phase of integration will be BitRank Verified, and BCFN will give $133,000 in fees to BIG for their initial data set for Blockchain Foundry’s compliance product prior to its official launch—slated later on this year. BitRank Verified and Qlue’s availabi=lity to customers through the product integration will add the extra layer of regulatory compliance while padding both company’s bottom line.