Psychedelics are coming to California sooner than expected, will the MedMen’s (MMEN.C) of the world fuck it up?

Earlier this week California introduced a bill to decriminalize psychedelics.

If passed, SB 519 will approve the use of mushrooms, MDMA, LSD, mescaline, and ibogaine for combat veterans with PTSD and people with diagnosed or undiagnosed addictions and mental illnesses. Proponents of the bill state their main concern is ending the war on drugs. California State Senator Scott Weiner who wrote the bill stated in an op-ed,

I grew up in D.A.R.E.-era suburban New Jersey as the so-called war on drugs was in full swing. That term was coined in 1971 under President Richard Nixon, and he, along with subsequent administrations — notably the Reagan administration — helped develop our current system of racist drug criminalization and mass incarceration. Like most Americans, I grew up hearing the constant refrain that all drugs were inherently bad, that we had to “just say no,” and that drug use would (and should) be punished. We are only now truly beginning the decades-long process of unlearning our nation’s anti-science, fear-mongering approach to drugs.

California’s neighbor to the North, Oregon passed a similar bill last year, and many states across the country have either introduced similar bills or have something in the pipeline. As the most populated state in the country, California’s move toward more liberal policies around psychedelics is a big deal for companies looking to get early revenue in the grey market. Similar to what we saw in the cannabis industry. So while this is great for grey market entrepreneurs, for public companies it’s not so black and white.

It’s funny, five years ago the rub on the psychedelics industry was that legalization was too far away. But, in more recent years this time before legalization is where the public companies plan to build IP and increase the value of their company. There have been opportunities for early revenue, namely ketamine clinics and functional mushroom supplements. But if some of the big dogs want to create a monopoly, which they do – decriminalization gives power to the people and takes away power from their sought-after monopoly, and California is as big of a piece in this game as any.

Are ketamine clinics a fast path to profitability for psychedelics companies?

Not only because of its large population size, but also its rich history of psychedelics use and volume of psychedelics users and advocates within the state. California has one of the highest cannabis usage rates in the country and is a significant piece both culturally and financially in the big picture of the modern psychedelics industry. Opponents of the bill say it leaves the door open to a recreational market. And with how the cannabis industry shook out, I don’t think they are necessarily wrong in their skepticism.

In the years leading up to cannabis legalization in California, companies like MedMen (MMEN.C) set up consulting businesses where they would help grey market operations scale up, only to rat them out once legal policies changed years later as they were competing with MedMen’s ‘legal’ business. All it took was a name change and MedMen was in the clear, unfortunately, we will likely see similar opportunists in states like California and Oregon this time around. In 2017, only 2 years after New York state made medical cannabis legal the California-based MedMen swooped in and purchased Bloomfield Industries, one of the 5 licensed medical marijuana companies. MedMen began its journey of being a nationwide cannabis company with much of its initial starting capital coming from shady deals within California’s liberal drug laws. 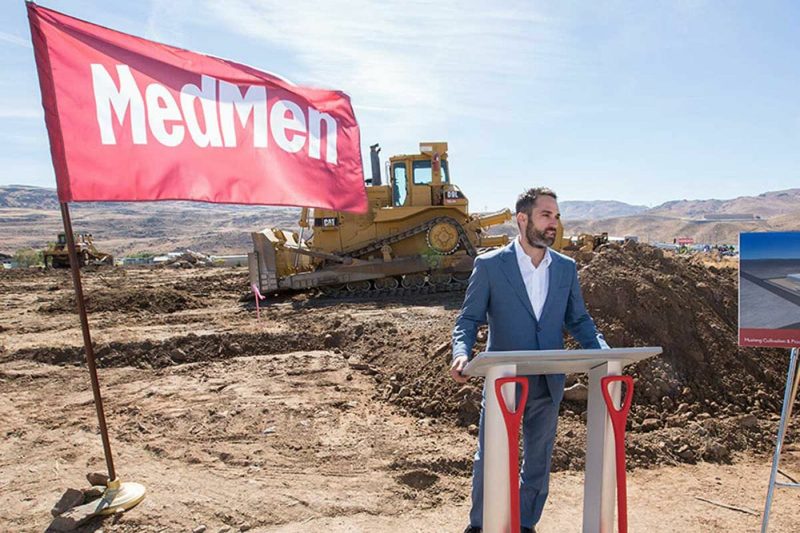 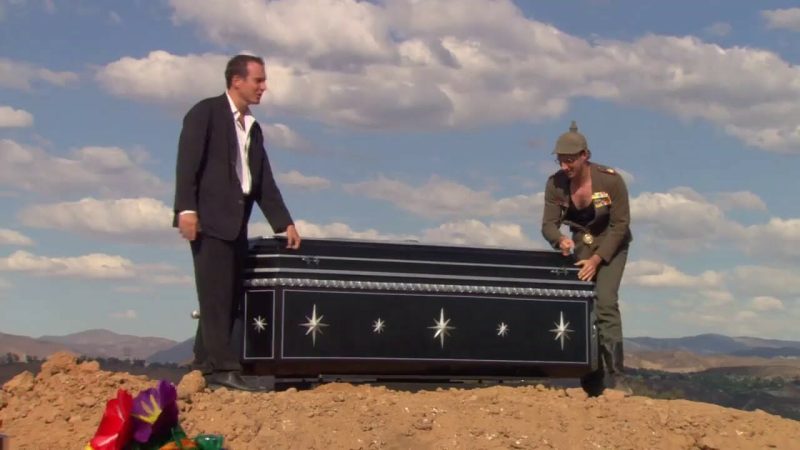 It’s likely psychedelics companies will do the same, use California and Oregon as a springboard to create a national brand. And, as we saw with the cannabis sector, the US will probably be more lenient towards branded products than countries like Canada.

MedMen had it going, for a moment.  A company with that level of marketing push, access to capital, and hyper-capitalist operators could have been a big deal. At one point around 2018, it looked like MedMen could become one of the premier cannabis companies in America with prestigious locations in high-end areas of New York City and LA and several cities in between. Despite a lot of turmoil brewing on management’s side, its costly marketing campaigns were spreading the word in an industry that was wide open for new brands to grab market share. Unfortunately for MedMen, and many others in the cannabis space, everything they touched eventually turned to shit, and they left a burning wreckage behind them at every turn. Selling mansions, stealing from employees, destroying toxic crops and company profits at a record pace, scorched earth policy.

But see, despite being donkeys, small business psychopaths like MedMen could potentially fuck up a monopoly. MedMen took attention away from some of the bigger guys who weren’t in a position to mess around with weed consulting businesses. It wasn’t sustainable, but MedMen had a ground game.  Canopy (CGC.Q) can get Snoop Dogg to make some Tweed shoutouts, but in the end, the organic community aspect around a company is more sustainable. Also, if Snoop Dogg is your shill in today’s world, it’s time to think outside the box. The problem is, the big stuffy companies often don’t. They hire marketing people from top degrees from the best schools whose curriculums were written before the internet hit scale. So they make culturally irrelevant moves that sometimes cost them a lot in the end. For example, Gene Simmons and Invictus. Just tone-deaf focus group bullshit that played in 2002.

The real serious biotech types are either too overqualified or too indebted to investors to really get their hands dirty and growth hack like some coder in Silicon Valley.  What if that coder has a mushroom grower upstate, business acumen, and some kind of distribution network for moving products. MindMed (MNMD.Q), (not to be confused with MedMen, although the name, branding, and insider selling are strikingly similar) CEO JR Rahn who has sold 90% of his MindMed shares since January was upfront about the issue and said that decriminalization affects their business model. MindMed angel investor Kevin O’Leary dreams of the big 3: Compass Pathways (CMPS.Q), Atai and MindMed all getting swallowed up by Pfizer.  So while decriminalization may be good news for most, those trying to build a monopoly and hoard IP see this as a nightmare scenario.

This issue really touches on the key conflict around the sector today, profits vs. efficacy. Newly formed public companies able to raise loads more than charities like MAPS or the Usona Institute who have been leading the charge for decades. Sadly, a big swinging dick with a flashy pitch deck and website is in a position to raise more capital than the head of MAPS Rick Doblin who was banging on doors in Washington DC in the ’80s when they took away MDMA-assisted psychotherapy. This has lead MAPS to mull overdoing an IPO as a last resort to raise capital. Even though their intentions are worlds apart, MAPS has reservations about going the Compass Route to a for-profit company, and for good reason. MAPS has several volunteers and is a non-profit organization, putting them in a tough spot.