Harborside (HBOR.C) has completed the purchase of its Salinas, California production campus on June 1, 2021, using approximately $10.84 million in  funds drawn from its existing credit facility.

“We are thrilled to have completed the acquisition of our Salinas cultivation and production facility…With a soon-to-be-expanded ecosystem of Harborside brands, including our recently announced acquisition of Sublime and their award-winning Fuzzies branded prerolls, this transaction will enable us to further expand our operations in Salinas to keep up with increasing consumer demand. In addition, with our newly lowered cost of capital, we will improve cash flow and decrease our overall costs of production from the facility, driving long-term margin expansion,” said Peter Bilodeau, interim chief executive officer of Harborside.

Once upgrades are completed at Harborside’s Salinas facility, the Company will be more than capable of facilitating the production of its own brands as well as Sublime’s portfolio of popular products. This includes the company’s Fuzzies pre-rolls, which have received numerous awards including best pre-roll by Edibles Magazine. With plans to acquire Sublime Canna on the horizon and upgrades to its Salinas production campus right around the corner, Harborside is positioned to see some growth in the near future.

“We are excited to have been able to put together a such favourable credit deal…The close working relationship we’ve developed with our bank over the past five quarters ultimately provided the company with an industry-leading cost of funds and the ability to better manage our working capital. We are looking forward to expanding our banking relationship as we continue to grow the business,” commented Tom DiGiovanni, chief financial officer of Harborside. 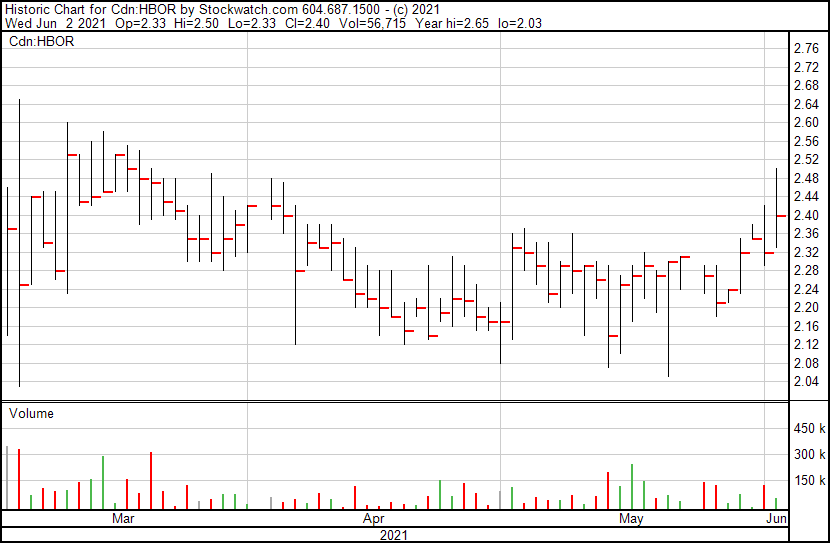 Harborside’s share price opened at $2.33 today, up from a previous close of $2.30. The Company’s shares are up 6.96% and are currently trading at $2.46 as of 10:04AM ET. This indicates that there has been noticeable change following the news.

Full Disclosure: Harborside is a marketing client of Equity Guru.