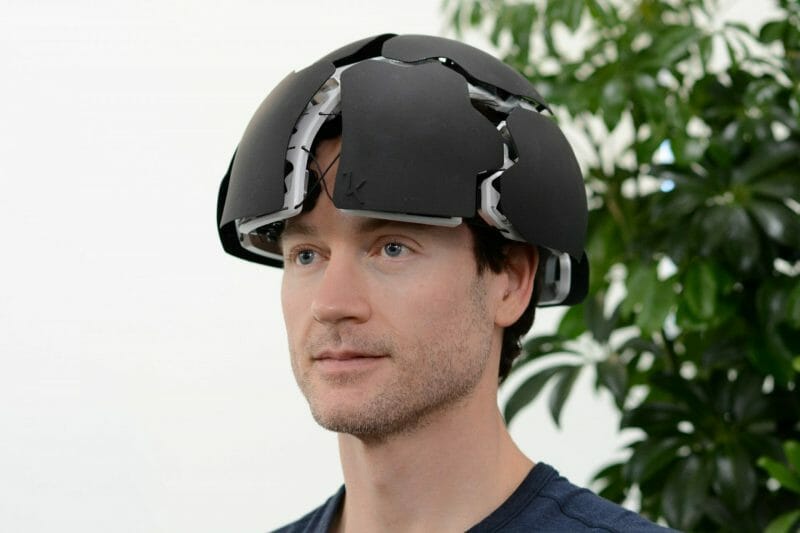 Cybin announced in January that they would be partnering with Kernel, with plans to use the proprietary Kernel Flow device for psychedelic-based studies and clinical trials. Kernel Flow is a non-invasive brain interface that records real-time cortical hemodynamics to establish precise patterns of brain activity. Cortex hemodynamics refers to the dynamics of blood flow in one’s brain, and if you are successful in measuring it you can measure brain activity in real-time.

The Kernel Flow device is an easily worn helmet that uses pulsed light instead of continuous wave light for measurement. Compared to a functional magnetic resonance imaging (fMRI) machine, which requires you to lay down in a scanner, this method is far less restrictive. Sure, if you’re tripping hard and a researcher asks you to put on a weird helmet that reads your thoughts, it may be a little offputting, but it would definitely be preferable to being forced into an fMRI machine.

“We still have much to learn about what is occurring in the brain during a psychedelic experience. This first-of-its-kind, Cybin-sponsored study, using the Kernel Flow device, aims to expand our physiological understanding of psychedelic pharmacotherapy. We are excited to be part of this pioneering journey with our partners at Kernel,” stated Doug Drysdale, CEO of Cybin.

The study will be measuring ketamine’s effect on the brain. Ketamine is only a Schedule III drug (compared to psilocybin which is a Schedule I drug) making it easier, from a legal standpoint, to study ketamine than other psychedelics like psilocybin or LSD. Ketamine targets glutamate, which is the brain’s most common excitatory chemical messenger. The common activity of glutamate could also make it easier to find results that help in the development of the Kernel Flow device.

Self-reports are not always reliable, as bias and noise easily find their way into these measurements. When a company is trying to receive FDA approval, ‘hard’ measurements go a long way.

Many studies of psychedelics simply function by asking people to self-report symptoms of depression or anxiety. An example of this is the COMPASS Pathway’s study in the New England Journal of Medicine which received a lot of media attention. This study’s primary measurement was a change in the baseline for the patients’ QIDS-SR-16 (16-item quick inventory of depressive symptomology-self report) scores.

The problem with this method is that self-reports are not always reliable, as bias and noise easily find their way into these measurements. When a company is trying to receive FDA approval, ‘hard’ measurements go a long way, so proving that a device like the Kernel Flow provides these hard measurements will be very valuable.

“Psychedelics have shown great promise for mental health and wellness, and Kernel’s collaboration with Cybin has the promise of offering increased scientific rigor for their development,” stated Bryan Johnson, Founder & Chief Executive Officer of Kernel. 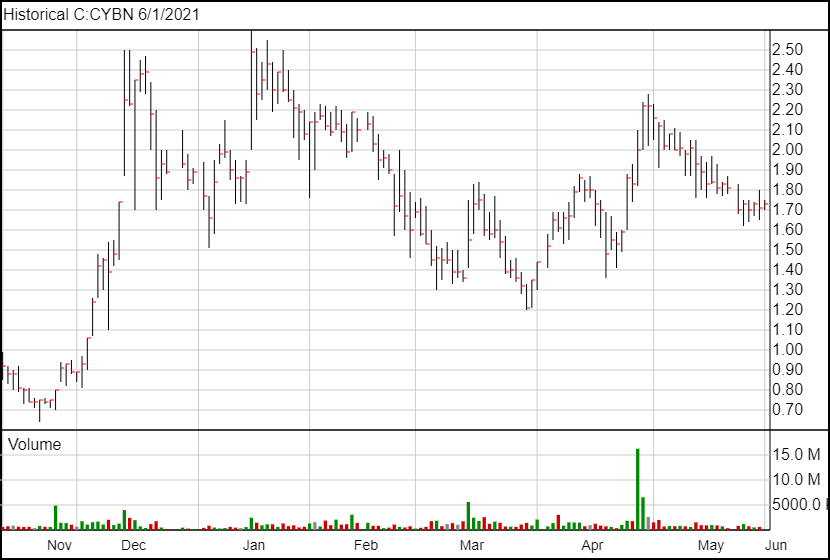 Following the news, Cybin’s share price is up 3 cents and is currently trading at $1.74.