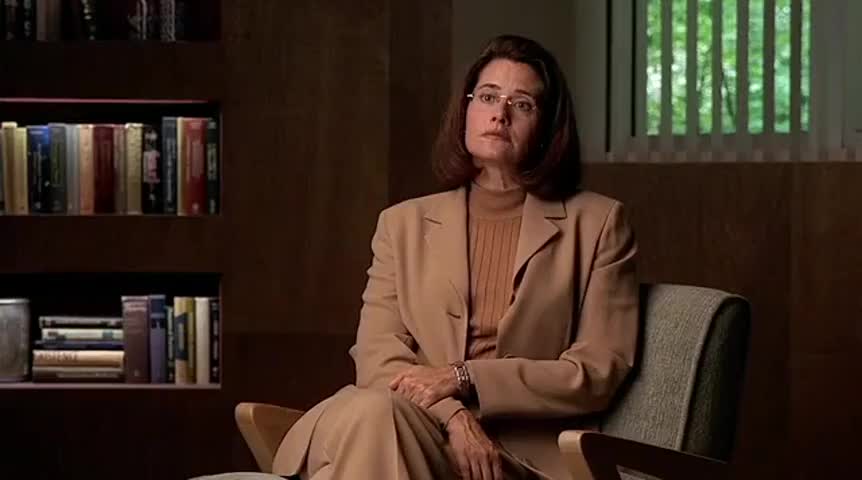 Everyone’s therapy journey is different. Some people can move past what they are dealing with purely through talk therapy.  By understanding on a logical level why they are where they are today they can use that information to make positive changes in their lives to hopefully avoid or at least lessen whatever brought them to therapy.

Others are put on medication for things like depression and anxiety without ever really exploring what might be happening beneath the surface that is causing the depression and anxiety. Or maybe they have a personality disorder that is maladaptive in reality, leading them to sabotage everything good in their life. Or maybe they were victims of childhood abuse and developed C-PTSD by being abused by their caretakers over a lengthy period of time. For these people, talk therapy is often only a first step in uncovering the truth of their childhood. As best selling author and trauma expert Dr. Alice Miller said in her groundbreaking book ‘The Drama of the Gifted Child’,

The child must adapt to ensure the illusion of love, care, and kindness, but the adult does not need this illusion to survive. He can give up his amnesia and then be in a position to determine his actions with open eyes.

If children were abused they were likely gaslight into believing either nothing happened, or it wasn’t as they remembered it, or even that is was their fault.This was my own personal experience growing up as a teenager. It leaves the victim questioning their own sanity. A therapist may actually reinforce this feeling if they are not properly trained to work with trauma. I was gaslit by multiple therapists who used outdated psychoanalytical models, and it actually hurt more than it helped. Until I found a therapist who could hold my traumatic experiences and not judge them, I probably wouldn’t have been able to process them myself.

When a caretaker abuses a child the child learns to not trust themselves, their feelings, or their ability to function as a healthy human being in the world. These adverse childhood experiences have been proven to be significant in adulthood. The ACE Score, developed in 1990 was designed to give a person a numerical value that calculates the amount of abuse, neglect, and household dysfunction the child experienced before the age of 18. The higher the score, the more exposure.

A 1990 study showed people with an ACE score of 4 or higher were: 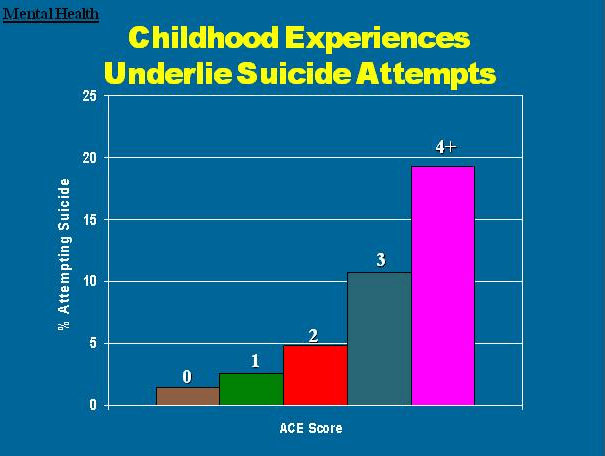 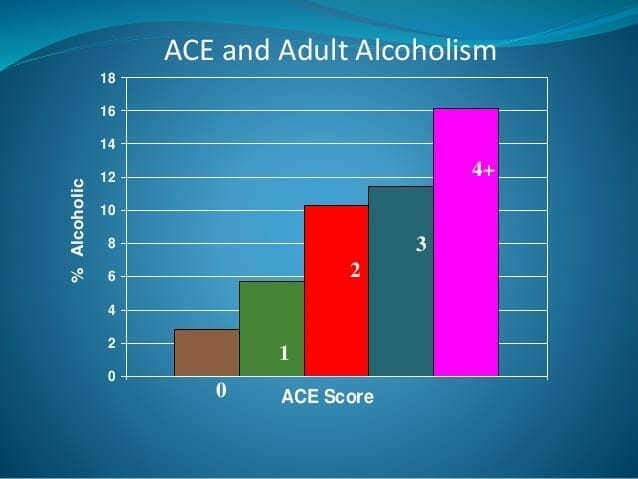 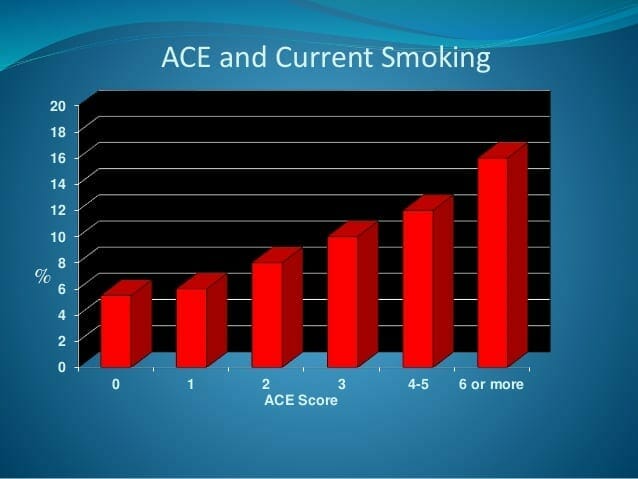 Dr. Bessel Van der Kolk, one of the leaders in trauma therapy has been critical of talk therapy like CBT being used for PTSD.  The techniques he favors like EMDR and somatic experiencing are capable of accessing the emo­tional brain, where the amygdala resides. Whereas talk therapy isn’t always capable of doing so. Throughout the decades of work with top univeristies in the US, Van der Kolk has scores of fMRI scans showing that when faced with a traumatic memory the amygdala becomes hyperactive — the prefrontal cortex becomes muted and the speech center becomes muted. Therapies that require the patient to divulge the darkest secrets of their trauma need a therapist trained in this modality. A therapist who understands trauma and PTSD and how to hold the weight of something that heavy is the first step for recovery. Modalities such as EMDR, IFS therapy, somatic experiencing and neurofeedback have been proven effective in dealing with PTSD and trauma. 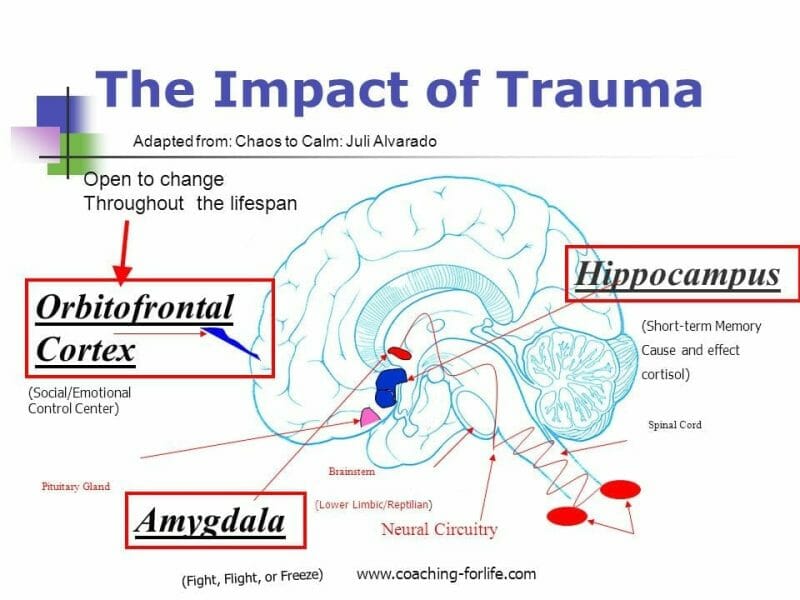 A 2004 study evaluated people several months after they were given either standard care treatment for PTSD or EMDR therapy. EMDR was significantly more efficient in reducing symptoms of PTSD.  They also recognized that participants maintained these benefits long after the treatment had ended.

A 2012 study found that EMDR therapy helped 77% of the individuals in the study with PTSD. It found that their hallucinations, delusions, anxiety, and depression symptoms were significantly improved after treatment. The study also found that symptoms were not exacerbated during treatment. Another interesting modality that has researchers buzzing is psychedelic-assisted psychotherapy.

Research around using psychedelics to help treat PTSD has exploded in recent years, and for good reason. One of the most anticipated being MAPS’ recent phase 3 MDMA for PTSD study. The results were significant. According to MAPS,

These data indicate that, compared with manualized therapy with inactive placebo, MDMA-assisted therapy is highly efficacious in individuals with severe PTSD, and treatment is safe and well-tolerated, even in those with comorbidities. We conclude that MDMA-assisted therapy represents a potential breakthrough treatment that merits expedited clinical evaluation.

One of the most significant findings of the study was the benefit it had on a particular dissociative type of PTSD. Dissociation is a maladaptive defense mechanism that is useful for children who aren’t capable of processing their full emotions or the problematic scenario they are in. However, if this carries into adulthood (which it almost certainly will without therapy), it shelters the person from both negative emotions and positive emotions, creating a protective barrier that is tough to break through. It is a fear-based approach to life, but it becomes more normal and comfortable the longer it gets practiced.

A condition known as alexithymia happens when the trauma survivor dissociates from their experiences so much that they can no longer describe what they are feeling. They become so closed off that therapy doesn’t really work, how can you even start to build a road map if you have blocked out your painful memories so much that you actually forget them after so many years?

If psychedelics are able to quiet the fear response, and dissociation is a fear-based defense mechanism, it only makes sense that this could lessen the importance and comfort of the dissociation, if only for a short period of time. These short windows can be powerful experiences in reprocessing the past which clashes perfectly with dissociation. Uncovering these paradoxes is also key to healing from trauma.

This of course needs to be done with a professional as doing these activities alone can retraumatize a person if they don’t have the proper avenues of dealing with it. It’s almost impossible for a traumatized person to be able to objectively see their thoughts and the situation around them.

There is a common misconception that psychedelics on their own can cause the change needed to become a happy, functional adult, free of past traumas. You hear these stories about people going to Peru for week-long ayahuasca ceremonies and coming back as ‘different people’. What’s often lost in this is the work it takes to face and process those things. Some people aren’t ready for it, which is understandable. 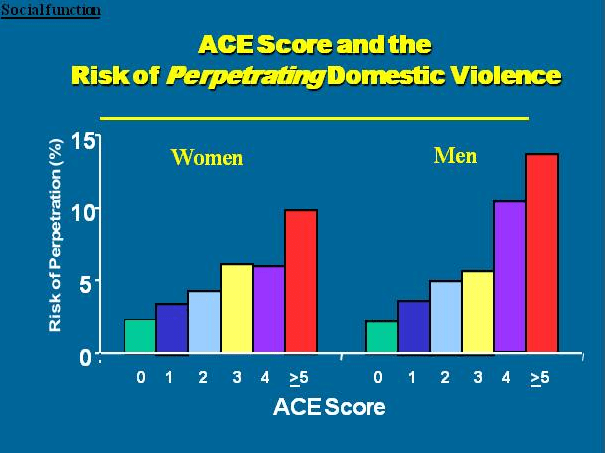 Some of the hardest cases which could potentially benefit the most from psychedelics could also be the most at risk for adverse effects, potentially making their lives worse. Again, these psychedelics experiences, although short, can be long-lasting whether positive or negative. Even with all of the recent advancements in the space, there is still a lot more to be discovered, especially for those harder cases who are stuck between having a family history of mental health making them unreliable for psychedelic-assisted psychotherapy and who have not benefited thoroughly from the more traditional forms of talk therapy. For those who have a strong mental block, or who can’t process their trauma through talk therapy alone psychedelics can provide that window of tolerance to crack the door open, and a lot of the time, that’s all it takes for the healing process to begin.