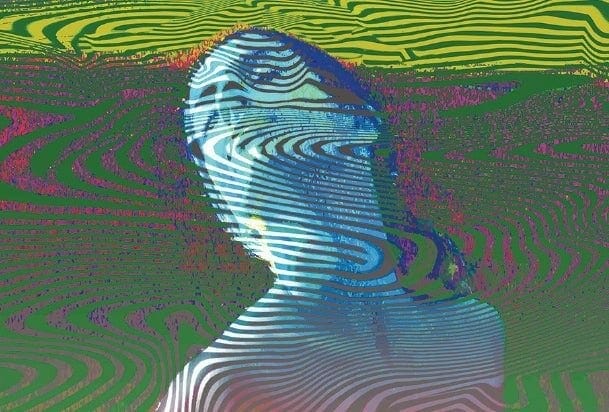 Last week Cybin (CYBN.NE) announced it was targetting alcoholism with its novel psychedelic compound CYB003. Another EG staffer wrote a piece last Monday outlining the details of the plan, but I’m going full editorial for this one as I have some experience with the topic.

Through a series of psychedelic trips in my teen years, I believe my mind built up the tolerance for spiritual experiences. Before then I was extremely closed off, had my own beliefs, and showed little to no empathy towards anyone.

I was then able to get sober at 21 out of nowhere, seemingly, and while there’s no scientific way for me to correlate the trips with the ability to get sober, in my mind, they are related. I think Cybin could really be onto something here.

It’s been over 8 years since I had a drink. Before that, I was a pure blackout drinker. It started around age 15 on a trip to Mexico, and I was in it to get plastered from the get-go. I quickly figured out coolers were easy to drink. Later I would find hard liquor. Much more efficient, less sugar, better for the BMI.

As high school wore on it seemed normal, downing a 2-6 of rum and heading to a party usually already in a blackout. Forgetting who I was, where I was, or what I was doing was the ultimate adrenaline fix from someone who was hyper-aware and severely depressed at a young age. There was a lot of childhood trauma growing up combined with mental illness and addiction within the family.

Funny enough I was also trading stocks then –  knowingly through a family member’s account. I bought Apple right before the first iPhone dropped. First Solar was a winner too, those helped pay for my college tuition.

That portfolio was a banger.

I started messing around with psychedelics when I was 18 and in college. I wasn’t cognitive enough to call it an experiment, but I was curious.The first time I did mushrooms was with my friend the day before his final Chemistry exam. We stared at a photo of a Salvador Dali painting and listened to Mr. Oizo, his earlier works. More than anything I just remember it being really relaxing.

I would have around 15-20 psychedelic trips between the ages of 18 and 20. Almost all involved mushrooms, or a combination of mushrooms and one or two other things. Also in this period, my drinking went way down, it just started to decrease naturally without me being aware of it. My desire to party was dying and I was only 21. I don’t think I was too old, I think I just got bored, and psychedelics helped speed up that boredom.

That said, my psychedelic usage back then wasn’t ideal. I was a kid in the suburbs just messing around, not researching anything, or going in with a purpose. It’s important to note that when doing these trips set and setting are very important. For me, it was DIY out of necessity but in retrospect paring it with therapy could have very beneficial for me.

Most of my trips were meaningful, with people who are close to me. They definitely enhanced our friendship, unlike drinking. Drinking always felt superficial, just like a social lubricant. But I needed it to function in social situations, a lot of it.

Some of my psychedelic trips were just stupid partying experiences. But even in these cases I would often I would leave parties just to be alone, in a park, at a beach – usually to think or reflect, or put my headphones on.

I can’t say I have ever had my brain scanned related to psychedelic usage, and haven’t gone through any psychedelic-assisted psychotherapy, but I do believe with what anecdotal evidence I have that I was greatly changed by those experiences. I used to dislike religion and spirituality with a passion when I was younger. Through a series of random events, one in-which involved a rather horrifying mushroom trip I found myself at the bottom.

It was an experience that changed my life forever, and 3 weeks later I was sober.

That mushroom trip in particular really enhanced my bottom at age 21. I was able to get some self-awareness and reflect, I could see my behavior from a third-person objective viewpoint like the author in a story.

I could see the narcissism, the delusion. I was asking myself like ‘what are you doing?’. My mind had never gone there before at age 20.

My experience along with Cybin’s mission with this new compound CYB003 makes sense. It’s an important disorder to tackle. An estimated 95,000 people in the U.S. (approximately 68,000 men and 27,000 women) die from alcohol-related causes annually, making alcohol the third-leading preventable cause of death in the United States. And in 2016, 3 million deaths, or 5.3 percent of all global deaths were attributable to alcohol consumption.

I think it’s going to take a multi-layered approach, balancing new therapies like psychedelics with more traditional forms of therapy and or recovery. In Johns Hopkin’s study on psilocybin for nicotine addiction the patients also underwent several weeks of CBT (cognitive behavioral therapy) along with the trips. The integration of the two together is vital, according to the study.

In founding AA Bill Wilson hung out with the infamous Carl Jung. Jung said if alcoholics don’t have a spiritual experience they have next to no shot at making it.  In the 1960s it’s well documented Bill Wilson did LSD with author Aldous Huxley multiple times in the 1960s, 30 years after founding Alcoholics Anonymous, a program based on 100% on abstinence.

Alcoholics Anonymous has a controversial success rate. Critics will say it’s way too low at 5-10% for it to be the go-to model for recovery. And while they do have a point, a significant portion of people who show up to 12-step simply don’t do the work. It’s just as in therapy, or anything else really, it’s you in the end who has to make the decision. AA’s defenders will say the success rate of those who do the work and stay involved is extremely high and gets higher with each passing year of sobriety.

Wilson believed psychedelics like LSD could help the hard-cases get the spiritual experience needed to succeed in the program. Much like how psychedelics companies emphasize hard-cases can have the most benefit from their therapy modalities.

Wilson may have been the first to have actually discovered this phenomenon several decades ago. It’s largely been under-reported due to it breaking AA’s philosophy of abstinence, and Wilson’s case would be considered a relapse to most members. But, in looking back, Wilson may one day get credit for his work tying alcoholism with psychedelics.

For now though, all eyes on Cybin.