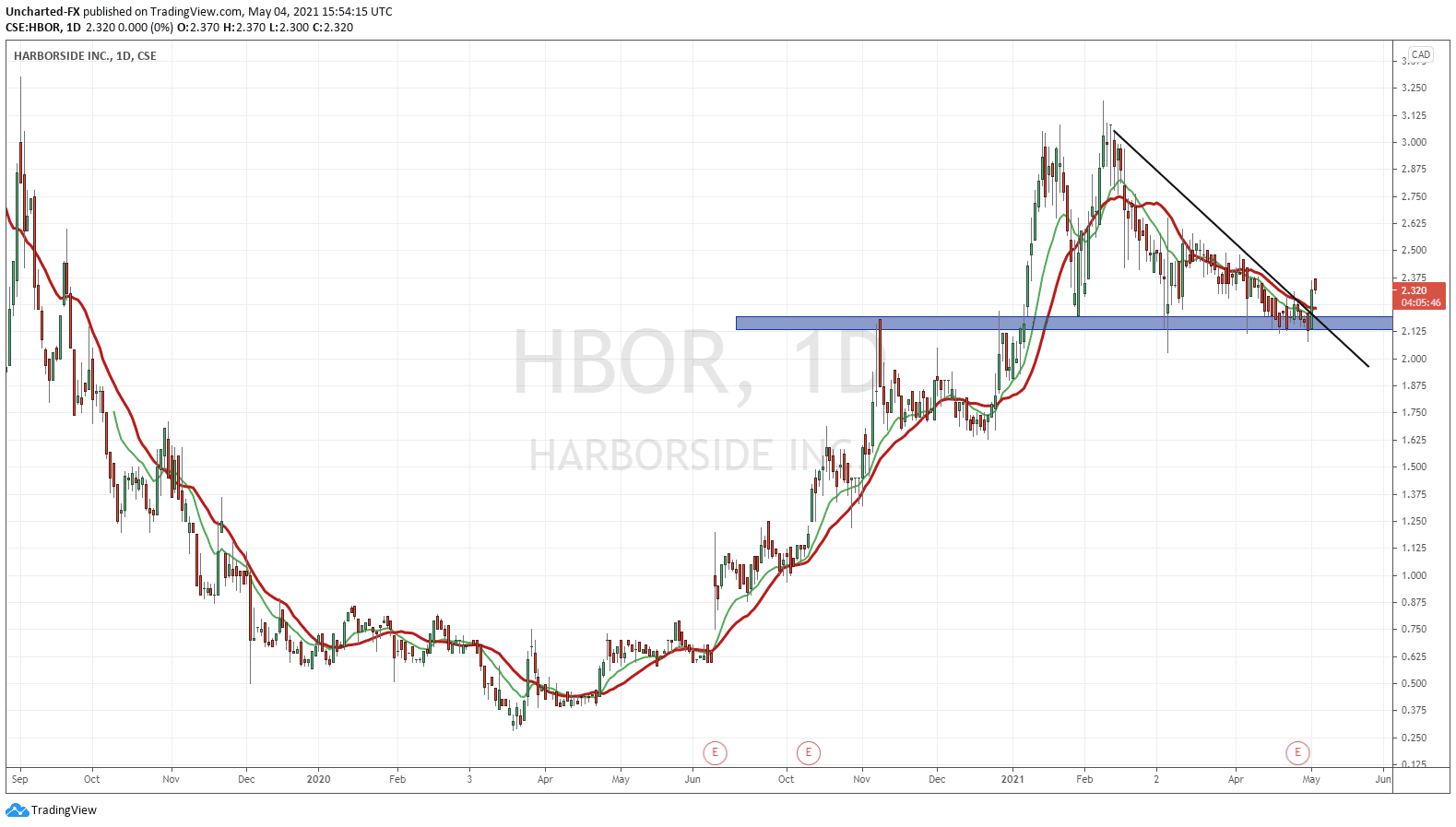 Harborside (HBOR.CN) is a company that operates three big dispensaries in the San Francisco Bay Area, a dispensary in the Palm Springs, a dispensary in Oregon, and a cultivation/production facility in Salinas, California.

Yesterday, Harborside reported financial results for Q4 2020 and the year ending December 31st 2020. Lukas Kane covered the earnings in depth, and you can read the full breakdown here. I will quote some of numbers that stand out:

Readers and members of our Discord Trading Group know the power of flip zones. What is a flip zone I hear you ask? A zone that has been BOTH support (price floor) and resistance (price ceiling) in the past. These are the perfect zones for trend reversals and take profit targets. We have just tested one on HBOR.

Price hit highs of $3.25 before drifting lower to reach and range at the major flip zone at $2.12. This zone is marked in blue. Notice how it has multiple touches as support and resistance.

There is a chance price pulls back to retest the trendline breakout before continuing higher, but HBOR is bullish above $2.12. Next targets would be previous recent highs at $3.25, and then honestly, I don’t see a strong resistance level until $4.00.

This breakout has a combination of technicals and fundamentals. The triangle breakout plus revenues which hit 130% of HBOR’s market cap. The Cannabis sector has lost a bit of its mania feel due to crypto’s and Dogecoin, but legalization in the US still remains the large upcoming catalyst.