On April 27, 2021 Revive Therapeutics (RVV.C) announced it has filed an application with the U.S. Food and Drug Administration (FDA) to receive Orphan Drug Designation (ODD) for Psilocybin to treat moderate to severe Traumatic Brain Injury (TBI).

RVV is a specialty life sciences company focused on the research and development of therapeutics for medical needs and rare disorders.

Earlier this year, RVV and 17 other companies in the United States and Canada joined the first psychedelic exchange-traded fund – the Horizons Psychedelic Stock Index ETF (PSYK.NE).

“Brain Injury occurs at a rate of 500 out of 100,000 individuals yearly in Canada,” reports the NBIA, “From a population of 33,000,000, that translates to 165,000 serious brain injuries per year (rate does not include concussions – or mild traumatic brain injury, military injuries, or unreported cases)”.

“Of those, tens of thousands of become partially or permanently disabled, and more than 11,000 Canadians die,” added the NBIA.

An Orphan Drug Designation (ODD) status is given to medicines developed for serious conditions that require significant investment.

The Orphan Drug Act grants special status to a drug or biological product to treat a rare disease or condition upon request of a sponsor. 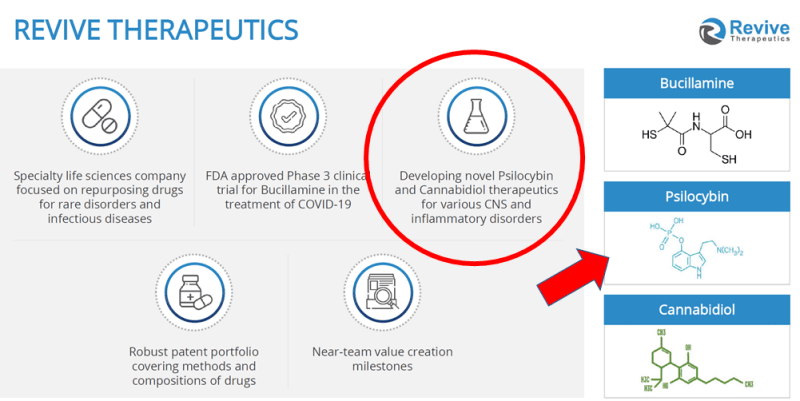 “There are no FDA approved treatments for cognitive impairments due to TBI,” confirms RVV, “Moderate to severe TBI is a subset of TBI and can lead to a physical, cognitive, emotional, and behavioral changes over the course of a person’s life.”

Unlike degenerative diseases that can stalk you for decades, TBI typically strikes like a malevolent thunderbolt.

A bicycle ride to the grocery store can turn a gregarious young scientist into an irritable confused patient, incapable of working, socialising or reading.

In 2011, a young woman named Siobhan Pimlot fell 20 feet onto her head.

“A nurse who saw my accident thought I was dead,” recalled Pimlot in a well-written blog, “I became susceptible to further brain injuries, and since then I have suffered a further five”.

“I have communication problems,” added Pimlot, “I am partially deaf which is getting worse, and my memory is getting worse. Once I even forgot how to tie my shoelaces. Because of my first brain injury, quite a few of my friends stopped being my friends.” 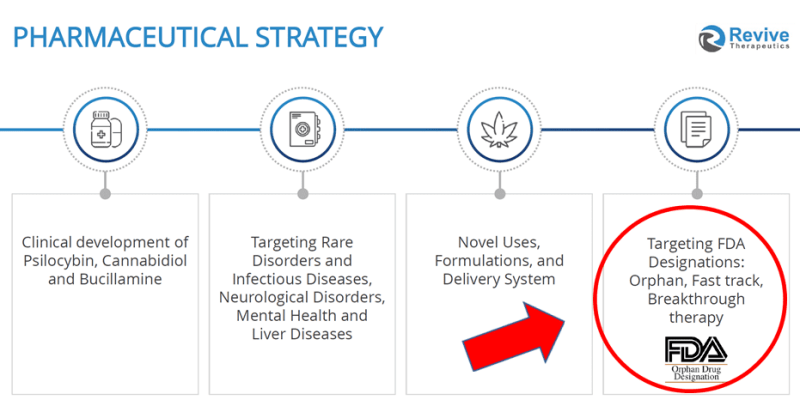 “Psilocybin offers a potential solution to manage moderate to severe cases of TBI,” stated RVV, “Psilocybin has the potential with its neuroreparative effect to improve loss of cognitive function after TBI lessening disability”.

“The FDA orphan drug application for psilocybin to treat moderate to severe TBI is an important milestone for Revive as we focus on building a robust product pipeline focused on novel uses and delivery forms of psilocybin to treat significant unmet medical needs,” states Michael Frank, CEO of Revive.

“We are currently seeking to evaluate psilocybin in a clinical trial for moderate to severe TBI and advancing our development of a proprietary oral thin film psilocybin product for the potential treatment of certain neurological disorders, such as brain damage caused by all forms of TBI and stroke, and other related mental health and substance abuse disorders,” added Frank.

Five weeks ago, RVV announced it filed a patent application with the United States Patent and Trademark Office (USPTO) on an oral thin-film (OTF) delivery system to be used for psilocybin https://e4njohordzs.exactdn.com/wp-content/uploads/2021/10/tnw8sVO3j-2.pngistration.

“The research was conducted in partnership with the Reed Research Group at the University of Wisconsin-Madison,” reported Equity Guru’s Piers Eaton.

“Revive is currently in discussions with a leading OTF manufacturer for a scale-up as they eye FDA phase I and II clinical studies for treatment of mental illnesses, neurological and substance abuse disorders,” added Eaton.

“Revive is one of the early entrants to the burgeoning shrooms/psychedelics/psilocybin industry, a business that is so early it’s not yet legal,” wrote Chris Parry on March 20, 2020, “You could roll your eyes at that, but there are plenty of indicators to suggest the shroom movement will land quicker than medical marijuana did”. 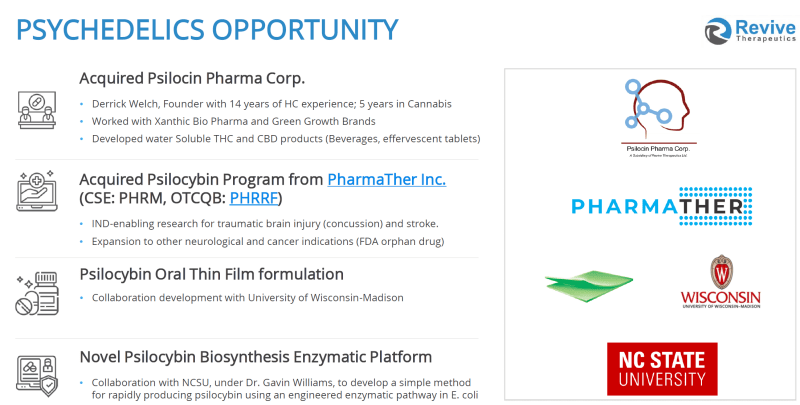 The FDA defines rare diseases as those affecting fewer than 200,000 people in the United States at any given time.