Blackhawk Growth’s (BLR.C) wholly owned subsidiary, Spaced Food, has signed a definitive distribution agreement for Canada, dated effective March 18, 2021. The agreement was signed between the Company and a licensed producer of cannabis operating in Canada, Europe and the Middle East.

“the revolutionary Spaced Food product line is about to elevate what consumers expect to see in a cannabis edible. I look forward to updating shareholders as we bring Spaced Foods coast to coast,” commented Frederick Pels, CEO of Blackhawk.

Spaced Food products are certainly out of this world, boasting a diverse portfolio of ‘shelf-stable’ cannabis infused edibles. According to the distribution agreement, the approved SKUs include Spaced Food’s Astronaut Sorbet, Cosmic Cheesecake and S’more Blasteroids. Astronaut Sorbet and Cosmic Cheesecake offer consumers a delectable high, dosed at 10mg of THC per piece. On the contrary, S’mores Blasteroids are intended for micro-dosing and will have you slowly orbiting Saturn’s rings.

Blackhawk definitely deserves some credit for thinking outside of the box and developing a truly innovative take on edibles with some premium marketing to boot. Honestly, Spaced Food’s product names are enough to make me concede and admit that their space puns are far superior to mine. There are plenty of cannabis brands and products on the market, however, very few companies have overcome the obstacle of shelf-life. Meanwhile, Spaced Food’s Astronaut Sorbet is advertised as a shelf-stable “ice cream” that requires no refrigeration. If that isn’t considered wizardry then Hogwarts is full of shams.

Personal feelings aside, Spaced Food certainly has a supportive community of consumers. The product line has been accepted for sale in the province of British Columbia (BC) and is expected to start sales in Alberta and Saskatchewan soon. Currently, Spaced Food’s production capacity stands at 100,000 packages per month which can be increased to 500,000 as other provinces board the Spaced Food spaceship. Through its distributor, Spaced Food has already received multiple purchase orders from Ontario and BC, totaling as astronomical 42,000 units.

In accordance with the distribution agreement, Spaced Food’s distributor will be responsible for all sales and distributions of Spaced Food’s cannabis edibles. Additionally, the agreement covers an initial term of 2 years and requires that 60% of the net revenue, production costs, sales, and transportation will be earned by Spaced Foods. Ultimately, this is a rock solid agreement for Blackhawk that will increase overall sales and brand awareness. There is certainly a market for shelf-stable cannabis edibles that can maintain their potency and Spaced Food is prepared to meet this demand.

Blackhawk has seen its growth explode in the last three months following the success of its Spaced Food subsidiary and a private placement that generated $2.5 million in gross proceeds for the Company. Blackhawk’s stock price is just under a dollar but shows potential for substantial growth in the coming months. 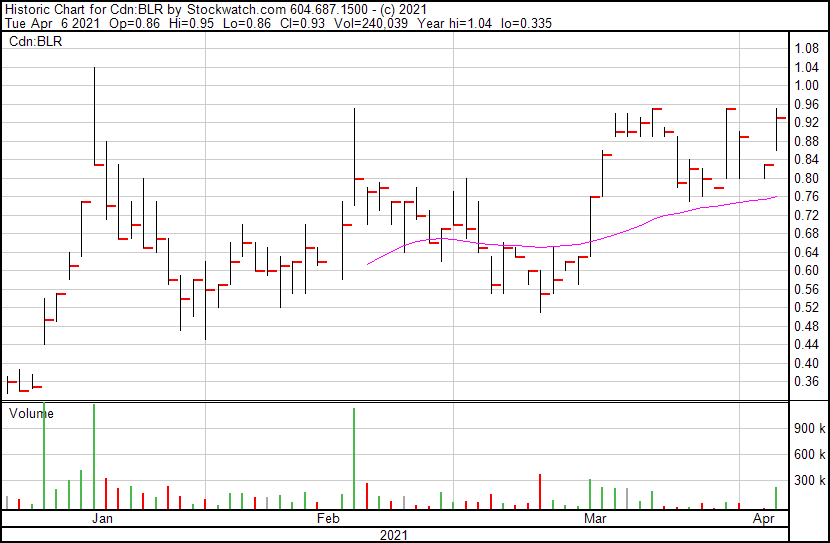