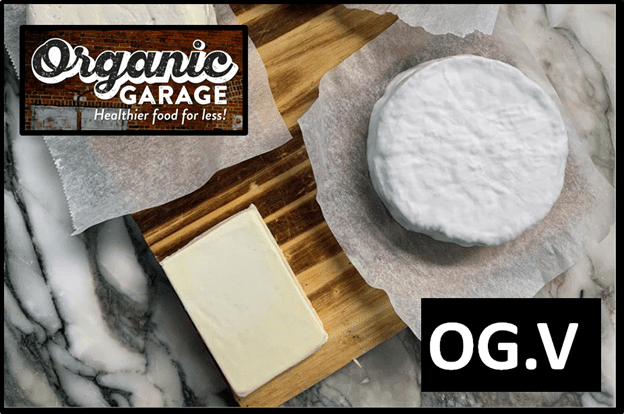 On March 17, 2021 Organic Garage (OG.V) announced that its recently acquired plant-based food company, Future of Cheese has completed recipes and formulations for the initial line of products, and is proceeding to enter commercial production.

Founded in 2005 by a fourth-generation grocer, Organic Garage has an expanding footprint in the Greater Toronto Area.

The 4-outlet chain (about to be 5 outlets) did $24 million in sales last year. The total organic retail market in Ontario is valued at $1 billion.

“Organic Garage has largely de-risked their deal,” wrote Equity Guru’s Chris Parry on February 13, 2021, “Two stores doesn’t bring you many favours from suppliers, but five turns the screw on those vendors somewhat harder.”

“Six weeks after the company began to get noticed by investors, OG announced its first real baller move,” added Parry, “to acquire an actual plant-based product line, thereby allowing them to make money from their competitors’ brick and mortar stores, as well as their own”.

The Future of Cheese – now an OG subsidiary – is a Canadian plant-based cheese innovator and manufacturer led by hot shot cheese makers and Chefs. 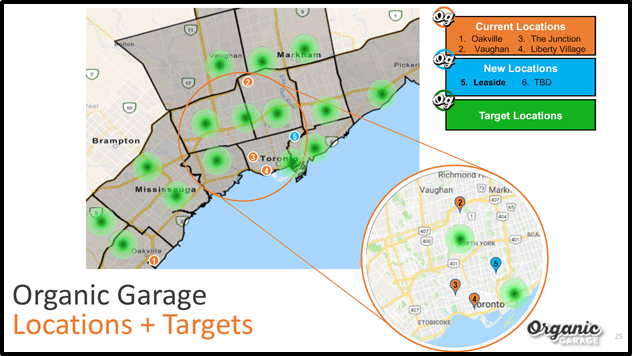 The organic food industry has a massive tailwind.

You can see this on the shelves of your local supermarket, and at the agricultural level.

Due to the encroachment of suburbs, arable land is being lost at the rate of over 38,000 square miles per year, while land devoted to organic farming is increasing.

“The North American organic sector posted a banner year in 2019, with organic sales in the food and non-food markets totaling a record $55.1 billion, up a solid 5% from the previous year”.

Within this macro-trend, the market for non-dairy butter and cheese has multiple demand drivers.

“Primary lactose intolerance is caused by a decrease in lactase production with age, so that lactose becomes poorly absorbed,” states Healthline.

“Lactose intolerance affects 5–17% of Europeans, 60–80% of Africans and Asians and around 44% of North Americans” added Healthline.

Any company that can produce a delicious non-dairy cheese is going to make bank. 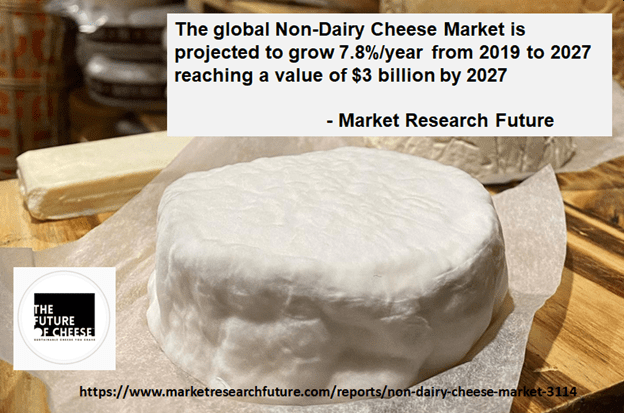 The first OG Future of Cheese products will be launched this spring with domestic retail and food service partners.

They will include a rich, cultured plant-based butter, followed by a cream cheese and a variety of some of the most popular and highly consumed cheeses, made from only the best quality, sustainably and ethically sourced plant-based ingredients.

Assuming these dudes can really make delicious plant-based cheese, we anticipate that consumers will not be sensitive to the price point.

If dairy gives you a gut ache – you’ll buy a block of mouth-watering non-dairy Brie – even if you have re-mortgage your house.

Organic Garage believes the initial offering of its line of butters will not only be adopted by consumers of all dietary preferences, but by the food services industry as well, as a healthy, sustainable substitute for conventional dairy based butters.

“I found that the price premium being charged on organic groceries was artificially high,” stated Lurie, “It was pushed it to a point where the average consumer felt that they couldn’t eat organic, because it was outside of their budget.”

“We felt that there was a gap in the market. We started organic garage to lower the price points. You can come into one of our stores, shop organic and all natural and find something that’s going to fit your budget”.

“The potential on the plant-based side is increasing as people not only start to like the flavor profile, but start to understand the environmental benefit,” explained Lurie in relation to the Future of Cheese acquisition, “We see a huge opportunity to vertically integrate.” 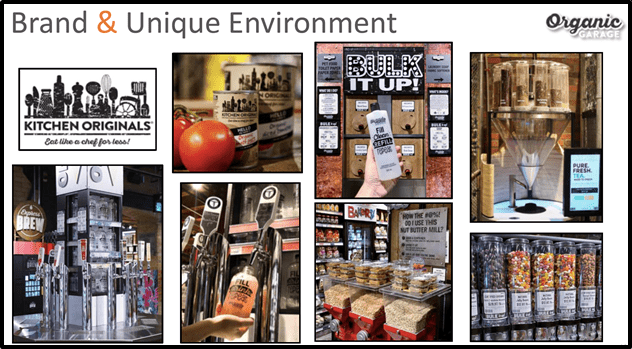 “Side by side our plant-based butter tastes and performs in the kitchen as well as conventional dairy based butters,” stated Craig Harding, Co-Founder and Culinary Director of Future of Cheese.

“The appetite for plant-based dairy alternatives continues to rapidly grow,” added Harding, “Products like ours that deliver the same flavour and cooking traits as traditional dairy-based products will quickly become leaders in this multi-billion-dollar industry.”

“We are very excited to be nearing the point when Organic Garage customers will be able to purchase and experience The Future of Cheese products, and what we believe is the future of non-dairy food alternatives,” stated Matt Lurie, CEO of Organic Garage.

“In Ontario alone, there could be 25 or 30, Organic Garages,” Lurie told Vance on February 16, 2021, “If we look at BC, for example – an epicenter of the organic movement – there is a huge opportunity there.”

“So there’s lots of runway for us to continue to add stores on the Organic Garage side, not to mention the other exciting stuff we’re doing on the plant-base side.”