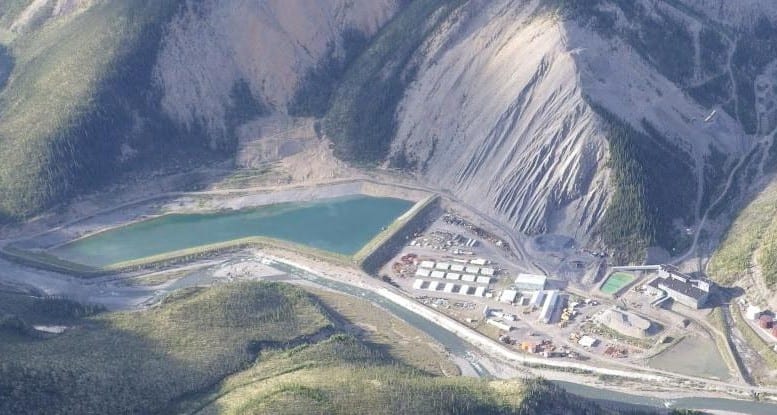 Globex Mining Enterprises (GMX.T) has announced and agreement to sell its Mid-Tennessee Zinc Mines royalty to Electric Royalties (ELEC.V) in return for $13 million in cash and 14.5 million shares of that company.

The shares in ELEC are worth $5.22 million at the time of writing, bringing the total deal to over $18 million in value.

Globex’s decision to sell the two royalties to Electric Royalties has allowed them to dramatically increase their cash on hand. Prior to the agreement, Globex had more than $10 million to spend. When the ink dries, they will have over $23 million, or $30 million when factoring in the stock value.

Globex has no debt outstanding, so the news leaves them fairly flush with spending power.

The agreement also contains a provision which would have Electric Royalties pay Globex $1 million should the price of zinc rise to or above a price of $2.00 USD per pound for at least 90 consecutive days.

The deal begins with a $250,000 payment from Electric Royalties to Globex and a 90-day due diligence period. If Electric Royalties follows through with the above-described deal then the $250,000 will be deducted from their cash payment but, if they decide not to complete the deal, Globex will keep that initial payment.

With 192 assets and over 70 royalties, this cash infusion gives Globex the resources to begin developing the most promising assets on their books. Although the Mid Tennessee Zinc Royalty project was Globex’s only currently operating mine, they have a handful of sites they describe as having medium-term potential, most of which are in Quebec, and which can now be quickly moved forward.

GMX specializes in acquiring high-quality mining assets, improving them through exploration and intellectual input, and then profiting off the assets through outright sales, royalties, or options. This deal is a prime example of successfully improving the value of an asset and then profiting off it. The complete purchasing price of the royalties was $16.3 million in 2007, and this deal will bring in either $18 million or $19 million, on top of any payments made for their Gross Metal Royalty since the 2007 acquisition.

With all the cast GMX now has on hand, they can work to improve existing assets to increase their value or purchase new assets for future returns.

Since CEO Jack Stoch took over the company in 1983, the company has been disciplined with their shares and have not issued any rollbacks. They maintain a tight cap structure, with only 54.63 million GMX shares outstanding (57.5 million fully diluted). 11.03% of shares are owned by management, meaning there are only a little over 5.1 million shares on the open market.

Management’s discipline regarding the issuing of shares shows they look out for their investors’ best interests.

Electric Royalties is a royalty company aiming to take advantage of the drive for electrification by owning resources needed for the production of electric batteries and other green technology.

Trading was halted yesterday in anticipation of the announcement and was resumed this morning. The stock has since shot up. In the first half-hour of resumed trading, the stock has already had more than double its average daily volume. 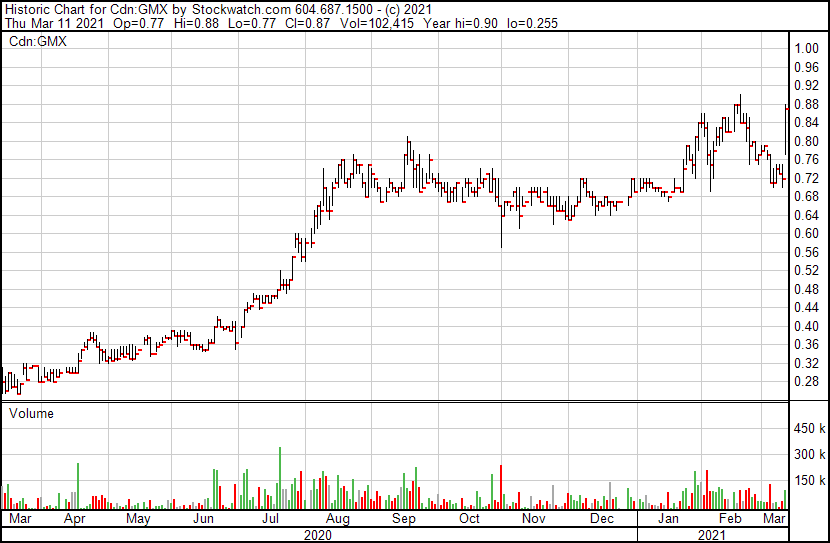 This may not be the only news to emerge from the Globex camp over the comping weeks, as the company also announced they are currently working to finalize a number of potential property options to other parties.