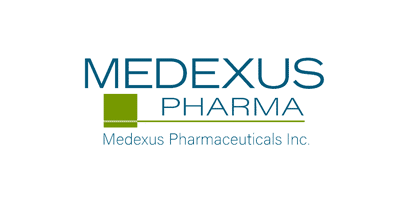 Buckle up everyone, and get excited – let’s break down Medexus’ latest press release with all its technical details.

This is a two-parter, because Medexus not only has closed an important deal that has relevancy for blood cancer treatments, but it’s also upsized its current financing – a financial move that’s indicative of the growing awareness of investors for the potential held by this up-and-coming biosciences company.

Medexus, the Company, and its wholly-owned United States-based subsidiary Medexus Pharma, Inc. (henceforth referred to “Medexus Pharma” or the Company) have entered into a Commercialization and Supply Agreement with medac Gesellschaft für klinische Spezialpräparate m.b.H. (“medac”), pursuant to which medac has granted Medexus Pharma an exclusive license to commercialize treosulfan in the United States (the “License Agreement”).

Big words, a German company, and a mysterious pharmaceutical drug? Don’t fall asleep on this just yet.

Treosulfan is a bifunctional alkylating agent, a drug used as part of a conditioning treatment for patients undergoing allogeneic hematopoietic stem cell transplantation. That particular long and scary series of words is actually a treatment you’re likely already familiar with.

Hematopoeietic cell translation is also called bone marrow or stem cell transplantation), and is a treatment used in some types of cancer – particularly involving malignancies of the blood.

Allogeneic treatments of that kind use a donor’s bone marrow or blood.

Given that we’re discussing the treatment, you’d be right to assume that there’s a drug that currently exists for this treatment, similarly to treosulfan, and it’s called busulfan.

You know us, here’s a comparison of the two drugs: the current one in operation, and the new one Medexus is bringing to our attention.

(reduced intensity conditioning is a cancer treatment where the patient is given lower doses or different types of chemotherapy or radiation for your conditioning treatment. The purpose of reduced intensity is to kill only some of the cancer cells and partially suppress your immune system, with the goal of therefore decreasing the overall risk for transplant-related complications. Source: Mayo Clinic)

This study demonstrated that non-inferiority (don’t worry, we’re defining this next) was achieved in the treosulfan group compared to the busulfan group, with respective margins of 64.0% and 50.4%. Not an insignificant difference, certainly, but in what?

Most trials are divided into two groups. Think back to your high school science classes: a trial’s two groups are usually divided by whether the trial members are receiving a placebo or the drug.

A non-inferiority trial does not use an ineffectual placebo, however, and instead is testing for whether a test product is not worse than the comparison drug by more than a small pre-specified amount – known as the non-inferiority margin, or delta.

Effectively, we’re comparing different options for the same condition, and trying to see if there is enough of a medical advantage in using one over the other one.

In other words – this study is great news for Medexus, who now has the exclusive Licensing Agreement for this new drug treosulfan through its collaboration with Medac!

Next steps are then going through the FDA approval process, a date of review for which has already been scheduled for August 2021. This speedy review date comes in under the PDUFA (the Prescription Drug User Fee Act), a law passed by the US Congress in 1992, allowing the Food and Drug Administration (FDA) to collect fees from drug manufacturers to fund new drug approval processes. In essence, like most things in the world – a fee is paid (by the applicant company) to the FDA which allows the agency to expand its resources, and triggers a faster application process for the applicant.

It should be noted that in April 2015, the FDA had already granted Medac Orphan Drug designation for treosulfan. In accordance with the Orphan Drug Act, seven years of exclusivity is expected upon FDA approval. The creation of an Orphan Drug Status was to encourage companies to develop treatments and drugs for rare diseases, through a profitable exclusivity term system.

In Canada, Health Canada has already authorized Medexus’s distribution of treosulfan in March of 2019.

All of which to say – this is a drug with immense medical and financial potential.

The comparative drug busulfan is the current market leading alkylating agent for allo-HSCT, despite not indicatively used in AML or MDS patients. Furthermore, prior to becoming generic in 2016, busulfan peaked in annual sales of US$126M in the United States.

The Center for International Blood & Marrow Transplant Research (CIBMTR) estimates a growth rate of 3% year over year of the 9,000 some allo-HSCT procedures in the US in 2018 – and that’s before we add the 14 000 autologous-HSCT procedures which routinely feature the same sort of conditioning regimens that include alkylating agents (data also from 2018).

Adding all of that together, once(and if) Medexus successfully receives FDA approval for treosulfan, this exclusive licensing agreement will likely result in the largest revenue generator for Medexus at this time.

Again, this is all happening with the simultaneous announcement of the upsizing of Medexus’ Bought Deal Public Offering from $20M to a cool $28.3M. Underwriters of the deal have agreed to purchase on a “bought deal” basis “3,984,078 units (the “Units”) of the Company at a price of $7.10 per Unit (the “Issue Price”)”. “Each Unit will consist of one common share (each a “Common Share”) and one-half of one Common Share purchase warrant (each whole Common Share purchase warrant, a “Warrant”). Each Warrant will entitle the holder thereof to purchase one Common Share at a price equal to $10.00 for a period of 24 months following the Closing Date (as defined below)”

That’s a hefty share price for our typical fare on this site. (hint: Get excited!!!) Plus, the co-lead underwriters Raymond James Ltd. and Stifel GMP add a strong flair of credibility to this entire deal – before we take into consideration word on the street that they were hardly the only bidders.

On Medexus’ end, it intends to use the net proceeds to fund certain payments owed to Medac under the commercialization and supply agreement, as well as for working capital and general corporate purposes.

We haven’t shied away from expressing our admiration for the company in the past. Not only are their medical goals worthy of praise – pursuing orphan drugs is always something of which we morally approve! – but this is yet another feather in the cap of a company showing evidence of well-considered financial strategy, aware of its position of being poised to become one of the leaders in speciality pharma. 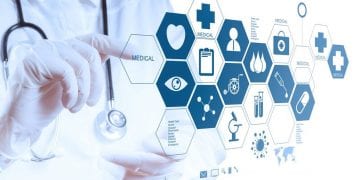 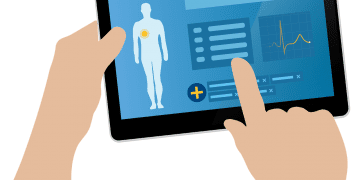