Never ruin a good mining promotion by drilling it, the old Canadian public markets adage goes. Alas, it looks like Gold Mountain Mining (GMTN.V) is hellbent on killing the joke. They’re not just doing work on their gold property, they’re setting timelines for having all the necessary pieces in play to move toward production, within six months.

And the CEO isn’t hiding down page or hedging his bets; his words open the corporate update and get right to the business at hand.

Over the next six months our goal is to finalize the details required to bring the Elk Gold Project into production, as well as look to continue onto Phase 2 of our drill program.

That aggressive timeline doesn’t suggest GMTN will be pulling ore out of the ground in a meaningful way in six months time, but it does suggest the company is quickly moving toward being permitted for small scale production, the revenues from which will help the company explore outwards and grow faster than they might if they spent another few years drilling.

Usually, explorers will keep drilling until they have such a large mineral resource, or sizeable, profitable-looking PEA, that other, larger explorers might come in looking to take over. But GMTN CEO Kevin Smith has no time for ten-year plans. He knows there’s ore out there, knows where a bunch of it is, and feels like he can set GMTN up to start small, and scale fast.

Our technical team continues to assess similar underappreciated, high grade deposits here in British Columbia, and the greater Canadian region, that have large historic investments in resource development and require relatively low CAPEX to get into production.

This is normally where I’d get in the weeds with technical information, but I’m going to go the other way on this one. Gold Mountain’s pitch is really simple and the antithesis of most other gold explorers, and it makes it the perfect ‘introduction to resource investing’ for those of you who don’t usually bet on rocks.

Not GMTN. CEO Kevin Smith is taking the viewpoint that, if you know where gold sits, why not just start getting at it? Why wait for three years and six financings and another 300 drill holes just so you can claim it’s bigger than it is now? Why wait, when gold prices are high today? Why not let your production efforts double up as literal exploration, guiding your shovels along veins as they are revealed to the open air?

If you’re a starter mining guy, someone who gets that gold prices are high but doesn’t get geophysics would rather not get heavily into preliminary environmental assessments, if you like the idea of yanking ore out of the ground this year, rather than watching prices duck and dive and spike and run over the next five years, this is an important business model.

While Gold Mountain isn’t the first company to try it – Integra Gold turned a zombie apocalypse past produer project in Quebec into a fat exit a few years back by enacting the same ‘dig into where we know the gold is now, expand with the profits as we go’ mindset – the GMTN business model does involve some risk. Obviously, the more drills you drop into the ground, the more educated your digging is going to be down the line.

But GMTN has a ton of drill data in front of it and, chances are, if they went for the homerun plan, the first year or so of drilling they’d have to do would be twinning what’s already been done before, so it would technically qualify as an addition to their resource estimate. That progresses your paperwork – not your knowledge.

As an investor, I see resource companies as horses trying to make it to the Grand National. They don’t get there winning one race, they get there by competing in, and winning, ten races. Does the ground indicate there’s metal around? Can they spot it from the air? Can they see it walking the ground? Do samples show good things in the lab? Can they raise the money to drill? Can those drills find veins? Can they find enough, and close enough, to put together a resource estimate? Is there enough to make production profitable? How much will need to be raised and spent to get there? And does the commodity market bring a high enough price for the mineral in question to make all of that even worth trying?

If your explorer hits each one of those steps out of the park, they can reach the Kentucky Derby; production.

That process, at an average, can take 10-years to play out, and during that time will see entire shareholder bases come and go. In fact, the reason GMTN has this property to begin with is, someone else went through that process only to find the price of gold dipping before they could get to the finish line. Heck, several previous owners did. In their efforts to get swole, the clock ran out on them.

GMTN isn’t going out like that. They know where a good grade of gold is, so they’re getting after it ASAP.

As an investor, that’s like getting a chance to buy into the syndicate that owns the race horse, a week before it starts at the Derby.

We don’t necessarily have a long form guide, it’s true, but she’s at the starting line and most don’t get this far.

Gold Mountain opened it’s trading a week ago and has held a high line in the days since. Pre-listing financing investors are above water and trading volume is solid – and growing. 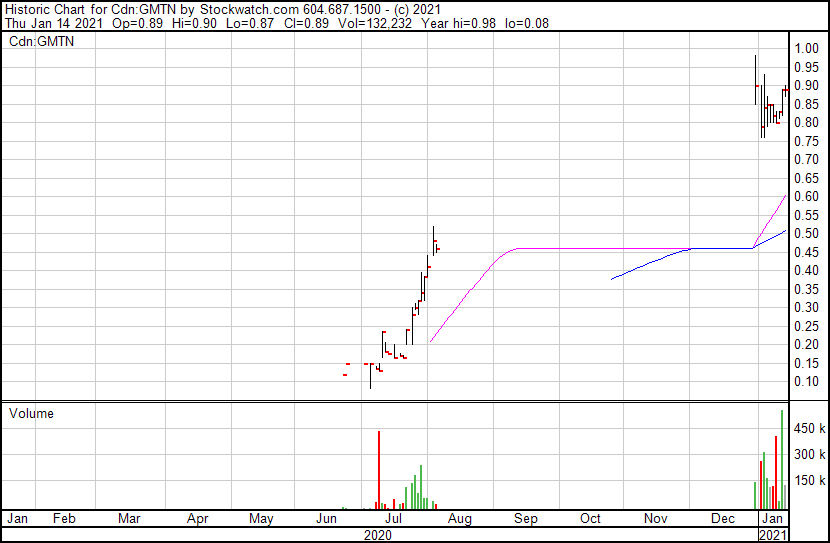 This tells me people were listening when we told the story of this company a few weeks back, and have been adding in the time since.

You’ve heard resources are looking bullish, no doubt, and you know gold is the mama of minerals. That doesn’t mean every gold explorer is going to get a charge in the pants, because most of them are 8 years from production – IF everything they do in the next seven years goes right.

Six months, peeps. GMTN is set to have its paperwork handled within six months to kick some dust up and ship some ore.

Enough to make a dent in the world commodity markets? Unlikely. Hell, we might not see enough produced early on to do much more than guide the bulldozers as to where they should go next.

But you can drill a hole to see if there’s gold underground, or you can dig the ground and get at it. The only reason you wouldn’t do the latter is if you didn’t know what the ground held. GMTN has some idea – enough to take a bold chance and potentially leapfrog 6 years of competitors.

The risks are heavier, but the startup costs are miniscule. I’m ready to ride that risk a little. 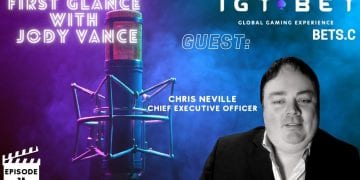