Core One Labs (COOL.C) acquires 100% of a synthetic psilocybin company

On Christmas Eve, 2020 Core One Labs (COOL.C) announced that it has entered into a deal to acquire 100% of Vocan Biotechnologies – a Canadian-based genetic engineering company that is developing a proprietary low-cost production method to biosynthesize GMP-grade (good manufacturing practices) psilocybin.

“Instead of growing mushrooms and extracting the psilocybin (which isn’t cheap), Vocan says they have a patent-worthy tech that would allow them to synthesize it (which would be cheap), and at a price that would allow them to provide base synthesized psilocybin to any drug company that wanted to include it in a treatment of their own,” stated Equity Guru’s Chris Parry on December 3, 2020.

“Big, in that it would wreck the business models of half the shroom companies out there raising money right now, as they promise to produce shroom juice when the law makes that doable.

In essence, Core One could be to shrooms what the multi-billion dollar GW Pharma (GWPH.Q) is to cannabis medication.

And that Cannastrips production line would be easy to tweak to provide psilocybin strips, dealing precise dosage for medical patients, of which Core One has a database of 200,000 stemming from their recently completed purchase of the Rejuva and Shahcor medical clinics in BC.

LDS CEO Brad Eckenweiler angered shareholders and exhausted IR guys, taking years to get Cannastrips off the ground and botching a potential merger.” – End of Parry.

LDS shareholders are famous for being loyal and patient.

With new management, new ticker symbol, new business model, there was a wave of hope combined with counter-currents of anxiety.

“This STILL hasn’t traded since July,” fretted one shareholder on a vibrant investor bull-board, “I can’t get through by phone to the company, which told me months ago, we’d be trading a long time ago.

In addition, there’s been a total news blackout, other than to mention a recent proposed acquisition. What is going on? WHY ARE WE STILL NOT TRADING?  Does anyone know what is going on?” 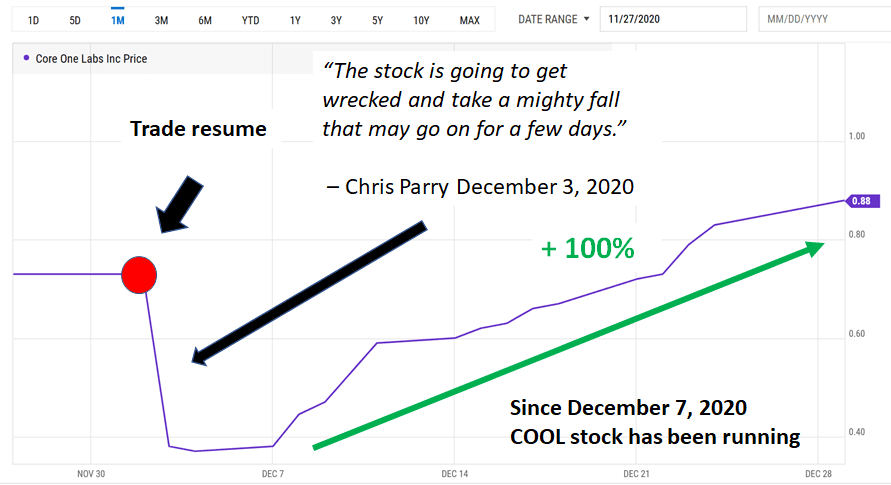 “Core One will sell, and has sold, non-core assets (hence the name?), leaving the one they really value – that strip making facility,” reported Parry on December 11, 2020, “That facility will be utilized to make strips for the shroom sector. Simple synthetic psilocybin strips, with a constant dose, easy application, and fast onset”.

As someone who once over-dosed on psilocybin mushrooms (the local dealer, “Mad-Mushroom-Mike” advised me to eat “a generous handful”), I will attest that the issue of dosage is paramount.

Back in the day, this writer drove out to the California desert to inspect the Cannastrips technology (then owned by LDS). 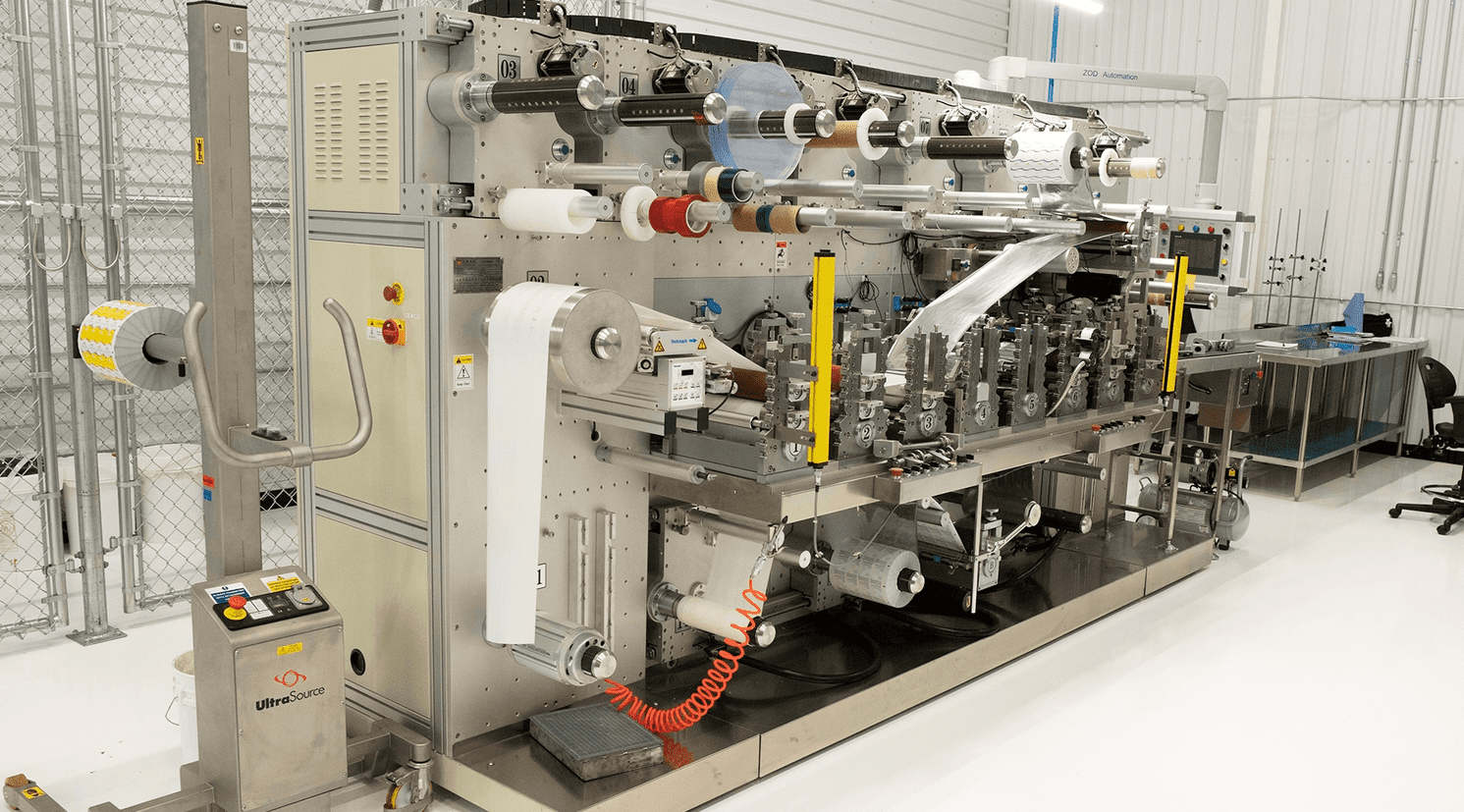 “Vocan’s mission is to use science and proprietary technology to advance the knowledge of natural-based medicines for the treatment of mental health illnesses and addictions,” states COOL.

Vocan’s team of scientists – specializing in protein expression and  – have discovered a patentable method of producing psilocybin, the active ingredient in psychotropic mushrooms.

Biosynthesis is the creation of organic compounds within a living organism.

Dr. Robert E.W. Hancock, the CEO of Vocan, is a leading researcher at the University of British Columbia, a Killam professor of microbiology and immunology, and a Canada research chair in health and genomics.

“Mr. Shacker has a history of building significant revenue generating companies,” reports Psychedelic Finance, “His most recent success was Thoughtful Brands where to date it has raised over $10-million and in 2019 did more than $29-million in revenue on EBITA.”

No finders’ fees or commissions are payable in connection with the acquisition. An administrative fee of 235,000 common shares is owing to a 3rd party consultant who will be assisting with completion of the acquisition.

Estimated Market price of synthetic psilocybin used in clinical trials is $7,000 to $10,000 USD per gram.

That make it 100 x more expensive than gold, by weight.

In a post-legal environment, it’s likely to be cheaper.

Core One believes that using its E. coli biosynthetic expression system, pharma-grade psilocybin can be produced cost effectively and accurately, and purified, for a fraction of the cost of other methods.

The mushroom sector is evolving.

So is this company. 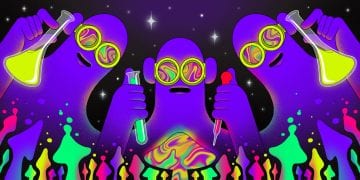