Today has been a big day across the board for cannabis and cannabis-legalization supporters, who saw yet another barrier collapse in prohibition culminating in an armistice in the war on drugs. Specifically, the United States congress voted to support the Marijuana Opportunity Reinvestment and Expungement Act (More Act).

Congress is only the first step. If this bill passes the senate and gets the presidential nod, it will effectively decriminalize marijuana, but also remove it from the list of scheduled substances under the Controlled Substances Act, and eliminate criminal penalties for manufacturing, distributing and possession of marijuana.

The bill also makes other changes, including the following:

Of particular interest is the second to last point in that bullet-point list, wherein the act establishes a practice to expunge existing convictions related to cannabis offenses, which has been the raison d’etre of the Last Prisoner Project since it’s inception.

A historic moment in the House.

Today, we acknowledge & celebrate the hard work & dedication that got us to this point.

Let’s be clear about one element, though. The passage of the MORE Act won’t legalize cannabis nationwide. Instead it will work to end the criminalization of cannabis-usage, which has put over 600,000 people in jail every year. A study performed by the Last Prisoner Project determined that criminalization is counterproductive to public health and safety, and has culminated in destroying lives, damaged communities, and contributes to the steady narrative of injustice in the United States. Even such, passage of the house is henceforth an improvement and a positive step forward, but there’s still the republican dominated senate to convince.

A handful of cannabis companies, including Trulieve (TRUL.C), 4Front Ventures (FFNT.C), Harvest Health and Recreation (HARV.C) and Body and Mind (BAMM.C) have come out in support of the Last Prisoner Project in some capacity, offering time, money and in some cases, hand sanitizer to help the project achieve its aims.

But there’s more to this issue than the social justice angle, which was enough to sway congress, but frankly isn’t going to be enough to sway the republican dominated senate. Instead, this issue should focus on the opportunity inherent in decriminalization of cannabis, including opening up the floodgates to a multi-billion dollar industry, and potentially enriching states of the union otherwise deeply affected by poverty.

Cannabis companies raised $116.8 billion in 2019, according to cannabis industry research firm Viridian Capital Advisors and that’s with limited state acceptance. Now if cannabis were a full viable product in every state of the union, complete with federal banking options enjoyed by other companies, the opportunity would be considerably larger. The passage of this bill removes those obstacles.

Here’s a Bloomberg take on the issue:

You’re not going to sell republicans on notions of freedom and justice. Donald Trump was the closest the United States has ever come to a dyed-in-the-wool fascist and Mitch McConnell and his troop lined up behind him like dutiful soldiers. Frankly speaking, you can’t really get through congress with an argument like that.  The democrats don’t have the moral high ground here.  But one thing democrats and republicans agree on is greed. If you can appeal to their greed there might be a chance. 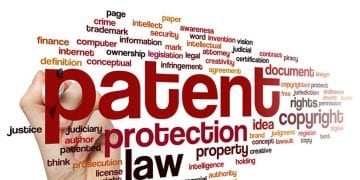 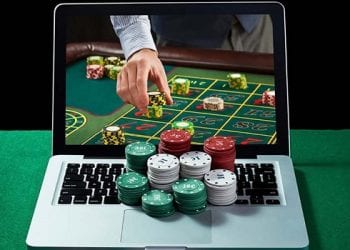 Fansunite Entertainment (FANS.C) has forged a partnership with Vancouver-based compliance and licensing solution OneComply to...