Barely a few weeks after telling the Equity.Guru audience that the timeline on mushrooms would see Pure Extracts (PULL.C) focusing on its core cannabis market, evolving market dynamics and a renewed focus on the potential of psychedelics have seen the company hit the gas on its long term shroom plans.

With interest in functional and medicinal mushrooms climbing sharply, particularly regarding medicinal opportunities, the outlook appears promising for the sector. Pure Extracts has noted recent announcements showing increased institutional interest in the field of psychedelics in general and with a focus on promising mushroom varieties such as psilocybin specifically.

What changed? A few things.

First, the election of Joe Biden to the US Presidency has brought a general belief that drug laws will be liberalized going forward. That comes at the same time as voters in Oregon decided to approve the de-criminalization of all drugs, which gives companies interested in psychedelics a US state to base themselves out of.

As the effects of those two issues began to take holdin the market, several psychedelics names have seen large share price increases.

The U.S. Food and Drug Administration (USFDA) status on the use of psychedelics appears to be evolving, subsequent to breakthrough therapy status for treatment-resistant depression in 2020, which appears poised to receive approvals in 2021. Recent reports also indicate that the global market for functional mushrooms is forecasted to reach $34.3-billion (U.S.) by 2024 and continues growing at a respectable CAGR (compound annual growth rate) of 8 per cent.

Shrrom companies such as 4Front Ventures (FFNT.C) have jumped by more than half in the last month, inclduing a 15c jump Fridayto $1.10, while Field Trip Health (FTRP.C) has rocketed from $2.70 to over $5.00 in the same time. 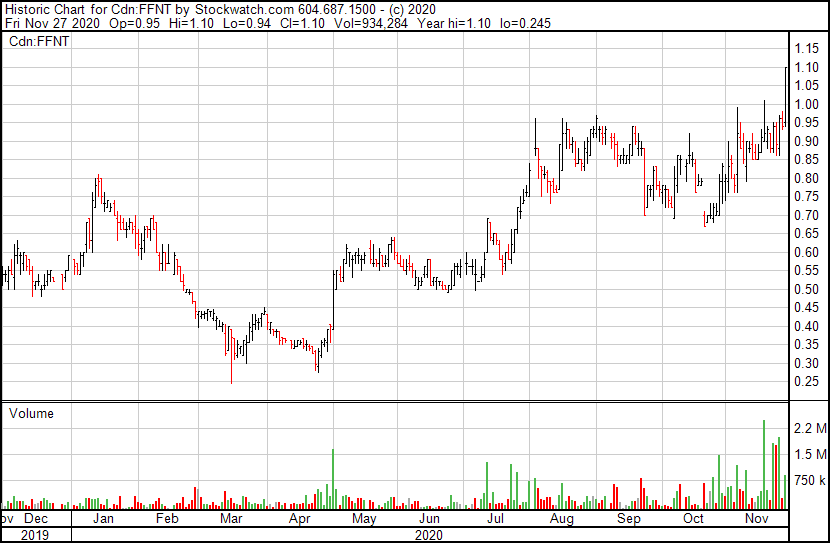 PULL, in comparison, while up in the three weeks the stock has been live, hasn’t yet enjoyed the shroom skyrocket, meaning there’s value to be had. 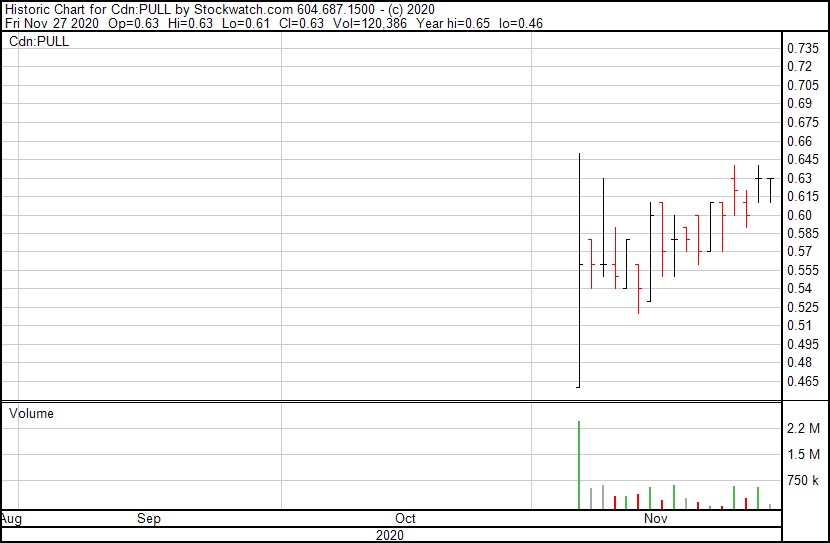 To take part in the shroom sector won’t be a stretch for Pure Extracts, as they’ve said from the beginning their facility and expertise isn’t isolated to cannabis alone. Extracting nutritional and nutriceutical elemnts from mushrooms is possible right now, without any changes to the law, and in fact brings them into a $30+ billion dollar per year market, as things stand.

While multiple companies in the psychedelics sector have no real business to engage in until laws change, Pure Extracts can launch right in without any significant change to their model, or even to their facility.

Pure Extracts has signed a letter of intent (LOI) with one of Canada’s leading functional mushroom wellness brands to co-develop cannabidiol enhanced mushroom products. Looking further ahead, Pure Extracts aims to eventually enter the growing field of psychedelic mushroom processing as an additional aspect of its diverse extraction market penetration strategy. In the interim, three functional products, such as lion’s mane, turkey tail and reishi, are being created under the Pure Mushrooms brand. In herbal medicine, these products are thought to boost memory, support the immune system or reduce stress.

FULL DISCLOSURE: Pure Extracts is an Equity.Guru marketing client, and we have purchased stock in the company.