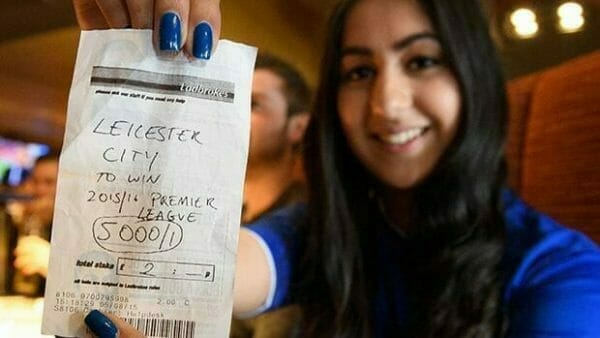 The Canadian government decided earlier this week that maybe they don’t need to be so closely involved in gambling as they once were, and decided to introduce the idea of potentially decriminalizing single-event betting.

Note the hedging language. This isn’t a done-deal yet. If it passes, the legislation will effectively legalize single-event sport-betting products, and give provinces and territories the discretion to manage single-event sport betting in their jurisdictions.

“We are pleased that the federal government has decided to introduce legislation to legalize single-event sports wagering in Canada. This is the first important step to making sports betting competitive in this country, followed by the potential for outside operators to participate in the Canadian market. With our team and global experience in regulated jurisdictions, we are positioned to capitalize on this opportunity if and when it happens.”

I don’t know if you’ve noticed but Canada has gotten itself a reputation as a bit of a nanny-state. It’s a holdover from our days as a colony where we were expected to do what we’re told whenever the black-robbed bewigged types in London said so.

That sentiment never went away when we became our own country. The notion became that Big Papa Government’s always looking over your shoulder to see if you’ve tied your shoes the proscribed way, and whether or not you’ve got your seatbelt buckled, and they’ll make sure you’re not drinking too much and that you’re taking your vitamins. Granted, the hyperbole here is a little thick, but not by too much.

Except it’s getting harder to justify this opinion in recent years. We didn’t follow the United States into an economic meltdown in 2008 because we didn’t give the banks free rein to make their own decisions regarding lending like the United States and other countries did. We don’t have the same widespread gun violence epidemic because we slapped serious restrictions on gun ownership.

Then there’s this guy, the Toronto-based conspiracy theorist who made national news for getting arrested this week for opening up his BBQ shack during the pandemic. He’s made himself the poster guy for this kind of idiotic conspiracy nonsense in Canada, and is really an indictment of governments for the past twenty or thirty years who have systematically devalued public education through budget cuts. 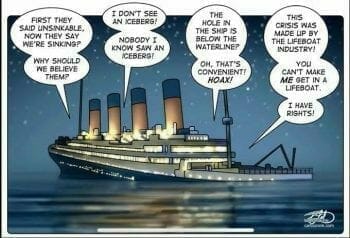 Sadly, the days of Winston Churchill, George Orwell and Christopher Hitchens standing up for the rights of the individual in the face of government overreach are over. Idiots like this guy are the new reality.

The issue here isn’t just about gambling but about the role of government in regulating our private lives. How much is too much? I basically take a utilitarian approach on these issues: if personal freedom maintenance is zero sum—meaning that it comes at a cost to someone else—then the ethical choice is collective action. You take the course of the least harm. If the crime is otherwise victimless, or causes more good for society than harm, then individual freedom should be upheld. Hence, Toronto-conspiracy theorist and his BBQ shack should be closed down because the price of having his shack open is a further spread of this virus. But gambling, and especially single-bet gambling, should be legalized because the benefits outweigh the harms.

Score Media and Gaming (SCR.T)—incidentally incidentally up 44% on the news today—media app theScore estimates the market potential for on-line gaming in Canada is between USD$3.8 billion and $5.4 billion in annual gross gaming revenue, based on historical data taken from legal online gaming markets in the United States and globally.

“Canadians deserve a modernized and regulated sports-betting market and we commend the federal government for their efforts to legalize single-event wagering. There is now clear cross-party support and strong momentum to amend Canada’s outdated federal laws and enable the legal sports-betting market to flourish. As the leading mobile sports brand in Canada, we are eager to bring theScore Bet to our fans and offer them our best-in-class sports betting experience,” said John Levy, founder and CEO of Score Media and Gaming.

If there’s anything we should learn from the war on drugs, it’s that prohibiting the sale of a product will not curtail the market for that product. There’s always going to be a contingent of the population that views laws as impediments to profit and not much else, and they’ll factor in this extra risk of doing business into their cost-assessment. Since it’s going to happen anyway, we might as well benefit from it.

Sports betters already lay down in excess of $500 million a year on companies like Pro-Line, and they’re legal. Meanwhile, the government is missing out on potential tax revenues from the $14 billion going to the black market, through bookies or off-shore online outlets. If there’s anything we’ve learned from cannabis, it’s that the black market won’t be going away just because the government now offers the same service. It’ll spawn competition, but it’s a competitive game that the government can win if they play the game correctly. They are not playing the game correctly with cannabis, but there’s no reason they can’t, or won’t, with gambling.

“The amendments we are proposing today will help create a safe and regulated environment for Canadians who wish to participate in single event sport betting. This bill would also protect Canadians by taking profits out of the hands of organized crime and will help our economy by supporting jobs. These changes also create the opportunity to work with Indigenous people to strengthen their participation in the gaming industry,” David Lametti, minister of the Department of Justice, said in a statement.

The difference is in the worst case scenarios. With unregulated legal gambling, you gamble your life savings away. Maybe lose your house. Your spouse leaves you and you have to start over with nothing. It’s terrible and it happens to people. But we live in Canada and we like to regulate. You can anticipate limits on what you can gamble. Maybe they’ll only let you gamble away your car.

“We’re very supportive of the move to legalizing single-event betting. Jurisdictions around the world are modernizing their gaming regulations to reflect today’s global gaming market and Canadians — and the country’s operators — should have the same ability to place bets as their international peers. The reality is that many Canadians are already placing single-event bets today but through illegal black-market channels that make them vulnerable. This proposed legislation will move a significant portion of these activities to a safer, more regulated environment that better protects Canadians’ interests while also ensuring a level playing field for Canadian operators,” said Rob Godfrey, board member at Bragg Gaming (BRAG.V).

In the black market worst case scenario, your life savings and your house could still disappear, and your spouse could still leave you, but there’s no gambling anonymous and the chance to start over. Instead, you owe money to dangerous people and you’re starring in your own film noire, except the credits don’t roll until you’ve become another statistic on the nightly news.

It seems like Trudeau’s making the utilitarian choice here.